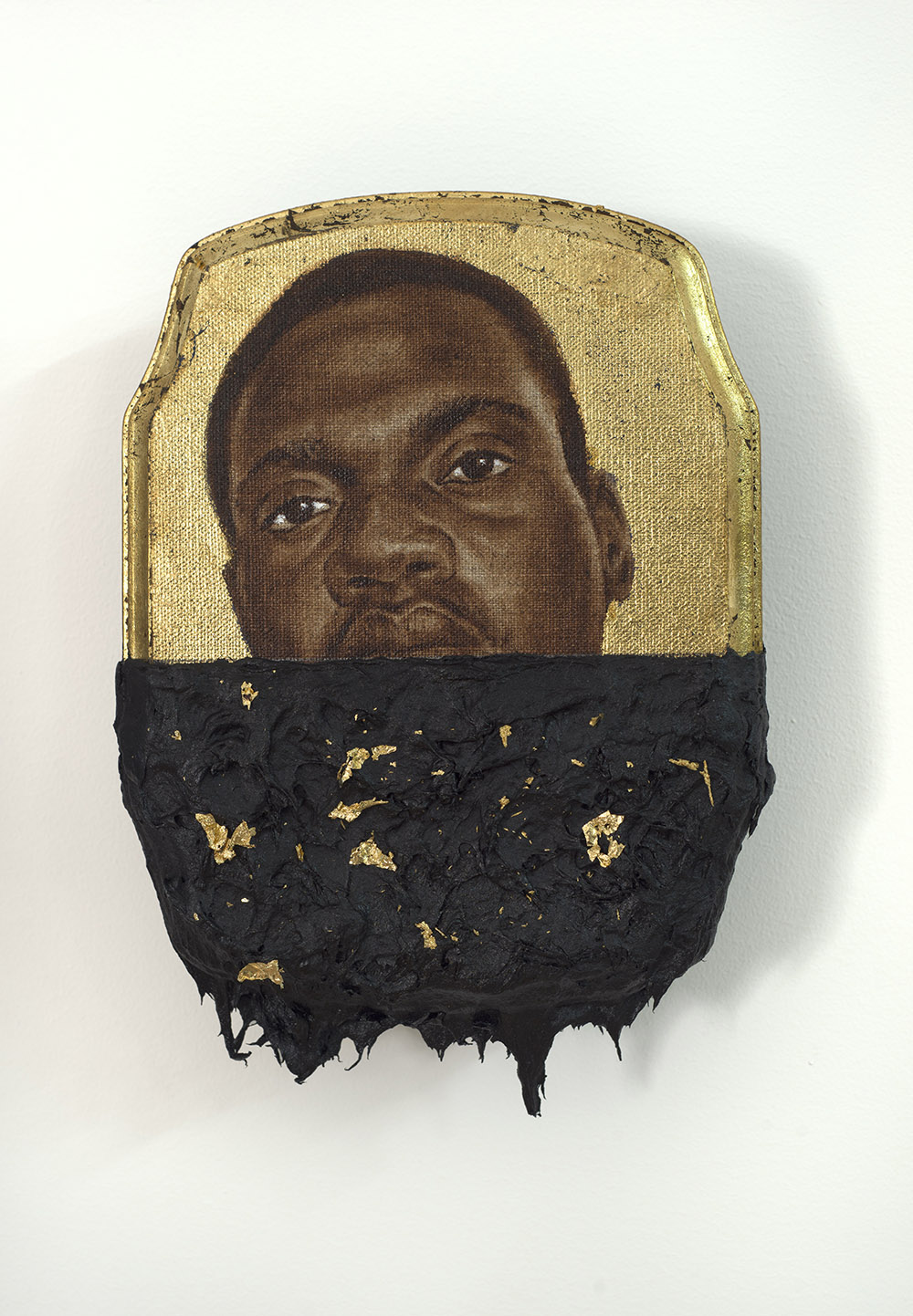 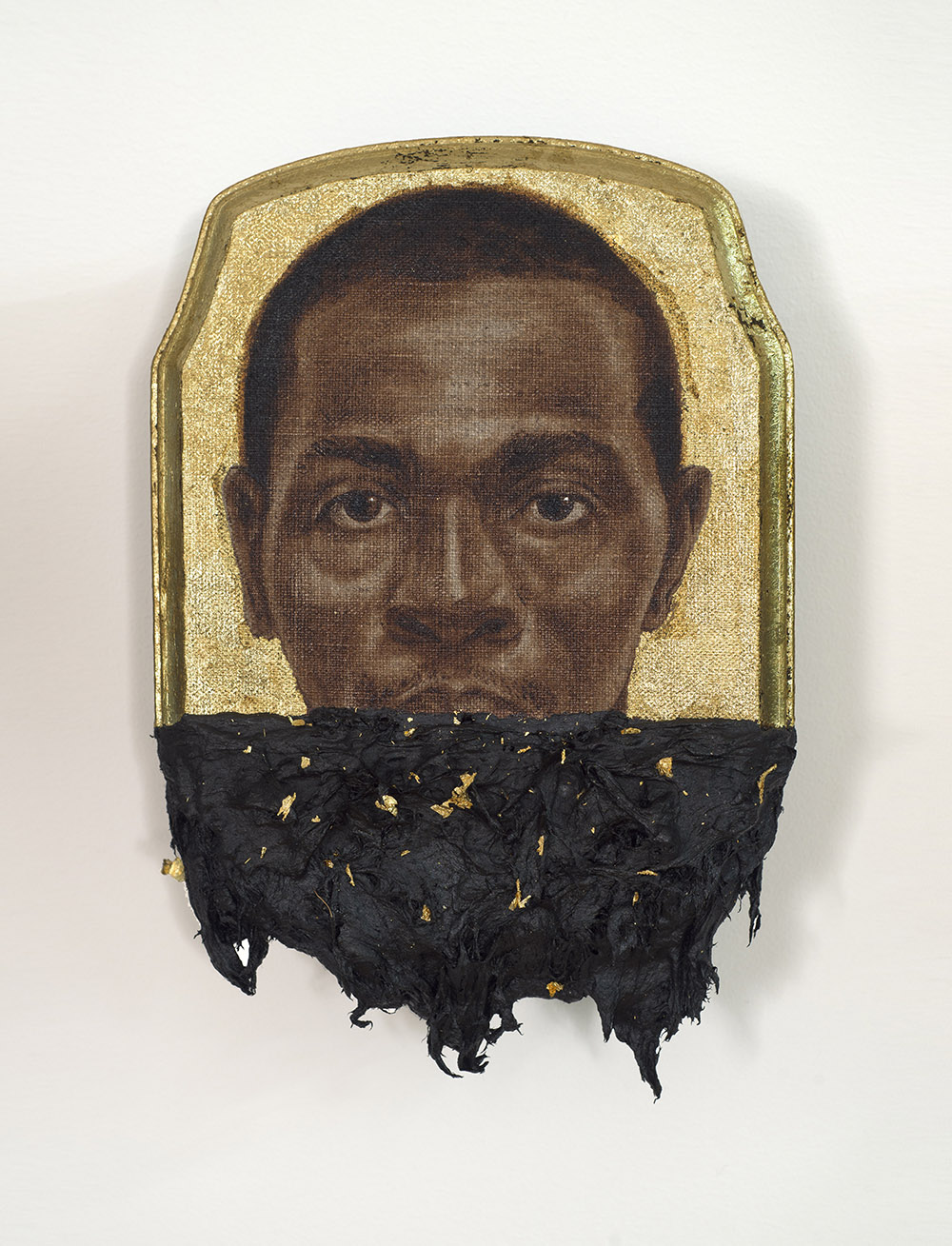 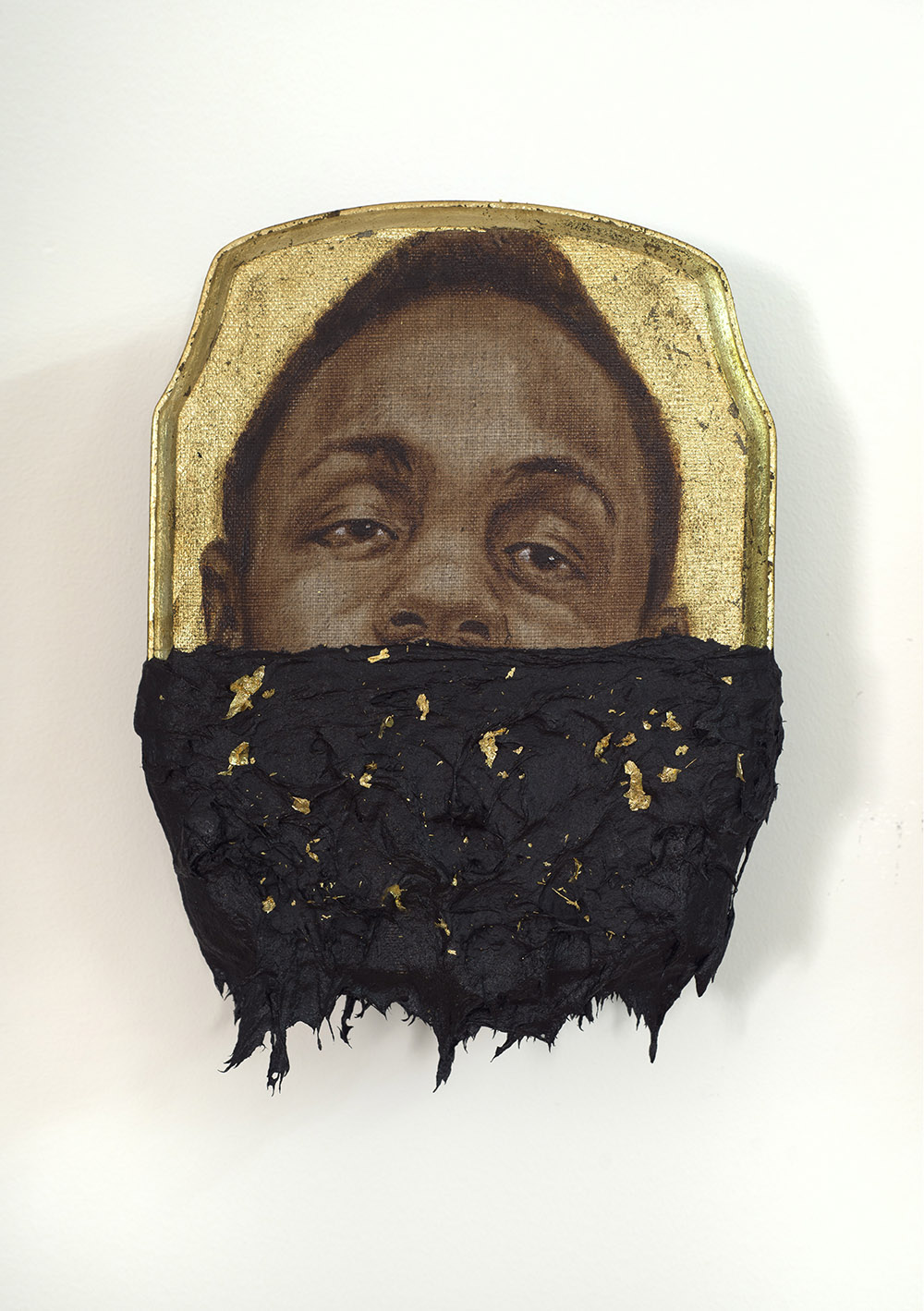 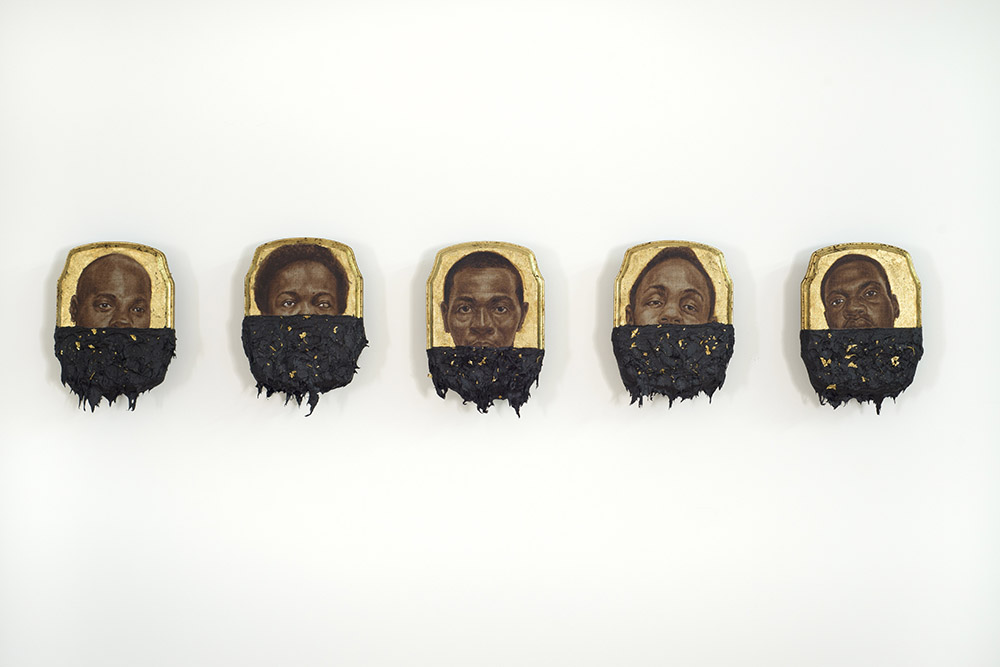 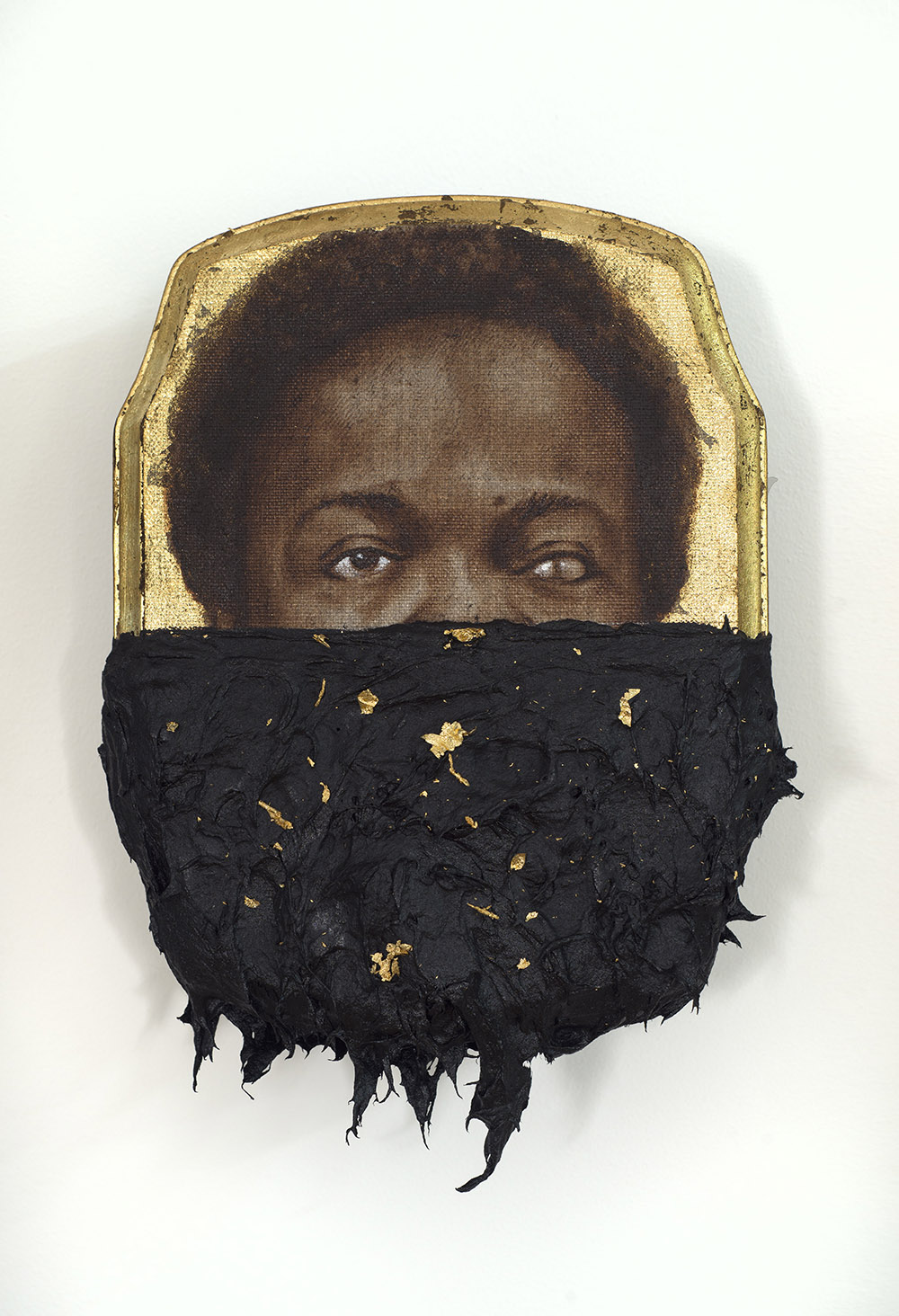 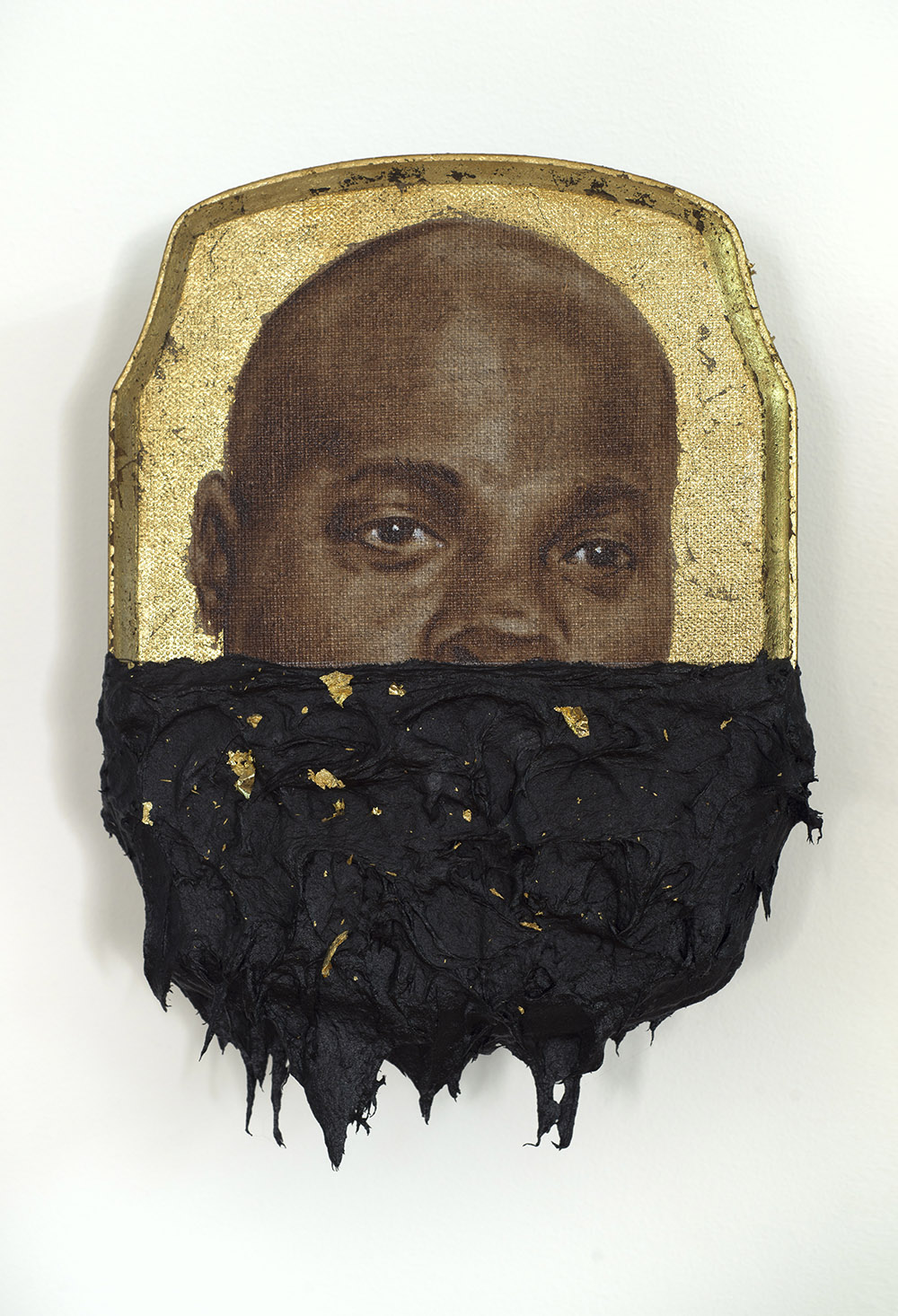 Titus Kaphar (b. 1976) is celebrated for producing paintings, drawings and installations that initiate a contemporary dialogue with history. Marrying eighteenth- and nineteenth-century American portraiture with modernist gesture, Kaphar produces aesthetically striking, intellectually engaging artworks that often blur the line between historical fact and fiction. Representing a marked departure in his practice, Titus Kaphar: The Jerome Project is composed of small-scale works that engage with contemporary social issues, particularly the criminal justice system.

In 2011, Kaphar began searching for his father’s prison records. When he visited a website containing photographs of people who have recently been arrested, he found dozens of men who shared his father’s first name, Jerome, and last name. The artist was influenced by the writings of Michelle Alexander and William Julius Wilson on the prison-industrial complex and the use of policing and imprisonment by the US government as a means to address economic, social and political problems. The panels are based on police portraits of the men named Jerome that Kaphar found online, which represent only a portion of each man’s identity yet are preserved in the public record. Although each work depicts an individual, this series represents a community of people, particularly African American men, who are overrepresented in the prison population.

After completing the portraits, Kaphar submerged a portion of each panel in tar; initially the tar-covered area corresponded to the percentage of his life that each subject had spent in prison. Kaphar abandoned the formula after considering the countless consequences of imprisonment for the men’s lives, even after their release. In his later panels, Kaphar began with his original equation and extended the tar at least up to the mouth, representing the silencing of the incarcerated men, who were stripped of many rights, including the right to vote and access to federally funded programs in many states. The tar also serves to obscure the men’s faces and provides a kind of privacy not afforded to them on the mug shot websites, which are part of the public record.

The Jerome Project draws on iconic historical artworks in its examination of past and contemporary histories. With their gold-leaf backgrounds and single central figures, Kaphar’s portraits visually parallel Byzantine holy portraits, specifically those depicting Saint Jerome, the patron saint of librarians and scholars. Although these panels reference religious artworks, they are not meant to carry any assumption of innocence or guilt. Instead they allude to the notion of forgiveness of past transgressions, which is central to many religions. The artist views the inability to offer forgiveness as a shortcoming of the current criminal justice system.

The Studio Museum in Harlem’s exhibitions are made possible thanks to support from the following government agencies:  The New York City Department of Cultural Affairs; New York State Council on the Arts, a state agency; and the New York City Council.