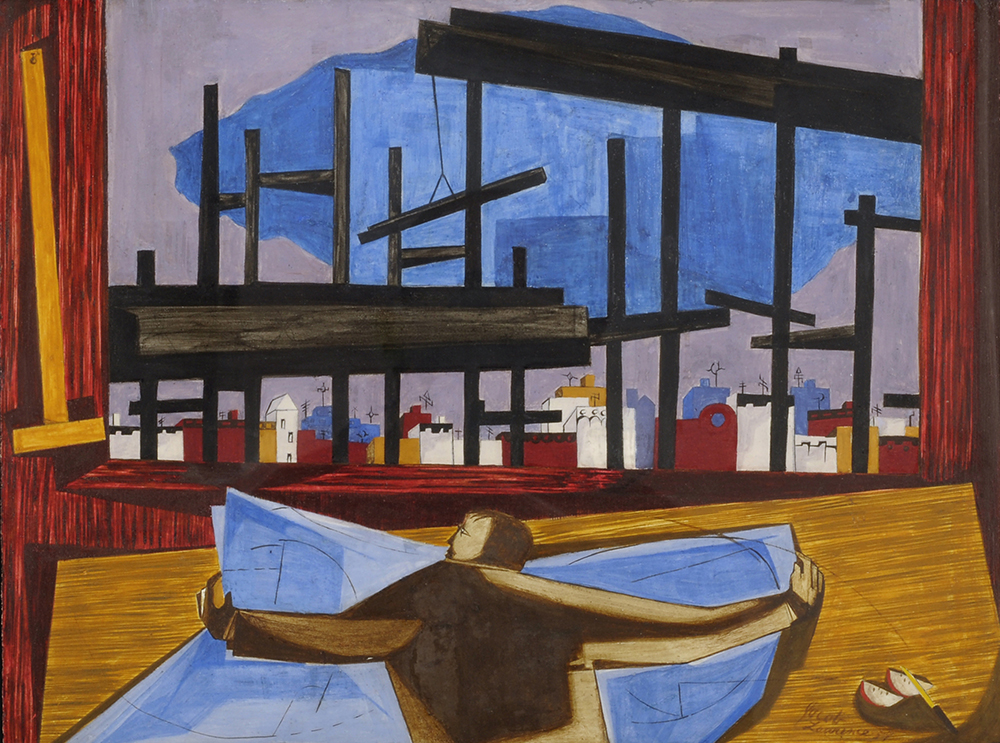 In honor of the centennial of the birth of Jacob Lawrence (1917–2000), Their Own Harlems examines the ways in which the urban landscape has influenced Lawrence’s artistic practice, as well as that of other artists. Known primarily for his bodies of work that depict historical figures, Lawrence was also a keen observer of contemporary life, drawing inspiration throughout his career from the years he spent living in Harlem. He thought of Harlem in a broad sense, acknowledging the powerful and positive experiences people of African descent across the country could find in “their own Harlems.” The works in this exhibition thus consider different aspects of urban life, such as the ritual of moving through the city and the direct observation of scenes on the street, to illustrate how the city has served as a source of inspiration for artists across generations.

Drawn primarily from the permanent collection, Their Own Harlems features the work of over fifteen artists including Dawoud Bey, Jacob Lawrence, Julie Mehretu, Wardell Milan, and Lynette Yiadom-Boakye.

Their Own Harlems is organized by Connie H. Choi, Associate Curator, Permanent Collection.