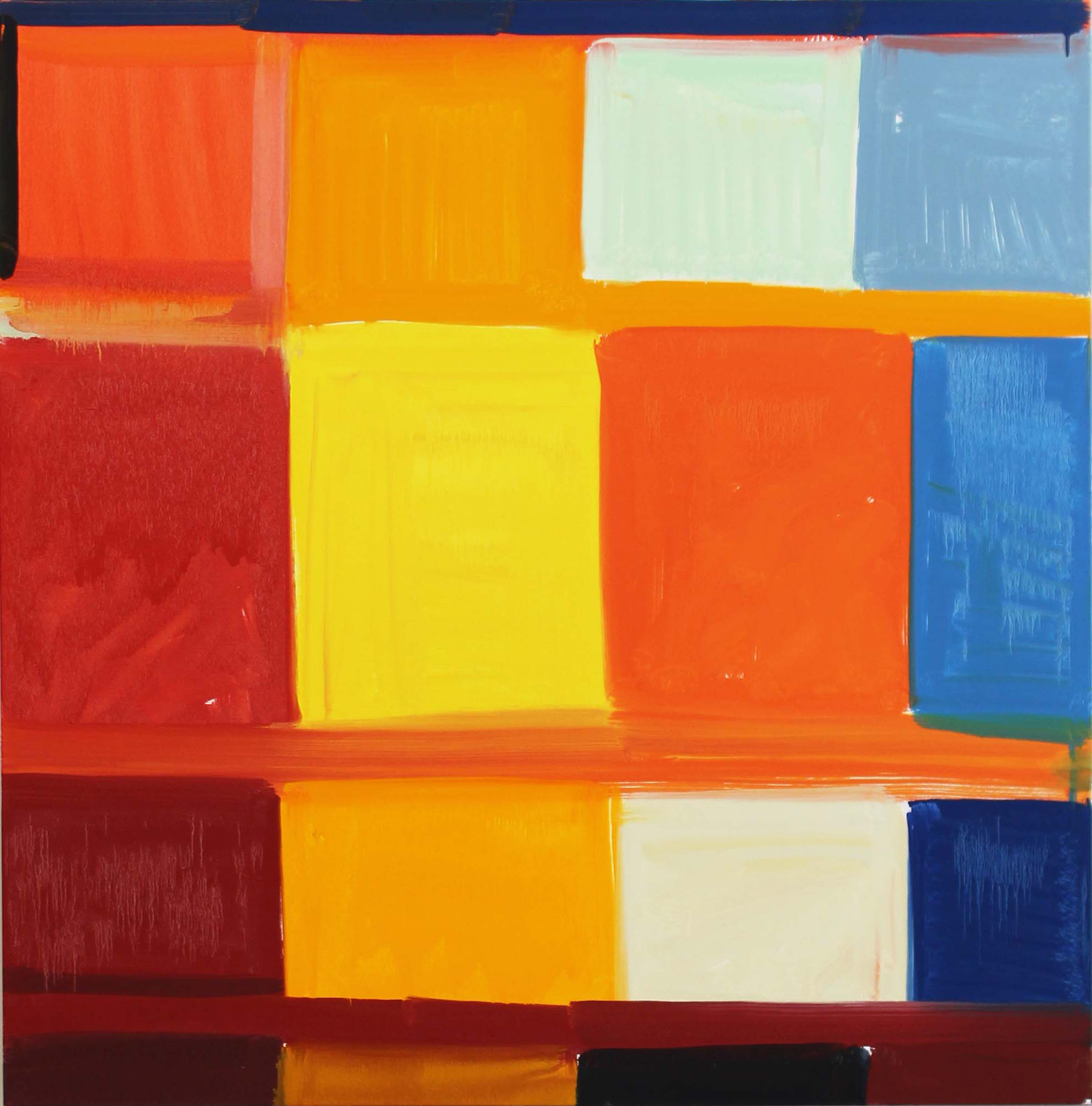 The Studio Museum in Harlem is proud to present Stanley Whitney: Dance the Orange, the first New York City solo museum exhibition of the work of a painter (born Philadelphia, 1946) whose intensely color-based abstractions have won steadily mounting recognition since the mid-1990s. The exhibition will feature twenty-eight paintings and works on paper created between 2008 and 2015, including the 2013 title work. Following time spent in Italy and then later in Egypt in the mid-1990s, Whitney developed the weighty, almost architectural approach that has now become his signature style. Rhythmic and lyrical, with a combination of pre-ordained structure and improvisation inspired in part by his love of jazz, the square-format paintings arrange rectangles of vivid, single colors in a deliberately irregular grid, with the close-fitting, many-hued “bricks” or “tiles” stacked vertically and arrayed in horizontal bands.

A full-color catalogue will accompany the exhibition, featuring contributions by Lauren Haynes, Robert Storr, Lowery Stokes Sims and Stanley Whitney, with a foreword by Thelma Golden.

Stanley Whitney: Dance the Orange is made possible thanks to support from the following government agencies: The New York City Department of Cultural Affairs; New York State Council on the Arts, a state agency; and the New York City Council.

Additional funding is provided by The Andrew W. Mellon Foundation.