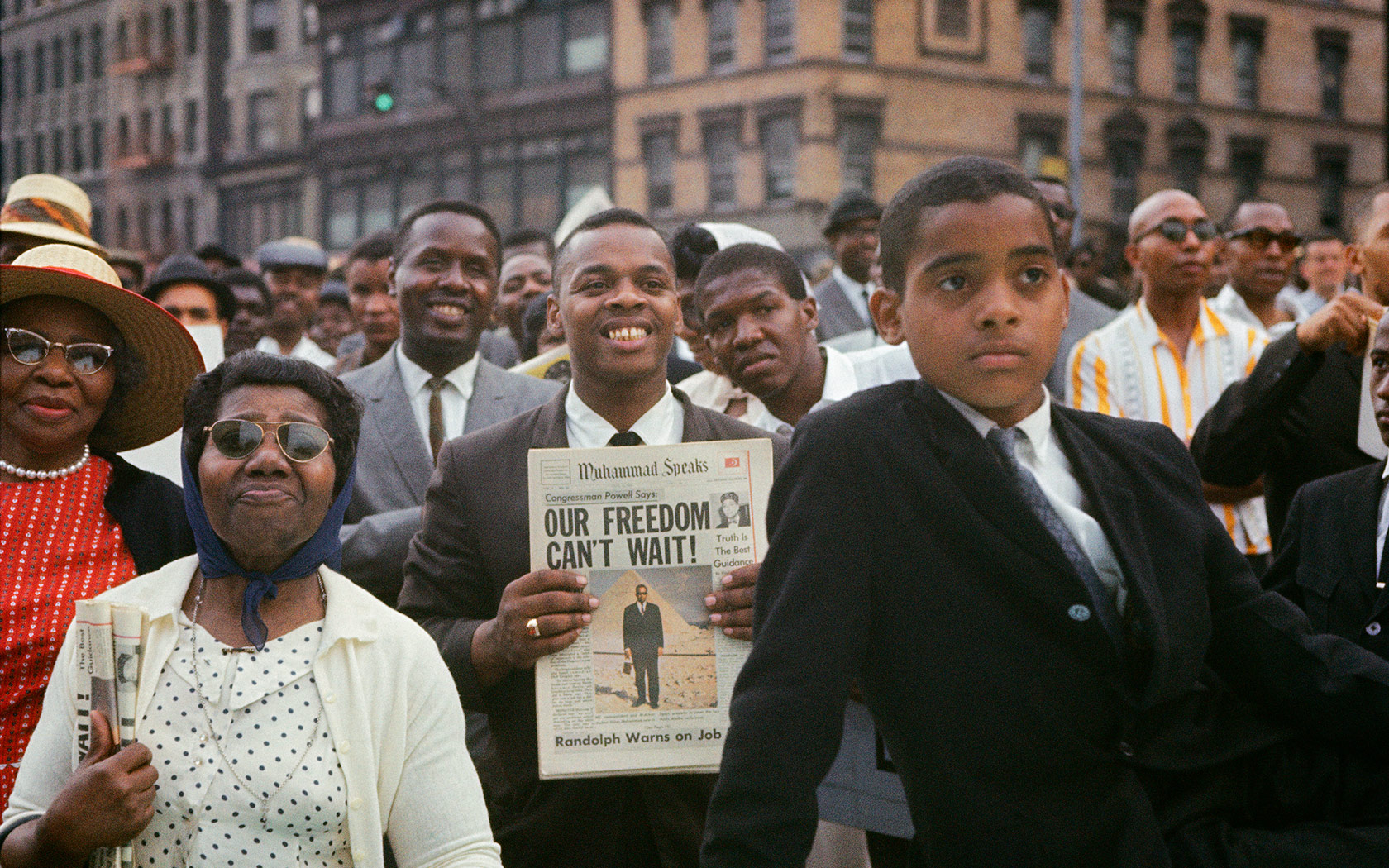 Throughout the twentieth century, Harlem has been regarded as a beacon of African-American history and culture. Sites such as the Apollo Theater, Abyssinian Baptist Church, and Malcolm X Corner, at 125th Street and Seventh Avenue, serve as popular postcard images that represent significant places and moments in this community. Today, Harlem continues to evolve as a center of history and culture. Every day, residents witness its changes and tourists and visitors from all over the world experience its energy. Harlem Postcards, an ongoing project, invites artists of diverse backgrounds to reflect on Harlem as a site of cultural activity, political vitality, and creative production.

In partnership with Carnegie Hall’s The ’60s: The Years that Changed America festival, The Studio Museum in Harlem presents four images that evoke the dynamic social and cultural climate of the 1960s. Representing intimate and dynamic perspectives of Harlem, the images reflect each artist’s oeuvre with an idiosyncratic snapshot taken in, or representative of, this historic locale and pivotal decade.

This season we are pleased to feature postcard images created by Diedra Harris-Kelley, Marilyn Nance, Gordon Parks, and Andre Wagner. Each photograph has been reproduced as a limited-edition postcard available free to visitors at Carnegie Hall's Judy and Arthur Zankel Hall through March 24, 2018, and at the Studio Museum's Visitor Center through early summer 2018. 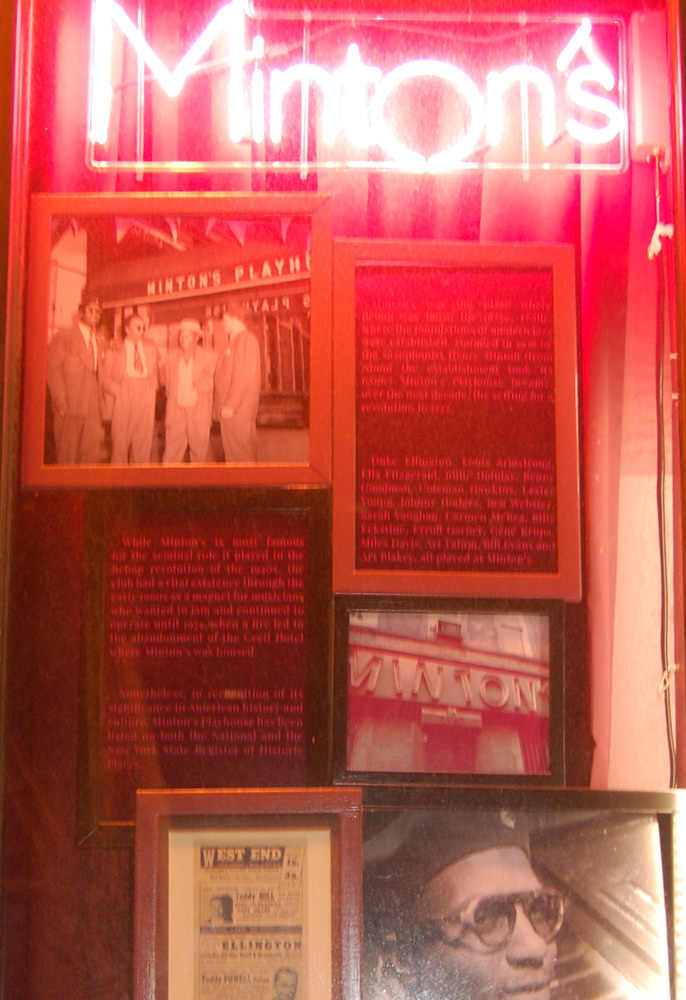 Diedra Harris-Kelley’s paintings explore a fascination with figurative elements, masking, and the ritual of seeing. Her concept of “a head that rolls and gathers moss” speaks to her preoccupation with forms that collage and morph. There is play with silhouette, and seeing two forms through one—what she calls “twofoldness.” In Playhouse Collage with Monk – 118th St., the artist zeros in on a grid of frames, hues, and history layered and stacked as if in a child’s playhouse, positioned in front of the famed jazz club Minton's Playhouse, on 118th Street. Her art has graced the covers of books and journals, and been included in group exhibitions, most recently The First Sweet Music (2014), at the John and June Allcott Gallery at the University of North Carolina at Chapel Hill. Last year her solo show, A Head that Rolls and Gathers Moss, was on view at the Newhouse Center for Contemporary Arts in Staten Island. Her curatorial work includes exhibitions for the Romare Bearden Foundation, Nathan Cummings Foundation, and Jazz at Lincoln Center (2009–12).

Harris-Kelley, born in New York in 1962, has been involved in the arts for over three decades. She is one of the leaders of the Romare Bearden Foundation, which supports the artist’s legacy. She authored “Revisiting Romare Bearden’s Art of Improvisation,” published in Uptown Conversation: The New Jazz Studies (2004). She earned a BA in art from California State University, and a MFA from the University of Michigan; and has taught art at New York University, the Parsons School of Design Studio Program, and Barnard College and Columbia University (a current seminar course on Bearden). 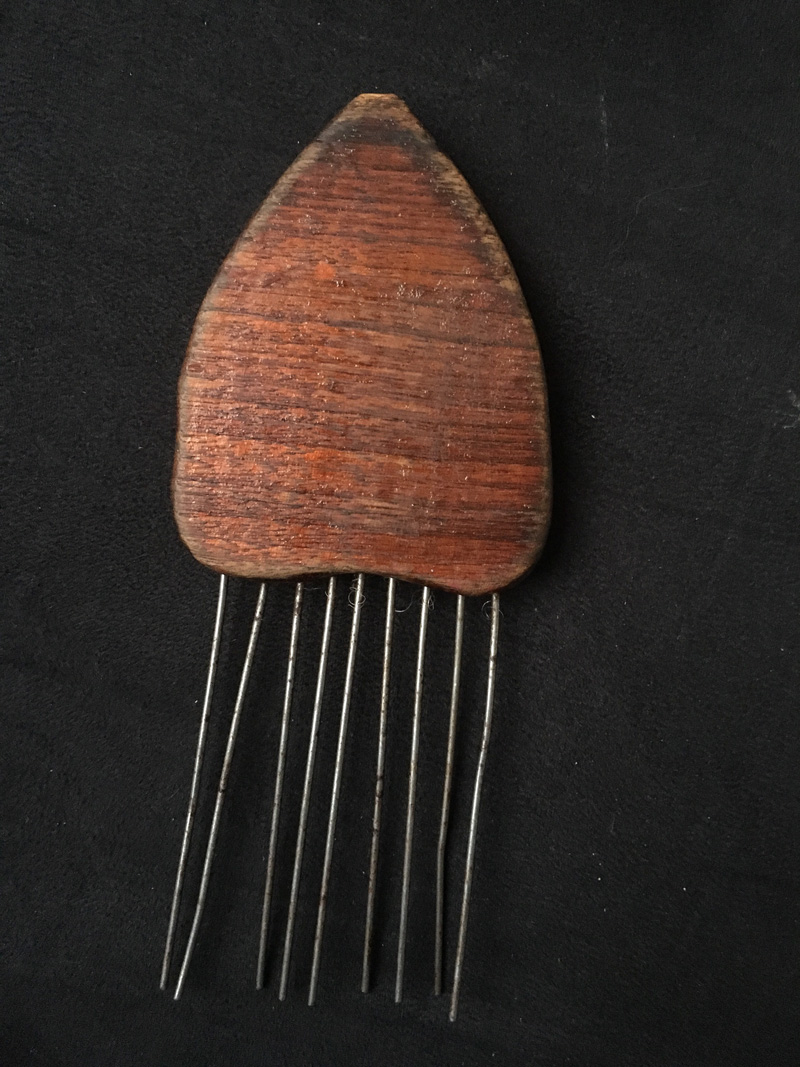 The Marilyn Nance Archive contains not only photographs, cultural software, and ephemera, but also some sculptural pieces. Here I present to you this piece of cultural anthropology: My First Afro Pick. Purchased from an African-American artisan (name unknown) in Mount Morris Park in Harlem in 1968 (before it became Marcus Garvey Park, and way before gentrification), this artifact has been in the possession of the artist Marilyn Nance for fifty years. 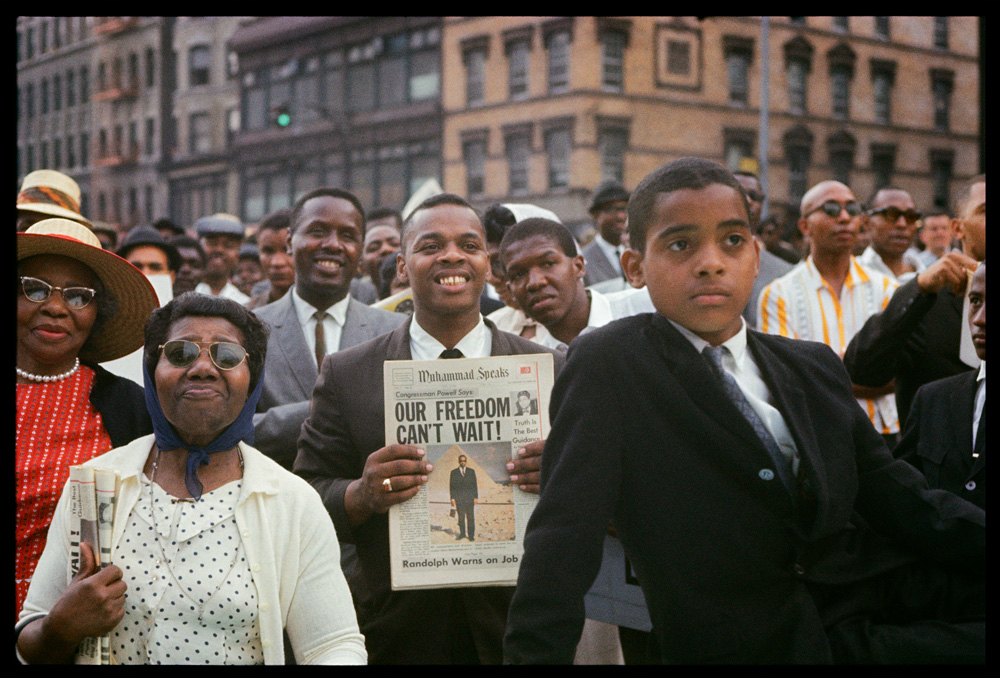 Gordon Parks was one of the seminal figures of twentieth-century photography. A humanitarian with a deep commitment to social justice, he left behind a body of work that documents many of the most important aspects of American culture from the early 1940s through his death in 2006, with a focus on race relations, poverty, civil rights, and urban life. In addition, Parks was also a celebrated composer, author, and filmmaker who interacted with many of the most prominent people of his era, from politicians and artists to celebrities and athletes.

Born into poverty and segregation in Kansas in 1912, Parks was drawn to photography as a young man when he saw images of migrant workers published in a magazine. He taught himself how to use a camera he bought at a pawnshop. Despite his lack of professional training, he found employment with the Farm Security Administration (FSA), which was then chronicling the nation’s social conditions. When the FSA closed in 1943, Parks became a freelance photographer, and balanced work for fashion magazines with a passion for documenting humanitarian issues. Parks worked at Life magazine for two decades, chronicling subjects related to racism and poverty, as well as taking memorable pictures of celebrities and politicians (including Muhammad Ali, Malcolm X, Adam Clayton Powell Jr., and Stokely Carmichael).

Parks spent much of the last three decades of his life expanding his style. He continued working up until his passing, and won numerous awards, including the National Medal of Arts in 1988, and more than fifty honorary doctorates. The core of his accomplishments remains his photography—the scope, quality, and enduring national significance of which is reflected throughout the collection at The Gordon Parks Foundation. 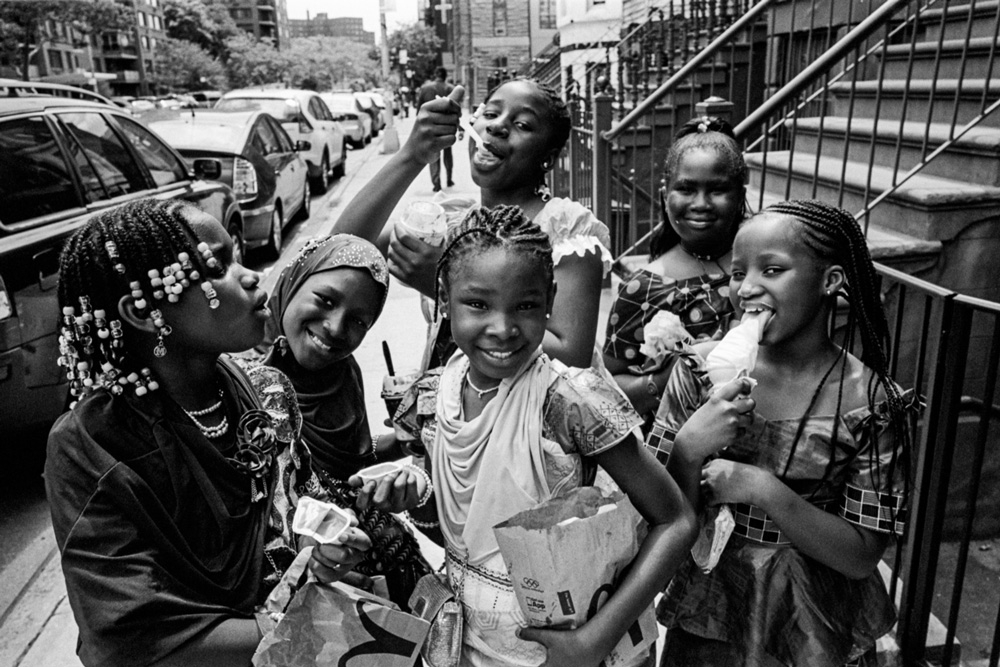 Andre D. Wagner is an African-American artist and photographer born in Omaha, Nebraska. He is a 2010 graduate of Buena Vista University with a BA in social work, and currently lives and works in Brooklyn.

Wagner's photography explores and chronicles the poetic and lyrical nuances of daily life and everyday people, with city streets, public transportation, and twenty-first-century youth as his visual language. His work and sensibilities derive from his life experiences, which he firmly believes are the foundation to his mind’s eye, the starting point of his vision.

Wagner avoids an overtly documentary approach, but is committed to a kind of rigorous photographic surface. He has a passion for visual literacy and photo sequencing, and values the power images have to inform and enrich one another. Individually, each photograph is a moment in time, but together as a collection they form a narrative guided not by linear time but by emotion.