My artwork is often inspired by sweaters worn by women at protests, sit-ins, demonstrations and other acts of civil disobedience. These women's handmade articles of clothing—like other forms of Creative Direct Action, such as banners and street theater—offer narratives and invite issue-based personal interactions. I make this work to memorialize effective resistance, in an effort to ensure these moments do not vanish from popular memory. In this piece for the Harlem Postcards, I recreated a sweater worn by artist and activist Faith Ringgold in photographs taken on multiple occasions, including the recent occasion of her eightieth birthday. Ringgold is inspirational to me on many fronts, and I was moved by the gloriousness of her chosen garment. It presents her in the world in the same way that I relate to her visual art: heraldic. 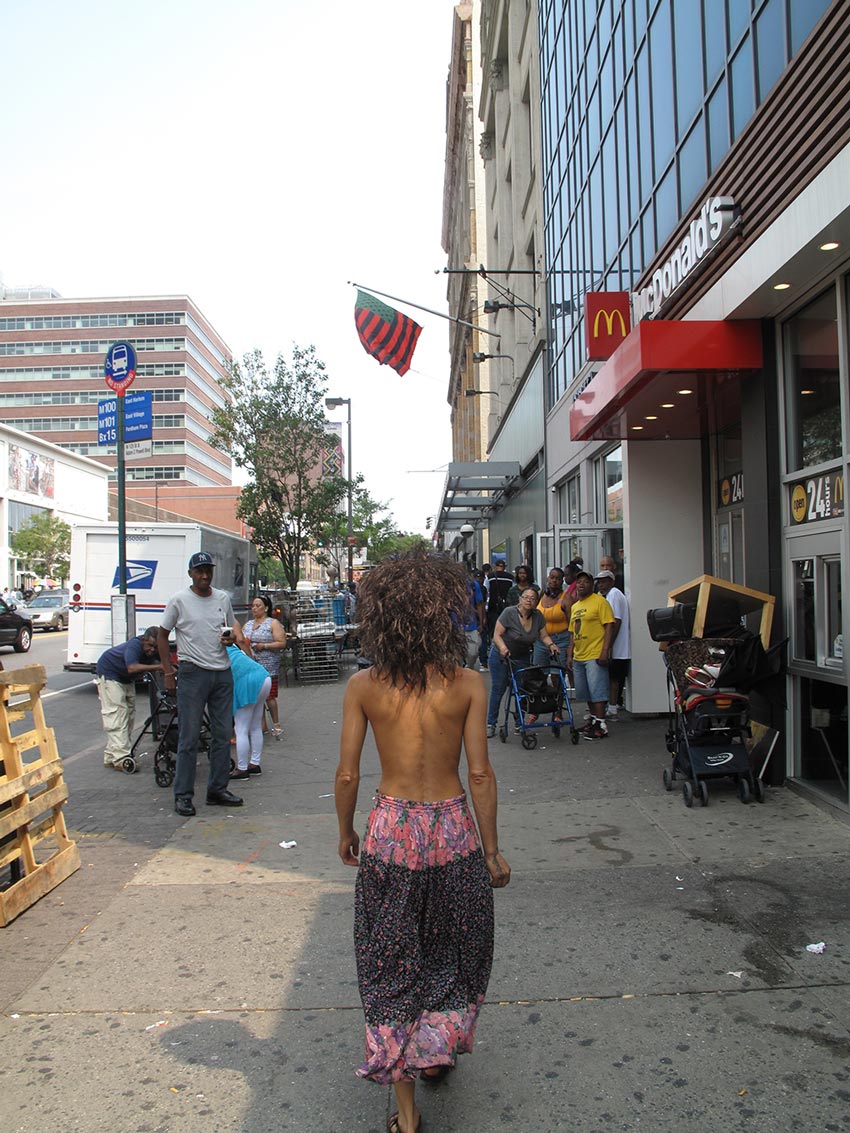 Narcissister, my character, employs humor and spectacle as her primary tools in explorations of gender, race and sexuality. Opening "fixed and closed" stereotypical representations and turning them against themselves, I expose, in live performance, video and photography, the practice of representation itself. This image is part of an ongoing project that explores women's protected legal right to bare their breasts in public spaces in New York. How does a woman baring her breasts in public begin to challenge the deep-seated notion that female topless-ness is different from male topless-ness? The intention of this project is to investigate the conceptions that are embedded in the collective cultural psyche around female breasts, which might support or prohibit a woman's freedom. Women exercising their right to legally bare their breasts in the streets is a symbolic act of physical freedom intended to inspire others to exercise freedom in all forms. 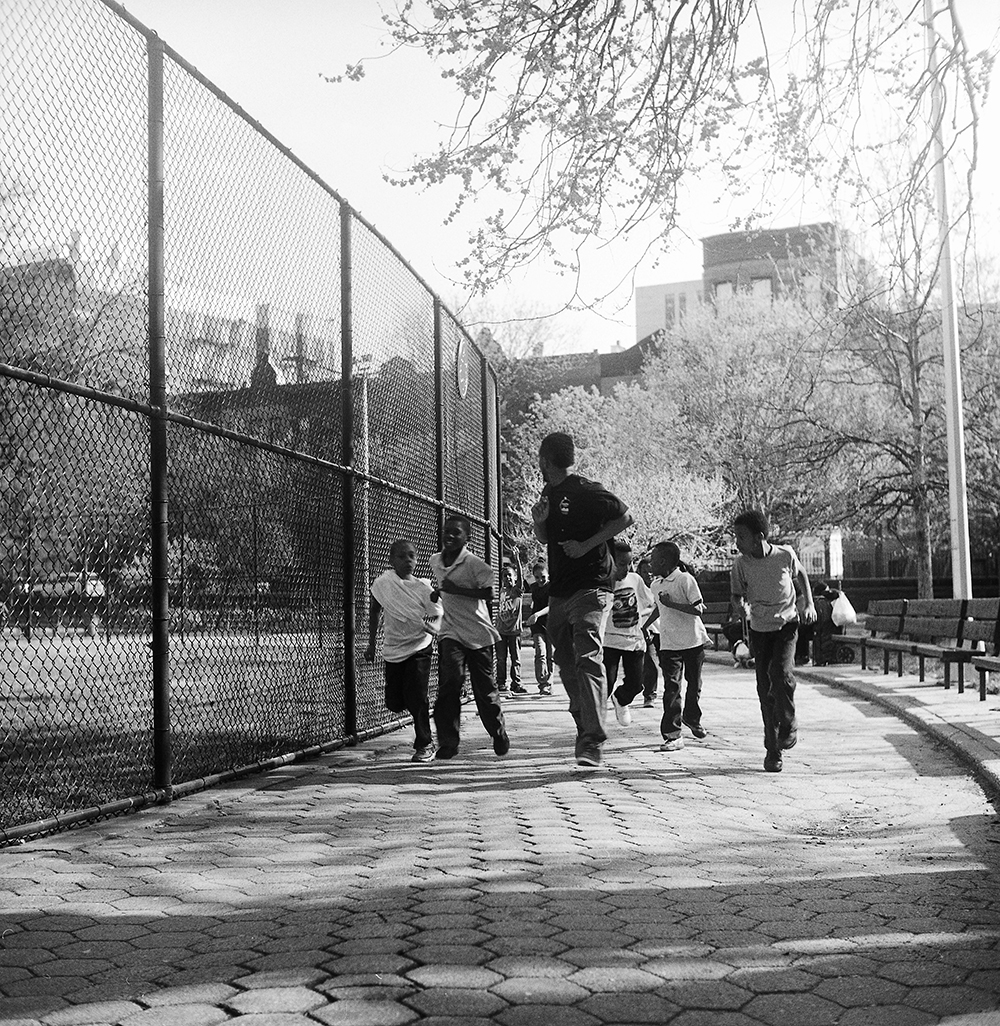 I’ve always been impressed by who gravitates toward you when you step into the world. My process in the past consisted of documenting people with whom I’ve had a close connection. Since I began shooting on film, I’ve been having a lot more brief encounters with people. It’s an unfamiliar feeling at first, but I always remind myself that I am being reacquainted with people. I don’t believe anyone is truly a stranger. I am invested in the connections one has with others within portraiture to create a blueprint of the sitter. Portraiture is extremely powerful and I am inspired by the people with whom I come in contact, and the environments they occupy. I am inspired by what it means to be seen and loved when you have your photo taken.

This photograph was taken on 124th Street and Lenox Avenue, where James VanDerZee’s historic Harlem studio, Guarantee Photo Studio, still stands. James VanDerZee produced some of his best and most iconic photographic work at this location. He liked to play with lighting and colors, which make his work fairly unique. This historical site in Harlem captures the energy of the neighborhood. It also shows the soul within each of us as we make our marks on history. This is why I used a slightly low vantage point with a pop of color to bring out the raw energy that is Guarantee Photo Studio. This photograph means a lot to me because the history and energy it carries is unlike anything you can research in a book. This image teaches about the present as well as the past, and how to use the present to achieve a better future—just as VanDerZee hoped.