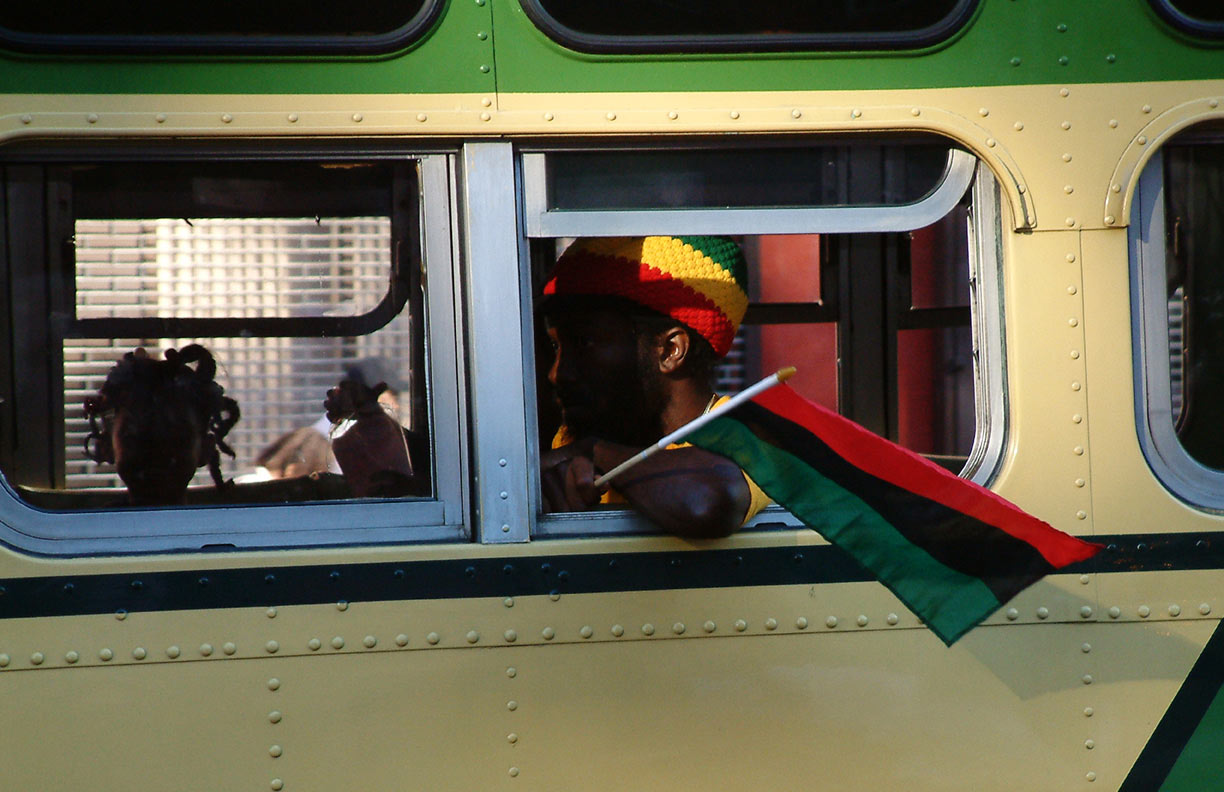 When I moved to Harlem I knew right away it would be a special place for me. I often felt (personally and professionally) the energy of Harlem’s rich past, and knew it would serve as a source of inspiration. Capturing this image
solidified that sentiment for me; the flag is a reference to the Marcus Garvey movement and the young girl in the window symbolizes the promise of the future. Like the subjects, I too
have great pride in my people. 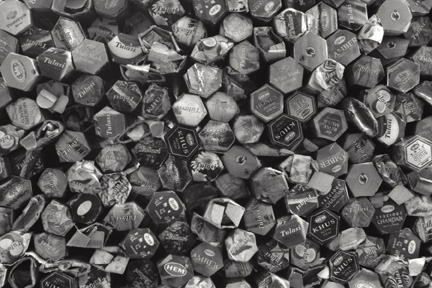 The many little boxes of incense in this photograph come together to make one shape. This reflects the way the smells of the many oils and incense sticks sold on 125th Street combine to create a unique scent. I can never figure out exactly what goes into that fragrance. If you go anywhere that isn’t Harlem, the smell would not be the same. Harlem just has that perfect scent! 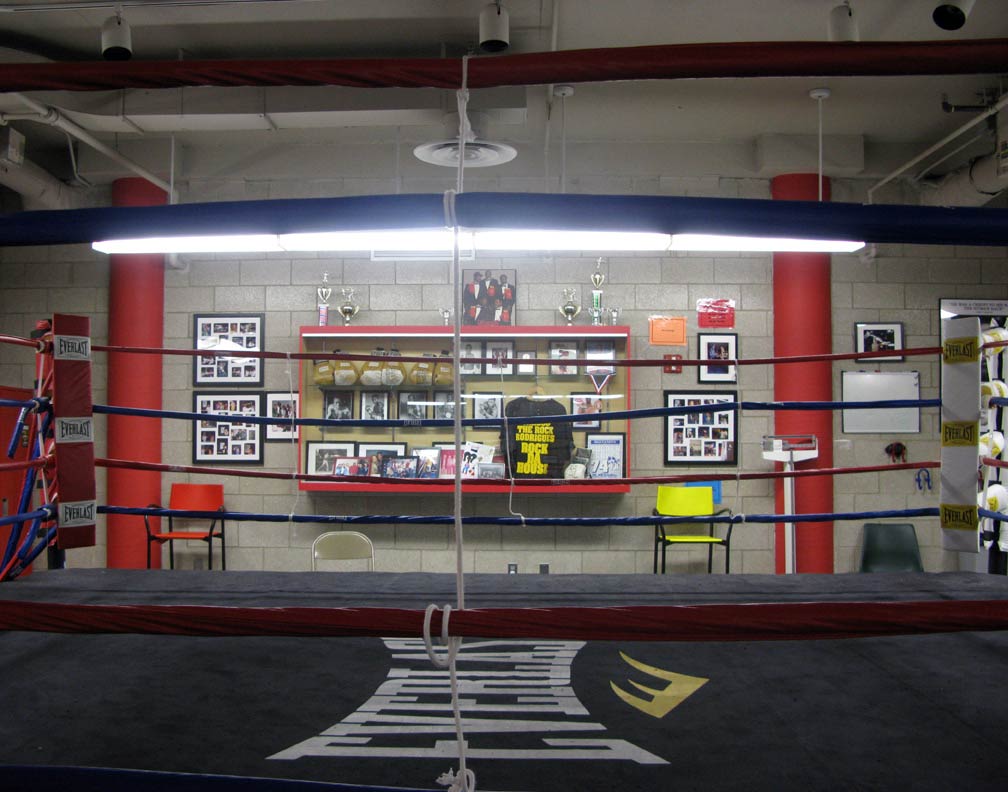 Housed in the basement of the Police Athletic League, the Joe Louis Boxing Gym serves Harlem’s youth from ten to nineteen years old.  The program focuses on the positive aspects of boxing: physical fitness, healthy eating, disciplined training, socio-emotional control and respect for self and others.  Dedicated in 2008, the gym is named after legendary boxer, Joe Louis — The Brown Bomber — who, during the Great Depression, captivated the minds and hearts of America, especially those of Harlem.

I was compelled to capture this vibrant yet gritty space where paradigms shift and lives are changed. The images mirror the complex dynamics between the dedicated, technically knowledgeable trainers and the young lives
they forever alter. And although new, the facility captures the aura of Louis and the history of boxing in Harlem. 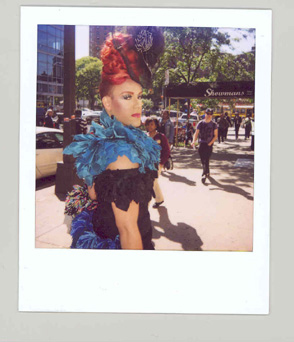 I work to tell stories, capturing life as it happens (most often in the underground subcultures of New York and beyond) or through staged situations that evoke specific ideas of presentation, transformation, desire, power, pageantry and pride, among others.

For Harlem Postcards, I thought about 125th Street as the “Champs-Élysées of Harlem”—a center of posturing, bravado, presentation and celebration, and a mixing bowl of cultures, attitudes and economies. With this in mind, I created a video and a series of Polaroids, both titled Boulevard of. . . . Referencing Nan Goldin’s photograph Jimmy Paulette + Taboo! In the bathroom, N.Y.C. (1991), the works feature African-American drag queen Ericka Toure Aviance as she parades down 125th Street from Park Avenue, sauntering and strutting west and eventually entering the subway station to go “downtown.” She walks confidently, as if in her own world, a symbol of freedom, of “going west young man,” of the common stereotype of gays on Manhattan’s West Side, all the while listening to Grace Jones singing of independence, strength, woman and her mother, who chastises her: “why Grace can‘t fit in and be more like her sister. . . ”

Through the walk we encountered feelings of encouragement, praise and pride for Harlem, but also of hatred. This combination of feeling and response is obviously something that makes Harlem such a special and colorful place, and also leads to the title, Boulevard of . . . , in which the ellipsis could be anything, based on one’s personal relationship to 125th Street and Harlem itself.