Most of the images that I use in my films emerge from a desire to see something that does not exist. The genre of street photography as practiced by venerables such as Helen Levitt and Roy DeCarava has always been a source of nourishment, but I’m too slow! I see something and just stand there slack-jawed, amazed and grateful. Then it’s over. Maybe I look around for someone else who saw it too. Since my camera never left my pocket, a shared grin, wink or sigh is my only verification that there was a moment, and that we saw it. But here I am wandering the streets of Harlem, looking for the ghost of Henry Dumas while dodging the hungry lenses of tourists who enjoy indiscriminately taking pictures of people as if we are moving targets. I found myself unable to point my camera at anyone who did not willingly meet my gaze. And so this little pooch and I found each other. She shivered in the groomer’s window, presumably waiting for her human companion to collect her. I shivered on the sidewalk, presumably waiting for a good photograph to appear in my viewfinder. We looked at each other for quite some time before I raised my camera and took her picture. The moment the shutter dilated, I regretted it. 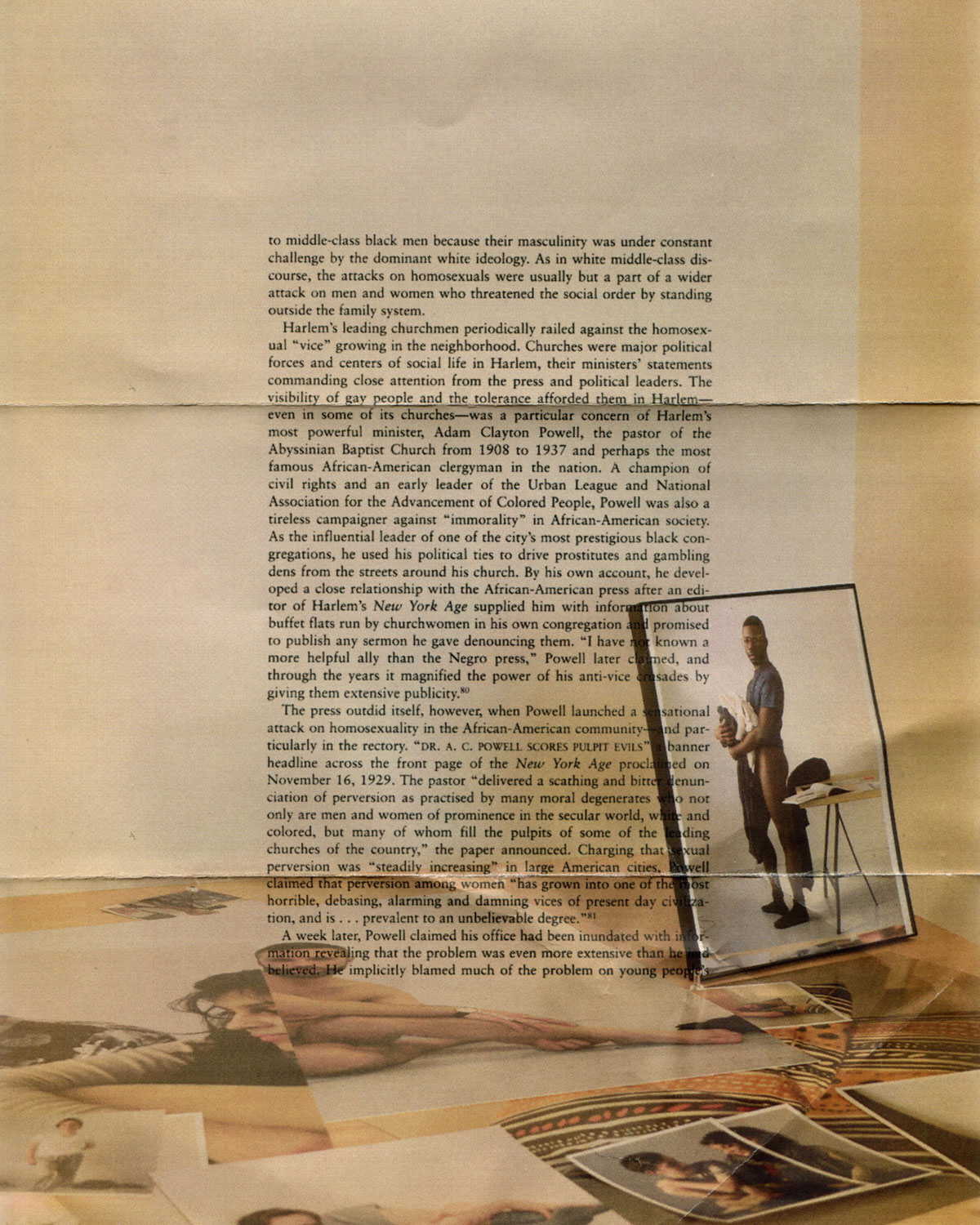 February 2014: I’m looking through photographs I made during the winter of 2011 on the third floor studio of 144 West 125th Street. It was about this time of year—January, February—in the reflected sunset light cast by the Adam Clayton Powell Jr. building across the street. During my time there I kept thinking about the complicated point where Black and gay history meet in Harlem, and the shadows cast by the generations of leaders in one struggle that often existed in opposition to the other. The social and political stances of the Powells’, both Senior and Junior, against the visibility and participation of gay and lesbian people in the struggle for racial equality were indicative of their times. I often thought I wanted to stage a photograph of a big queer gathering in that winter light, but I never got around to it at the time. In a way, my project from the Studio Museum Artist-in-Residence program ended up being just that—over the extended time frame of the residency itself. 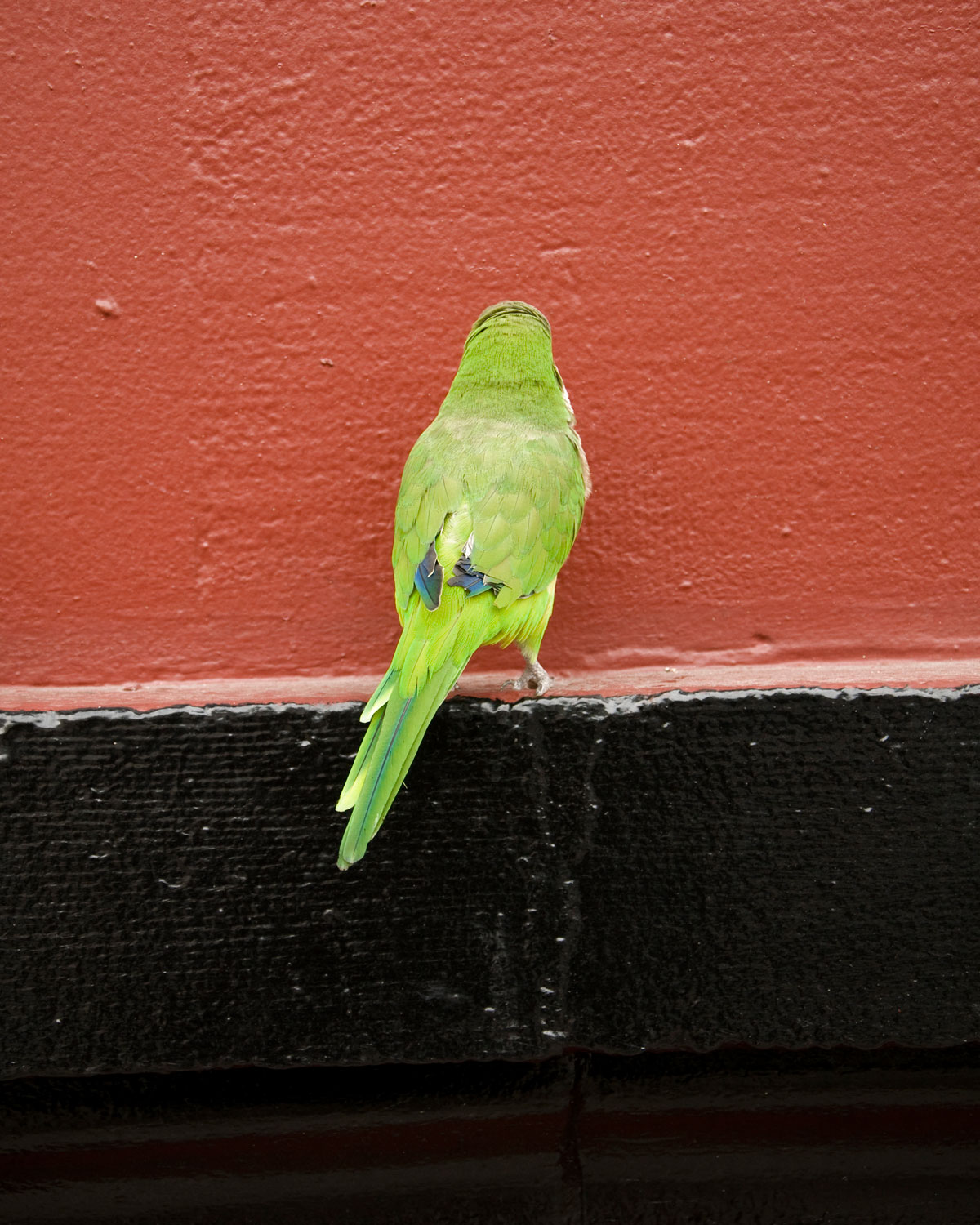 Tropical birds, cared for by an older Dominican gentleman, are brought out onto St. Nicholas Boulevard just off 145th Street in the summer months. They calmly perch on this ledge and down on the sidewalk as passersby look and interact with them, while their caretaker answers questions from the curious. The act of display summons interaction between cultures and histories within the diaspora. Resembling a flag, this image represents arrival and departure, characteristic of all nationalities represented in our community. The origin of this bird's species—its family, in other words—did not begin in Harlem. Yet it exists, thrives and brings vitality here with its lush coat. 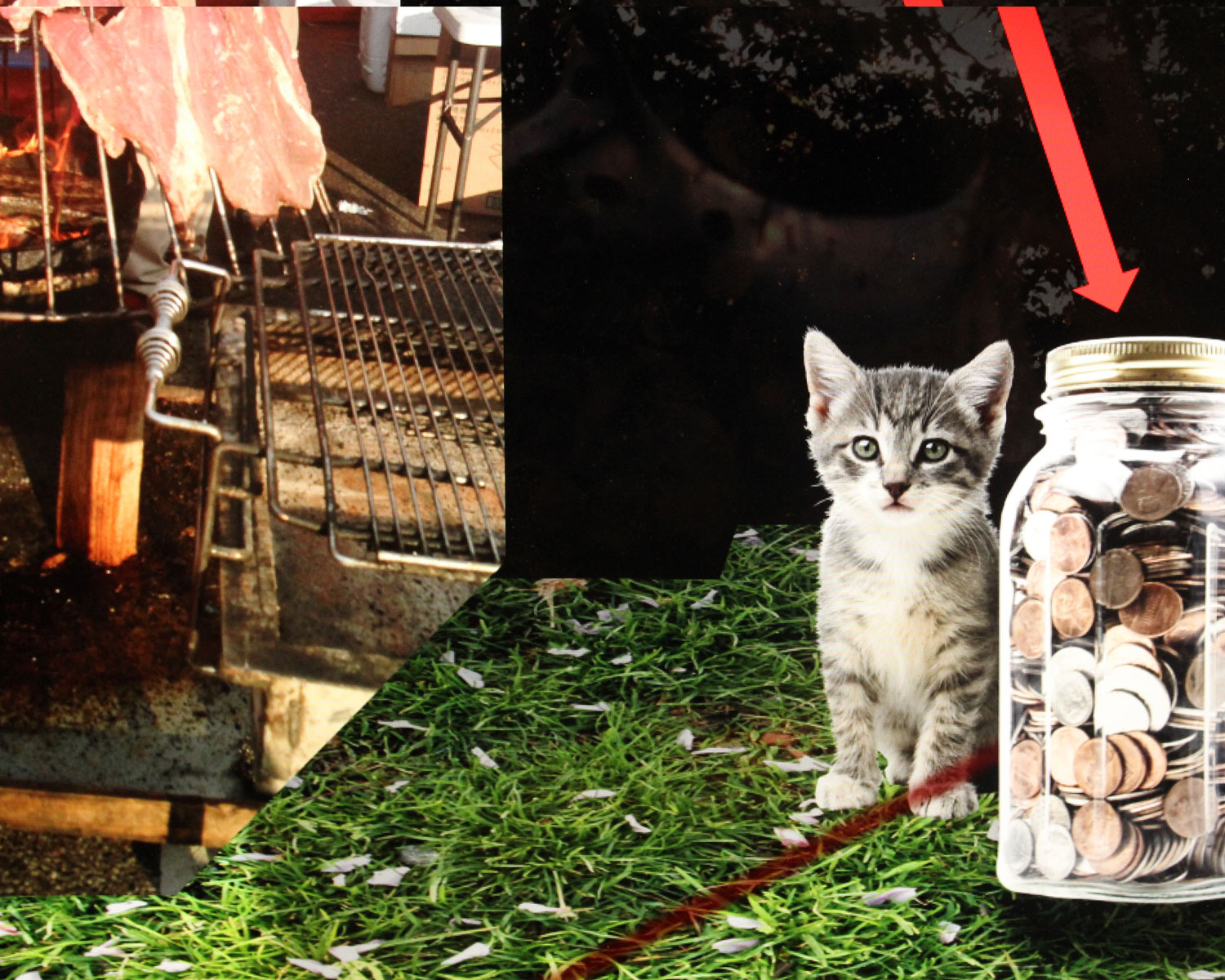 This is made in Microsoft PowerPoint—my main art medium. It is a blend of circumstances from my home in East Harlem. Meat tent to the left. Dark summer bag worms in back. Flowered grass as front base. Saving change, pointedly. Witnessed by innocent kitten.