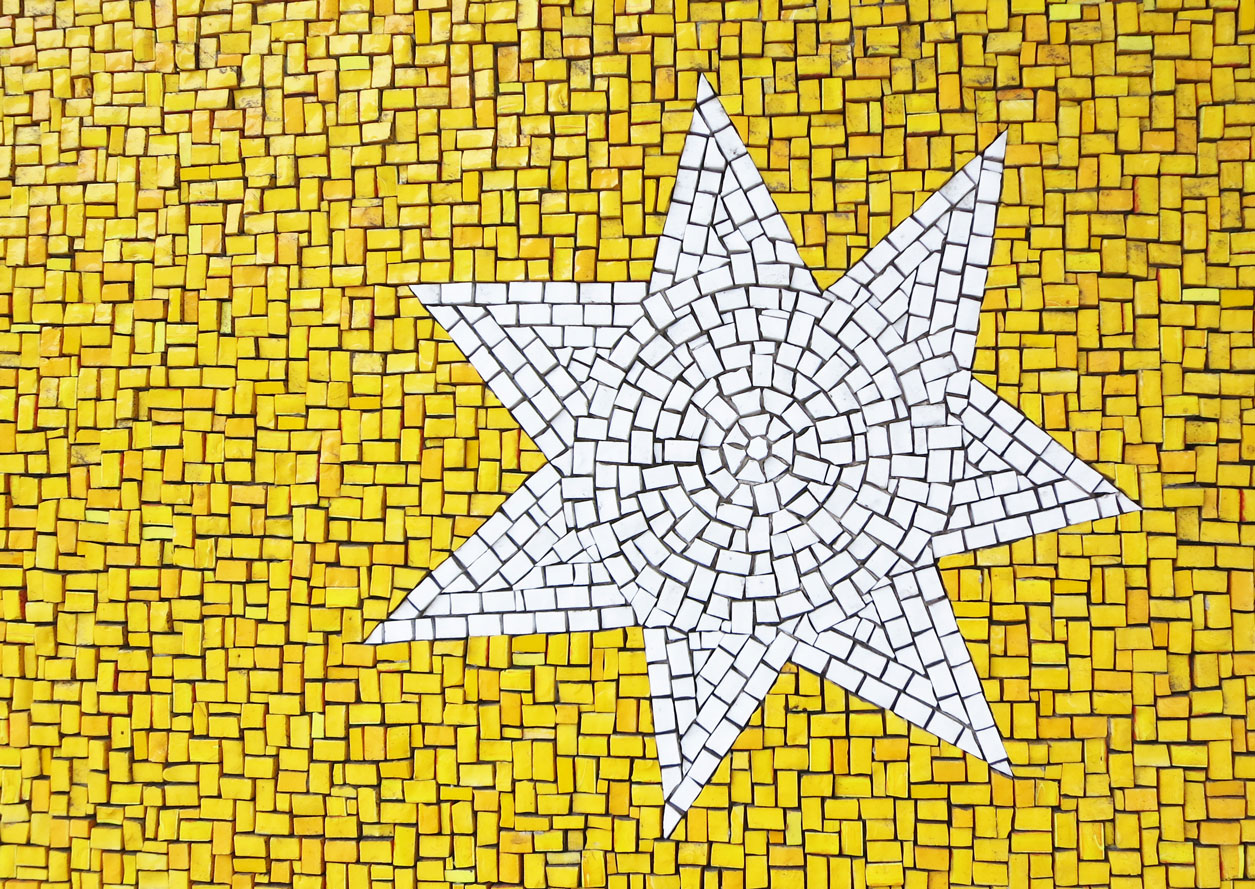 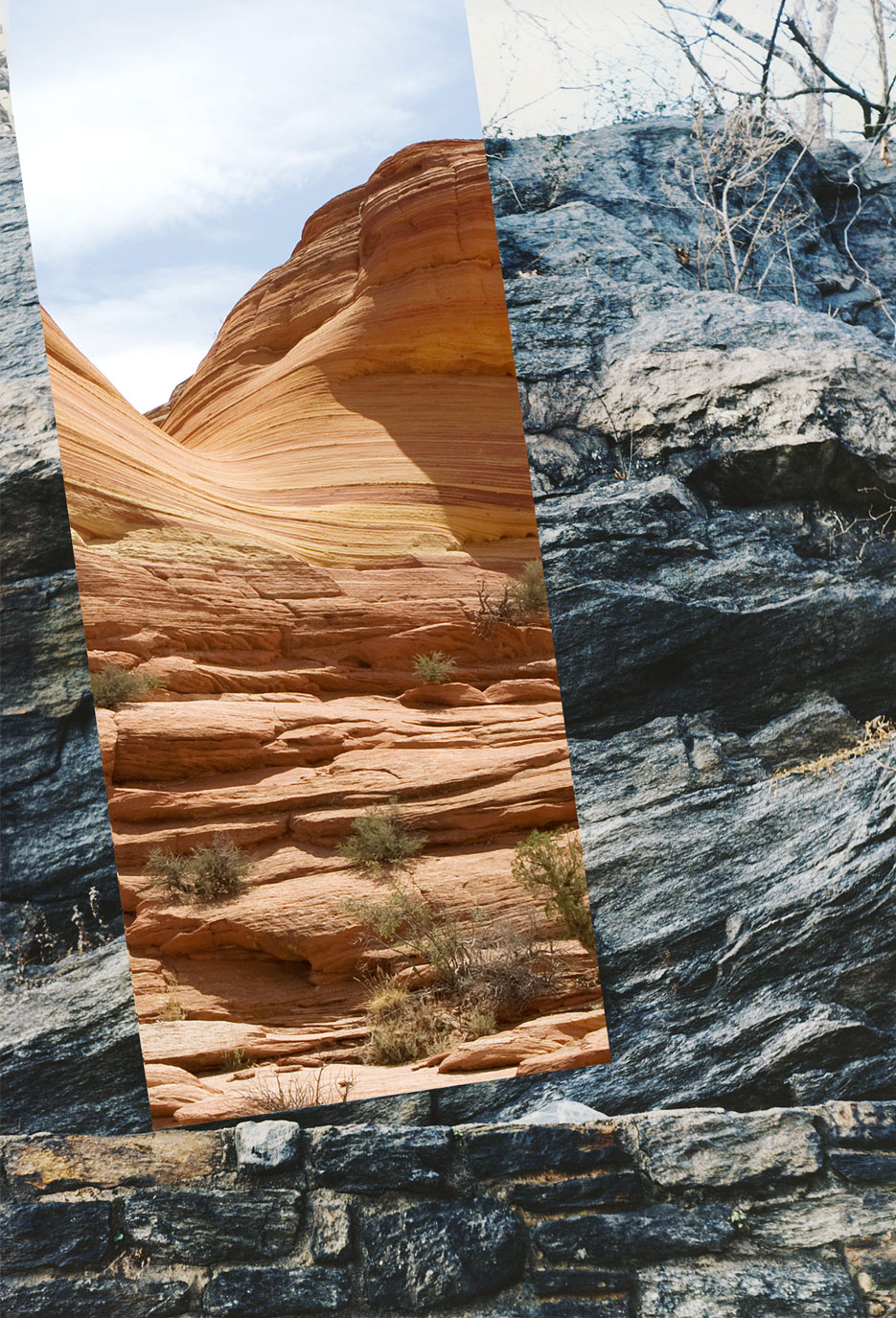 In my studio practice I take the photograph as a starting point for works that physically change, disrupt or activate the image plane—I fold and cut the images, layer images together, even introduce materials such as concrete and paint. Often I photograph the natural landscape of the Western United States, and although I have lived in New York City for 15 years, I have never taken photographs here. The Harlem Postcards project offered me an opportunity to turn my lens towards the urban environment, specifically in Harlem.

I came across St. Nicholas Park, between 127th and 141st Streets, and was struck by this impressive rock outcropping paired with the stone wall in the foreground. St. Nicholas Park is one of Harlem’s several “ribbon parks”, which was built on a rugged mass of rock, following the steep and irregular topography of Northern Manhattan. Afterwards I learned the site of this photograph is very near the “Point of Rocks” where General George Washington had positioned himself during the Battle of Harlem Heights in 1776.

My first impression of Harlem was similar to looking at a delicately woven patchwork of history, culture and art. I was fascinated by the vibe emanating from all corners. I focused on the signs, which represented to me time spent in Harlem. I documented posters, handwritten messages and advertisements, which revealed an underlying, coded transmission between the writer and the rest of the community.

I was drawn to the buttons in this image because they reflected the sociopolitical topics in Harlem that were resonating in general across America. I am fascinated with the figures represented through imagery (Malcolm X) and text (Trayvon Martin); symbols of the struggles of African-American men in twentieth and twenty-first century America portrayed on a fashion statement piece. 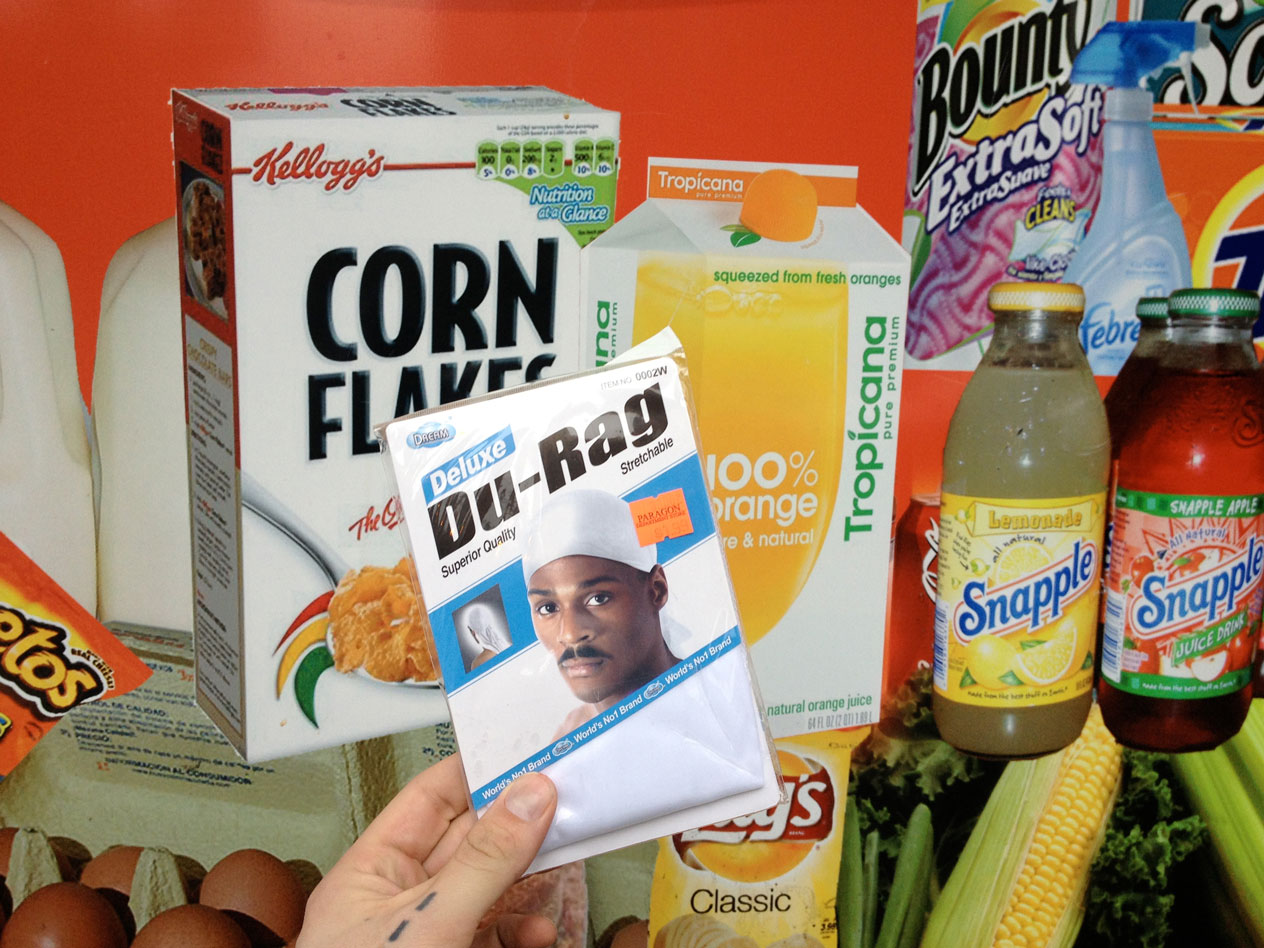 Historically, the cameo refers to works in which a carved relief portrait was made in a contrasting color to the background, achieved by carefully carving a piece of material with a flat plane where two contrasting colors meet. This removes all of the first color, except for the image, leaving a contrasting background. Typically, the portraits were immediately recognizable icons.

A “crossover cameo” refers to an icon that has crossed over into public domain and does not require copyright or royalty payment, similar to how a stock photo operates. This work examines what it means to embody anonymity over the iconic in culture—become a crossover cameo, wear a costume, perhaps a long white tee and a du-rag, to blend in with the stuff around us—and what happens when one reaches out into the world to push against that.