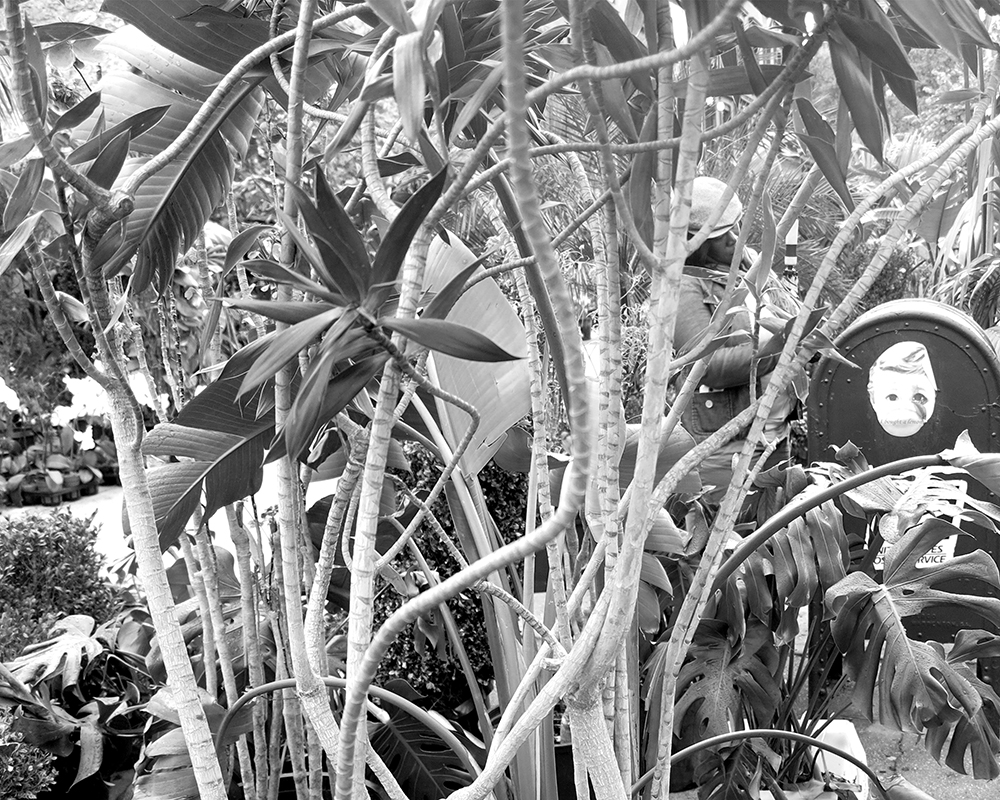 Harlem transforms. This corner of 125th Street and Martin Luther King Jr. Boulevard is the site of a pop-up jungle: there one day and gone the next. We remain camouflaged in the terrain. We are natives, transplants, guests and tourists, and Harlem is the destination. 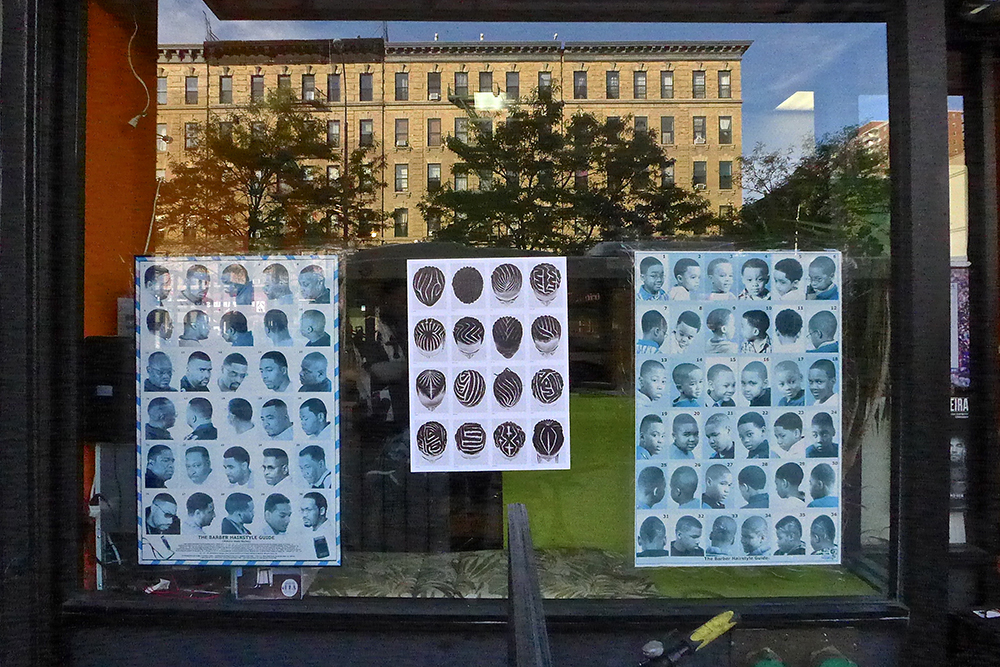 Lives and works in Paterson, NJ

This photo was taken at a barbershop on Malcolm X Boulevard. The owner allowed me to tape up my poster of cornrow paintings and take some photos of the storefront. There was a big empty spot on the window, no doubt so that window watchers can see the barbers at work. The photo shows a window reflection of a building in Harlem. That, in and of itself, for me, identifies the place as Harlem, which was what I wanted, though the barbershop could be from any given urban environment. But it is “The Dreamtime” poster, which represents my series of acrylic-on-paper paintings of cornrow-hair patterns depicting Paterson teenagers, that brought the series international attention and notice, and ultimately the invitation to Harlem Postcards. 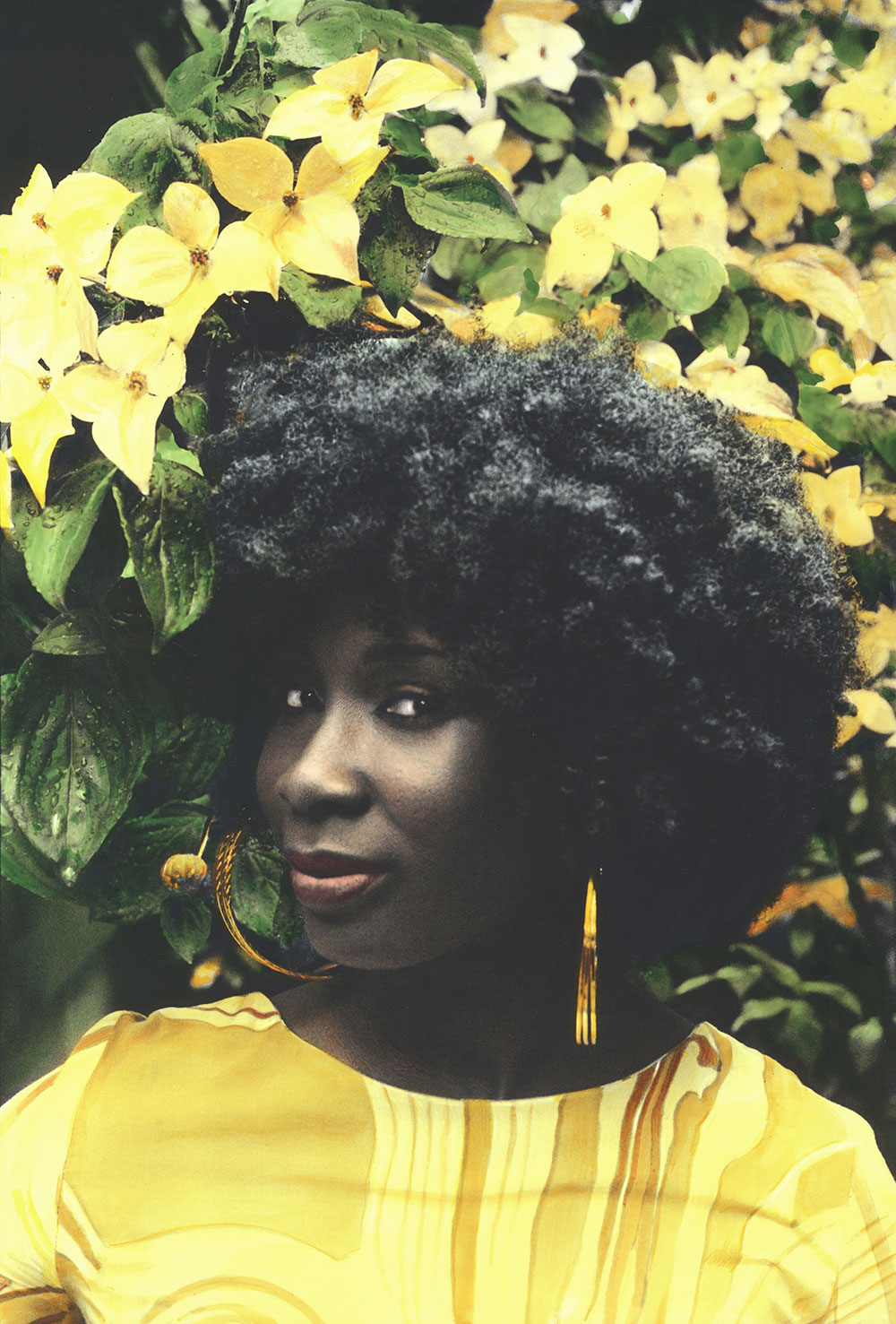 Lives and works in Miami, FL, and New York, NY

I call this work Tina Early Morning, Harlem because Tina’s is the first face I see every morning. She works at the front desk of my building in Harlem and I am always so impressed by the fact that, no matter how early she has to come to work, she's always very elegant and creative with her hair. When The Studio Museum in Harlem asked me to make a postcard work about Harlem, I immediately thought of her! 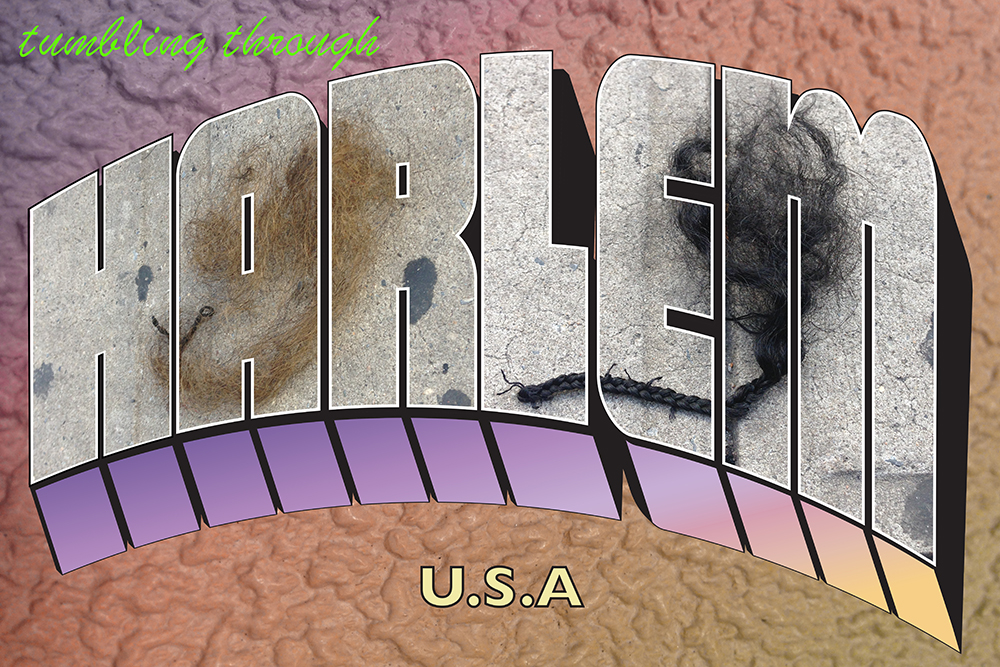 Pamela Council is a visual artist living and working in New York. “Tumbleweaves” are hair balls from lost extensions and hair clippings that blow around on city sidewalks. These bits of detritus are temporary, site-specific little sculptures that are indices of artistic process, financial exchange and passing styles. In an ongoing project, “#pctweave,” the artist documents chance encounters with tumbleweaves and shares them digitally, live from Harlem, a place that some newer residents see as a kind of frontier town.