The Upper Room, from the “Sundays in Harlem” series, 2012

In his book The Best of Simple, Langston Hughes depicts a fictional Harlem resident, Jesse B. Semple, a freethinker, charmed by—but serious about—his view of life in Harlem. Originally written as a newspaper column for the Chicago Defender, Semple’s stories about the Harlem community of the time are full of folk philosophies on love, death, religion and friendships set against the streets of Harlem.

In this work, I attempt to weave Hughes’s narrative of an imagined past into my contemporary photos, to evoke the beauty and spirituality of cultural memory. My photography in Harlem on Sunday afternoons revisits the Langston Hughes world of Jesse B. Semple’s Harlem. I am intrigued by Hughes’s ability to describe his love for the Harlem community and to express it through the voice of an imagined character. As was the case with Jesse B. Semple, the contemporary reality that I find—a complex web of politics, race and identity—is not so simple at all. My camera unravels these complex tales, offering a visual response to Hughes’s narrator that focuses on public art found on Harlem streets. 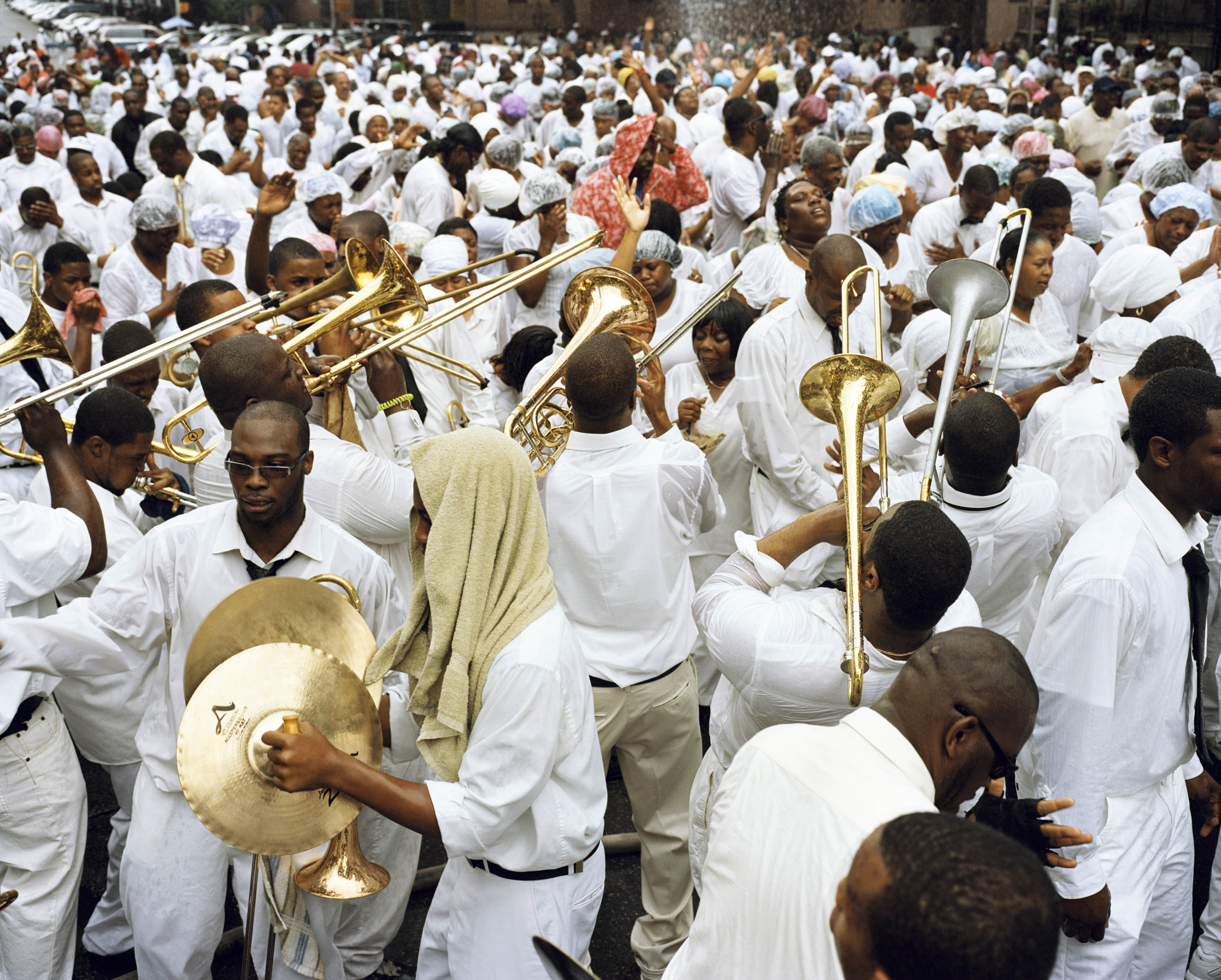 This image shows a mass baptism, on 105th Street between Frederick Douglass and Adam Clayton Powell. They do it every year: it’s the followers of Daddy Grace, a Pentecostal preacher, with a trombone choir. Every year they re-baptize the community—whoever wants to get born again, so to speak. Sometimes it’s a thousand people, sometimes a few hundred, depending on the day and how hot it is. The image harkens back to James Weldon Johnson’s book God’s Trombones and poem “Lift Ev’ry Voice and Sing,” which is what I had in mind when I took it. My work is motivated by things that have to do with the African- American experience, which I have tried to document over the course of my career. We reinvent ourselves every ten years or so but there is a ritual to our existence. This is part of a ritual that goes back probably to Africa, which is what I’m seeing in this image. “The prevalence of ritual”—to quote Albert Murray and Romare Bearden. 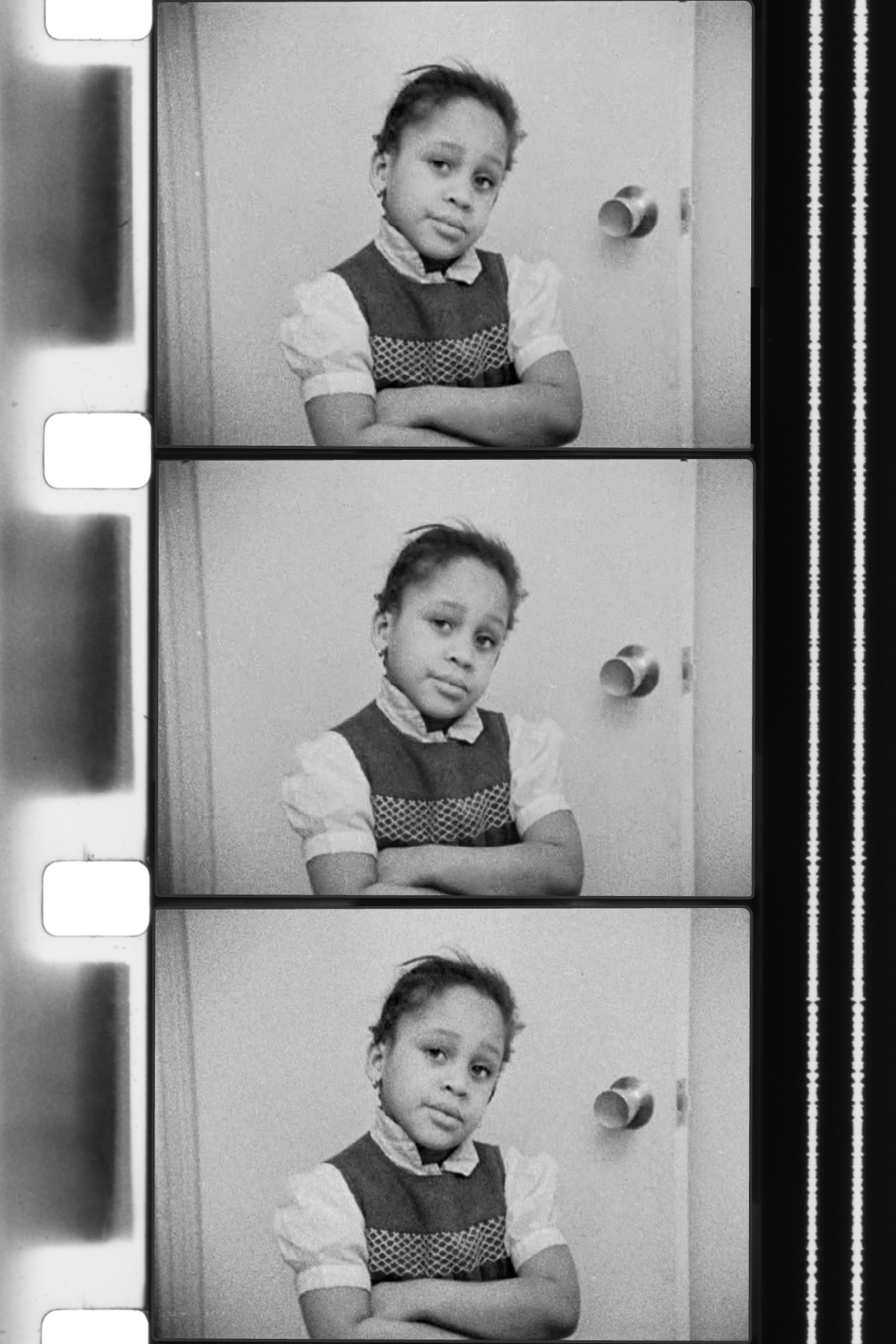 Way back in 1964, I was hired to make a film of an urban renewal project in Harlem where families were able to move from sub-standard dilapidated apartments to newly renovated tenements across the street. We filmed the policy planning and community meetings and then followed one family through the process. I filmed them as they had been living, on moving day, and then in their new apartment. I'm reminded of two films I made, first in Cuba in 1962, of a fisherman and his family living in a thatched roof cabin. Dirt floor, no electricity or hot water. The new house, paid for by the government, was only fifty feet away and had all that made for good living. Then in 2000, I filmed an African-American family living in Mississippi, enjoying the trailer they had just moved into. In each case, whether Harlem, Cuba, or the South, the move meant a great deal to the family. Everyone seeing the films could share in the experience of basic hopes coming true. 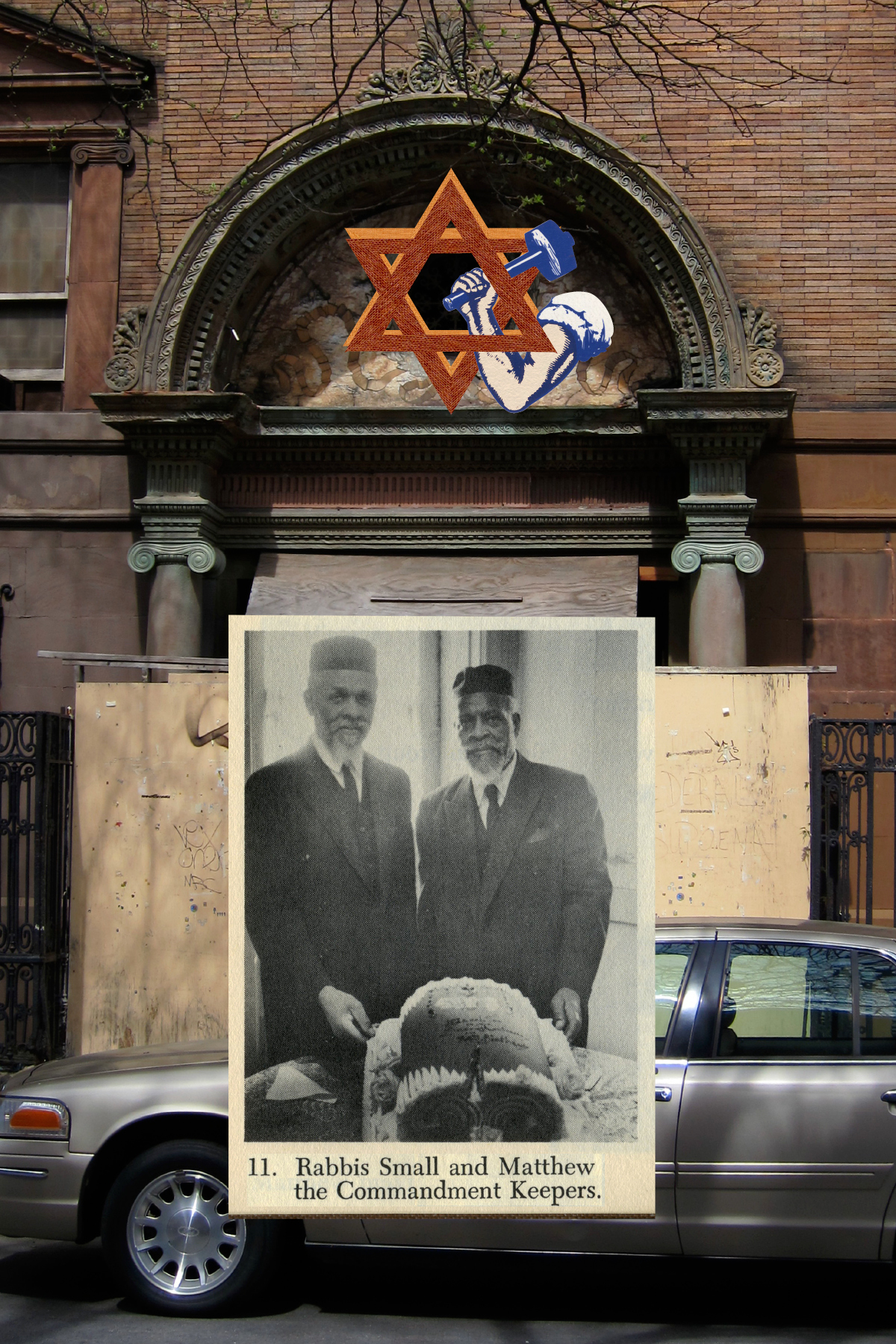 Black Judaism is a syncretic religion that developed in Harlem in the 1920s. It combines practices learned from Jewish neighbors and employers, the Old Testament emphasis of Southern Black Protestantism and Garveyite nationalism. In 1962, the Commandment Keepers Ethiopian Hebrew Congregation acquired the townhouse at 1 West 123rd Street (built in 1890 for the owner of Arm & Hammer baking soda) and converted it into the first Black synagogue in the country. The group’s spiritual leader Rabbi Mathews died in 1973 and an internal struggle for power ensued. In 2007, nine members falsely claiming to be the last of the Commandment Keepers sold the historic landmark to a developer. The developer hammered away the Star of David above the entrance to “reveal original detail.” The same year, five Torahs and other religious items were stolen from the site. The building was resold in 2009. Its new owners are converting the synagogue into a single- family dwelling.