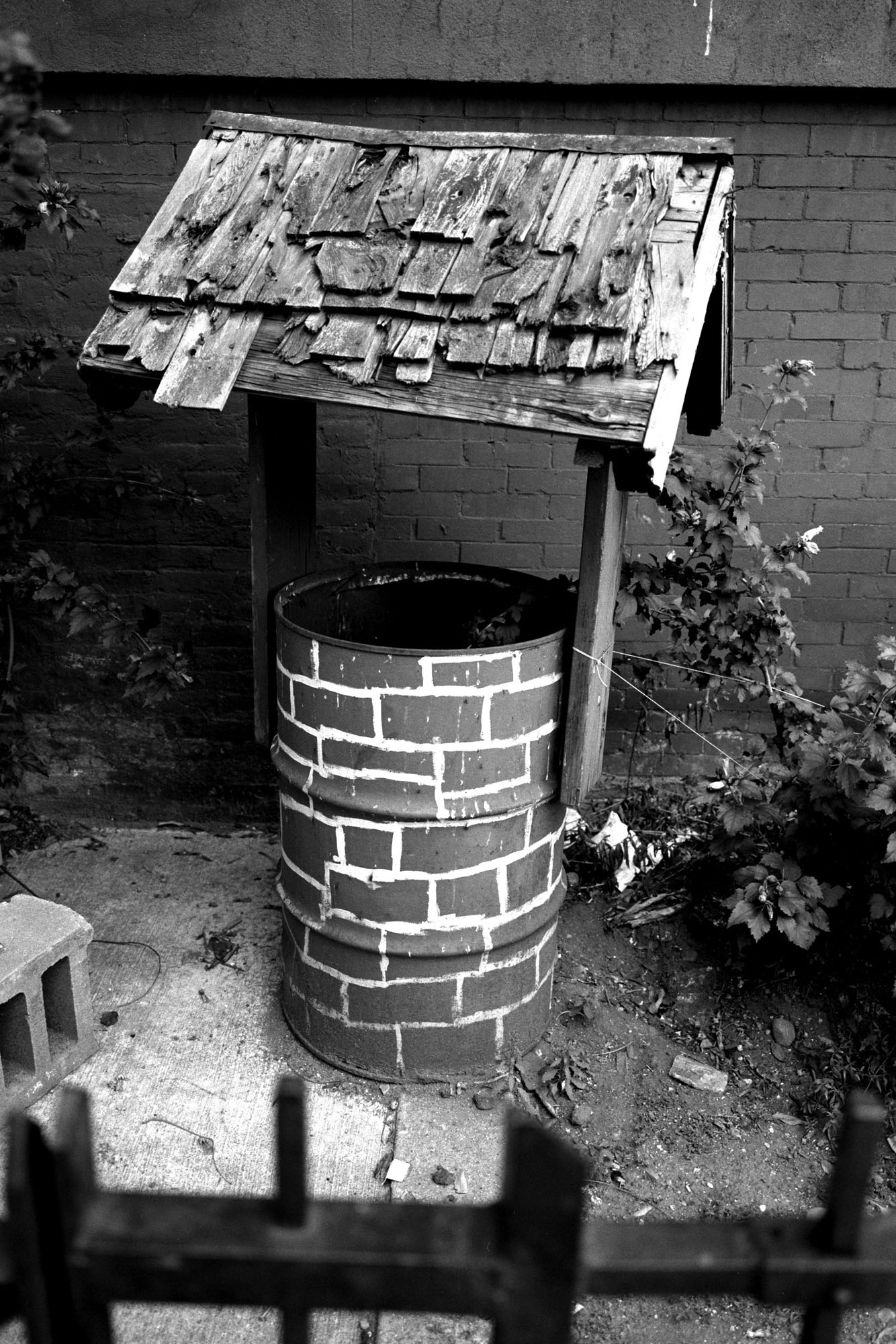 Harlem Wishing Well is a reflection of my interest in looking for connections between the past and present. I've been photographing the "cultural landscape" in African-American communities, including Harlem, for the past thirty years. I love the fact that this improvised "well" eloquently uses found objects to evoke another time and place. Harlem is full of visual evidence of its cultural, political and spiritual past and present. It continues to be an inspiration to my southern-influenced "California eyes." Harlem always seems like home when I'm here. I'm pretty sure I lived here in a past life. 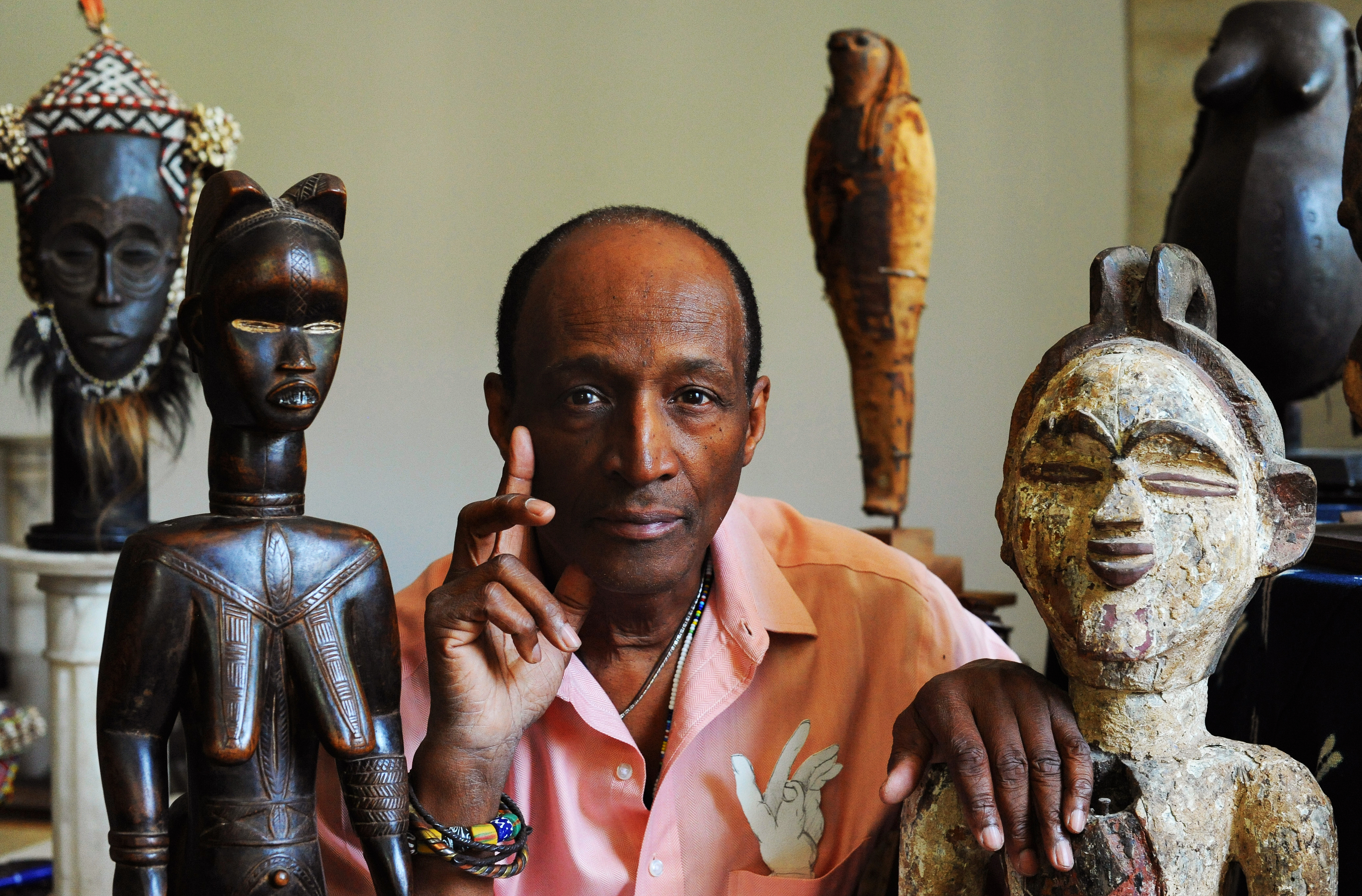 I photographed my mentor—scholar of African art, enstooled Akan chief (Ghana) and Harlem native, Dr. George Nelson Preston. As photographer, it was my goal to reach outside of the anonymity of street photography, and venture into the homes and work places of individual artists and intellectuals. Preston’s Sugar Hill brownstone is a residence as well as a cultural institution. The three-floor Museum of Art and Origins houses one of the world’s finest collections of African art and is the only institution I know about where visitors are able to handle objects (when supervised). It is one of Harlem’s cultural treasures and best kept secrets. Up close and personal, some viewers will meet the face of an old friend and others will be introduced for the first time, but regardless of the relationship, I hope that the audience will become activated by this image and venture out to experience Harlem’s rich cultural life in person. 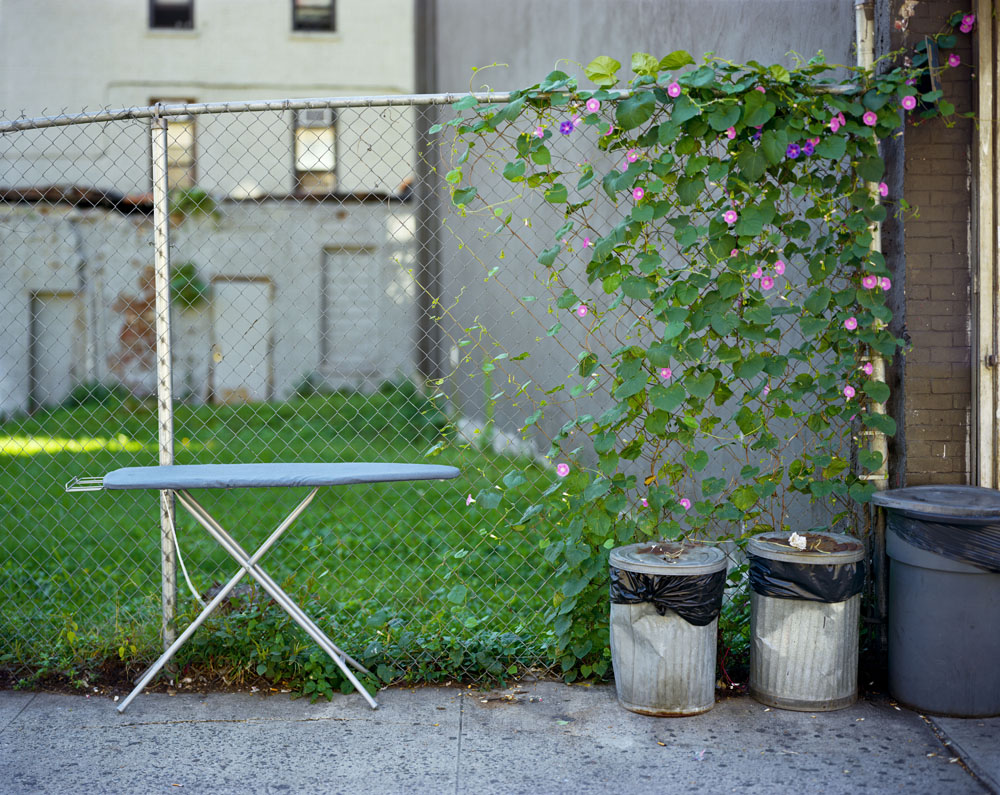 A Fence in Harlem cannot keep the resurgence
of spring from spilling out onto the streets, where
it meets a humble ironing board and some trash
bins. 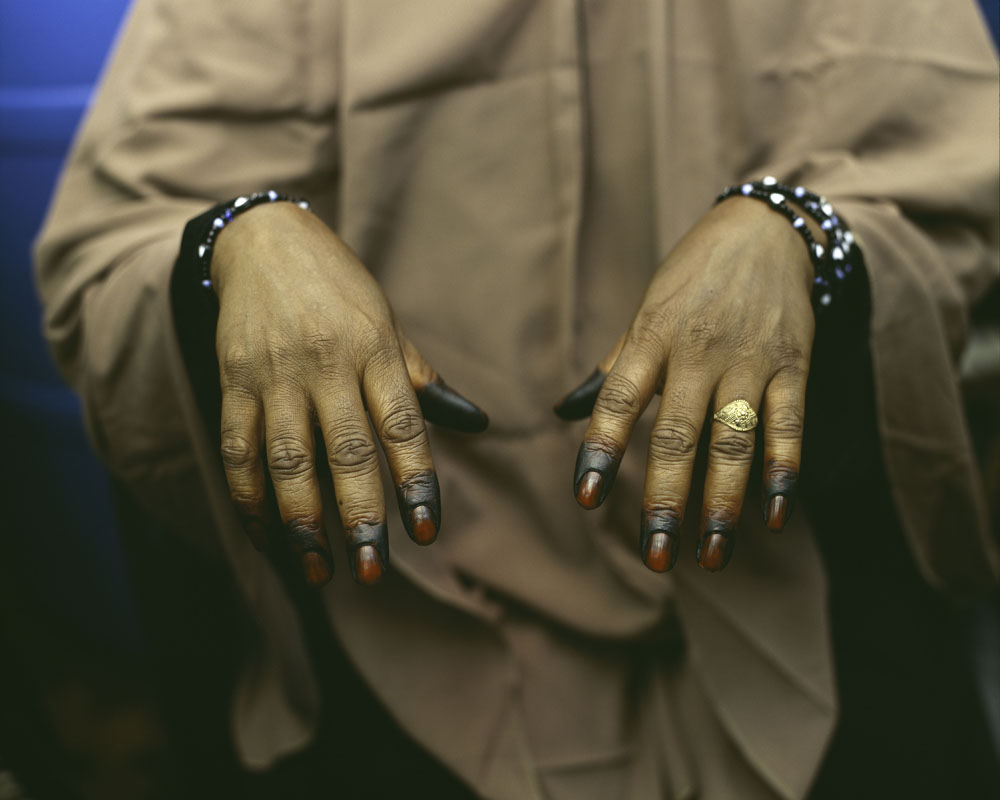 I was photographing in a small boutique owned and operated by a woman from West Africa. “Which country?” I asked. “Oh, I am a mix. From Cameroon and Sierra Leone.” I acknowledged her response with a head nod, and then continued to photograph while she chatted with two other women. I was careful not to bump into the young boy who was tossing and rolling a ball across the floor. There was an abundance of African fabric folded in perfect squares and neatly stacked on the far wall. On the opposite wall pointy-toe shoes with matching clutch purses were stacked. Lots of them in all sorts of colors! Light aqua, lemon yellow, powder blue, emerald, silver, deep red, and gold. It was eye candy, and I was tempted to buy rather than photograph. I had almost finished with the shots, and while maneuvering around the women, I noticed the hands of one who wore a hijab. I made an internal note of her hands. I took the final picture in the space. I glanced at the women’s hands again while she continued to speak with the owner and the friend. When I look at the photograph I think of many things, obvious and not so obvious. However, gentrification comes to mind. There is history in her hands. There is history in Harlem. Her hands are seen in Harlem, but go further back to another land and another time, even before this woman’s time. I love the way my mind travels when I walk around Harlem. I can only imagine the future absence of hands like this as parts of Harlem become more gentrified.