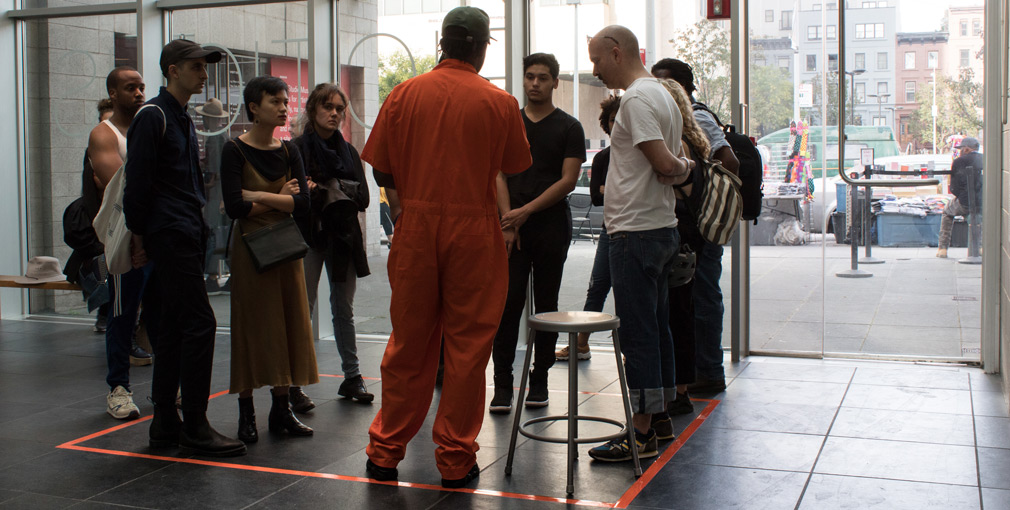 The Jumpsuit Project: The Studio Museum in Harlem (performance view), 2017

In The Jumpsuit Project, Sherrill Roland's ongoing performance work, the artist seeks to challenge and further discussions around mass incarceration. While a graduate student, Roland was wrongfully convicted and spent over ten months in prison. Although eventually exonerated, his experiences with the justice system had a lasting effect on both his life and his artistic practice. During the performance Roland will wear an orange jumpsuit—a reminder of his prison uniform—and invite visitors into his "cell," a space that is roughly the size of his cell in prison. Visitors are encouraged to engage in conversation with Roland during the course of his performance.

Sherrill Roland’s The Jumpsuit Project is part of Fictions, an exhibition on view at The Studio Museum in Harlem from September 14, 2017 to January 15, 2018.