Memories for the Future |
Garrett Bradley, Tina Campt, and Trevor Mathison in Conversation 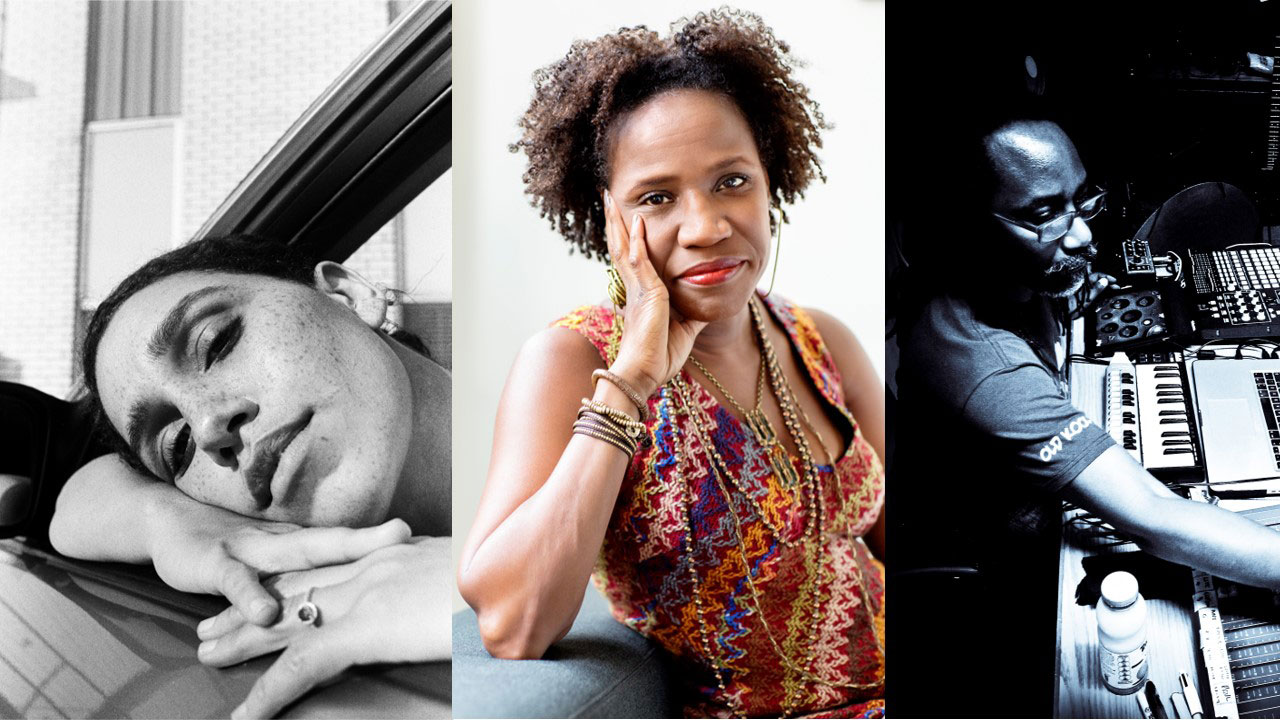 Join artist and filmmaker Garrett Bradley, composer Trevor Mathison, a collaborator on Bradley’s America (2019), and scholar Tina Campt, author of Listening to Images (Duke University Press, 2017), for a conversation exploring the presence of archives and the process of imagining to bring forth histories and memories lost to us, as a practice of archival repair—a theme throughout Bradley’s work.

This special event is the culmination of the Memories for the Future workshop series. Taking inspiration from Bradley’s interest in repairing archival absences, Memories for the Future considered how sound and moving images can evoke personal memories to transform collective history. A series of workshops facilitated by filmmakers, sound artists, and other visual storytellers, illustrated how to use the filmmaking and scoring techniques. The evening will also premiere a selection of films created by workshop participants.

Garrett Bradley works across narrative, documentary, and experimental modes of filmmaking to address themes such as race, class, familial relationships, social justice, southern culture, and the history of film in the United States. Bradley has received numerous prizes which include the 2019 Prix de Rome, and the 2017 Sundance Jury Prize for the short film Alone, which was released by The New York Times OpDocs And became an Oscar Contender for short nonfiction filmmaking, included in Academy Shortlist. Projects: Garrett Bradley is her first New York solo exhibition.

Tina Campt  is Owen F. Walker, Professor of Humanities and Modern Culture and Media at Brown University. Campt is a Black feminist theorist of visual culture and contemporary art. One of the founding researchers in Black European Studies, her early work theorized gender, racial, and diasporic formation in Black communities in Europe, focusing on the role of vernacular photography in processes of historical interpretation.

Trevor Mathison is an artist, composer, sound designer, and recordist. His sonic practice centers on creating fractured haunting aural landscapes and integrating existing music has featured in over thirty award-winning films. Mathison is a founding member of Black Audio Film Collective, the award-winning documentary film group (Handsworth Songs (1986), The March (2013)). He formed Dubmorphology with Gary Stewart in 2005. Mathison composed the score for America (2019).

Zoom Access
This session will be held through Zoom, a free video-conferencing software. Participants are encouraged to use a computer, smartphone, or tablet with a camera and internet access. Participants will receive details on  how to join the meeting the day before the program begins.

Accessibility
This session will be live-captioned. American Sign Language (ASL) interpretation is available upon request with two weeks’ advance notice. We will make every effort to provide accommodation for requests made within two weeks’ notice. For accessibility questions or accommodation requests, please email adultprograms@moma.org or call (212) 708-9781.

This program will be recorded.