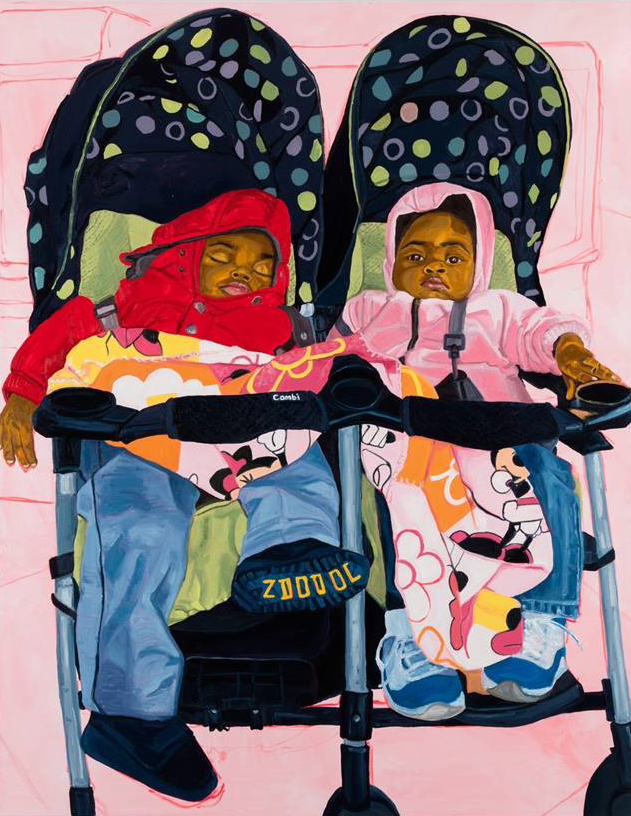 For the second annual Lea K. Green Artist Talk, The Studio Museum in Harlem is proud to honor 2015–16 artist in residence Jordan Casteel for her commitment to rigorous artistic, social and pedagogical practice. The evening's program will feature a presentation by Casteel followed by a conversation with Studio Museum Director of Public Programs and Community Engagement Nico Wheadon.

This program is free and open to the public. Pre-register below. All seating will be on a first-come, first-served basis.

Jordan Casteel (b. 1989 in Denver, CO) received her B.A. from Agnes Scott College in Decatur, GA for Studio Art (2011) and her M.F.A. in Painting and Printmaking from Yale School of Art in New Haven, CT (2014). She has been an artist-in-residence at Yaddo, Saratoga Springs, NY, (2015) Lower Manhattan Cultural Council Process Space, Governors Island, NY, (2015), The Studio Museum in Harlem, New York, NY (2015), and is currently an awardee for The Sharpe-Walentas Studio Program, DUMBO, NY (2016). She has had two solo exhibitions in New York with Sargent's Daughters in August 2014 and October 2015 and was featured in Artforum, New York Times, Flash Art, New York Magazine, FADER, Time Out New York, The New York Observer and Interview Magazine. Casteel is an Assistant Professor at Rutgers University-Newark. She lives and works in New York, NY and is represented by Casey Kaplan.