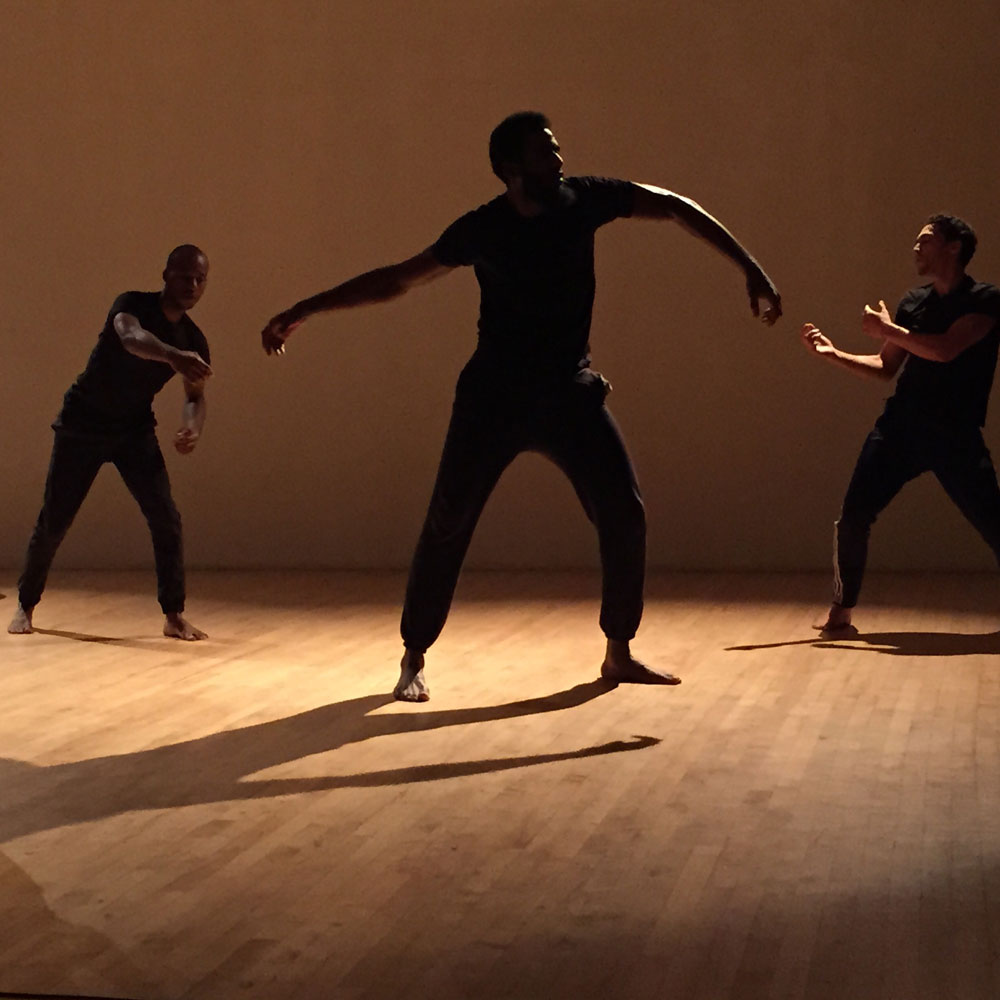 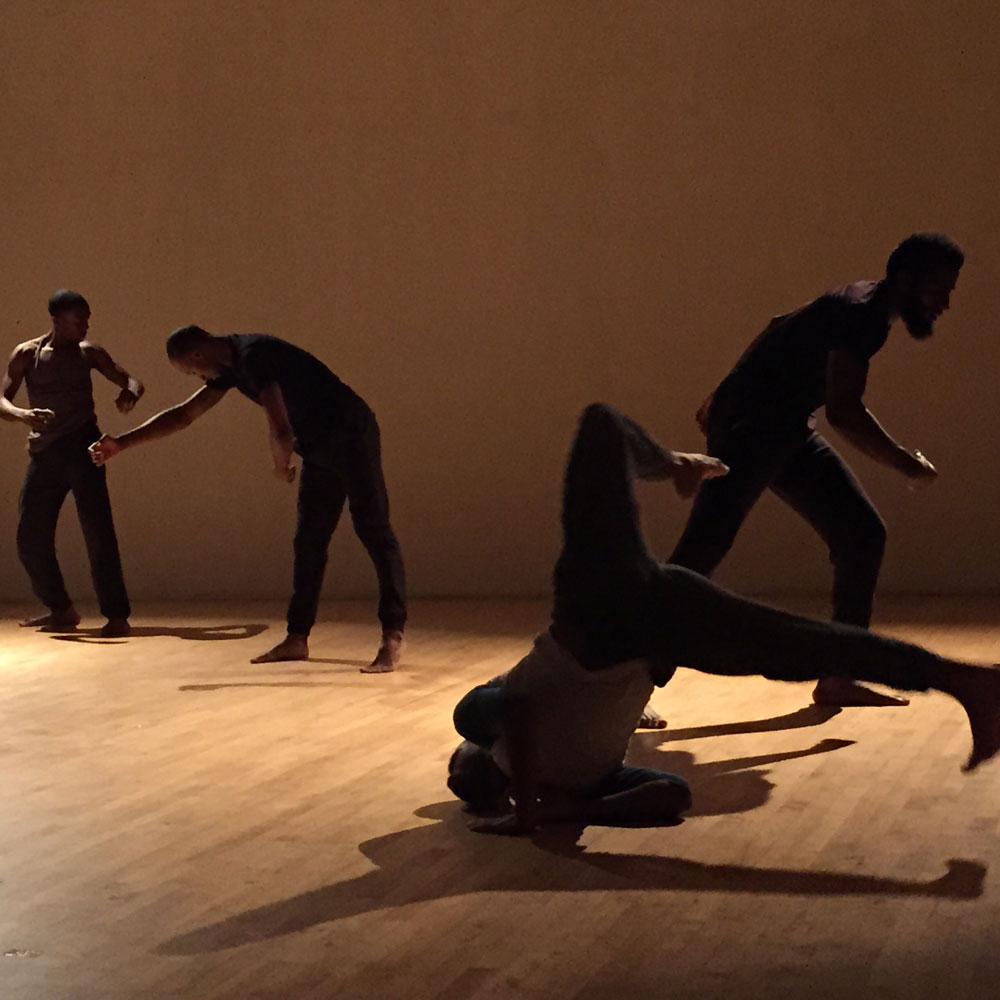 The Studio Museum in Harlem and The Schomburg Center for Research in Black Culture are pleased to present a custom Studio Museum-iteration of Dapline!, a modern dance performance by choreographer André Zachery and visual artist LaMont Hamilton.

Dapline! re-examines the “dap,” a ritual handshake affirming dignity and pride amongst African-American men that was popularized during a period of racial unrest in the 1960s. In this special Studio Museum presentation—beginning in the Museum's Atrium, weaving throughout the galleries and culminating in a performance and artist talk in the Theatre—a group of performers will enact a series of gallery-inspired movements, sounds and visuals. Representing an intergenerational channel for Black solidarity, consciousness and identity, the dap will flow through the Museum in response to artworks in A Constellation and Lorraine O'Grady: Art Is…  Special guests in the performace include sound artist Jeremy Toussaint-Baptiste, vocal artist Yaw and performance artist Yon Tandé (Whitney V. Hunter). In the Theatre, Assistant Curator Amanda Hunt and Professor Thomas F. DeFrantz will join Zachery and Hamilton to discuss the thematic undercurrents bridged in the performance.

Thanks to the generous support of Target, Museum admission and public programs are free and open to the public on Sundays. Capacity in the galleries and seating in the theatre is limited and available on a first-come, first-served basis. Please arrive early to secure your spot!

The theatrical version of Dapline! premieres at the Schomburg Center on February 25th and 26th. Click here for more information about the Schomburg’s presentation.

LaMont Hamilton (b. 1982) is an interdisciplinary artist based in Chicago who works primarily in photography, film and performance. Hamilton has been the recipient of several fellowships and awards, including the MacDowell Colony, Smithsonian Artist Research Fellowship, Artadia Award, ArtMatters Grant and the City of Chicago's IAP Award. His residencies include Visiting Artist in Residence at Duke University in conjunction with African and African American Studies and SLIPPAGE: Performance|Culture|Technology and Bemis Center for Contemporary Art.

Andre Zachery (b.1981) is Brooklyn-based interdisciplinary artist who creates performances, interactive media installations, film, and sound art. He earned a BFA from the Ailey/Fordham program in 2005, and MFA in Performance & Interactive Media Arts (PIMA) from Brooklyn College in 2014. He is a recipient of the Caroline H. Newhouse Scholarship Fund and Sono Osato Scholarship Award for Graduate Studies through Career Transitions for Dancers, and PIMA Outstanding Student Award in 2013. Zachary is currently a Jerome Foundation supported 2015 Movement Research Artist-in-Residence.

Thomas F. DeFrantz is Professor and Chair of African and African American Studies at Duke University, as well as the director of SLIPPAGE: Performance|Culture|Technology. His research and performance work focuses on theories of African diaspora aesthetics, intersections of dance and technology, and dance historiography. He has taught courses at MIT, NYU, Yale, Stanford, and the University of Nice among others and performed in Botswana, France, India, Ireland, South Africa, and Trinidad. DeFrantz is the author of Dancing Many Drums: Excavations in African American Dance (2002), Dancing Revelations: Alvin Ailey's Embodiment of African American Culture (2004), and Black Performance Theory (2014).