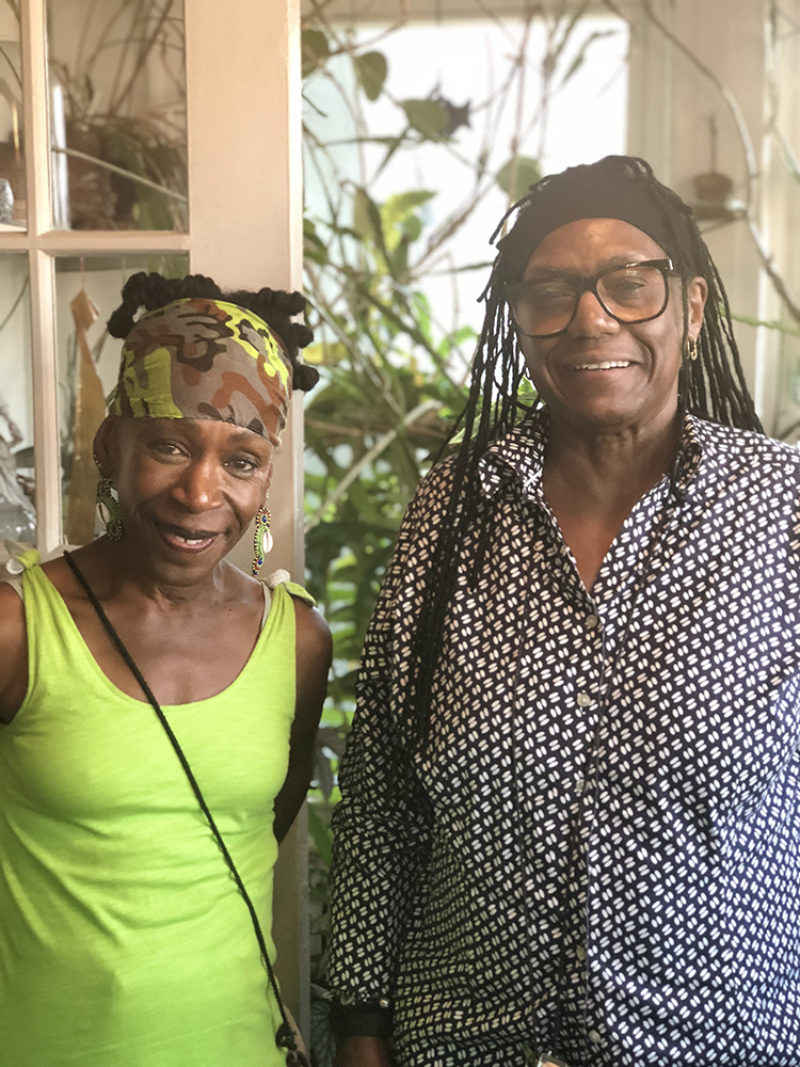 Presented in partnership with BOMB Magazine’s Oral History Project and The Museum of Arts and Design, this program features a live dual oral history between mixed media artist and 1981–82 artist in residence Janet Olivia Henry and ceramist and 1983–84 artist in residence Sana Musasama. Moderated by Stephanie E. Goodalle, BOMB’s Oral History Fellow, Henry and Musasama will share their experience as sculptors and educators from Queens—in their own words.

Since 2016, The Studio Museum in Harlem has supported BOMB’s Oral History Project in staging live interviews with New York City-based visual artists of the African Diaspora. The first iteration featured James Little in conversation with LeRonn P. Brooks on the occasion of Circa 1970 and the second iteration presented Maren Hassinger in conversation with Lowery Stokes Sims on the occasion of Maren Hassinger: Monuments.

General Admission $5. Free for members of MAD Museum and The Studio Museum in Harlem. Click here to purchase.

Janet Olivia Henry grew up in East Harlem and then in Jamaica, Queens, where she still resides. She was educated at the High School of Art and Design, HARYOU-ACT Graphics and Plastics Workshop, the School of Visual Arts, and the Fashion Institute of Technology, and received a fellowship in education from the Metropolitan Museum of Art. Over the years, Henry's artwork has been exhibited in scores of solo and group shows at such venues as Asheville Art Museum, A.I.R. Gallery, the Brooklyn Museum, Five Myles, PPOW Gallery, the Queens Museum, the Studio Museum in Harlem, the Newark Museum, Artists Space, and Just Above Midtown. As a funder and educator, Janet Olivia Henry has worked at the New York State Council on the Arts, Jamaica Center for Arts and Learning, Lower Eastside Girls Club, WHEDco, Studio in a School, and currently at Brooklyn Heights Montessori School.

Sana Musasama received her BA from City College of New York in 1973 and her MFA from Alfred University in 1988. Sana received the 2018 Achievement Award from the National Council on Education for the Ceramic Arts for her years of teaching and her humanitarian work with victims of sex trafficking in Cambodia. Musasama is the coordinator of the Apron Project, a sustainable entrepreneurial project for girls and young women reintegrated back into society after being forced into sex trafficking. Musasama’s work was shown in the 2001 Florence Biennial. She was awarded Anonymous Was a Woman in 2002, and her work is in the collections of the Museum of Arts and Design, The Mint Museum in Charlotte, North Carolina; Cooper Hewitt Smithsonian Design Museum; and the Hood Museum of Art in Hanover, New Hampshire. She was awarded the ACLU of Michigan for ArtPrize 7 and ArtPrize 8 works.

Stephanie E. Goodalle is a writer, curator, and BOMB’s Oral History fellow. Her writing has appeared in BOMB and BURNAWAY and past curatorial and programming endeavors include Synesthesia: Sound, Color, and Iconography in Free to Be at Jenkins Johnson Projects; Other Articulations of the Real at the Hessel Museum, NY; and Click, Click: Conversations on Black Photography. Goodalle has an MA from the Center for Curatorial Studies, Bard College in Annandale-on-Hudson, NY, and a BA from Spelman College in Atlanta, GA.

All galleries and public spaces at The Museum of Arts and Design are wheelchair accessible. The Theater at MAD is equipped with infrared assistive listening technology. You may pick up a headset before any program at the Admissions Desk. Service dogs on a leash and under their owner's control are welcome.

This program is made possible, in part, by Humanities New York with support from the National Endowment for the Humanities.