The Artist's Voice | Kevin Beasley in Conversation with Lumi Tan 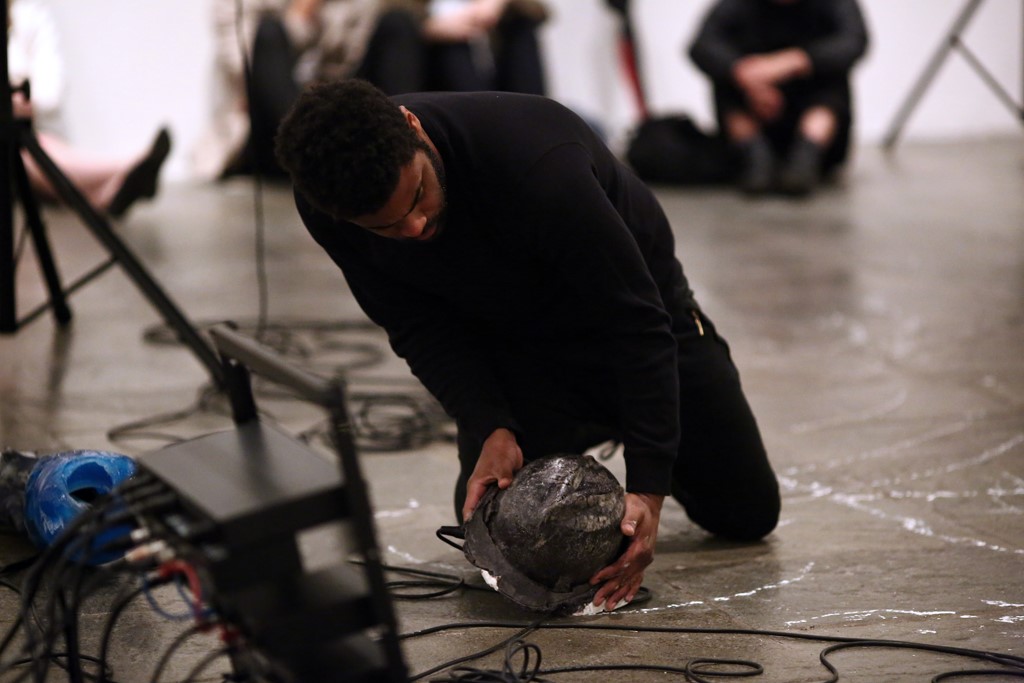 Image courtesy of the artist and Casey Kaplan Gallery

In this conversation, artist in residence Kevin Beasley and Lumi Tan, Associate Curator at The Kitchen, will discuss Beasley's practice and works included in Material Histories: Artists in Residence 2013–14. The program will introduce an audio component that moves the conversation off the stage and into new dimensions, and will conclude with a question and answer segment.

Kevin Beasley was born in Lynchburg, Virginia in 1985. He holds an MFA from Yale University (2012) and received a BFA from the College for Creative Studies in Detroit (2007). Beasley creates sculptural installations composed of found materials and refuse. He also creates works in sound that are similarly invested in physical presence. Beasley's works have been featured in recent exhibitions, including Fore at The Studio Museum in Harlem (2012–13), Some Sweet Day at the Museum of Modern Art (2012), An All Day Event, The End at Danspace (2012), the Queens International at the Queens Museum and the 2014 Whitney Biennial.

Lumi Tan is Associate Curator at The Kitchen and Associate Editor of The Exhibitionists: Journal on Exhibition Making.

Reserve tickets for The Artist's Voice: Kevin Beasley In Conversation with Lumi Tan