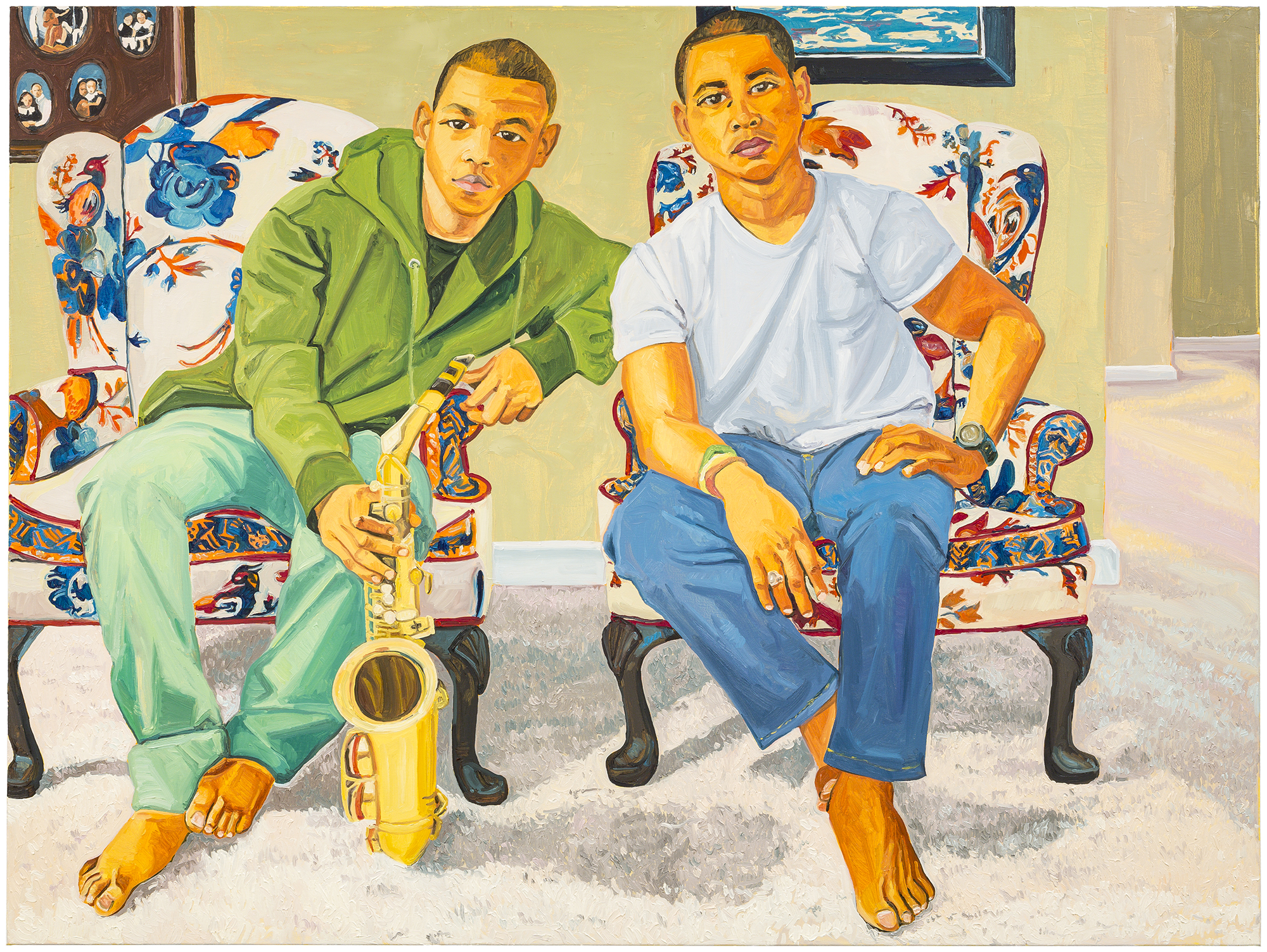 Visit the working studios of the 2015–16 artists in residence—Jordan Casteel, EJ Hill, and Jibade-Khalil Huffman—on Sunday, November 15, 2015, from 1–6pm. The studios are located on the third floor of the Studio Museum and all three artists will be present.

Since our founding in 1968, the Museum has offered an intensive, annual studio residency that supports emerging visual artists working in any media, with over one hundred graduates having gone on to highly regarded careers. Open Studios is a unique opportunity for visitors to directly engage with the Museum’s resident artists at the beginning and midpoint of their tenure. In the fall and spring, the artists open their studios to the public and are encouraged to discuss works in progress, sharing valuable insight into their inspirations, processes and techniques. At the culmination of their residency, an exhibition of their work is presented in the Museum’s galleries, in addition to a public program where they are invited to explore various aspects of their practice with a critical dialogue partner.

Jordan Casteel (b. 1989, Denver, CO) is a figurative painter whose recent work uses bold color and thick, gestural paint to explore the theme of Black masculinity in a domestic environment. She received her BA in studio art from Agnes Scott College in Decatur, GA (2011), and her MFA in painting and printmaking from Yale University in New Haven, CT (2014). She has been an artist in residence at Yaddo in Saratoga Springs, NY (2015) and at the Lower Manhattan Cultural Council's Process Space on Governors Island, NY (2015). Her work was selected for inclusion in New American Paintings Northeast Issue #116 in 2015.

EJ Hill (b. 1985, Los Angeles, CA) practices endurance-based performance in which he uses his body as the literal and symbolic site for examining the many ways in which physical and ideological bodies may transcend their afflictions. His work has been presented in solo and group exhibitions in Los Angeles, Chicago, New York, Buenos Aires and Berlin. He received a BFA from Columbia College in Chicago (2011) and an MFA from the University of California at Los Angeles (2013).

Jibade-Khalil Huffman (b. 1981, Detroit, MI) is the author of three books of poems: 19 Names For Our Band (2008), James Brown Is Dead (2011) and Sleeper Hold (2015). His projects fuse the visual arts and writing, combing poetic/essayistic texts with video installation, photography and performance, and have been presented at P.S.1/MoMA in New York, the Hammer in Los Angeles, the Museum of Contemporary Art in Los Angeles and Southern Exposure in San Francisco, among others. He received a BA in photography from Bard College (2003), an MFA in literary arts from Brown University (2005) and an MFA in studio art from the University of Southern California (2013).