Studio Screen | The Studio Museum in Harlem Skip to Content

Studio Screen | Arthur Jafa | Love is the Message, The Message is Death (2016) 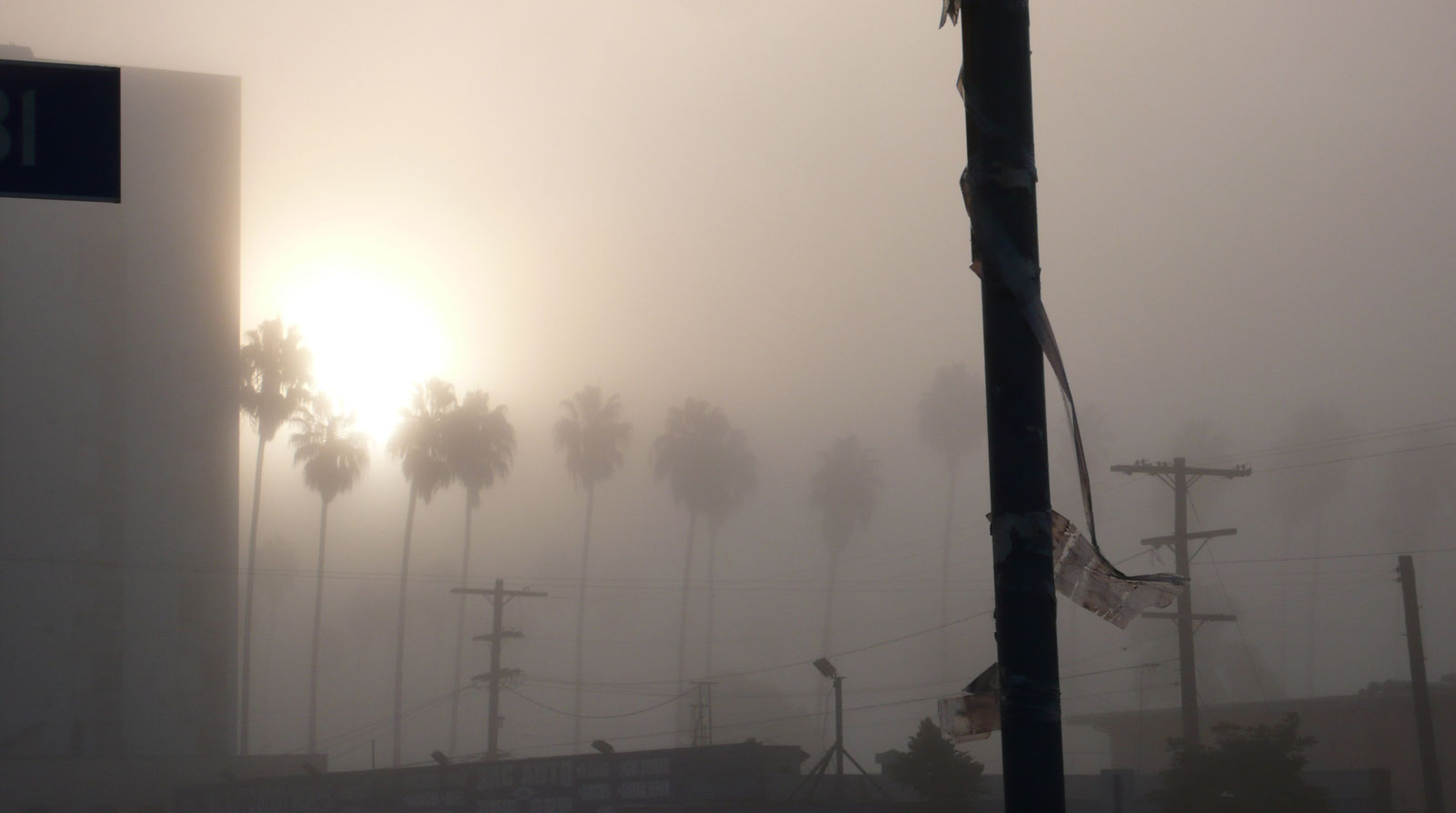 In collaboration with 12 other art institutions across the United States and Europe, The Studio Museum in Harlem’s Studio Screen will proudly present a 48-hour continuous stream of Arthur Jafa’s 2016 video Love is the Message, The Message is Death beginning at 2:00 pm on Friday, June 26.

For more than half a century, The Studio Museum in Harlem has been a champion for contemporary artists of African descent and the work they create. Conceived as a new kind of art institution, the Studio Museum today continues to be a site of radical experimentation and community engagement: supporting and showcasing vital work in all media, providing a platform on which artists and audiences may address issues of urgent concern, and acting as a catalyst for change.

Love is the Message, The Message is Death meticulously captures, in rapid-fire glimpses, fragments, and sound bites, the complexity, resiliency, pain, hope, and value of Black life.

The Studio Museum is honored to present Love is the Message, The Message is Death online and remains committed to presenting more works by artists of African descent in accessible digital formats. This film is a movingly honest portrayal of Black experience in its fullness and contains images that viewers may find upsetting, including graphic documentation of physical violence against African Americans. Please be aware that some content could be triggering.

To learn more about Arthur Jafa, Love is the Message, The Message is Death, and how to have informed conversations about race, please see a list of resources below.

A searing seven-and-a-half-minute, single-channel video, Love is the Message, The Message is Death is an ode to Black life in all its complexity, sorrow, and beauty. Set to Kanye West’s 2016 gospel-inspired track “Ultralight Beam,” the work features a fast-paced montage of original and found footage meticulously edited in a manner akin to the rhythmic pulses and overlays of jazz and hip-hop, two distinctly African-American music genres. In this powerful meditation on the long history of systemic racism and violence against Black people in the United States, Jafa brings Blackness to the fore, refuting and refusing the erasure of Black history, achievements, and continued trauma from our collective memory.

Love is the Message, The Message is Death was acquired by The Studio Museum in Harlem as a gift of the artist in 2018. This presentation of the work—the first time it will be streamed—will be its debut at the Studio Museum.

Across three decades, artist, filmmaker, and cinematographer Arthur Jafa has developed a dynamic practice comprising films, artefacts and happenings that reference and question the universal and specific articulations of Black being.

Underscoring the many facets of Jafa’s practice is a recurring question: how can visual media, such as objects, static and moving images, transmit the equivalent "power, beauty and alienation" embedded within forms of Black music in US culture?

Jafa’s films have garnered acclaim at the Los Angeles, New York and Black Star Film Festivals and his artwork is represented in celebrated collections worldwide including The Metropolitan Museum of Art, The Museum of Modern Art, Tate, The San Francisco Museum of Modern Art, The Studio Museum in Harlem, The High Museum Atlanta, The Dallas Museum of Art, The Museum of Contemporary Art in Chicago, The Stedelijk, LUMA Foundation, The Perez Art Museum Miami, Los Angeles Museum of Contemporary Art, The Hirshhorn Museum and Sculpture Garden and the Smithsonian American Art Museum, among many others.

Jafa has recent and forthcoming exhibitions of his work at the Berkeley Art Museum and Pacific Film Archives; Moderna Museet, Stockholm; Fundação de Serralves, Porto; the 22nd Biennale of Sydney and the Louisiana Museum of Art, Denmark. In 2019, he received the Golden Lion for the Best Participant of the 58th Venice Biennale “May You Live in Interesting Times.”

After watching the film, below are questions to reflect on 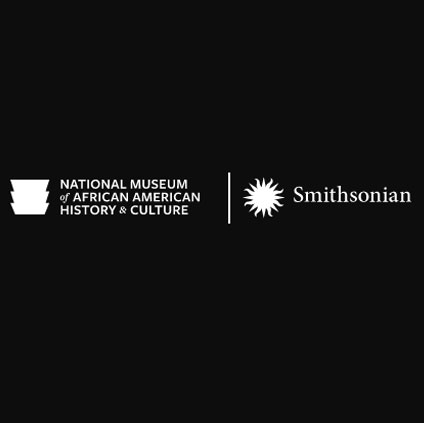 The Smithsonian's National Museum of African American History and Culture has created an online resource that provides tools and guidance to empower discussions about race and social equity.

The Smithsonian's National Museum of African American History and Culture has created an online resource that provides tools and guidance to empower discussions about race and social equity. 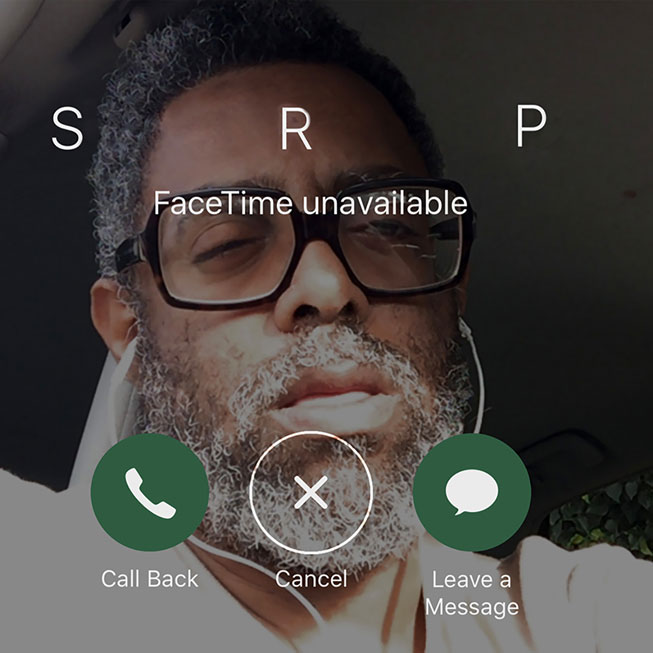 Two roundtable panel discussions convened by the artist will take place Saturday, June 27, at 2 p.m. ET and Sunday, June 28, at 2 p.m. ET on sunhaus.us. Join the conversation with the hashtag:

Two roundtable panel discussions convened by the artist will take place Saturday, June 27, at 2 p.m. ET and Sunday, June 28, at 2 p.m. ET on sunhaus.us. Join the conversation with the hashtag: #DeathIsLoveIs. Participants in Saturday’s panel may include Peter L'Official, assistant professor of literature at Bard College; Josh Begley, artist; Elleza Kelley, writer and doctoral candidate at Columbia University; and Thomas Lax, curator of media and performance at the Museum of Modern Art, New York. Participants Sunday may include Aria Dean, artist and assistant curator of net art and digital culture at Rhizome; Rashaad Newsome, artist; Isis Pickens, First Lady of Los Angeles’ Zion Hill Baptist Church; and Simone White, poet and assistant professor of English at the University of Pennsylvania. Both panels are moderated by Tina Campt, the Owen F. Walker Professor of Humanities and Modern Culture and Media at Brown University. 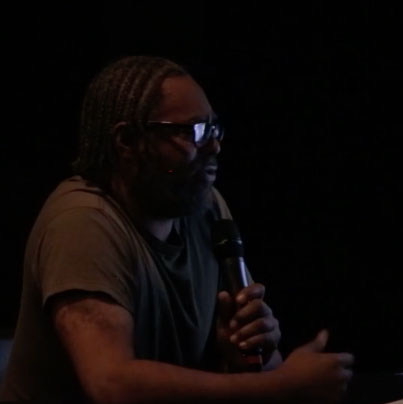 Arthur Jafa leads a shot-by-shot discussion of the film with writer, musician and professor Greg Tate.

Arthur Jafa leads a shot-by-shot discussion of the film with writer, musician and professor Greg Tate.

To learn more about Arthur Jafa and his work, read: Arthur Jafa on the Story Behind His Film, Love Is the Message, Professor, Tina M. Campt's 2017 interview with Jafa, Love is the Message, The Plan is Death, and her essay with an accompanying playlist, Black Visuality and the Practice of Refusal. Watch Saidiya Hartman and Arthur Jafa in conversation at the Hammer Museum and Arthur Jafa's lecture at the Pérez Art Museum Miami.