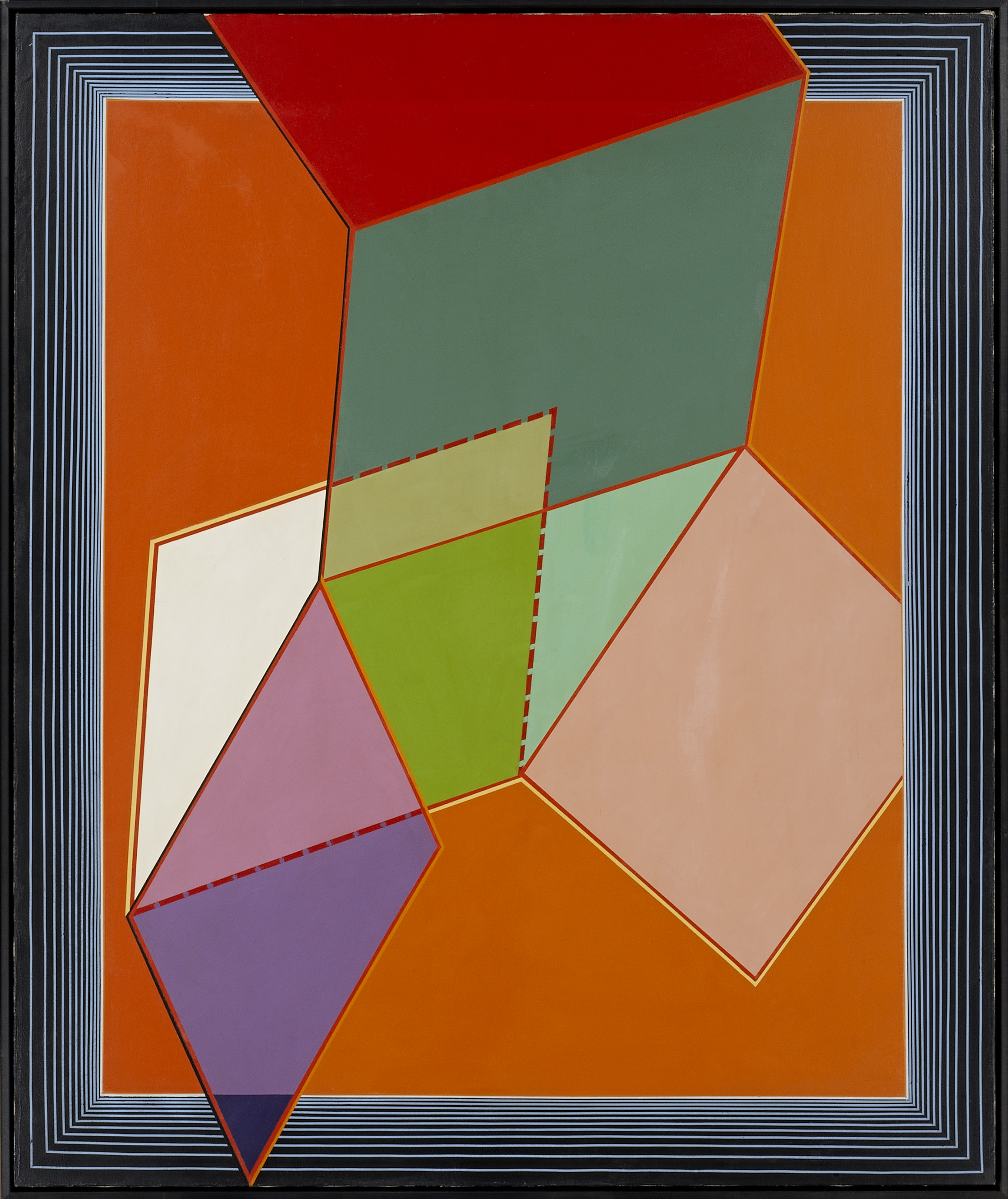 Variations on a Six Sided Object is an example of the nonrepresentational experimentation of many African-American artists in the second half of the twentieth century. A deconstructed and flattened “six-sided object” emerges from the picture plane through the use of bright colors, contours, and overlapping elements. With its forms spilling over the black border, the work challenges the pictorial frame, a resistance that would persist throughout Alvin Loving’s career. In 1969 Loving, one of several abstract painters embraced by the Studio Museum in its first decade, was the first Black man to receive a solo exhibition at the Whitney Museum of American Art.