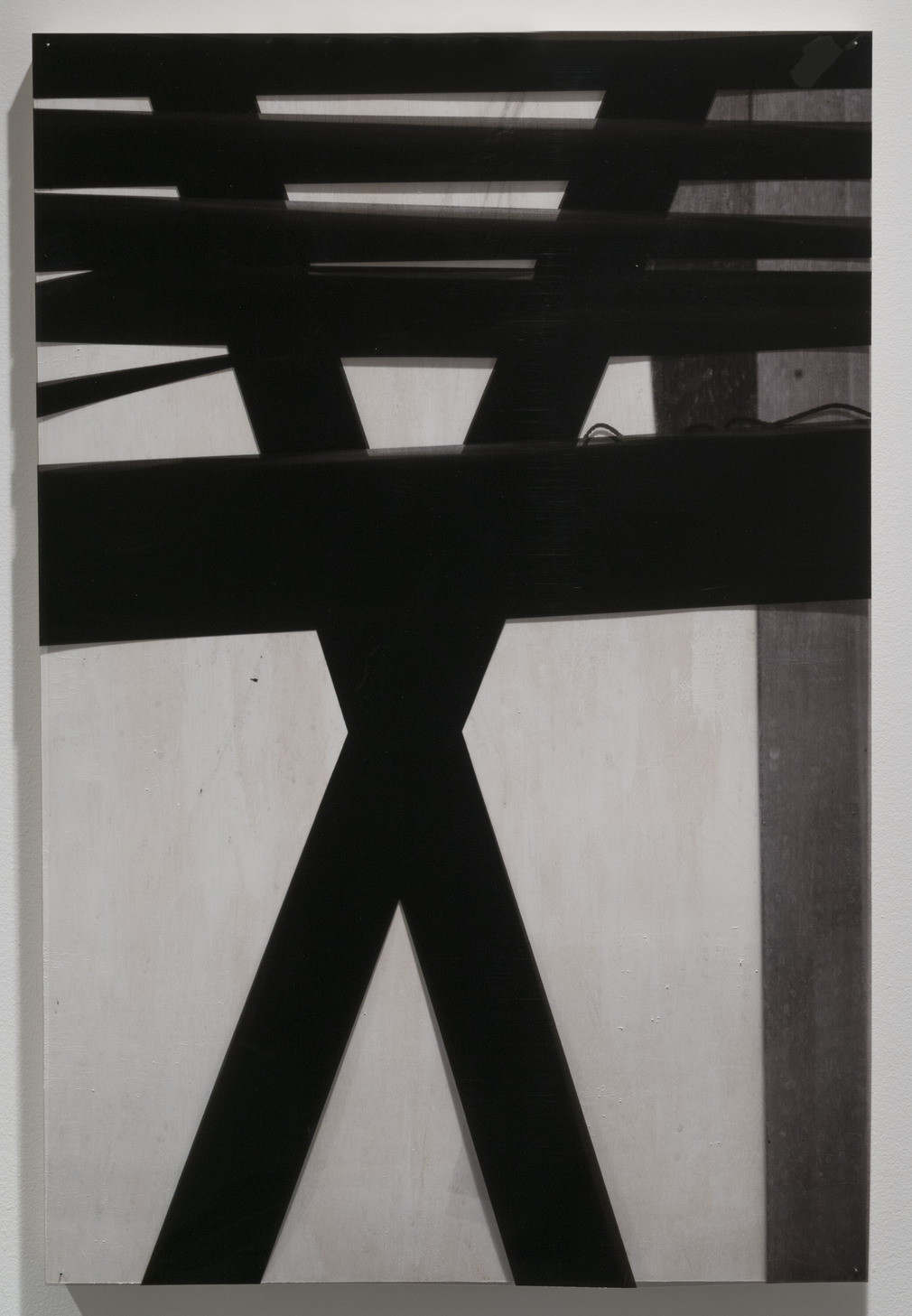 Steffani Jemison creates video, performance, and photo-based works centered on the use of the spoken and written word. The layered images in this work experiment with light, shadow, surface, and depth. The photograph looks out onto 125th Street from Jemison’s studio window during her time as an artist in residence at The Studio Museum in Harlem. The “X” shape is the result of tape placed on the windows of the studios in preparation for Hurricane Sandy in 2012. Recalling the impact of Sandy, Untitled (X) speaks to how society attempts to preserve, protect, and document the way New York, and Harlem in particular, changes over time.