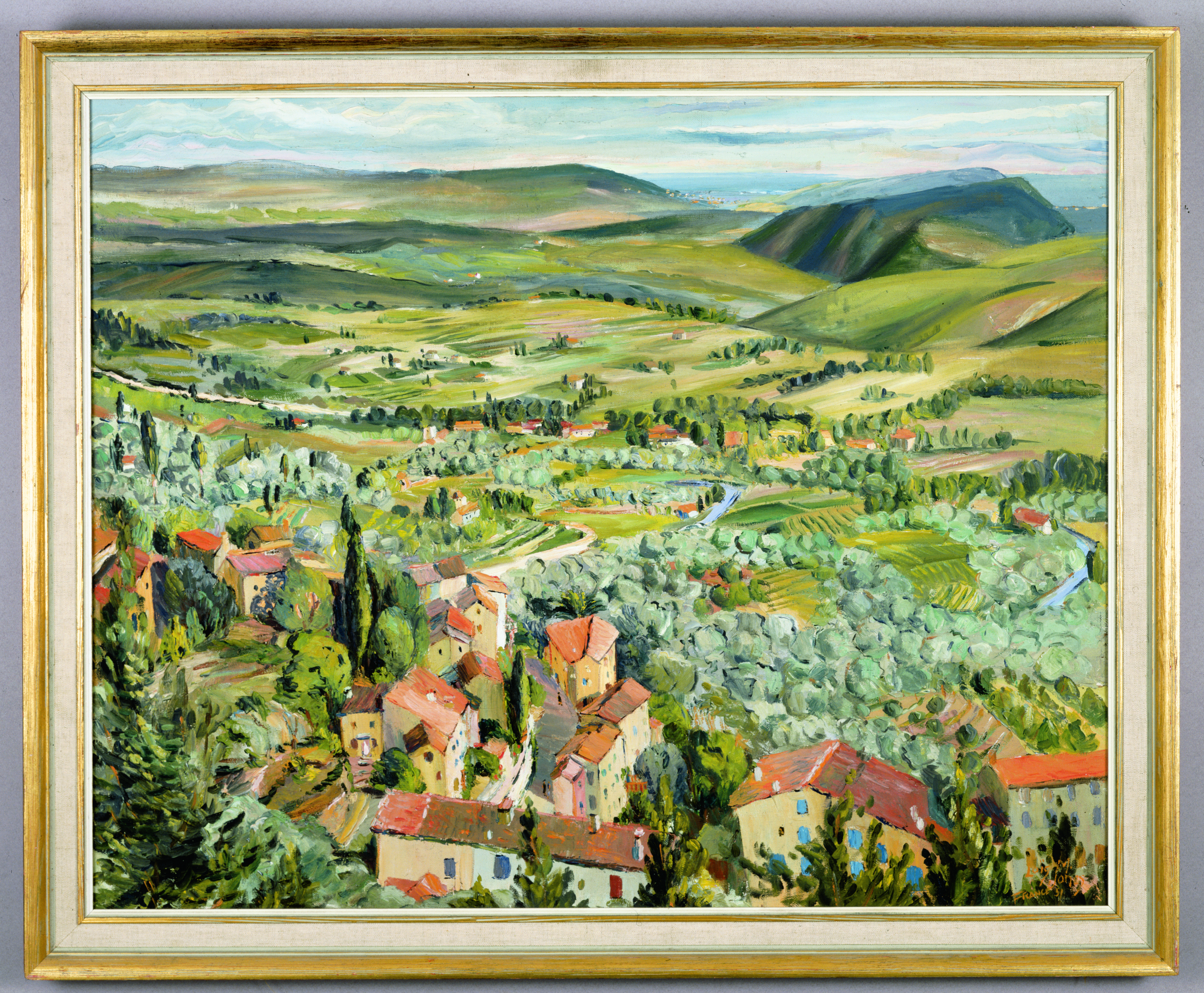 One of several landscapes that Lois Mailou Jones painted of the French countryside, this bird’s-eye view of a quaint village nestled in rolling hills exemplifies Jones’s attention to color and detail. An academically trained artist, she took a sabbatical from teaching at Howard University in 1937 to spend a year in Paris, studying at the Académie Julian and visiting museums and galleries. Inspired by the art she saw and the freedom from racial prejudice she found, Jones returned to France several times throughout her life, often spending time painting outdoors, as she likely did for this scene.