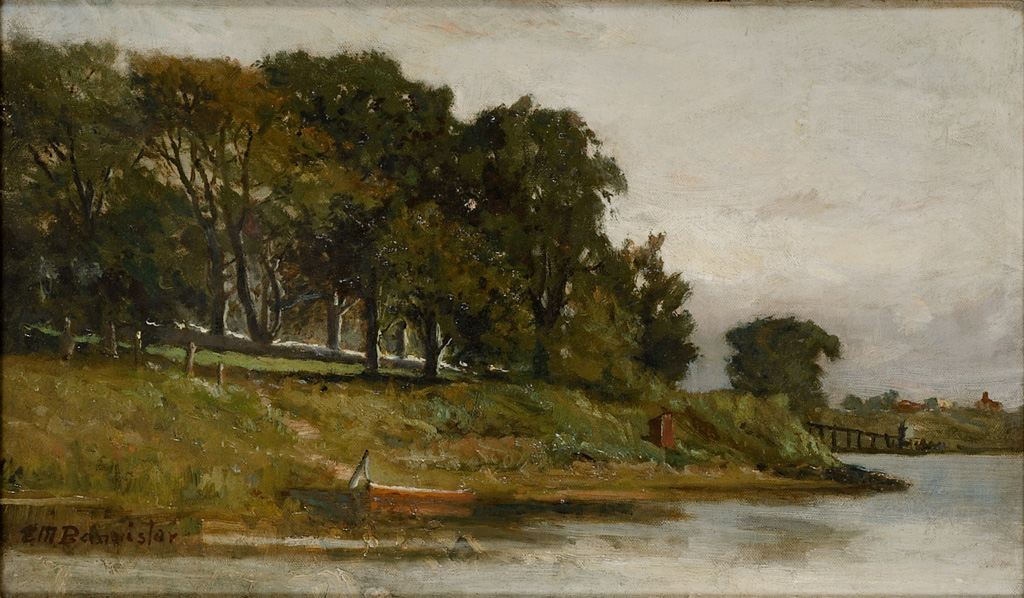 One of the few Black-American artists of the nineteenth century to achieve significant recognition during his lifetime, Edward Mitchell Bannister was known for his bucolic landscapes rendered in thick impasto. He spent most of his career in Providence, RI, and was greatly inspired by the New England landscape and coast. In this untitled work painted shortly after receiving the first-prize bronze medal at the 1876 Philadelphia Centennial Exposition, the artist depicts a tranquil scene along a bank, where a human presence is suggested in the boat and shack in the foreground and buildings and bridge in the background.