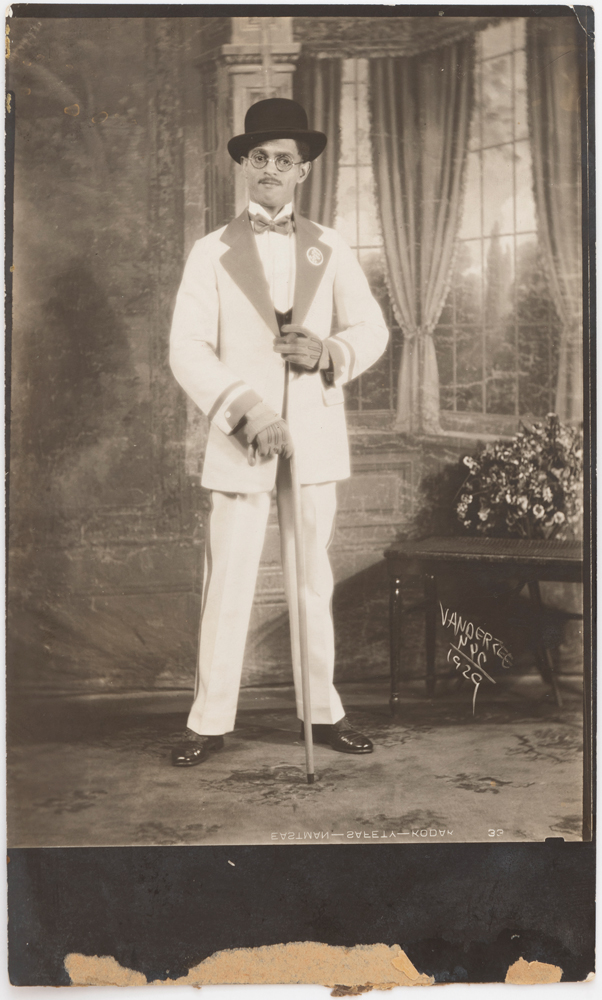 Moving to New York in 1906, James Van Der Zee became a sought-after photographer in the 1920s, capturing the elegance of his primarily middle-class Black subjects through the use of intricate props and backdrops. Here, the illusionistic backdrop of a dignified parlor combined with the man’s crisp white tuxedo and top hat suggest he is on his way to a fashionable banquet or club. The image exemplifies Van Der Zee’s fondness for Victorian painting tradition, where artists would present sitters in the foreground of whimsical and decorative environments.