Thanksgiving and Other Holidays 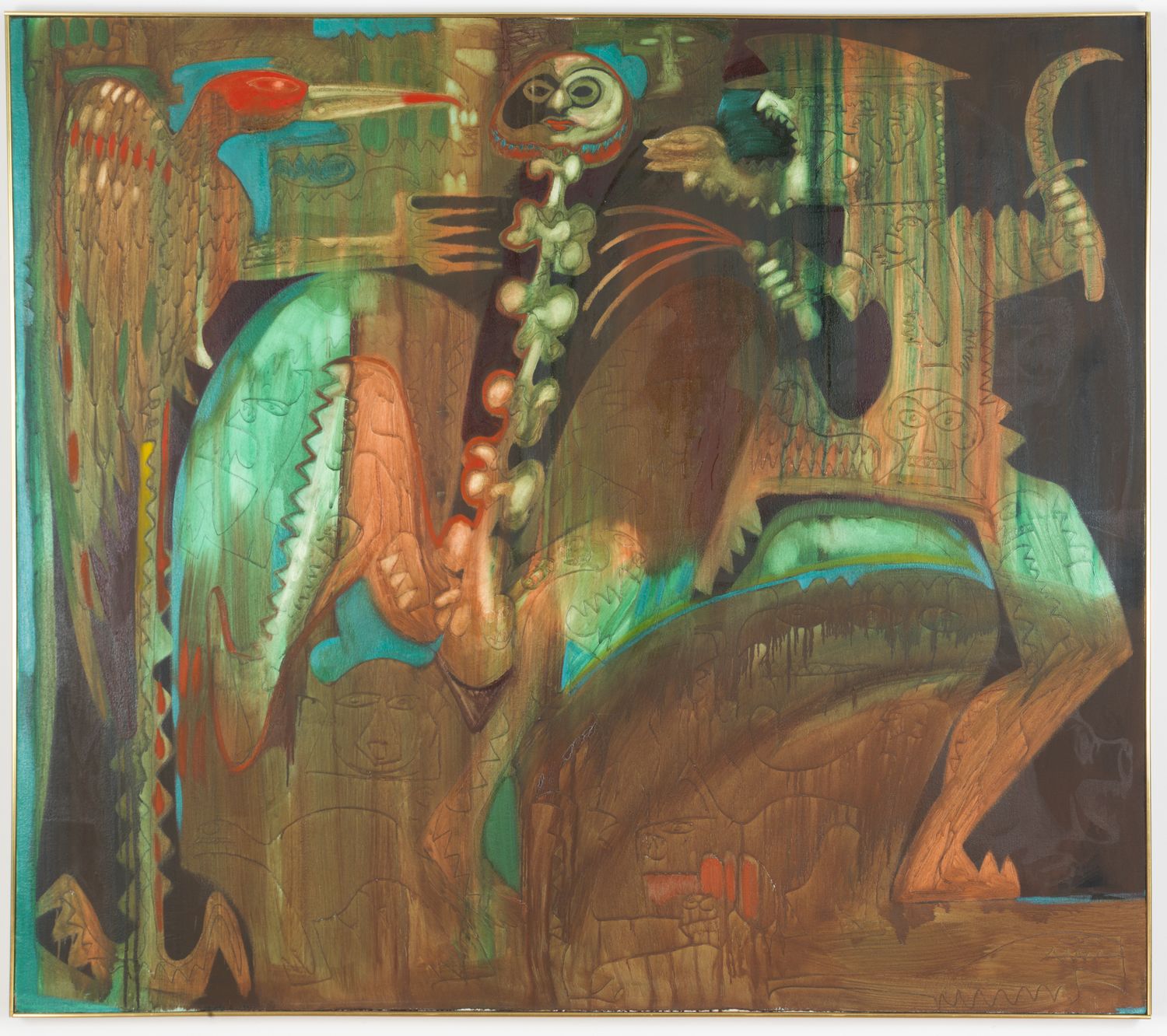 In Thanksgiving and Other Holidays, Emilio Cruz creates a contradictory image by juxtaposing the festivities associated with holidays with a jarring scene layered with numerous visual elements. The study in contrasts is further enforced by the smooth application of paint versus the drawn-on motifs. The amalgamation of elements grew out of the artist’s study of various cosmologies, religions, and philosophies that took root in his practice in the later 1960s and came to fruition in the 1980s. In Cruz’s vision, influenced by Hindu thought, life is a constant contradiction where the opposite is also always true.