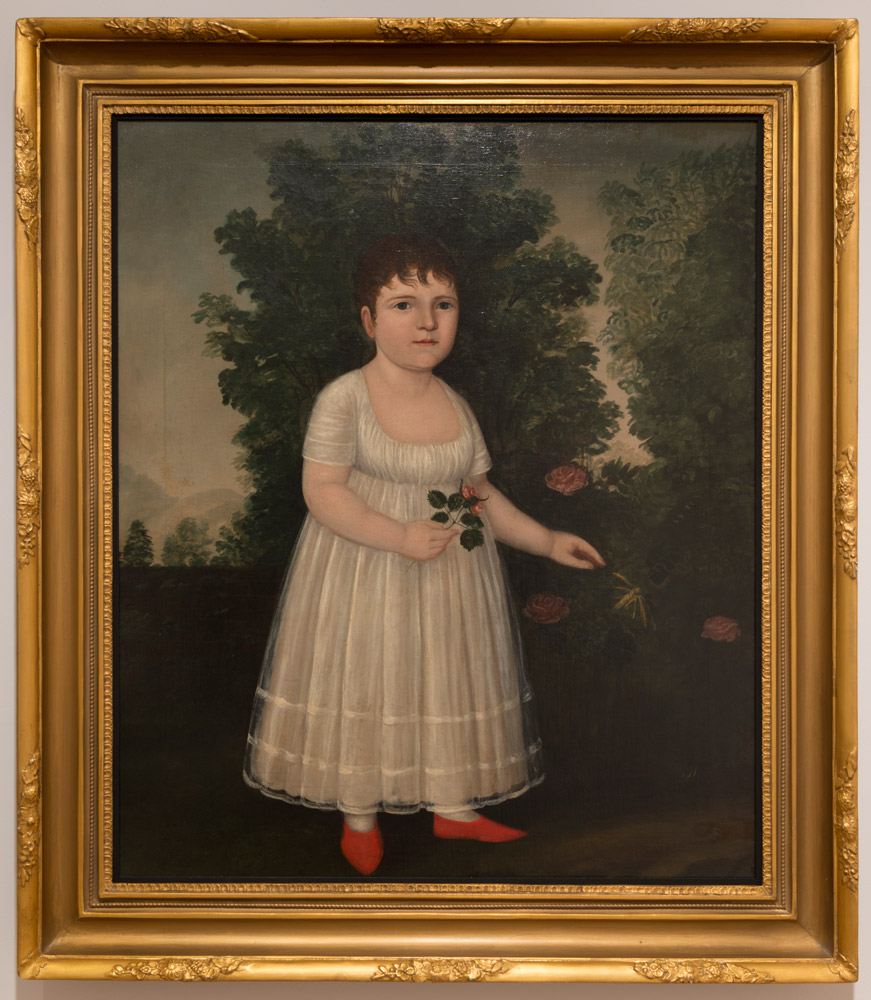 The earliest documented professional African-American painter, Joshua Johnson was the son of a white man and an enslaved African-American woman. He apprenticed to a blacksmith before gaining his freedom in 1782, when he became part of the large free Black population in Baltimore. By the end of the eighteenth century, Johnson was earning his living as a portraitist and traveling throughout Maryland and Virginia to paint portraits of members of the white elite and their children. Here, he depicts Sarah Maria Coward in an imaginary landscape and pointing to a butterfly—a possible symbol of the young sitter’s untimely death.