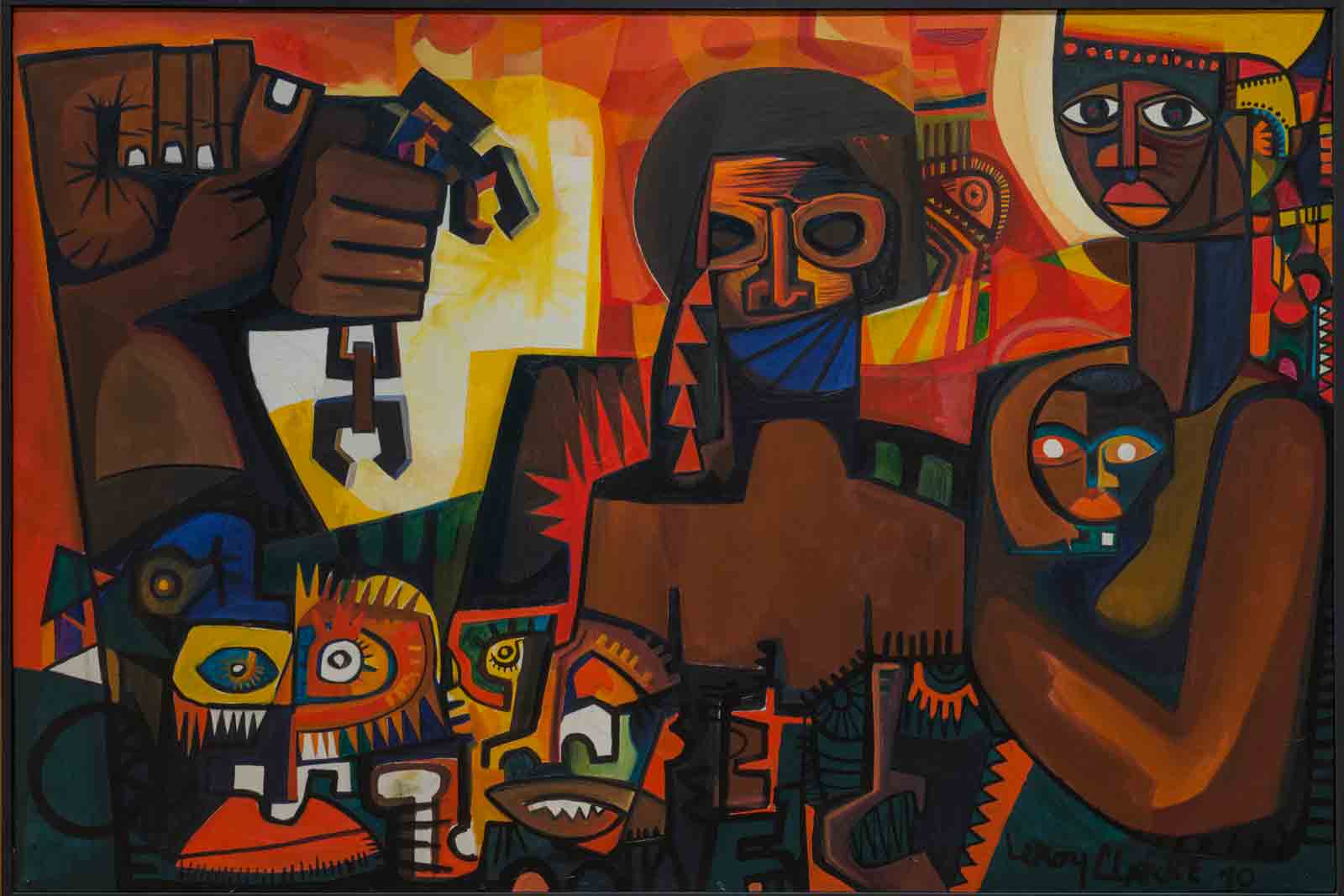 Two raised fists, one clenching a broken chain, emerge strong and triumphant on the left side of the canvas, referencing not only the African-American struggle for equality but the worldwide independence movement of countries previously under colonial rule. Now was painted shortly after LeRoy Clarke came to New York from Trinidad and Tobago, which achieved independence in 1962. The painting speaks to the urgency of Clarke’s mission: “I paint with an intention for revolution….I paint for enlightenment, to bring us closer to parting the darkness and opening up the way to our origins.”