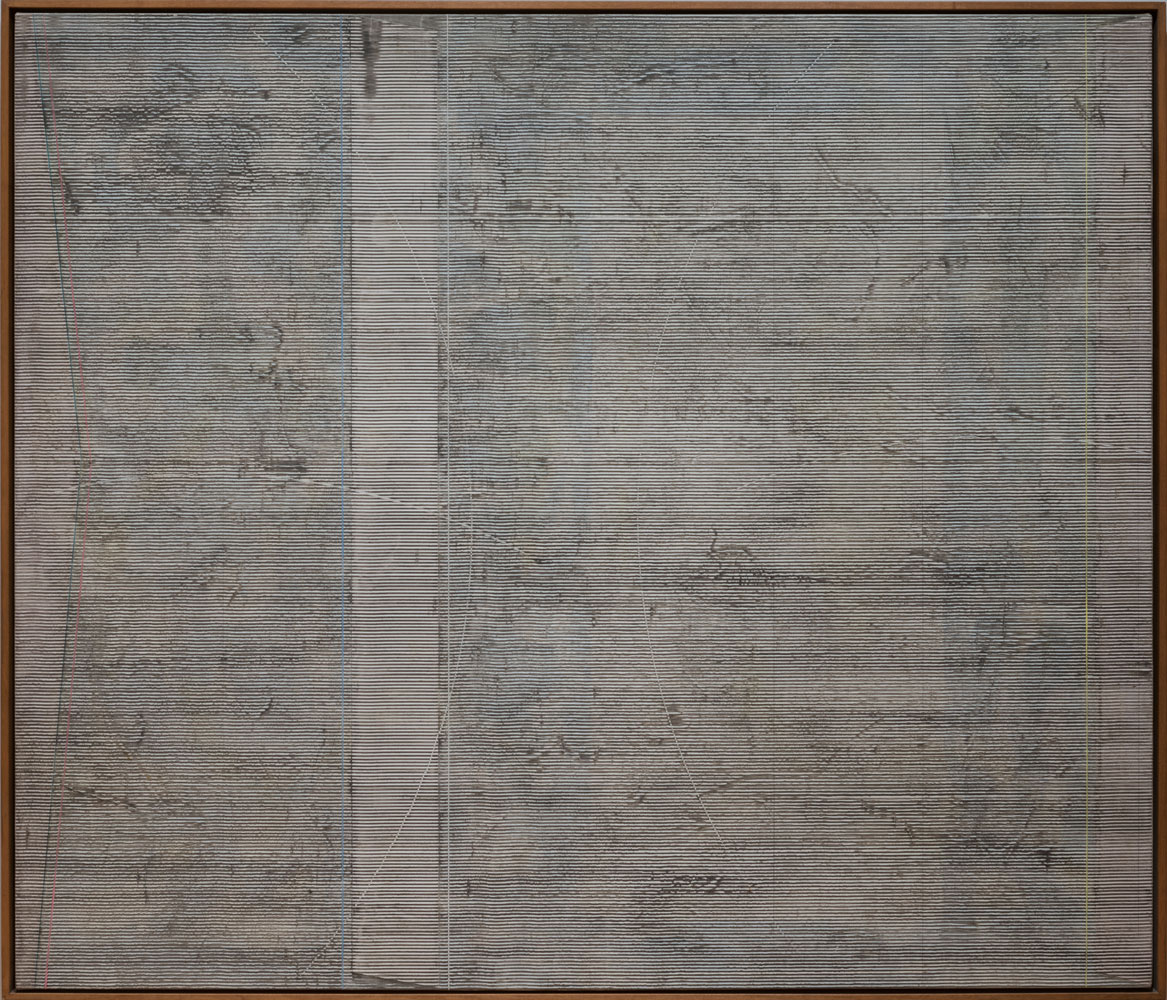 For the works in his “Greek Alphabet” series, Jack Whitten placed objects such as cords or wires on a hard surface and set a large canvas over them. He applied layers of gesso, pigment, and acrylic slip to the canvas, which he then raked with tools he called “developers,” made from altered rakes, saws, and Afro combs. For the artist, these objects were symbolic of African-American identity and history. Whitten referred to this technique, which created a striated surface that appears lit from within, as “weaving light.”