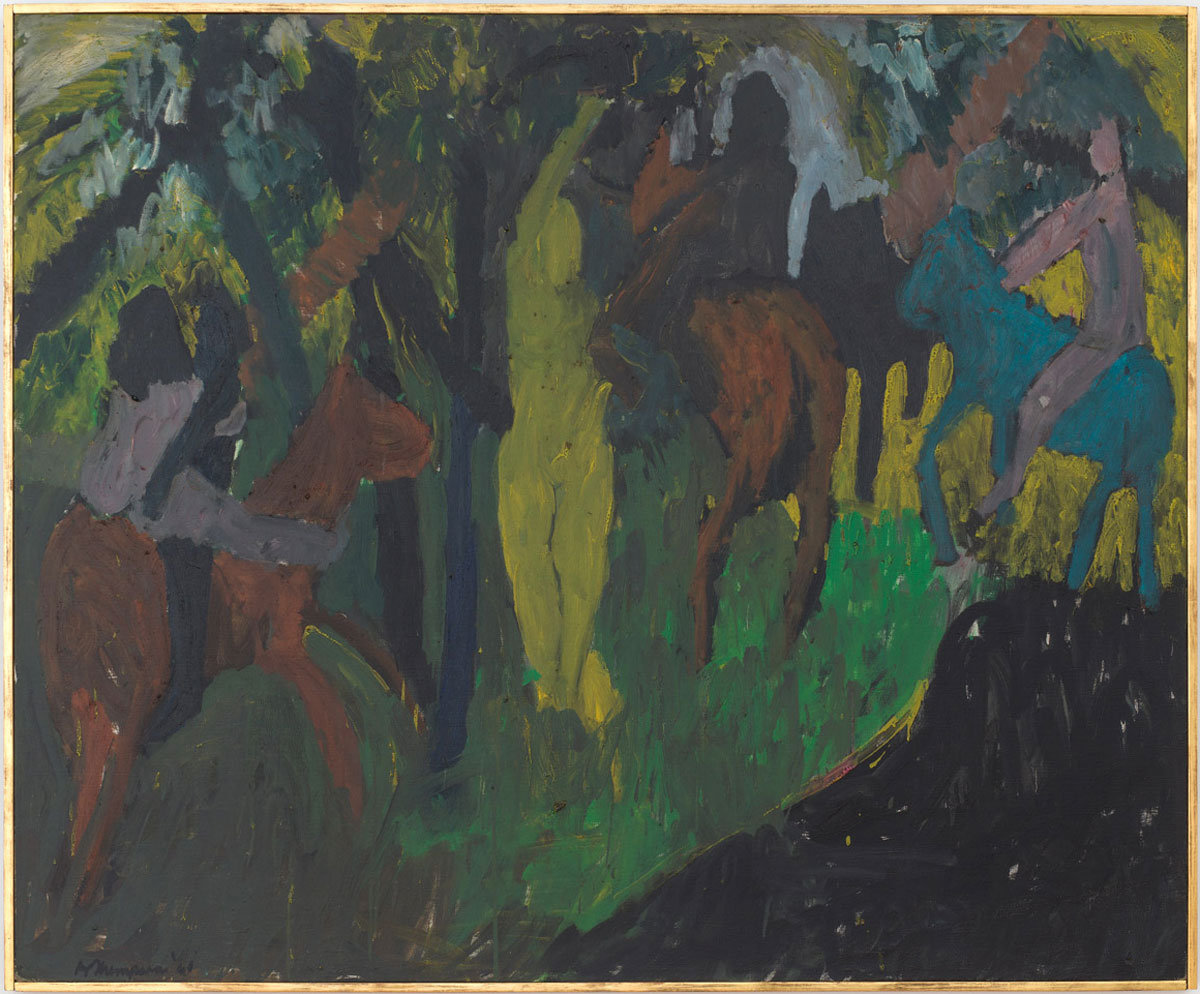 Featuring urgent gestural brushstrokes, the vividly colored scene in The Gambol is lush with energy, ambiguity, and carnal abandon. A couple at left engages in an erotic embrace while astride a clay-red horse; a yellow central figure stretches toward the sky; and human and animal figures blur with their murky surroundings. Partly based on Paul Gauguin’s 1897–98 Where Do We Come From? What Are We? Where Are We Going? (Museum of Fine Arts, Boston), which remarks on the stages of human life, this work reflects Bob Thompson’s move from New York to France in the 1960s and his interest in mythical narratives.