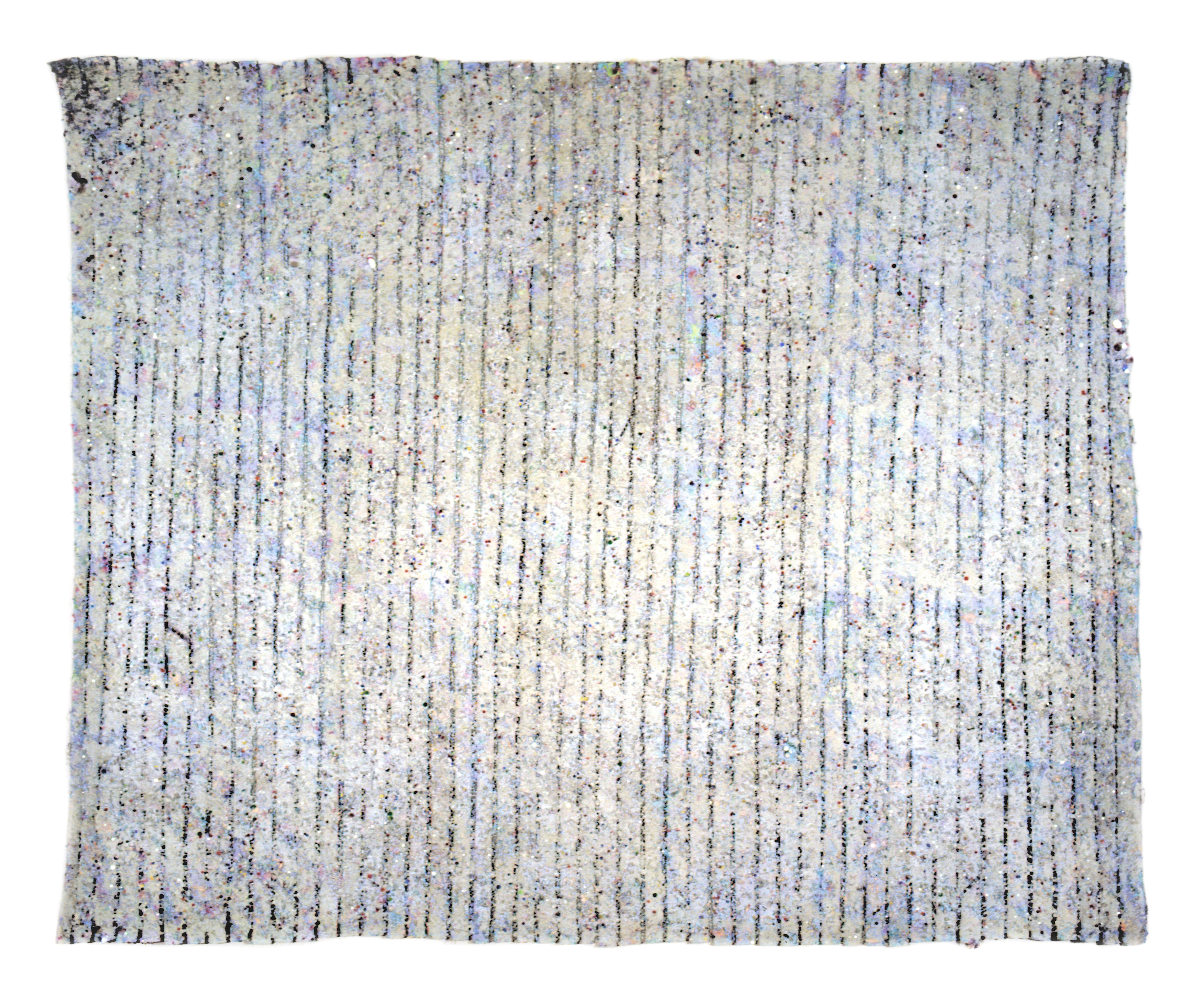 Feast Day of Iemanja II, December 31, references a celebration of Iemanja, a goddess of the sea and central deity of the Candomblé religion, that takes places every year in Rio de Janeiro on January 1. Candomblé, primarily practiced in Brazil, was created by enslaved West Africans who combined Yoruban orishas with Catholic saints to form a new religion after their own religious practices were prohibited. In this work, the punched-out circles of paper become almost petal-like, evoking the flowers placed at the sea’s edge on the feast day as a gift to the goddess. Additionally, the work’s predominantly white palette conjures the white clothing that practitioners wear on the feast day. Iemanja herself is also often depicted wearing all white.