Black Men We Need You 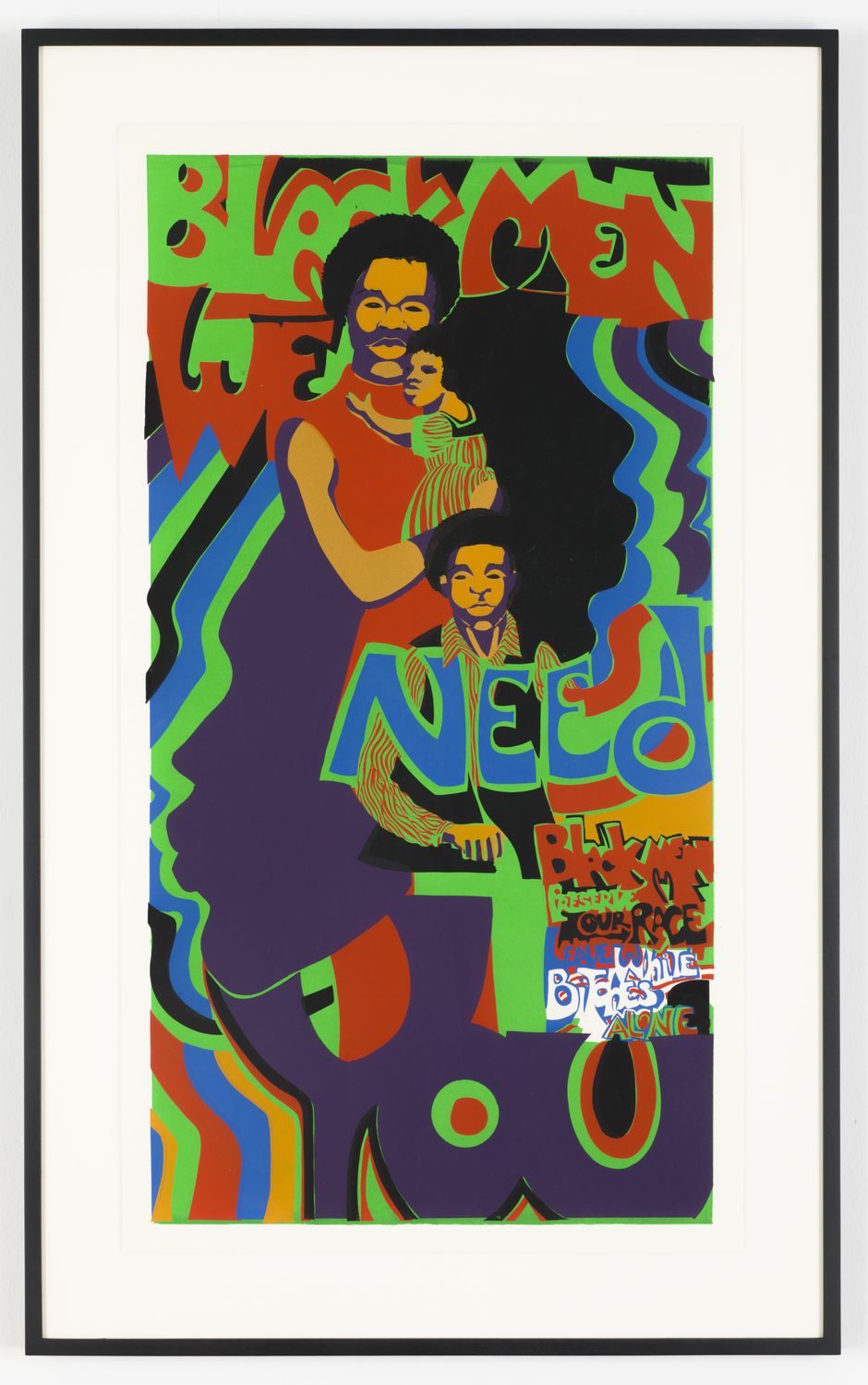 Works by the artist group AfriCOBRA, whose founding members include Barbara Jones-Hogu, often addressed themes relating to African-American experiences. One such theme was the Black family, prompted partly by the  controversial 1965 publication of “The Negro Family: The Case for National Action.” Commonly known as the Moynihan Report after its author, sociologist and senator Daniel Patrick Moynihan (1927–2003), the report posited, in part, that racial inequality was the result of a crumbling family structure. Many interpreted this as an undermining of the role of Black men. Works such as Black Men We Need You countered this negative view by promoting the importance of men to the African-American family.