Studio Check In With Sheila McDaniel

Sheila (left) and Ilk (right) check in via ZOOM

Sheila, thank you for taking the time to speak with us. Could you please start by telling the readers about your position at the institution?

I am the Deputy Director for Finance and Operations. I joke with people and say that I do everything but handle the art and fundraising. Everything else in some way falls under me. I have four or five key departments that report to me, running the gamut from budgeting and finances, including our endowment, to human resources and operations, which includes IT and security. We currently have three sites, but most times we are in our  Museum building, and given that museums are specialized buildings, we have to consider climate control and a host of concerns when it comes to storing and preserving art. I have to oversee departments that help the building and organization run. One of the things I like about Studio Museum is that we are a holistic organization, we work across silos, interact, and collaborate a lot.

It’s the people— full stop. When I talk to people about the Studio Museum and how fantastic it is to work here, I always give the disclaimer that we’re not perfect, no place is. If you start with people truly dedicated to the mission and the work being done, you can figure out everything else. The mission becomes our anchor and north star, guiding us to figure out what is best for our constituents, our visitors, and how to work for our communities. In all my years I’ve never worked with anyone that was obstinate for the sake of it. I’ve never had anyone that we couldn’t find some anchor of commonality in our work.

The other thing I’ll say about the people at the Museum is that everyone is working from an excellence, mindset— it's just so exciting and inspiring. It makes you want to come to work every day. It also makes your operations and administration teams, which can sometimes feel removed, feel inspired, and engaged in the mission in some kind of way. They see that they are connected, touching lives, and impacting society in their work. I’ve been fortunate to keep landing in places that are inspiring.

The news recently went public that you were appointed as Administrator at The National Gallery of Art in Washington DC. This is a historic appointment and an incredible achievement on so many levels, so what are you most excited about in this new adventure?

I believe, and anybody who has worked with me or been on my team can tell you this, that I think we are always supposed to be developing, stretching, and going to another level professionally. I am excited that there is an opportunity for me to do that. I’ve been given such an opportunity to grow and develop as the leader that I consider myself to be, so to be able to go somewhere like the National Gallery, where I serve the nation, is really exciting.

In my new role, I’ll be responsible for preparing the space, overseeing the building, and security, so that every person who comes there has an incredible art experience when they’re there— that is exciting! I feel like I am going to serve. It is also exciting to go somewhere that is different than the Studio Museum in some ways— I want to bring what I’ve loved and learned at the Studio Museum and take remnants to the National Gallery to hopefully share, support, and enhance their work for the nation. In many ways, the unknown is what’s really exciting.

So Washington DC means a new city! What do you think you’ll miss most about Harlem?

This is easy— community. I think in terms of community, communities of practice, but also communities as in neighborhoods. I’ve lived in Harlem the entirety of the thirty years I’ve been in New York. In the early years of moving here, before I came to Studio Museum, I considered whether I should stay in the city, asking myself if this was the place to raise my child since my son was in primary school. I asked myself if I should go back to Philadelphia, where I am from, because in addition to being called the ‘city of brotherly love’ it’s the ‘city of neighborhoods.’ I’ve got to tell you this story about neighborhoods and community.

I was walking down the street one day, and this little old lady was sitting outside the laundromat and called me over. She immediately said,  “My daughter said I shouldn't say anything, but I really think you would want to know.”  She proceeded to tell me a story about my son. I don’t even remember what it was now, but it was about something he had done while waiting for the bus one day. She watched him from her house — I didn’t know her, but I thanked her for sharing the story and talking to me.

I realized, at that moment, that I have community, I have these people who just picked up on me and my son, our habits, and were there. She said to me, “I used to see you on that corner, and you had him by your side, but he is growing up now,” and she said so much about us that I knew she knew me. You make a community where you are by building relationships. And Harlem — good, bad, not changing, changing — the essence of this conversation is that this is a place of relationships. People know their stores, their community, their family, the list goes on. My hope is that I find this in D.C because I will miss that in Harlem. 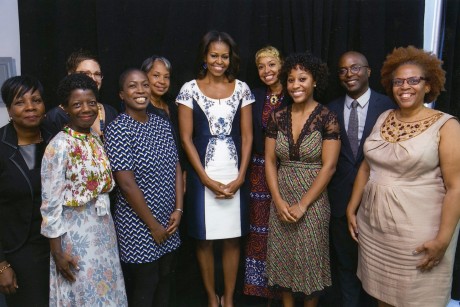 2013 First Ladies Luncheon at the Studio Museum in Harlem

I want to bring what I’ve loved and learned at the Studio Museum and take remnants to the National Gallery to hopefully share, support, and enhance their work for the nation.

I know you love politics and follow current affairs very closely. Was there a formative experience that inspired you to be so passionate about politics?

During one of my darkest early years in young adulthood, when I had to step away from school— now they call it a gap year, and it’s something you try to do. Back then, it was when you ran out of money and couldn’t afford college and had to go figure it out.  That year, I worked on an election campaign for Wilson Goode, who ended up being the first Black mayor of Philadelphia in 1984. I got to work on that campaign, and it didn’t just give me a love of politics, but it changed the trajectory of my career. When I finally got myself together and back to school, I changed my major from pre-med and chemistry to economics. I became more involved in the study of sociological and political theories on economics. I became more of a citizen.

I think everyone is political, whether they think it or not because they are a citizen in a democracy. We have to stay engaged throughout, not just during an election year. Elections are like performance reviews, but the challenge is that you have to be engaged all year long, working, and speaking up about it like supervision check-ins. Politicians need to spend more time listening to their constituents, and we have to make sure we’re speaking and being heard, to end up with what we collectively want and need.

Look at right now; things are happening because people are protesting and making themselves heard. The question is, do we have to go to this level for everything? We go from 0mph to 60mph for this, but what does 30mph look like?

As someone that is currently in a senior leadership position and setting the tone and values at institutions, what is the largest challenge that museums face right now?

The challenges facing museums are the same ones facing the nation right now. Diversity, equity, inclusion, and belonging are what I am interested in, and I tend to focus on inclusion and belonging. I am a product of the 1980s, and I came into the work world in a moment when corporations were diversifying in race and gender. We did some of the diversity stuff but not the equity, inclusion, and belonging side. Getting that consistency of mission and values throughout an organization is the task. I don’t blame museums or organizations because they stick to what they know. Sometimes you stick with what works, but sometimes you have to step back and listen to new voices and perspectives coming to the forefront.

I think the biggest challenge is listening. We have to get to the point where we are talking about real dialogue. We are in the midst of a cultural, social, and technological change, and we actually don’t know how this will unfold. If someone said that six months ago, you’re going to be entirely remote, you would have been laughed at! But look where we are now. Sometimes you just have to do the work, listen, and change. And I think people are taking up this work.

We are in the midst of a systemic reanalysis and a reckoning in the field and in the country at large. What are you most excited about for the future of museums specifically?

As an operational museum executive, I am most excited about the idea of breaking down the silos where departments are separated. I am really interested in thinking intentionally about a community of professionals and their skills. It is important we work on ourselves to improve our skills so that we can do better for our public and audiences. Allen Iverson, of course, I have a sports analogy to share, said, “we don’t need no practice,” and I have to disagree with him in this case, practice matters. We have to create opportunities to practice our core skills —to think that inclusion and belonging are how we roll and think of our work and build it into the work so it becomes a part of our DNA. To think that this is just going to happen on its own is folly. We need to acknowledge that there are new skills and systems that we need to build into museums. Honestly, this is about more than museums; it is also incorporating what I was saying about the values of a constituent democracy. It is about listening and being heard, and adapting— and all of this begins with dialogue.

Sheila, thank you so much for your time! We wish you continued success in your new position at The National Gallery of Art.

Studio Check In With Jamal Batts

Studio Check In With Ilk Yasha 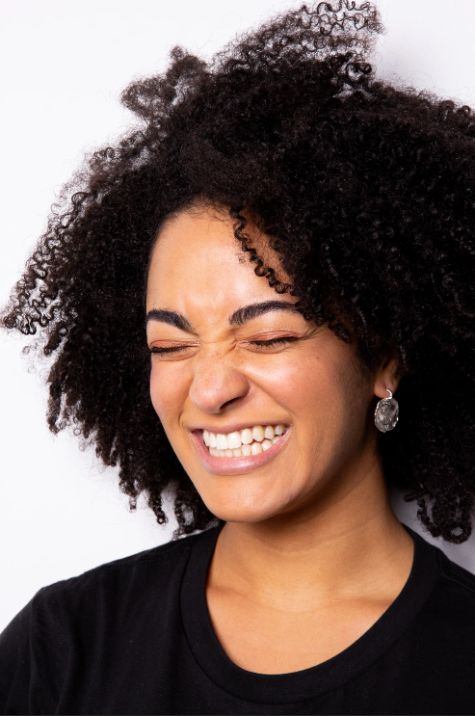