In the Studio with Angel Otero 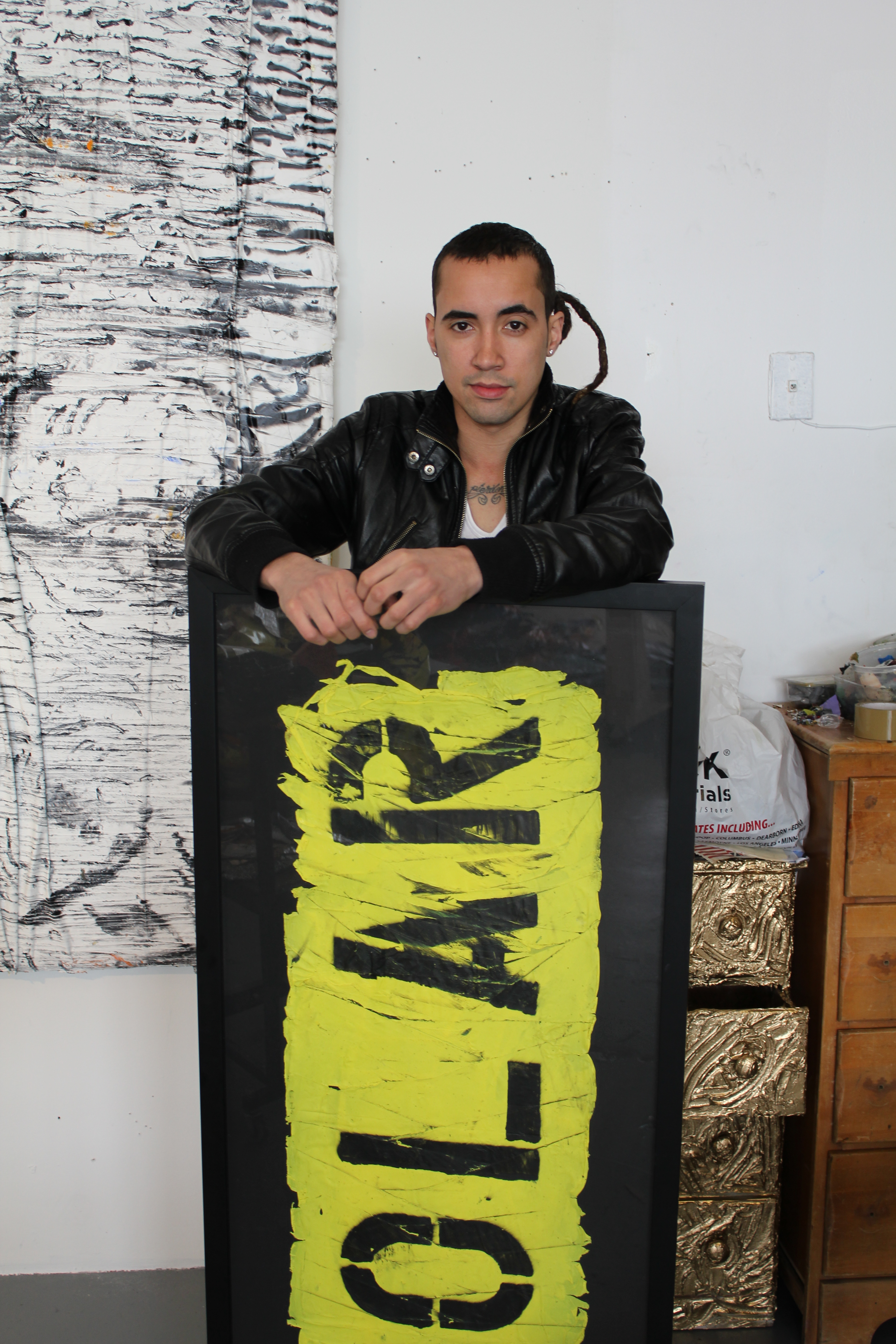 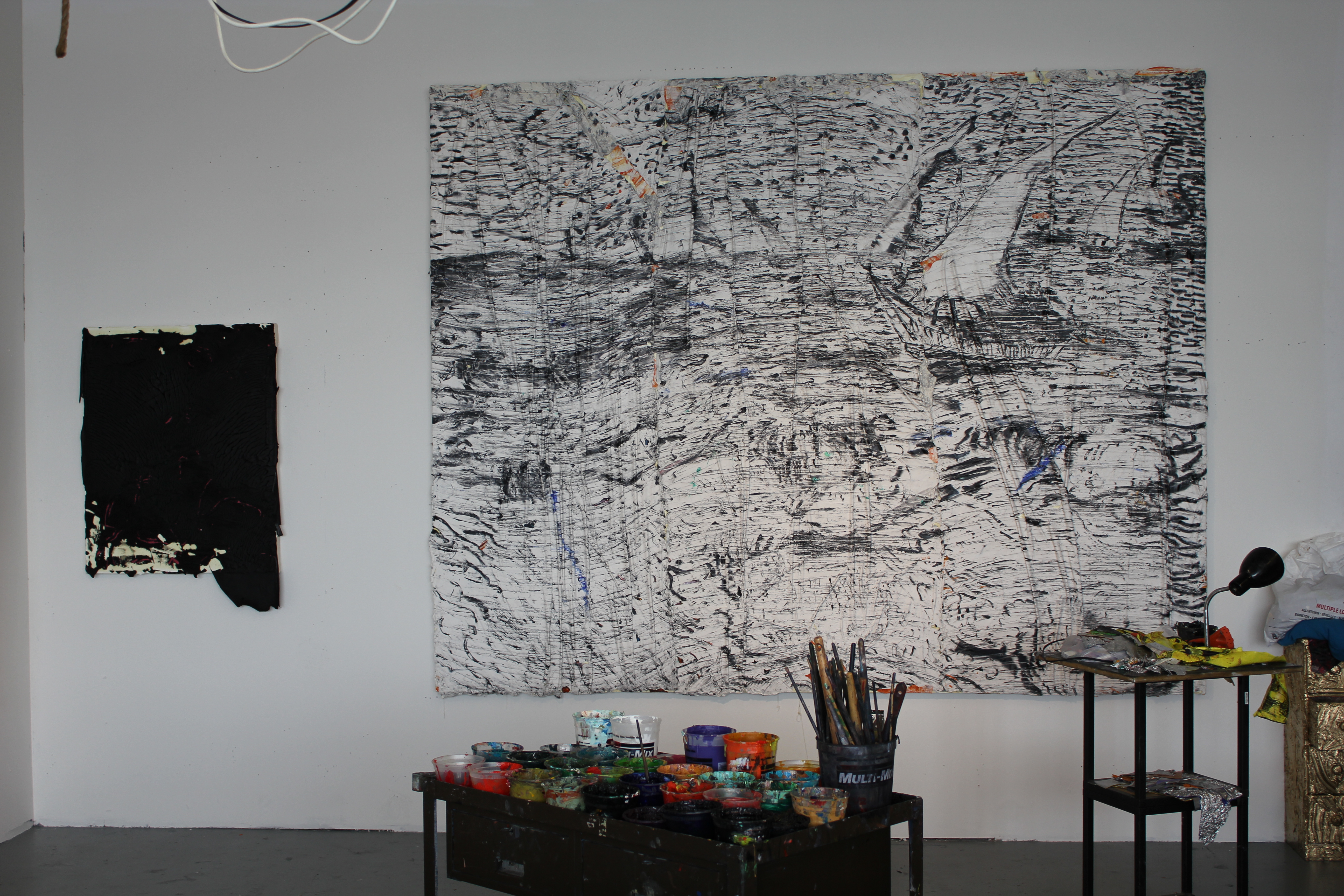 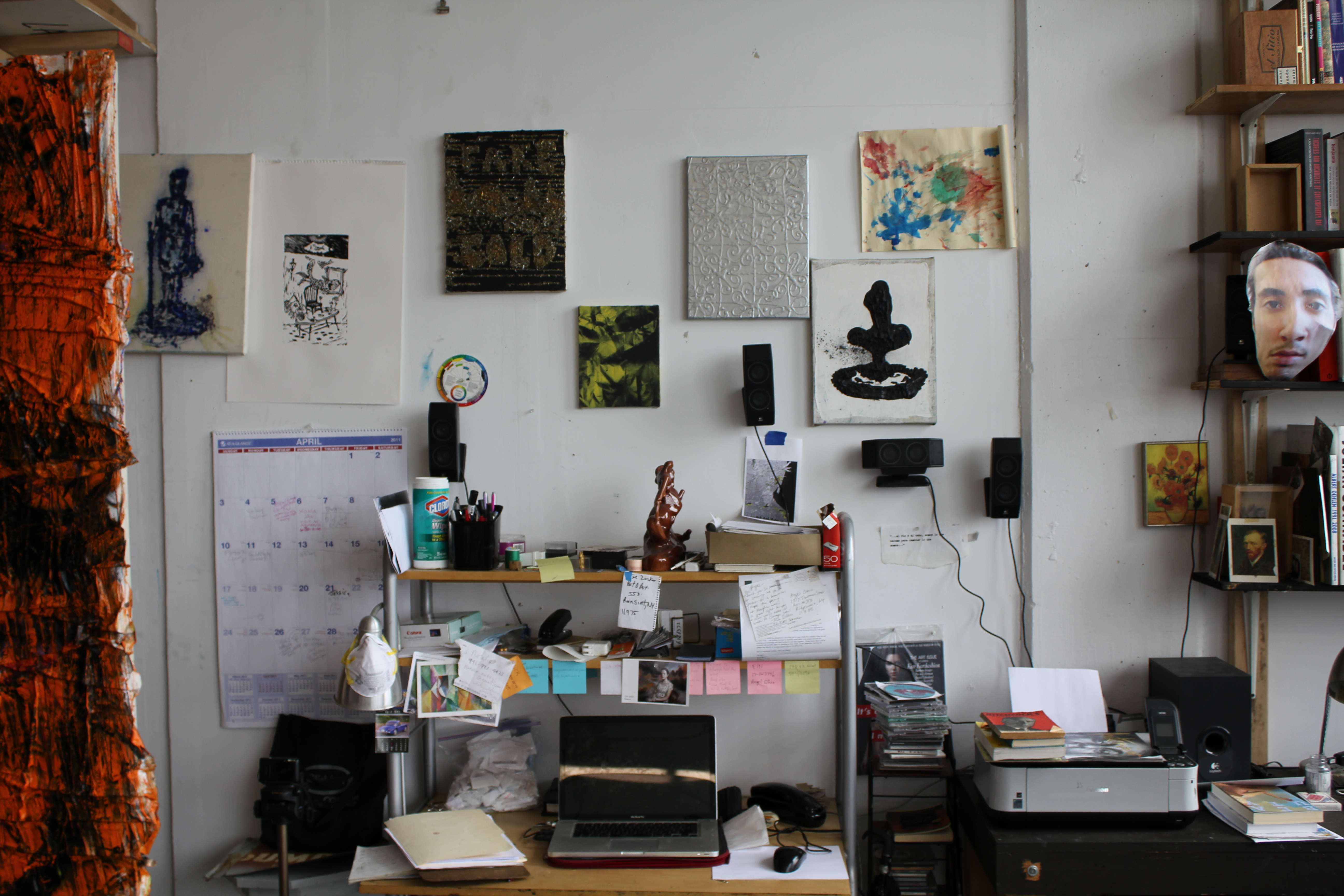 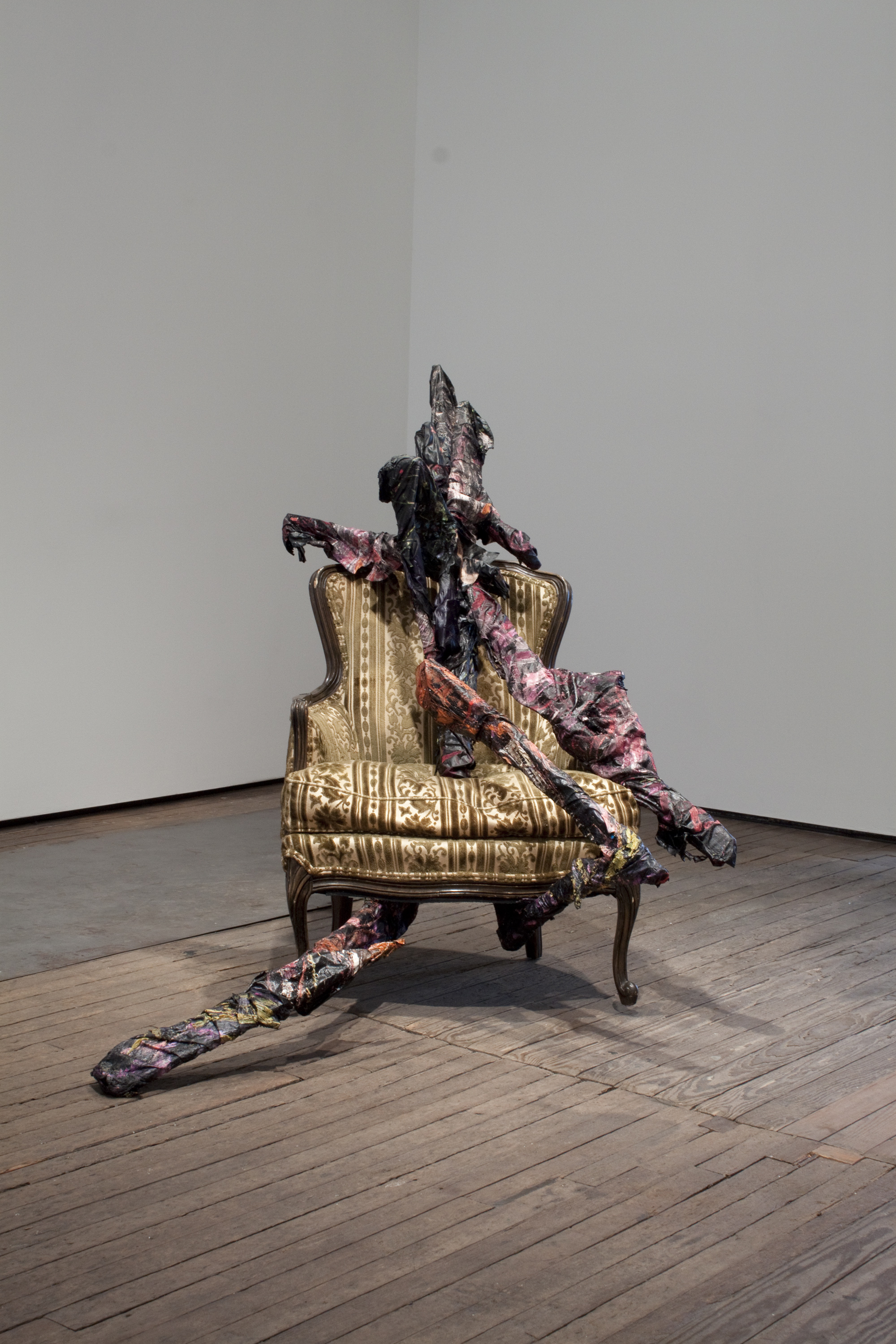 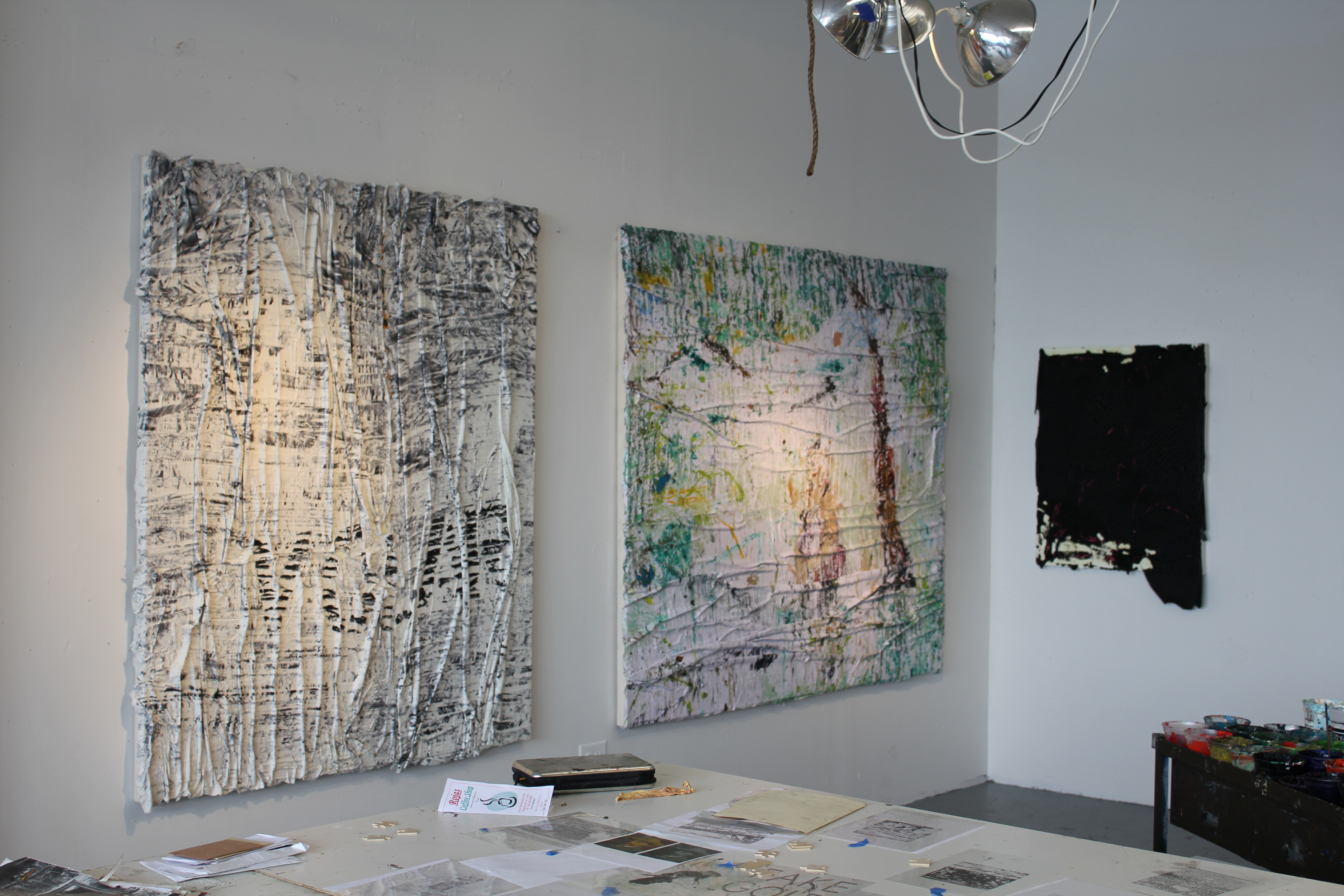 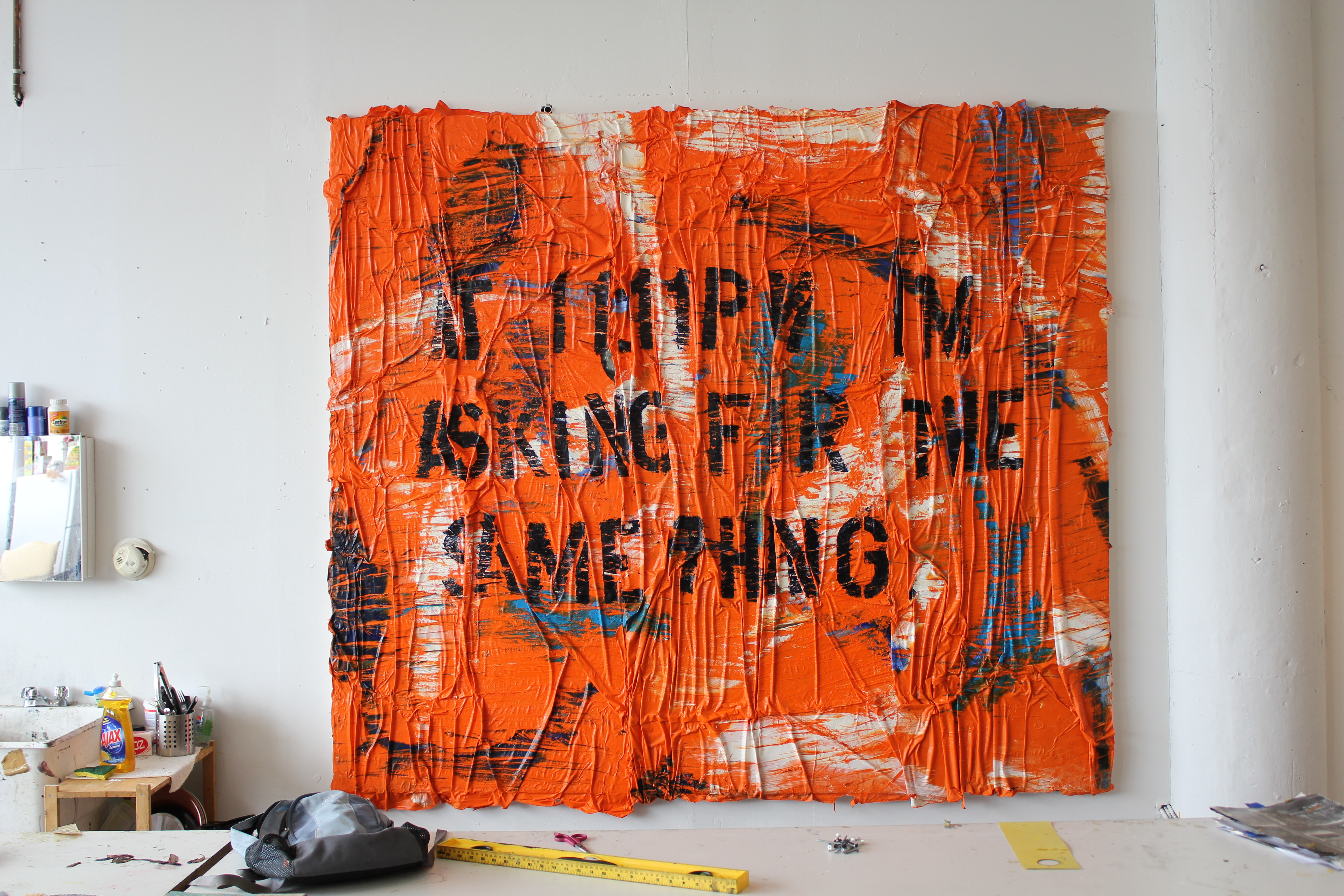 Working in his sunlit Ridgewood studio, Angel Otero (b.1981) produces three or four new oil paintings on glass each day. After drying, he scrapes the paintings off the glass (creating “oil skins”) and applies them to large, resin-coated canvases. The process results in the rippled, semi-abstract paintings that characterize the artist’s signature style. Otero stumbled upon this unusual technique while at the Art Institute of Chicago, where he saved scraps of dried oil paint and collaged them on to canvas in an effort to save money. “I didn’t have the courage to throw [the scraps] away because oil paint is very expensive and I was dead broke,” he remarks.

Heavily influenced by artists Mark Bradford (b.1961), Robert Rauschenberg (1925-2008) and Gerhard Richter (b.1932) Otero’s use of text manipulation and image distortion offers the viewer an experience of a painting that is not dictated by his initial inspiration, often a memory of his family. Though many of Otero’s paintings begin as depictions of family members and past experiences, he insists that they “are not meant to be narratives about my family.” Otero’s fondness for chairs is apparent in both his painting and sculpture work. “I haven’t figured out why I’m so attracted to chairs, but I find myself painting them a lot and incorporating them into many of my sculptures.” In Up All Night (2011), a sculpture spawned from a memory of returning home to a very angry mother after being out all night, Otero impales a Victorian chair with wooden rods covered in oil paint skins.

Recently, Otero has been experimenting with variations on his process by eliminating the canvas. After the scraping is finished, the complete oil-skin painting is mounted and framed. “I think the results of this experiment are pretty successful and really cool,” he comments proudly while posing with the neon-yellow, text-based painting Volar (2011).

Otero’s work has garnered much-deserved attention and acclaim. I look forward to the evolution of his craft and the continued success of his career. This summer, check out Otero’s newest work in El Museo del Barrio’s sixth biennial, The (S) Files 2011, on view through January 8, 2012.

All quotes from Angel Otero, in conversation with the author, April 15, 2011. 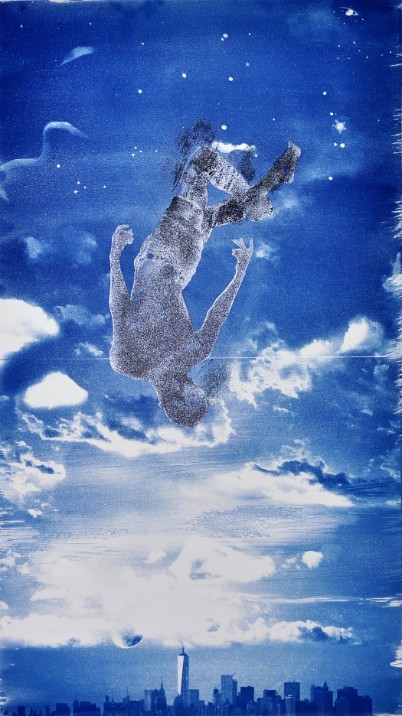 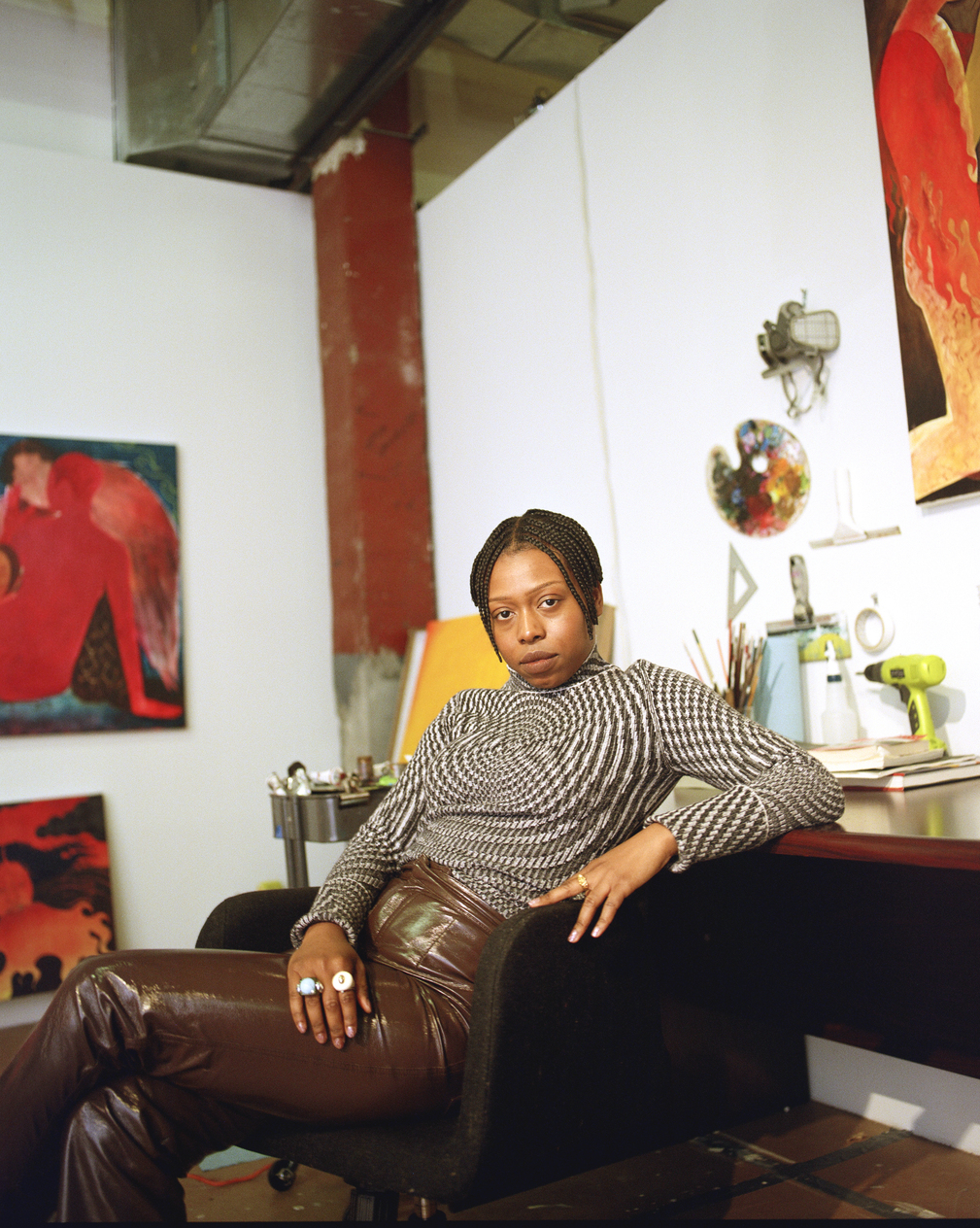 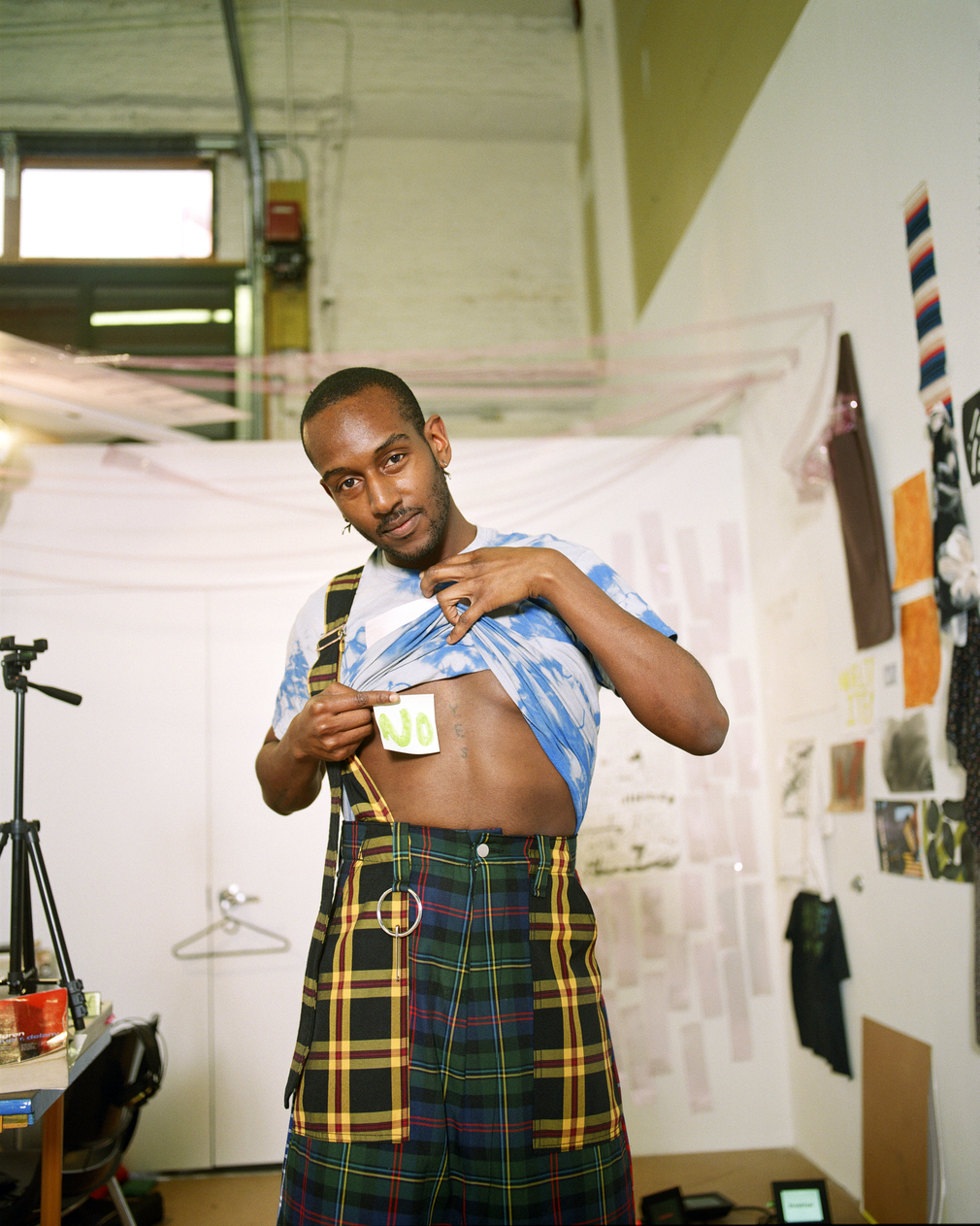