Stephen Burrows: Clothes that Danced | The Studio Museum in Harlem Skip to Content 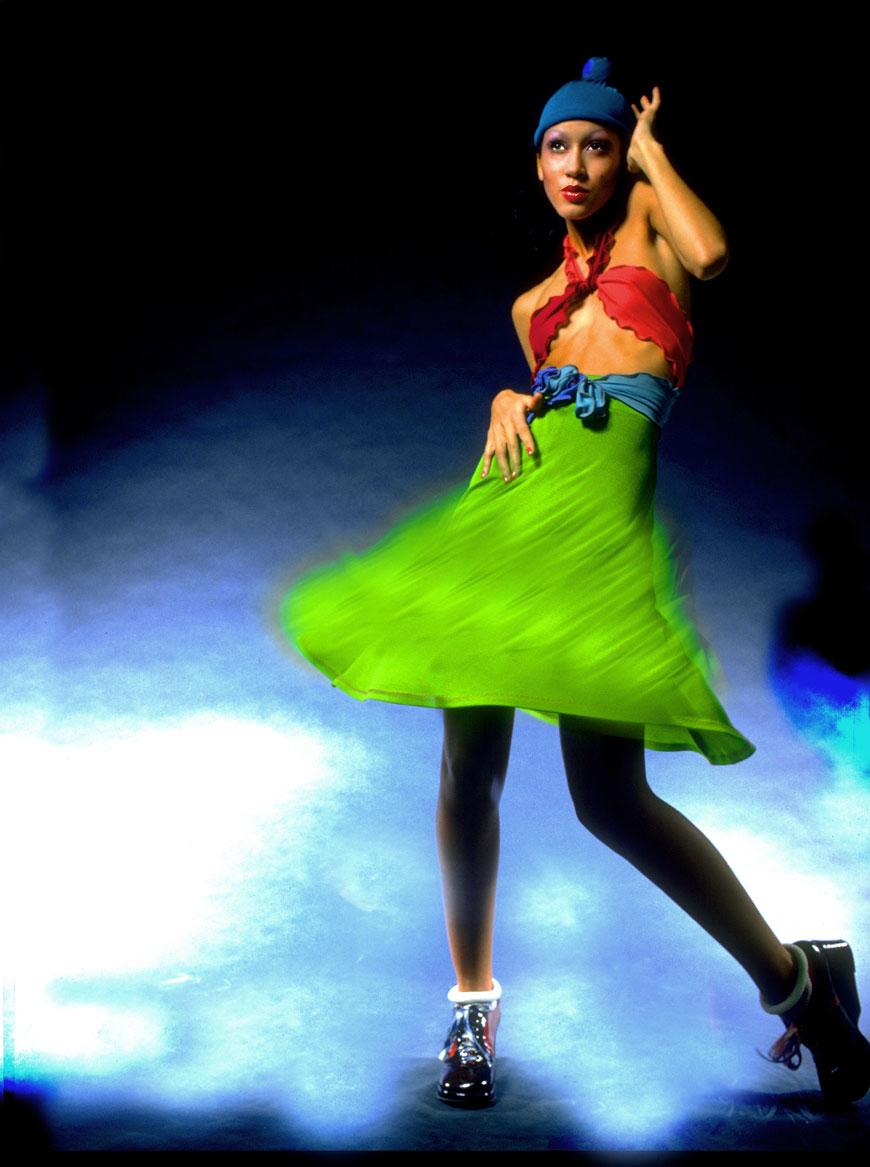 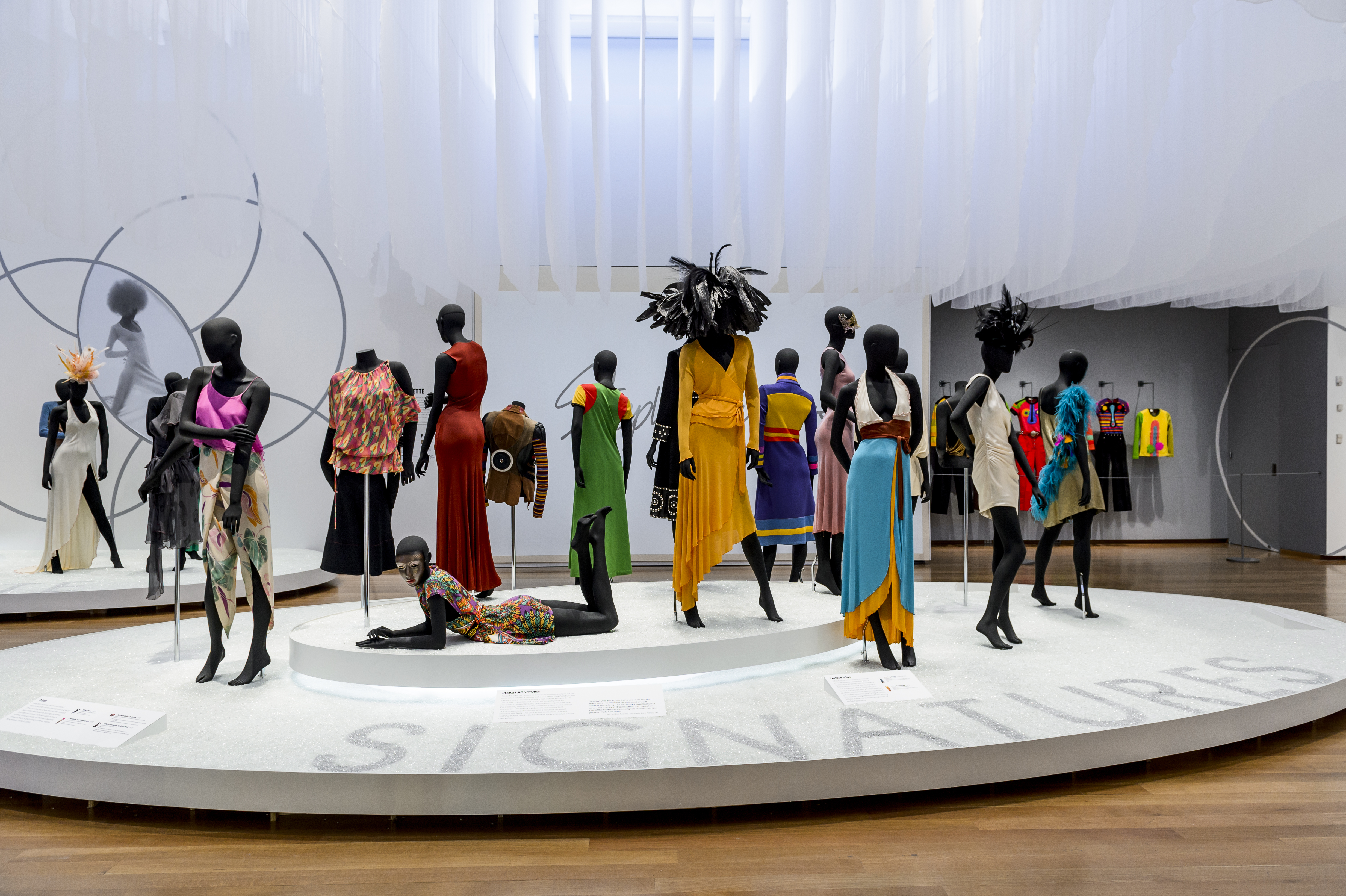 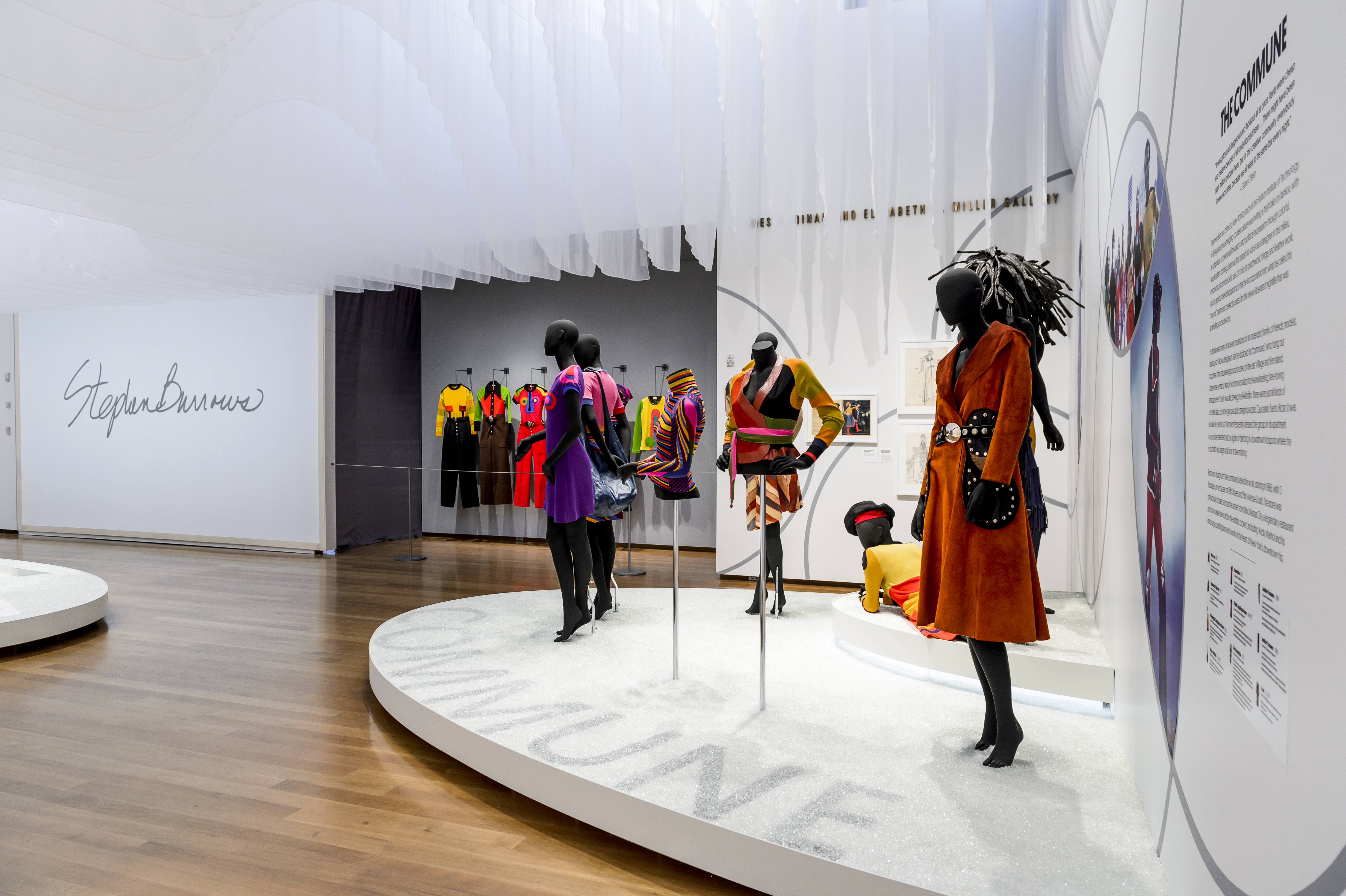 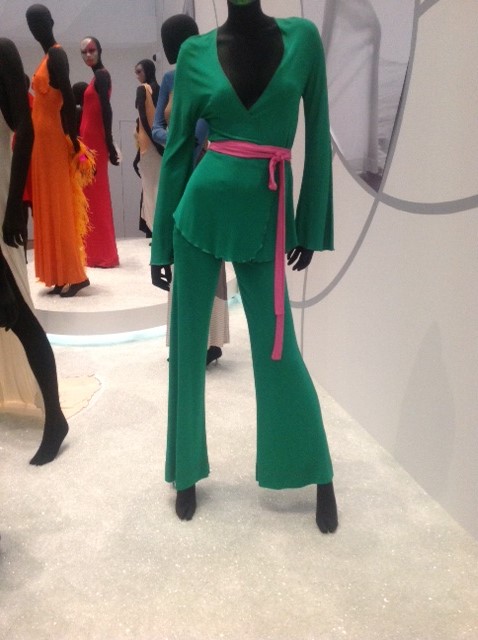 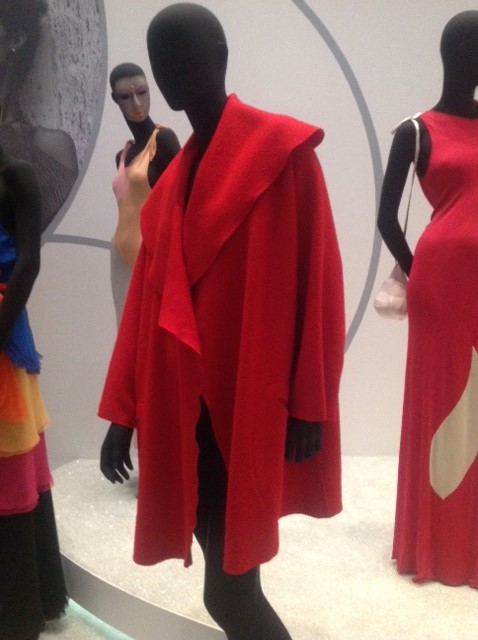 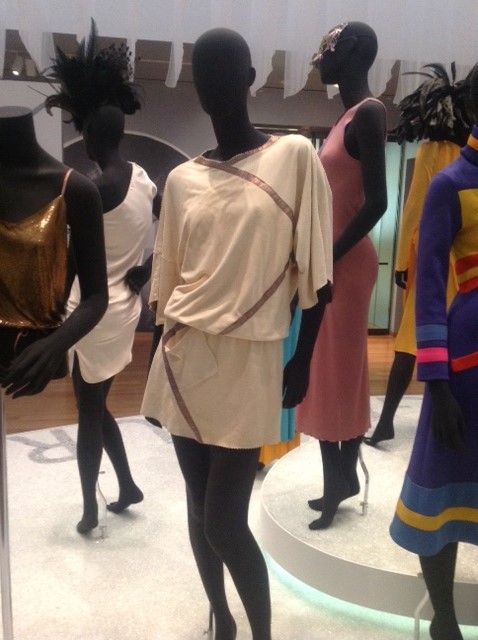 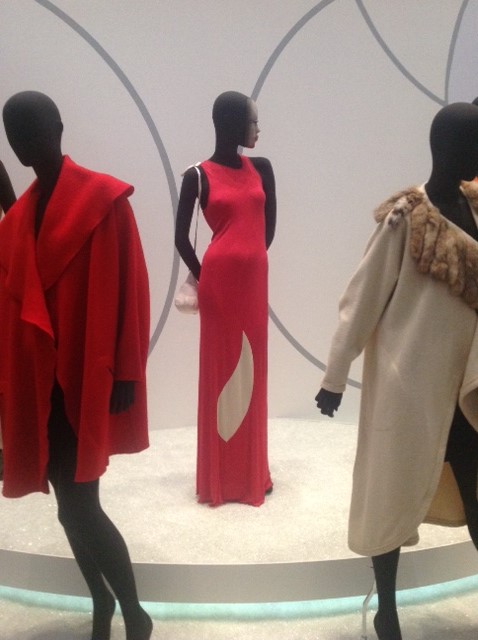 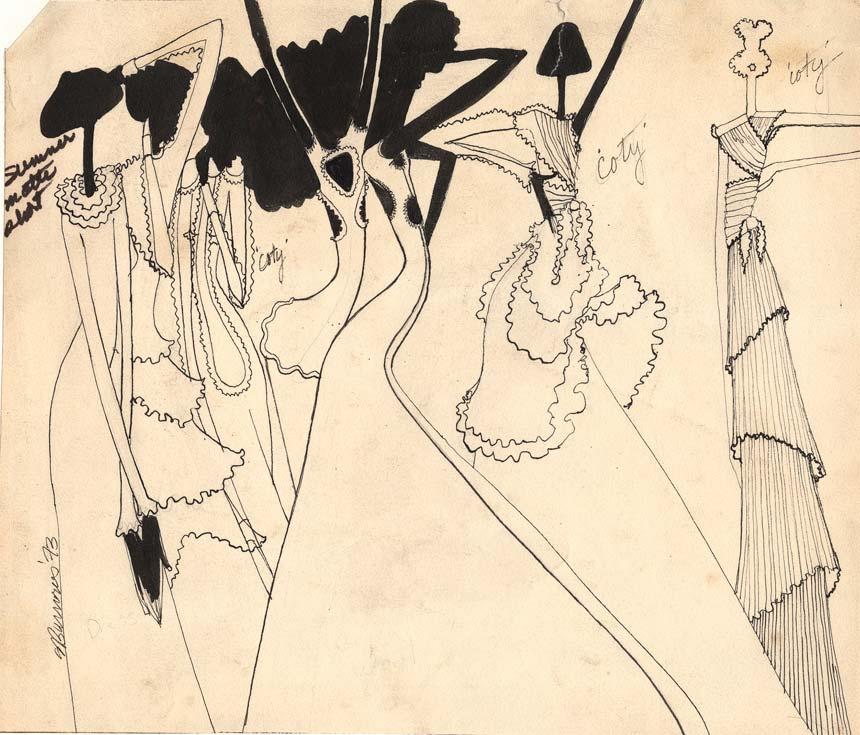 Burrows was a master draper who made sexy, fluid, body conscious ensembles that permitted no underpinnings whatsoever.Photo: Monique Long

A Stephen Burrows sketch with his signature lettuce edge.

Burrows was a master draper who made sexy, fluid, body conscious ensembles that permitted no underpinnings whatsoever.Photo: Monique Long

A Stephen Burrows sketch with his signature lettuce edge.

A career retrospective of the fashion designer Stephen Burrows opened at the Museum of the City of New York this spring and has been the most current highlight in the over 40-year career of a designer who has seen many highlights.

The exhibit, curated by Phyllis Magidson, was entitled Stephen Burrows: Clothes that Danced. The scope of the show included Burrows' sketches, archival footage, a documentary film and, of course, the clothes. The clothes exhibited ranged the arc of his career from 1968 to 1983, demonstrating his innovation and technical skill; the lettuce edge—a sewing room mishap that turned into an a major aesthetic treatment of the period; his use of color (particularly color blocking, which he is credited with inventing); and his status as a master draper who made sexy, fluid, body conscious ensembles that permitted no underpinnings whatsoever.  Burrows’ garments clothed the glitterati of the disco era; habitué of clubs like Studio 54, Le Jardin and The Garage. He loved to work with skins, fringe, vibrant color, and play with androgyny. The clothes were perfect silhouette for the body type of the day—hippy-thin and the attenuated figures of the models, actresses and drag queens who lived for his clothes.

Burrows guided Studio Museum staff through a tour as he interspersed his personal narrative with the timeline of the exhibition: Both his parents were sample makers for the Hattie Carnegie label in the Garment District. He made his first pair of pants out of the leather of a trench coat that belonged to his grandmother. In the late 1960s, he was part of a commune of his friends and fellow FIT classmates who bonded together creatively to make clothes that incorporated his signature whimsy and flourish. The structure complemented the lifestyle they led of working all day and partying all night. The collaboration with his FIT cohorts drew in other creative types: actors, artists, other designers and their models to which they sold their designs at the avant-garde O Boutique, a gallery sat right across from the Warhol haunt and legendary downtown hipster club, Max’s Kansas City. Burrows said his friends would freely raid his studio for outfits for their club adventures on a daily basis. In 1970, Burrows became the designer-in-residence at the department store Henri Bendel, a post that lasted through the early 1980s. By 1973, he had established himself as major voice in American fashion and joined Bill Blass, Oscar de la Renta, Halston, and Anne Klein to represent American fashion at a legendary fashion show The 1973 Grand Divertissment at Versailles. The American presentation distinguished black models and Burrows with the other designers as the new school of fashion. Since the 1970s, Burrows has made clothes for a number of celebrity clientele including Diana Ross, Liza Minnelli, Cher and Naomi Campbell.

The installation included special details such as custom lettuce-edged over-hangings which billowed from the gallery ceiling, an upbeat soundtrack curated by Burrows of disco-era music, and archival footage of the New York nightlife, and his muse, the statuesque Pat Cleveland dancing in her numerous appearances on his catwalk. The full documentary about the fashion show in Versailles called Versailles ’73: American Runway Revolution was also on view.

The book accompanying the show includes essays by Magidson, Daniela Morera, Glenn O’Brien and Laird Persson. The documentary film is also available. Although nothing has been confirmed, the designer has been thinking about a revival of his label for New York Fashion Week.

Monique Long is Curatorial Fellow at The Studio Museum in Harlem.