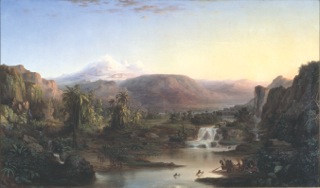 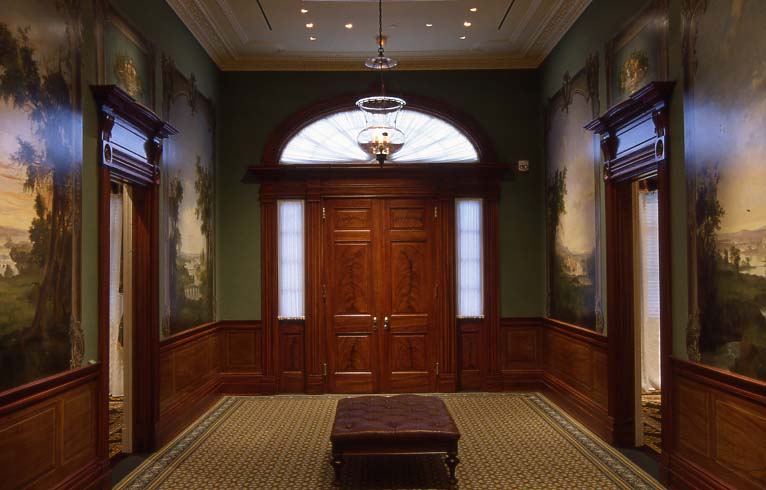 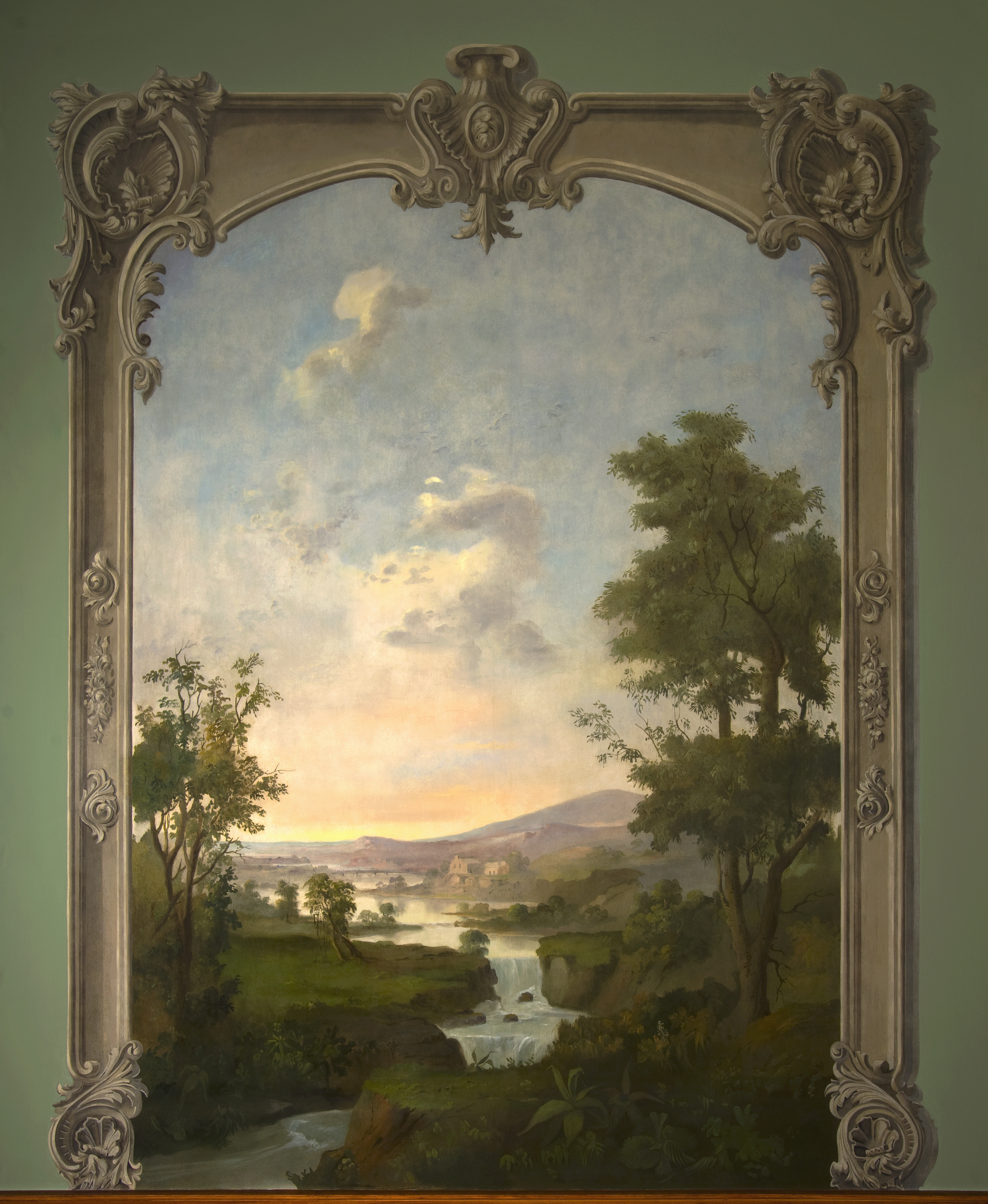 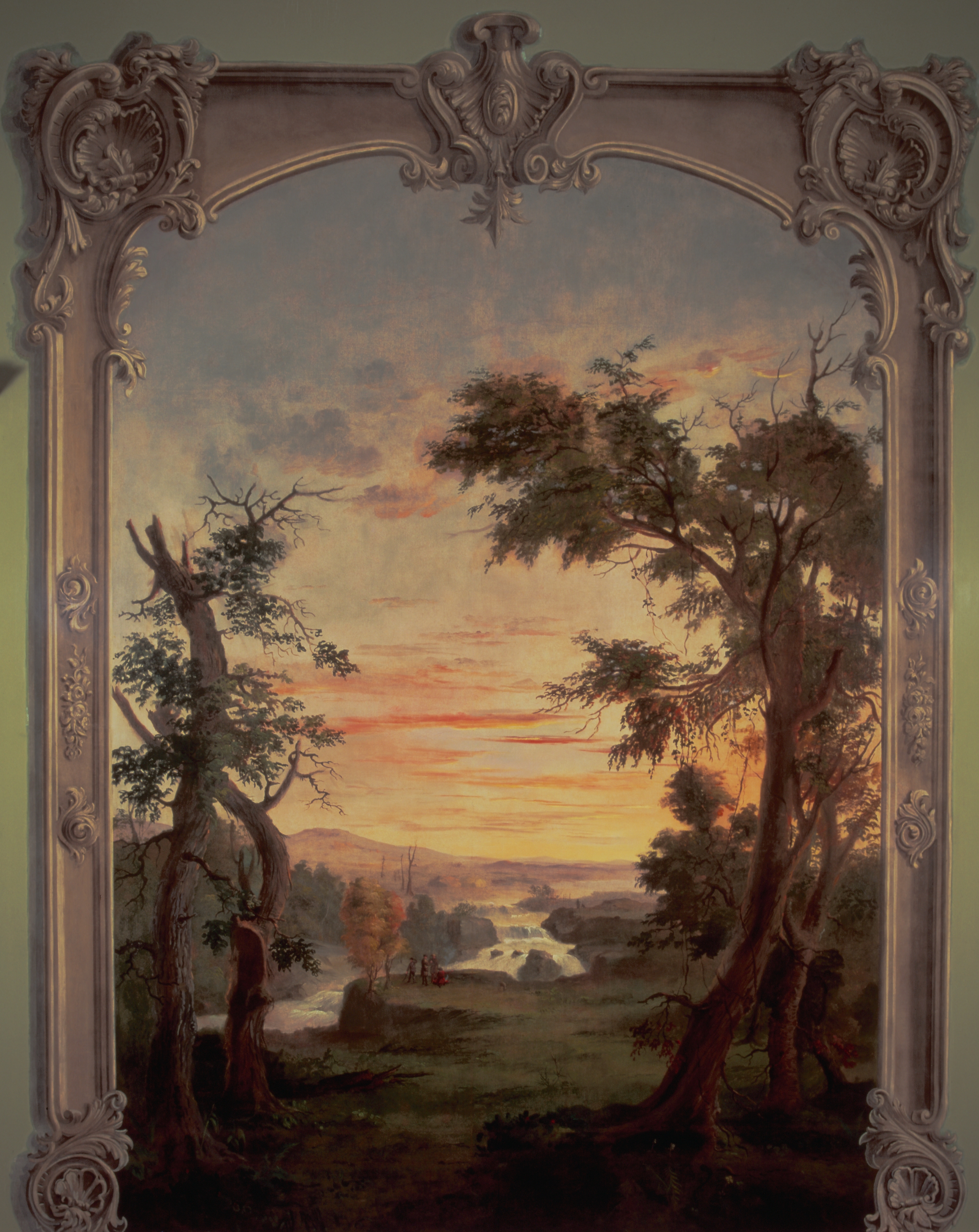 Robert S. Duncanson (1821–1872) was a painter of lush Midwestern landscapes, and one of the most prominent African-American artists working in the antebellum era. A “free colored person,” he was born in Seneca County, New York to an African-American mother and a Scottish Canadian father, but made his name in Cincinnati, Ohio (Author’s note: as a ‘Nati native, I am particularly psyched about this!) where he later moved with his family.  Cincinnati was at that time a major economic and cultural center in the developing western United States, based on its proximity to the Ohio River, and its convenient location between the North and South. In addition to its industrial prosperity, the city was a beacon for the arts, with many venues and exhibition sites. Though technically part of the North, Cincinnati was caught squarely between both worlds and was a stronghold for both pro- and anti-slavery movements: Ohio had abolished slavery, while Kentucky had not. Being on the border of the two states, Cincinnati was the home of many stops on the Underground Railroad and often the first sight of freed land for escaped slaves. Duncanson himself supported the abolitionist movement, involving himself in abolitionist societies and donating paintings to help raise money for the cause.

Part of an established group of Ohio River Valley landscape painters, Duncanson worked in the vein of the Hudson River School artists, including Thomas Cole and Asher B. Durand. Like these artists, he portrayed an idyllic and romantic vision of an American countryside untainted by industry or social realities. These paintings symbolize the growing nationalist pride as the country acquired more territory out west, and the importance of landscape painting in molding a national identity. Inspired by Thomas Cole in particular, and the moral imperative to preserve the natural beauty of the United States, Duncanson often used allegory in his paintings.  For instance, Land of the Lotus Eaters (1861) was his largest and most celebrated easel painting up to that point. It portrays a group of indigenous peoples presenting a lotus blossom to white men, who resemble soldiers. Possibly an allusion to the Civil War or the strained race relations of the time period, Land of the Lotus Eaters was based on a poem by Alfred, Lord Tennyson, who Duncanson visited with his painting in tow in the 1860s.

Duncanson’s tranquil, light-filled landscape paintings do not reveal their complicated social and political context upon first glance, but one of the best parts of this exhibition, curated by Joseph D. Ketner II, is its attention to the times in which Duncanson lived. In addition to the stunning paintings on view, made between the 1840s and 1870s, the exhibition includes didactic maps, helpful reminders of Civil War-era geography and history.

The Wallach exhibition includes reproductions of Duncanson’s famous Belmont Murals, permanently installed at the Taft Museum of Art in Cincinnati. Full disclosure: seeing these gave me great pleasure and even made me a little nostalgic, as I remember them fondly from when I was growing up there. Commissioned by patron Nicholas Longworth for his home, the murals are a gorgeous example of trompe l’oeil (as a kid I recall loving the painted scrolls that border the landscape imagery).

Though it is rare for the Studio Museum to show artwork made before the mid twentieth-century, we are excited to support exhibitions that enrich our knowledge of artists of African descent working in earlier time periods. Breathtaking and historically fascinating, Robert S. Duncanson: An Antebellum African-American is a must-see, and an amazing reminder of how landscape can so strongly reflect the social and political values of our time.