Museums as Systems | Sessions I & II 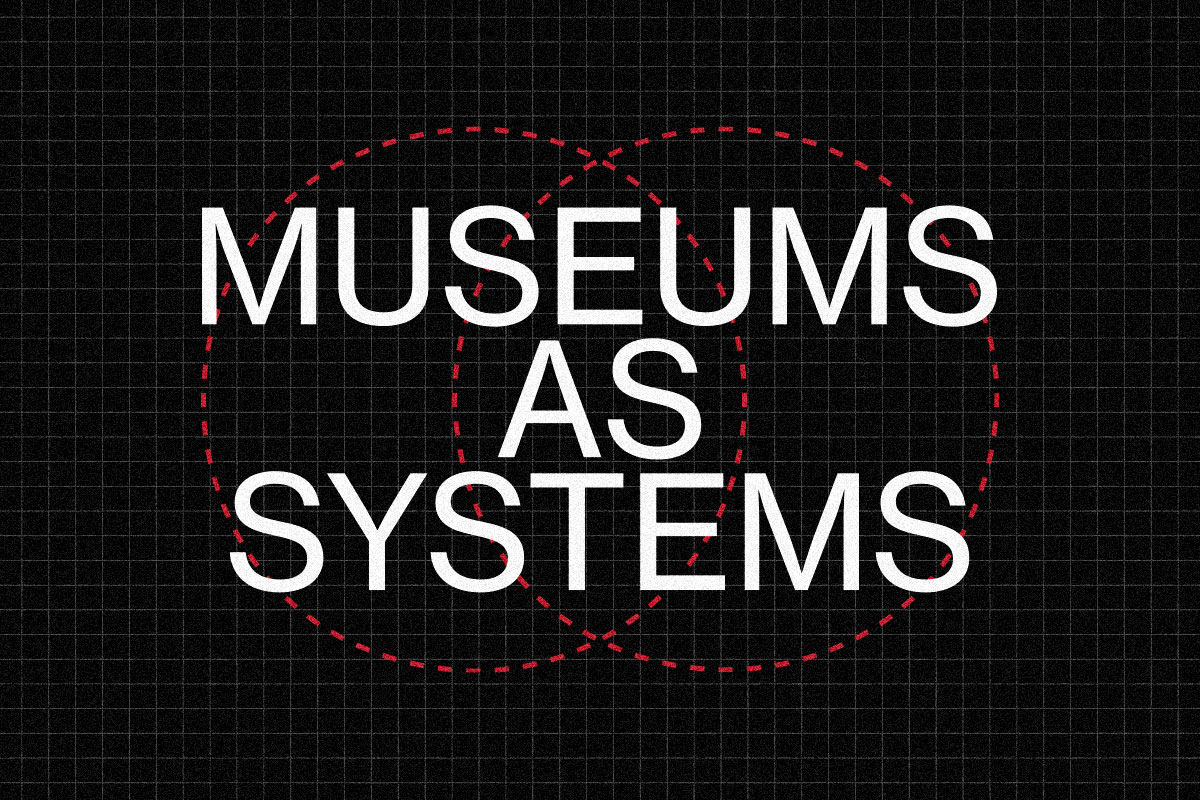 On June 14, 2022, The Studio Museum in Harlem welcomed hundreds of new and longtime community members for its inaugural Museums as Systems two-day online symposium. Music filled the virtual room in anticipation of the first day’s sessions. There’s something serendipitous about the amalgamation of drums, chords, bass, and saxophone that Nas and Lauryn Hill explore in “Nobody”—a song about going elsewhere, a safe space, a retreat. We met under similar conditions to participate in a dialogue imperative to the future of museums. Over the course of the first evening, within two separate sessions, the archive and then language served as central guiding points for the panelists and audience engagement. In response to the paths that shaped the dialogue from each session, I will discuss key themes and considerations from day one of Museums as Systems.

Session I:  Safeguarding Our History 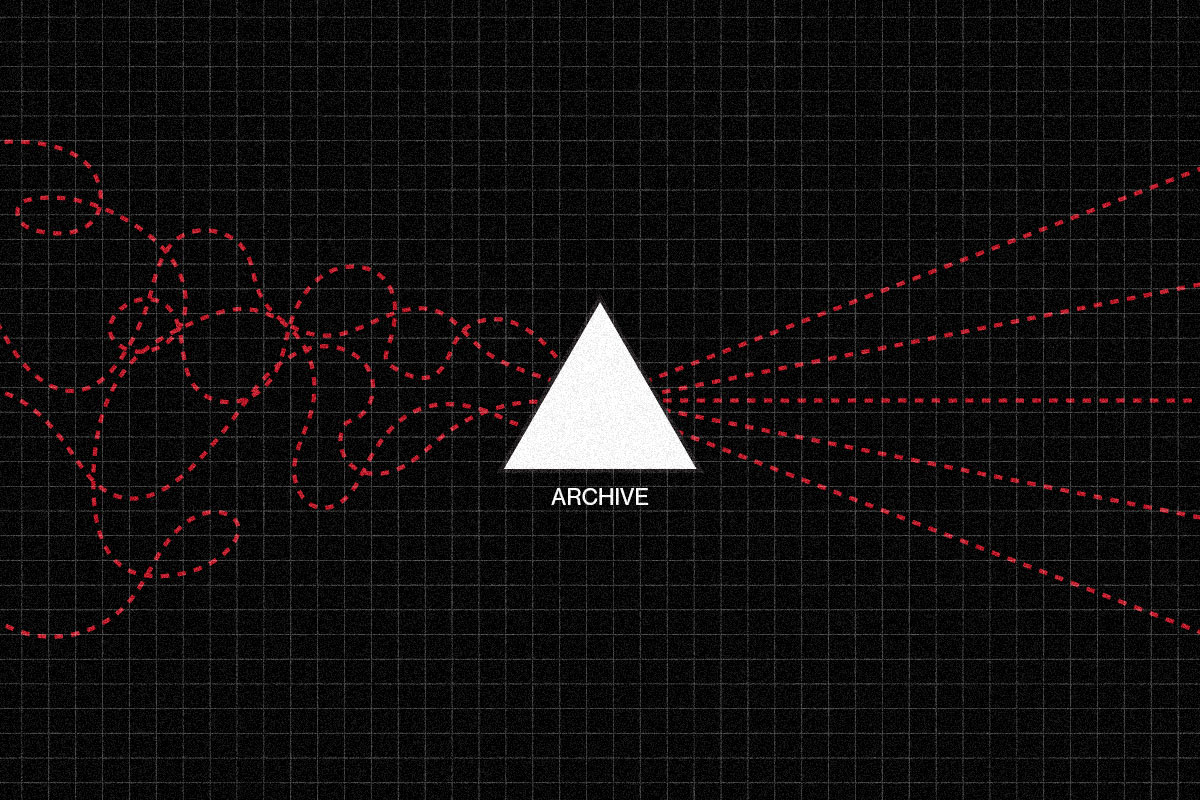 In the first session, Safeguarding Our History, moderated by curator Jenée-Daria Strand and featuring Studio Museum Assistant Curator & Exhibition Coordinator Eric Booker and archivist Steven De’Juan Booth, the trio covered the vast landscape of the word “archive.” The conversation began by inviting the panelists and audience members to share their definitions of what constitutes an archive. For Booker, archives are an invitation to engage deeply with history. Whereas in Booth’s response, archives carry an inherent multiplicity of meaning—from larger institutions to familial archives, there are various approaches to preserving documentary evidence. Regardless of the variability in defining what archive means, both Booker and Booth astutely ushered the audience to consider the materiality, and by proxy the sensitivity, involved in archival practices. Whether through working with artists in-person or with materials online, archives, as Strand highlighted, are active systems informed by a diverse range of factors. Together, the panelists' opening answers pushed against longstanding tropes of archives as static repositories.

It became clear that as much framework as the word archive offers, it is in turn amorphous and boundless by its vastness. What then activates modes of safekeeping history in our present moment? Or, as the next prompt in the talk clarified, what makes archives powerful? Within that space, as Booker shared, archives wield the power to “complicate history in the best possible way.” This potential entanglement between the past and present within an archive can be restorative, as heard in Booth’s example of a community member locating invaluable documentation about their family. That information, which validates one's experience, calls to mind two important questions posed by Strand that addressed the role of archives in not only preserving histories of the African diaspora, but how that work informs its future as well.

The panelists emphasized recognizing the communal networks that keep archives intact. The immense amount of labor required to upkeep—and engage with—archives in every sense of the word is a collective effort. In acknowledging the work of archivists at all levels, we can look beyond what Booth identified as a misconceived notion of discovery and extraction toward a horizon that Booker characterized as “imaginative of a future outside of our own.” The visual stakes involved in the act of seeing and being seen across different stages of time require a sensibility attuned to an archive’s connections to larger histories, as in the case of Strand’s work with Lorraine O’Grady’s archive or Eric’s ongoing work with the Smokehouse collective. Black life, in its fullness and complexity present within and outside of archival spaces requires our utmost attention and care.

By the end of the talk, a heightened sense of what archives are and their potential to shape the future filled the Zoom space. Whether it’s at home or within an institution, archives, in the expansive sense of the word, meet its interlocutors between the role of the informer and the informed. How then, as Booth asked, in discussing archival practices and Black futures, can archives be made more accessible? Ultimately, this question encompasses a sound thought to continue, not conclude, the conversation. A good starting point is not far; to quote Strand’s insightful parting words, “The archive is closer than you think.” 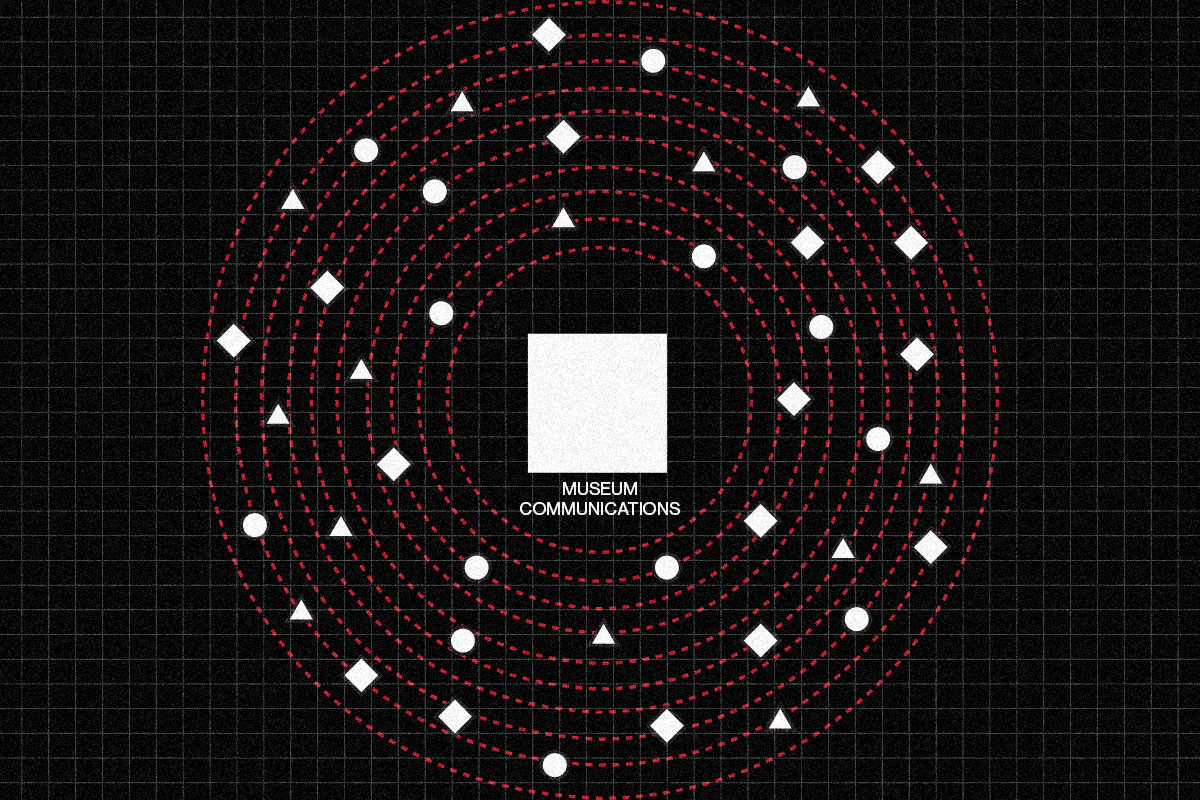 Following a brief break, the start of the second session welcomed a new panel of creative thinkers to discuss “How Museums Speak to People.” The large question of the grammar of institutional spaces overlaps with many areas of museum work like curation, communications, education, and operations, among others. The moderators, Studio Museum’s Digital Media & Communications Associate Yume Murphy and Graphic Designer Sebastien Pierre, and the panelists, Studio Museum Director of Media, Communications & Content Elizabeth Karp-Evans and artist and publisher Kandis Williams, covered a wide range of experience and perspectives in the discussion.

The beginning of the conversation opened with a question introduced by Pierre on the definition of museums. In order to discuss how museums talk, it’s understandably imperative to unpack what we understand museums to be. As Karp-Evans so attentively described, museums create a space to contextualize “commentary on our everyday experience.” The responsibility to create space for artists, patrons, and the like happens in real-time and intersects with the socio-political and economic climate of the moment. Therefore, as Williams highlighted, it’s necessary to keep redefining the term, as what museums are will continue to change.

Parallel to the act of redefining, an important point of return over the duration of the conversation arose out of a space of semantic exploration that Williams prompted throughout the conversation. For example, in the second question, Murphy’s prompt centered both Karp-Evans and Williams’s creative practices to ask in part how both retained narrative authority with (and within) museum institutions. The phrasing “narrative authority” carries a different meaning when, as Williams alluded to, the notion of “authority” as it pertains to the African diaspora—that is, to hold/have in perpetuity—becomes questionable through the longstanding evacuation of generational holdings set in motion by various forms of oppression. Said differently, the authority in narrative authority is premature in the wake of systemic, historical, and ongoing violence predicated on its extraction from Black communities. Therefore, the discussion led to suggesting narrative capacity and consistency in place of authority, so as to not reproduce the illogical limits of control as it relates to one's narrative. In transitioning from the conceptual underpinning of the word “narrative capacity,” Williams and Karp-Evans both emphasized the importance and benefit of a network of trusted folks to be in conversation with when working. After all, the process of a dependable network speaks closely to the founding of the Studio Museum that, as Karp-Evans reminded the audience, created an alternative space in response to the shortcomings of the New York art world in supporting Black creative expression.

During the discussion about the diction of museums, a familiar idiom became apparent: Money talks too. Museum funding became another word combination that conceptually opened itself for examination during the discussion. Williams warned emerging artists to proceed with caution, as institutional funding is the exception and not the standard. However, as Karp-Evans pointed out, there are established opportunities like the Studio Museum’s Artist-in-Residence program that provide a starting point where financial resources and long-term support for artists uplift creative practices. The future then entails a space of critical financial transparency and equity in museums, especially at the points where artists' creative labor intersects with how museums raise capital.

The discussion revealed conceptually and practically just how critical language is to the function and meaning of museums. Further, newfound ideas or terms that participate in forming a contemporary lexicon should be open to a critical dialogue such as the one all four panelists engaged with. The conversation highlighted not only how far museums have come, but also how much work there is left to do, physically and digitally. To quote Karp-Evans, “we [museums] have just as much to learn as to share.” The path ahead welcomes generative dialogue that translates to continuously shaping how museums communicate to a diverse audience with equally divergent needs.

Both sessions offered refreshing conversations that centered on the many ways Black creative thinkers have for generations approached the act of safekeeping and sharing history. In closing, I could listen to both of the session’s panelists for hours, and gauging by the chat, the audience felt the same. At the moment of departure, both talks sent us collectively back into our respective and intersecting worlds—I imagine some of us would go on to share what we learned with our communities and some of us may have looked up reading materials shared in the chat (I know I did). Ultimately, Museums as Systems Day 1 allowed all of us to engage in varying capacities with possibilities beyond the limits of our understanding and ultimately left us with ideas we may not have encountered otherwise.