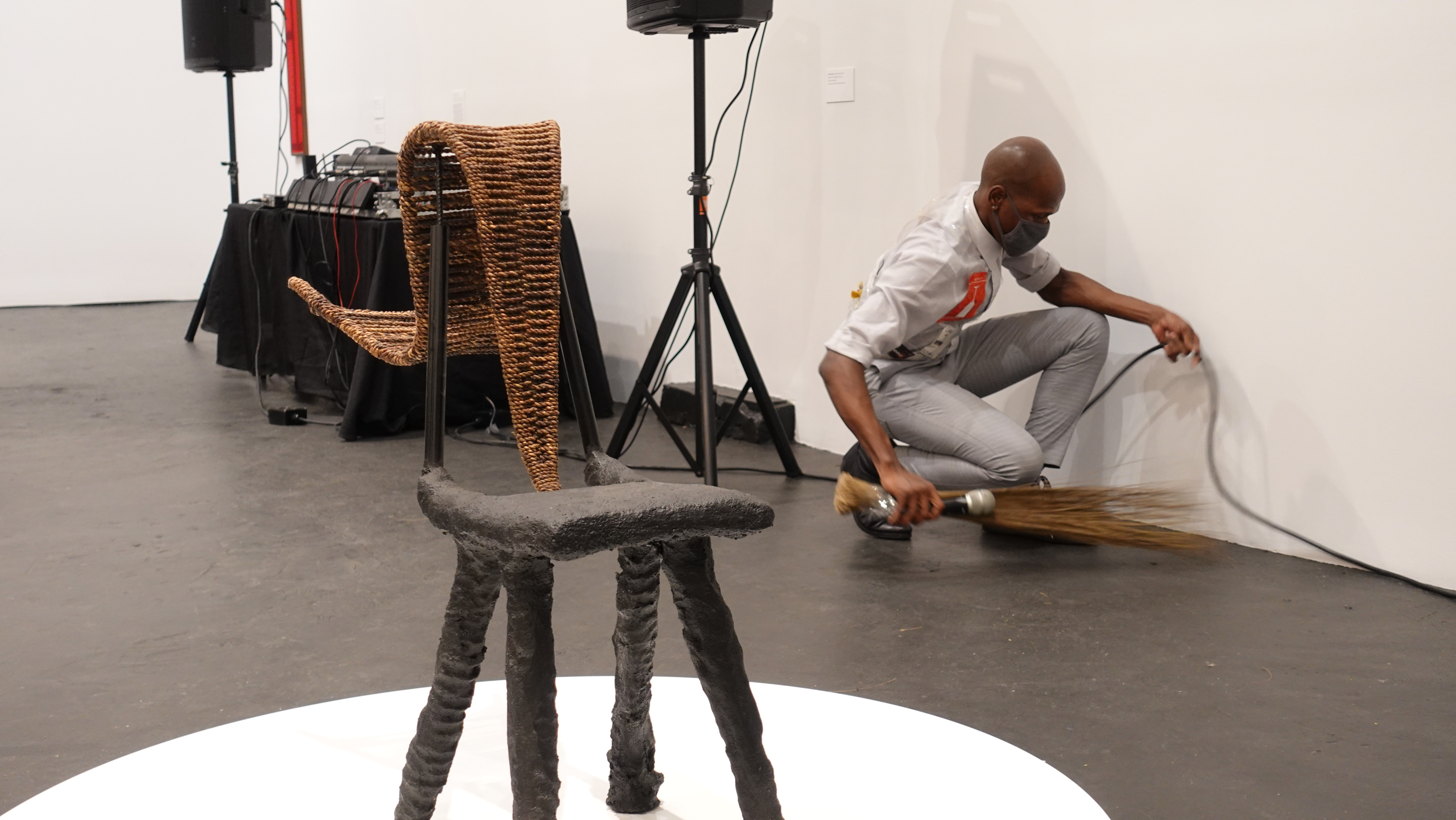 During mid-summer in the Northern Hemisphere (July), the westward-moving trade winds south of the northward-moving subtropical ridge expand northwestward from the Caribbean Sea into southeastern North America (Florida and Gulf Coast). When dust from the Sahara moving around the southern periphery of the ridge travels over land, rainfall is suppressed and the sky changes from a blue to a white appearance which leads to an increase in red sunsets.

Its presence negatively impacts air quality by adding to the count of airborne particulates. Although the Southeast USA has some of the cleanest air in North America, much of the African dust that reaches the United States affects Florida. Since 1970, dust outbreaks have worsened due to periods of drought in Africa. There is a large variability in the dust transport to the Caribbean and Florida from year to year. Dust events have been linked to a decline in the health of coral reefs across the Caribbean and Florida, primarily since the 1970s.

mkpọtụ azịza (Harmattan Dust) (2020—) is a sculptural sound performance for amplified west African broom and Harmattan season Igbo earth realized in response to  Dozie Kanu: Function  on the occasion of Studio Museum in Harlem's Artists on Artists  program. I explore the connections between the dry, windy, dusty Harmattan season in Southeastern Nigeria and the Trade winds over the Atlantic Ocean, which were harnessed during the Age of Sail by early European colonizers and slavers.

I regularly use my performance and sculpture work to explore the invisible vectors drawn between the lands where masses of west African people originated and where they've been dispersed. This has included the routes of the transatlantic slave trade, the shark communities that have populated these same paths, underground telecommunication lines, and present-day shipping routes that also match these paths. I learned that the earliest of all these paths could very well be the set of planetary winds most commonly known as the “Trade winds” that blow over the northern part of the Atlantic ocean.

In my research for mkpọtụ azįza, which included trips back to my home villages in Southeastern Nigeria, I experienced Harmattan season and learned that it was fueled by the eponymous Harmattan winds, a smaller subset of the trade winds. These winds were named so by early European traders who had learned to harness them to sail the paths between Europe, Africa, and what would later be known as the Americas. When traveling from the Sahara, to West Africa, and over the ocean, these winds carry the dried soil of Africa all the way to the Caribbean and Southeastern United States. In mkpọtụ azįza, I meditate on the paths so many Black people have traveled—by force and otherwise—and how the wind and earth have been doing so this entire time.

a.  Turn on combination of reverb (color) and phase/flange (fx) on CDM for the mic so all subsequent ambient actions will be picked up and affected.

b.  Arrange mic, broom, bag of dust, tape on table.

a. Find and face the east side of the room, pray for and to àlà and for the many children who came from the harmattan soil over the last several centuries.

b.  Meditate on the harmattan wind/soil's common path starting in the Sahara through West Africa, over the Atlantic ocean, to the Caribbean islands and Southeastern united states.

3. Engaging with Chairs and Architecture

a. Walk in clockwise circles around each sculpture, starting in the east of the room and moving in a clockwise path. As you circle the chairs positioned adjacent to the irregular protrusions in the floor, stop and sit on each protrusion.

b.   Meditate with your body in other ways on all the possible places these materials, symbols, ideas, and physical labor came from and might go to.

a.  Using the sound sculpture, sweep up all the dust and other accumulated particles in the room, starting in the east and going clockwise until it has been collected at the foot of the garage door.

b.  Sweep the pile out of the building in one final set of broad gestures.

c.  The piece ends when the augmented sound ends.