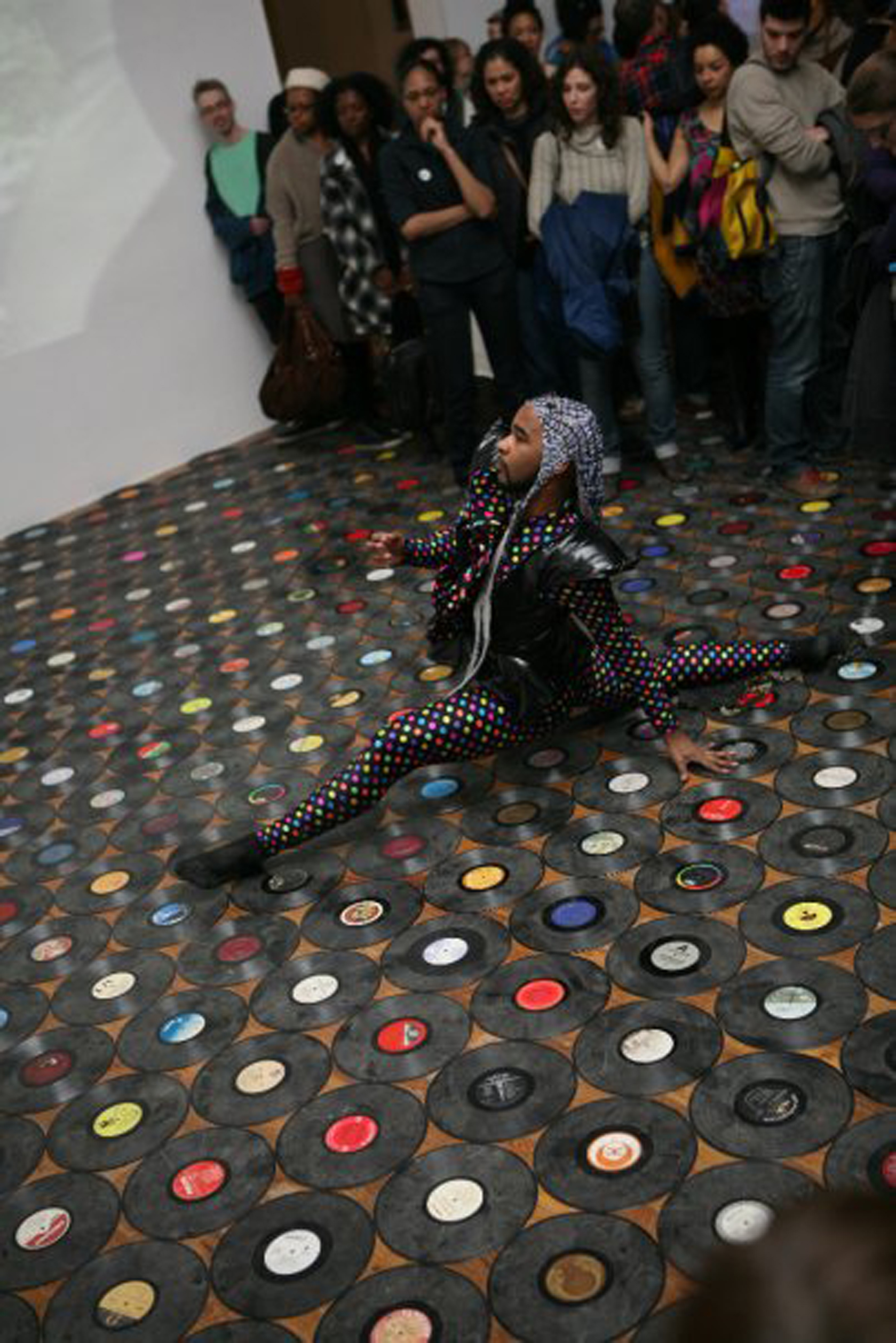 On May 14, I sat down with recent University of Pennsylvania MFA graduate Jacolby Satterwhite for a post-studio, studio visit. Using the core elements of his practice—a laptop and two portable DVD players—Satterwhite showed me a body of work still in progress, complex and unresolved. His projects, which center on his own body, cross various media, high and low culture, public and private space, and real and virtual environments. “Living in a liminal space is important to me,” he said. “That’s the only way I’m going to break boundaries and do different things, not just become a commodity.”

Many of Satterwhite’s projects derive from “matriarchal, schematic drawings” his mother created during her struggle with mental illness. Satterwhite transforms these drawings of da Vinci-esque flying machines and cakes resembling skyscrapers, along with recordings of his mother singing, into works including computer-generated fantasy worlds and full body costumes outfitted with speakers for breasts and video-monitors in the crotch. In these outlandish bodysuits, Satterwhite performs high-tempo dance routines in art spaces, nightclubs, and on the street. In Model It (2010), he performed his extraterrestrial voguing in front of Fifth Avenue retail stores (and perplexed bystanders), while haunting melodies of desire emanated from his body. “It’s kind of like performing my mother in alien drag,” he explained with a chuckle. “I’m wearing the narrative on my chest and crotch, and there’s this love song coming out of me… and now I’m walking into CVS.”

The power of Satterwhite’s practice lies in the fearlessness with which he recombines disparate material. He fully exploits the definition of “contemporary art” as one that is able to absorb multiple discourses and pop culture elements. “I’m going to make work the way I want to make it. I’m not going to be apologetic,” he told me. “We’re in the fourth dimension of postmodernism, and we have all of these languages at our disposal.” As his practice evolves to include more public performances, and even an interactive video game, he may be the one showing us the way.