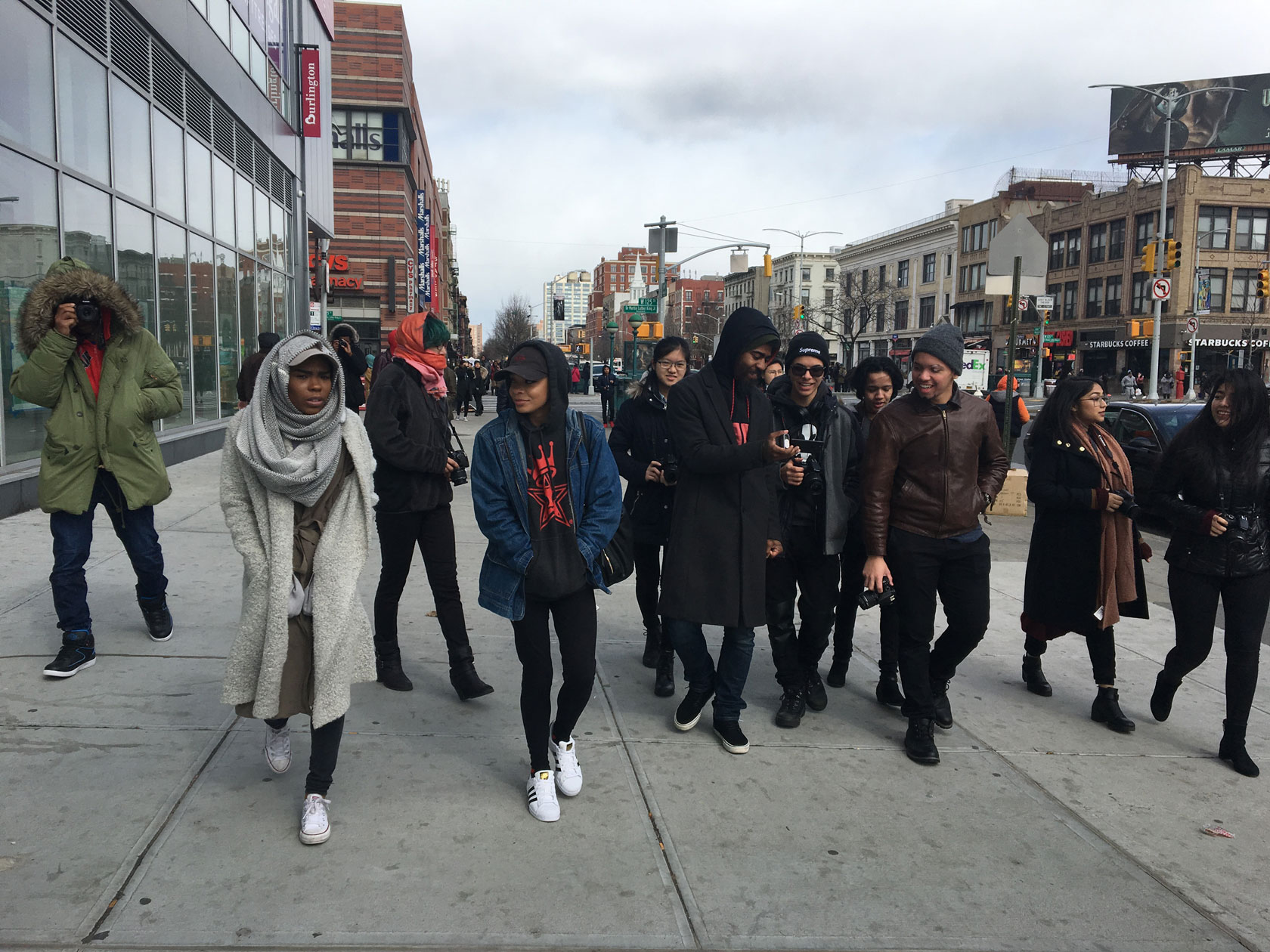 2017 Expanding the Walls participants with Devin Allen on the corner of Lenox Avenue and 125th Street in Harlem
Photo: SaVonne Anderson

Allen is most noted for his work documenting the uprising in his community after the death of Freddie Gray, which led to a Time magazine cover photo in 2015 when he was just twenty-six years old. While visiting the Studio Museum last year, Allen discussed his photography in the exhibition The Window and the Breaking of the Window, and shared his experiences engaging the young people in his Baltimore community through photography. Eight Expanding the Walls participants took inspiration from Allen's photographs, capturing their own images of the surrounding community. Here are their stories of how Allen had a lasting impact.

Isaiah
Devin has inspired my work because I noticed that within his work he documents his community for what it is, and does not try to put a guise on it. During the uprising in Baltimore, Devin photographed the riots and also the peaceful moments. In my community I am a citizen, but I also want to be able to capture the true nature of my community and the people within it.

Sean
Devin inspires me as an artist because he shows me that anyone can do it and make it out by feeling the pain of his surroundings. Devin shows, through his images, a message to the world of what going on in the community. My work and Devin’s work connect because even though our communities are not in the best shape, we still see our communities as beautiful, unique places to be because of the culture.

Amber
I never had experience using a professional camera before I joined Expanding the Walls and the closest I’ve been is using a digital camera. Even then I was scared I would break it and my pictures would be terrible. Devin’s work inspires me because I know the work was done by someone self-taught, and who produced amazing work, much of which contains people. This gave me more confidence in my work, and the desire to work with more people in my photos, which I never do. For the photo, I took inspiration from the one of the man kissing his daughter’s cheek. The daughter and father are the main focus and take up nearly all of the frame. The whites, grays and Blacks are very distinct in the photo.

Pia
The problem I have with what is considered “ethnically beautiful” is that certain stories are excluded when they do not fit the desired aesthetics. When the stories do not comply with stereotypes, the images and narratives are skewered or forgotten about altogether. Devin’s “A Beautiful Ghetto” photographs tell the story of his hometown, Baltimore, and its mesmerizing triumph of an uprising. Although my work does not document an event as mammoth, it follows a similar principle: a just depiction of the many factors of history occurring right now. I’m from Queens, the most diverse place in the United States, however, very few photographs of Queens come up when I search New York on Google. In its place are the glamorous lights of city life. I do not see my city as such. I seek to tell the beautiful and compelling immigrant stories of my city as Devin does with the African-American community in his. It is only fair to say that Devin and his work have been a big inspirations since the beginning of this eight-month project.

Alvaro
Devin has a unique way of slowing down and capturing intimate moments during the waves of an uprising. In this photograph during the uprising in Baltimore after the death Freddie Gray, he captured a police officer with tears in his eyes. As I’m getting into portrait photography, I’m learning how to get to know people better to illustrate their emotions. Studying his work, I have realized that Devin’s photographs are not just images, they are voices (his voices) that allow him to address what is concerning him at the moment. Similarly, I would like to give my photographs a voice that allows me to share my own thoughts and opinions, and allow the viewer to form a personal connection with the image.

Sherry
Of all the people I’ve met so far, few have influenced me greatly, but one of them is Devin. His story left my fellow Expanding the Walls members and my jaw-dropped. We learned how much of a hard worker he is, and the sacrifices he made to follow his passion. Before meeting him, I have been negative about what I can possibly do with my life. But after meeting Devin my perspective shifted. Somehow, his words motivated me and pushed me in the right direction. Especially when he spoke about the uprising after the death of 25-year-old Freddie Gray. He talked about how he saw the community come together, under one light, and work together. This is one of my favorite sayings from Devin. I am inspired by the way he views the world and reality.

Donnell
What makes Devin so unexplainably awesome in my heart, literally, there’s no words to describe it. Speaking my love for Devin isn’t nearly enough to show it. His story never fails to leak through the ink it’s printed on, or the screen it’s projected on. He inspires my work because he has drilled in me to find what you love and just get better at it. He tells me that as long as I’m happy with what I’m doing, that’s all that matters. He inspires me as a person because he showed me how I can follow my dreams and still keep the love for friends who may not have the same ideas or passions for things that I do. What Devin is really good at is documenting his hometown experiences and capturing his communities. That being said, he has challenged me to make sure I keep in touch with my roots. Directly inspired by that quote, I have accepted it and have begun to portray these messages in my work.

Kioni
Last month we had the opportunity to meet with photographer Devin Allen and learn from him. I think that interacting with him definitely made an impact on me, both as a budding photographer and as a person. He has inspired me to be more true to myself in my art, to take photos that represent who I am as a person. He has also taught me that photography is a way to get out of my comfort zone and make new experiences. 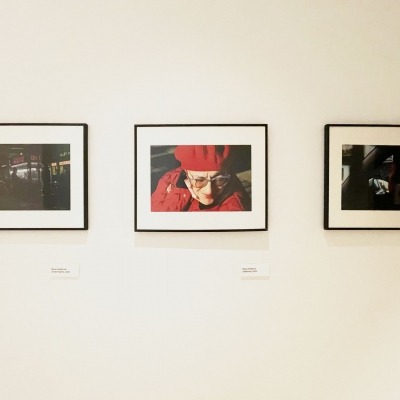 A Shout, a Call, an Echo — Capturing the Echo: Expanding the Walls 2022 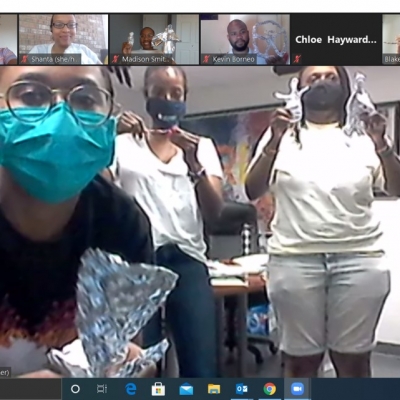 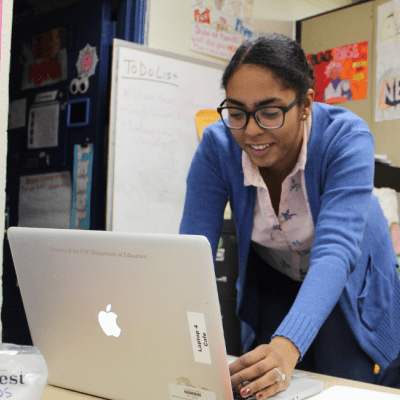