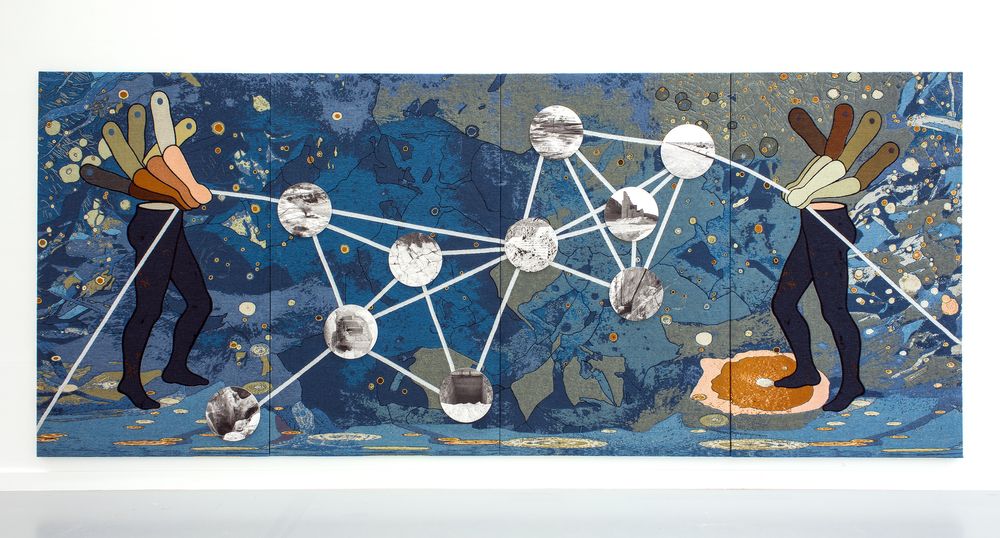 To Dig a Hole That Collapses Again is named for the Namibian town Tsumeb, where Green Hill serves as the site of many mineral, crystal, and copper deposits. Otobong Nkanga traveled to Tsumeb by rail in 2015, where she observed the land transformed from a hill to a hole in the ground—a result of industrial mining introduced to the area by Germany during the colonial period. Fascinated with what she has called “glimmer” and “shine,” Nkanga has investigated natural resources, mining, and capitalism. She is interested in the disputed histories of colonialism and takes a critical look at the relationship between Africa and the West. Nkanga does this by exploring how raw minerals become consumer products in drawing, photography, installation, and performance pieces. In several works highlighted in the exhibition, Nkanga uses bodies as a border to explore the effects of mining.