Building Spaces for Creativity and Healing at Rikers Island 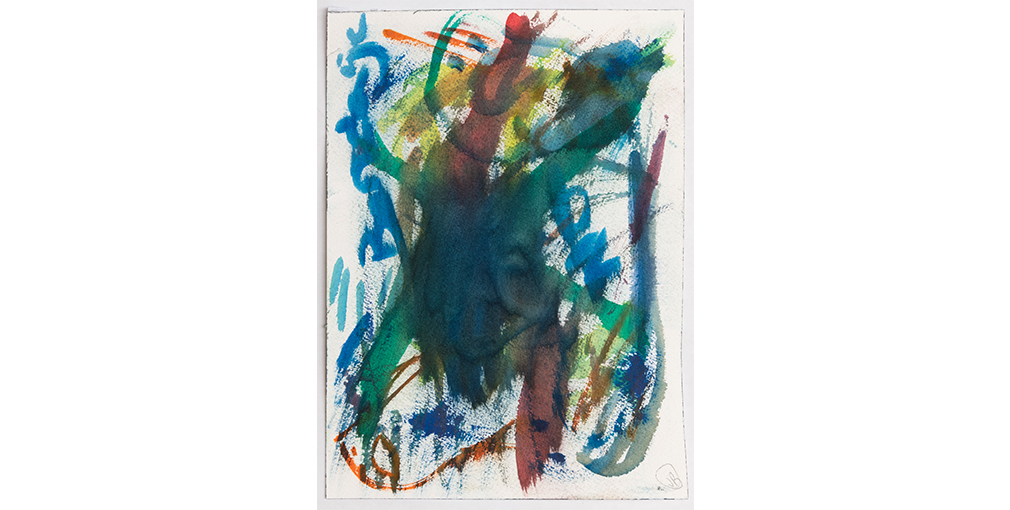 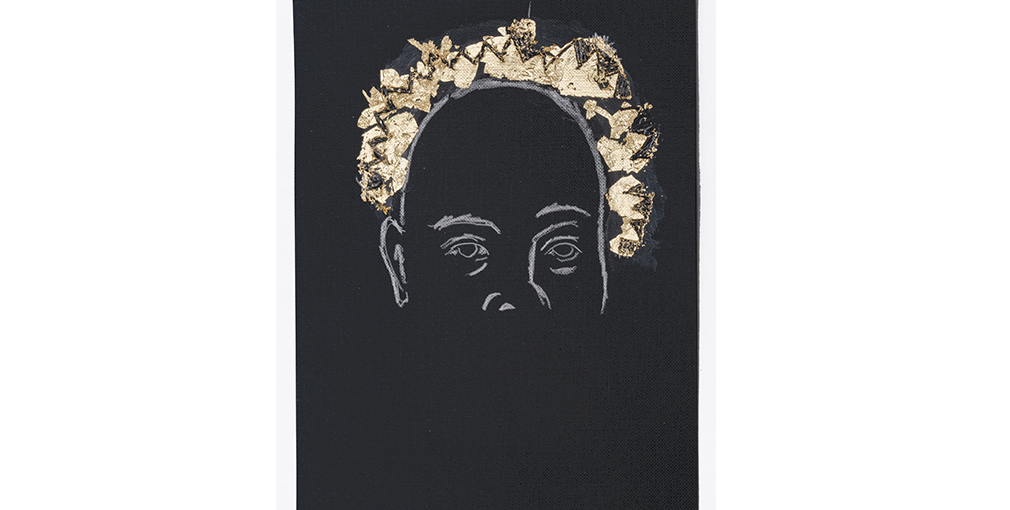 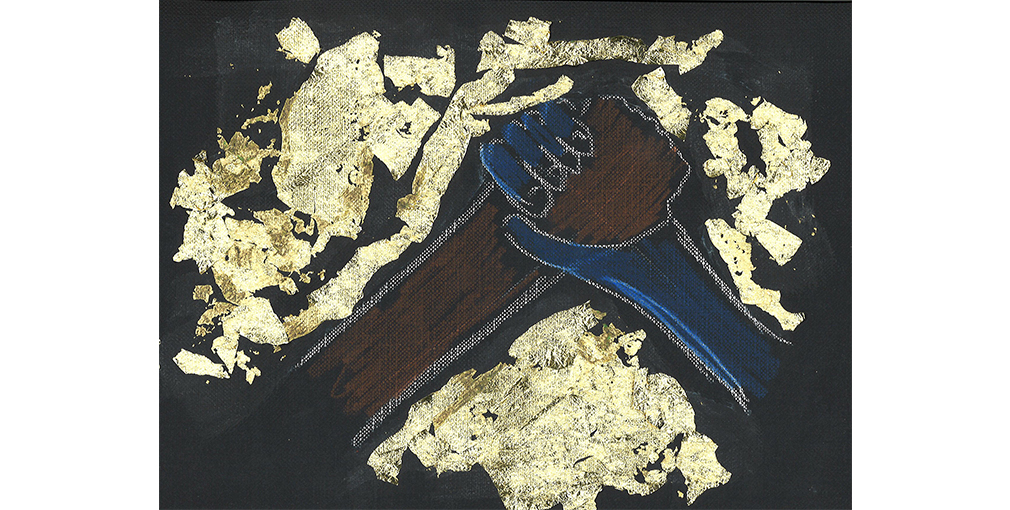 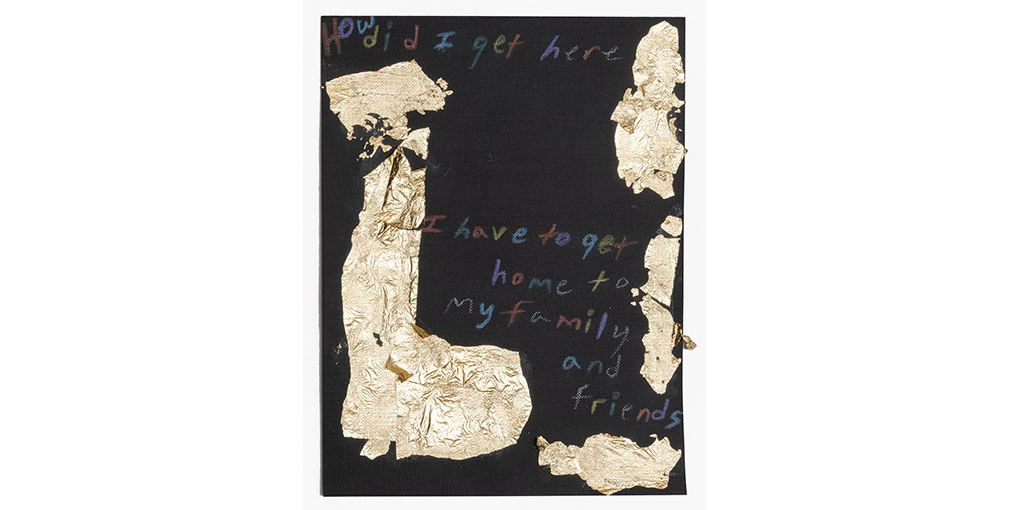 As the Studio Museum’s Education Department grows, we continue to expand the way our programs consider the role of art in society and the importance of access. In June 2019 Jennifer Harley, School & Educator Programs Coordinator, and Chloe Hayward, Manager, Education Programs, attended Arts in Corrections: Reframing the Landscape of Justice, a conference hosted in Santa Clara by the California Lawyers for the Arts and The William James Association.

The conference connected organiz­ers, artists, and cultural organiza­tions working to bring art inside county jails and state prisons. Those in attendance provided a spectrum of experience, as interns, returned citizens, and arts professionals with decades of experience came together. It was an incredible experi­ence to meet such a breadth of pro­fessionals serving those impacted by targeted criminalization and mass incarceration. We gained insight into our colleagues’ new programs, challenges, and current research, and witnessed their results through art exhibitions, plays, and classes with master artists.

The most impactful part of the conference was hearing directly from returned citizens about how cultural institutions and organiza­tions can serve those who’ve expe­rienced targeted criminalization. The conference created a beautiful opportunity to build awareness and see first-hand how art can cre­ate healing spaces and transform oppressive systems. Shortly after our return, we began conversations about how to use everything we learned from the Arts in Corrections Conference for our continued work at Rikers Island.

Just north of the runways at LaGuardia Airport sits New York City’s principal jail complex, Rikers Island. The four-hundred-acre island houses ten individual jails with eight thousand incarcerated individuals on an average day. Throughout the year, about seventy thousand people will spend time at Rikers. An overwhelming majority, almost eighty-five percent, have not yet been convicted of a crime or sentenced. They are serving time at Rikers awaiting trial, either on bail they can’t afford to pay or after hav­ing been remanded to custody.

In response to Rikers’s reported poor conditions, management prob­lems, use of excessive force, solitary confinement, and sexual and physi­cal violence, grassroots organizers, criminal justice reform activists, politicians, and returned citizens formed an independent commis­sion to study reforms, and have held protests demanding the complex be shut down. In 2017 New York City released a report closely aligned to this research that outlined a pro­posal to close Rikers in ten years by reducing the jail population by half and moving remaining individuals to newly built borough-based jails. These plans continue to evolve and are still being solidified by the city.

Our partnership at Rikers began in 2016 when former artist in residence Julia Phillips connected the Education Department to Mia Ruyter, Education and Outreach Manager for the Center for Justice in Education at Columbia University’s Heyman Center for the Humanities. This partnership is at the core of the Education Department’s mission to foster inclusive creative spaces and inquiry-driven critical dialogue in support of social justice, centered on works by artists of African descent. The first two years our partnership focused on the Rose M. Singer Center, where we worked with young women between sixteen and twenty-five, some of the youngest individuals at Rikers.

After conversations with the New York City Department of Corrections, we decided to shift the focus of our work to a facility that has one of the lowest rates of programming at Rikers, the Otis Bantum Correctional Center (OBCC) that houses adult men. This summer we worked with two housing units at OBCC and fifty men, with a focus on building a creative community space in each unit. We asked participants to identify and visually communicate what they value and celebrate about themselves, and the messages they want to share with the people important to them, and to their wider community, through art. Using artwork from the Museum’s permanent collection, we gathered to discuss work by Titus Kaphar, Barkley L. Hendricks, Romare Bearden, Derrick Adams, Norman Lewis, Sam Gilliam, and Faith Ringgold. After making artwork in response to what they saw the group spent time sharing their creations with one another. 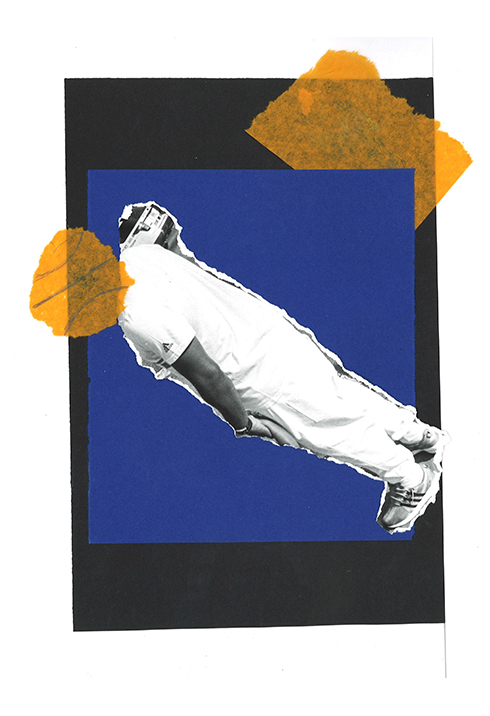 We asked participants to identify and visually communicate what they value and celebrate about themselves, and the messages they want to share with the people important to them, and to their wider community, through art.

Teaching Artist Nia I’man Smith has worked at the Museum for ten years and has facilitated this partnership since it started. Jennifer Harley spoke with Smith to discuss how she creates supportive and creative spaces, what she envisions for the future, and why teaching at Rikers Island is important to her.

Jennifer Harley: Before we started this year, we all took a moment to sit down as a group to share why we choose to be a part of this partnership. Can you please share your reasons?

Nia I’man Smith: I’ve always had the fundamental belief that the viewing, discussion, and creation of art shouldn’t happen solely within the confines of a museum’s physical space. As public institutions, I think museums have a responsibility to make their collections, programming, and resources available to a variety of audiences who may be unable to visit the space. I believe those audiences are entitled to the same access as those who are. Given that, it was important for me to be a part of a partnership that modeled this. On a personal level, I have family members who have been and currently are incarcerated, so I wanted to honor them by participating in this partnership.

JH: Tell me a little about your practice as an educator and how that informs the way you build the supportive and creative spaces you have worked with participants to co-create over the past three years?

NIS: I like to like to think of myself as an “everywoman” educator— a large part of my practice is informed by the fact that I come to the museum education field in an “untraditional” way, in that I don’t have an art history background. Even in my eight-plus years of experience as a museum educator, I’m still learning. It’s that dual feeling of “insider/outsider” that allows me to be transparent when I’m engaging with a group: I am as much as a learner as I am as a facilitator. Saying this automatically disarms any pretense that I’m there to act as “expert,” and allows everyone to feel comfortable with sharing their perspectives about the artwork.

JH: Can you talk about the artworks you chose to focus on this year?

NIS: I selfishly admit I chose artworks that are personal favorites! It was important to me that I shared works that celebrate people, places, and things of cultural importance, such as Bearden’s tribute to the conjure women, or Faith Ringgold’s work honoring Harlem. I wanted the men to view work that specifically addresses issues relevant to them, to show them the ways in which contemporary Black artists are creating work that is socially, politically, and culturally relevant to their lives. In doing so, it was my goal to select work that felt relevant and connected to some part of the men’s past, present, and/or future.

JH: Can you tell me about the participant’s response to Titus Kaphar’s The Jerome Project?

NIS: The Jerome Project deeply resonated with the men—in fact, one of the men who participated in the first group immediately shared that he thought the artwork was about men who had been incarcerated, as soon as he saw their mouths covered. He shared this prior to being given any context about The Jerome Project, and hearing that made me see how palpable this body of work was for these men, and how they immediately saw themselves and their situations in the different Jerome portraits.

JH: What were your specific goals for this partnership?

NIS: My overall goal for the partnership has been to create an environment where the men feel comfortable expressing themselves intellectually and creatively. Throughout the four weeks, it was important to me that the men saw, valued, and heard themselves and each other as individuals with a wide range of perspectives and talents that were to be explored and celebrated.

JH: Is there a moment or two that really stood out to you?

NIS: When the men shared the quilt pieces they created of places that are important to them in response to Faith Ringgold’s Echoes of Harlem. We had the men “assemble” their individual pieces into a “quilt” on one of the tabletops. It was beautiful to see all their works in conversation with one another, to see the men be engaged with each other’s artwork by asking questions like, “Who made this?” or, “What’s the story behind this square?” and be openly supportive and complimentary of one another. This moment was really powerful to me. 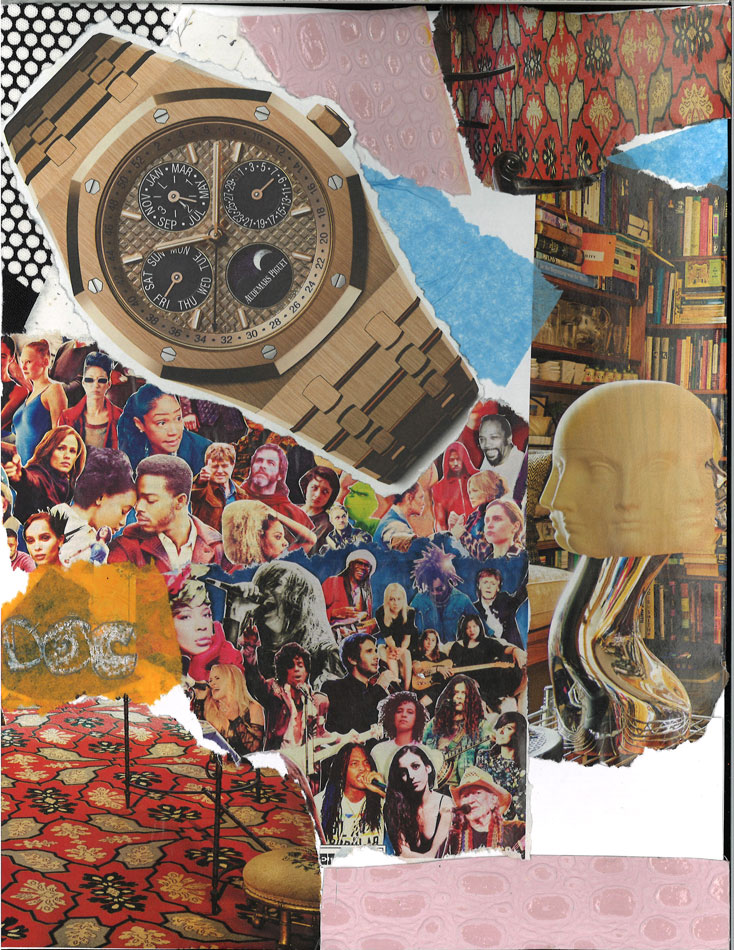 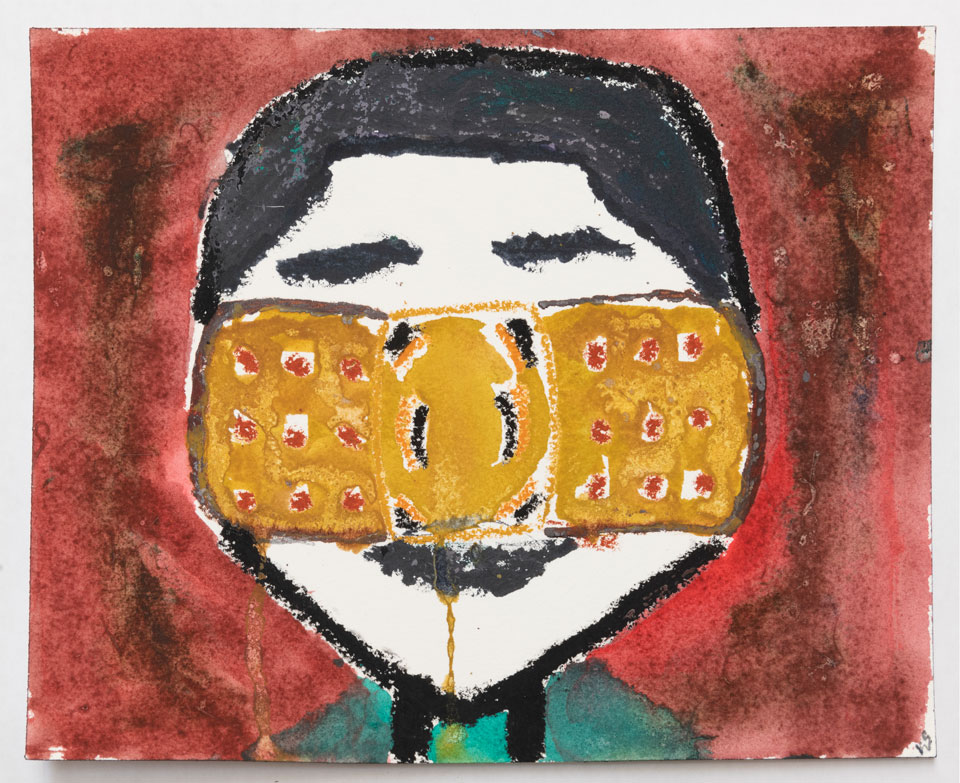 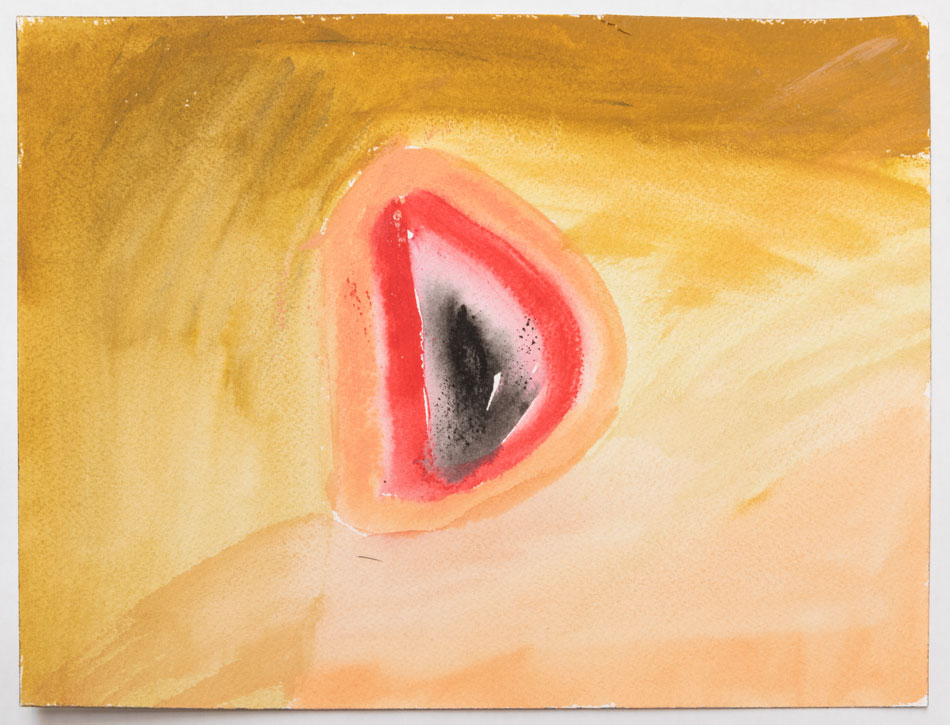