Book Review: Black Performance on the Outskirts of the Left by Malik Gaines 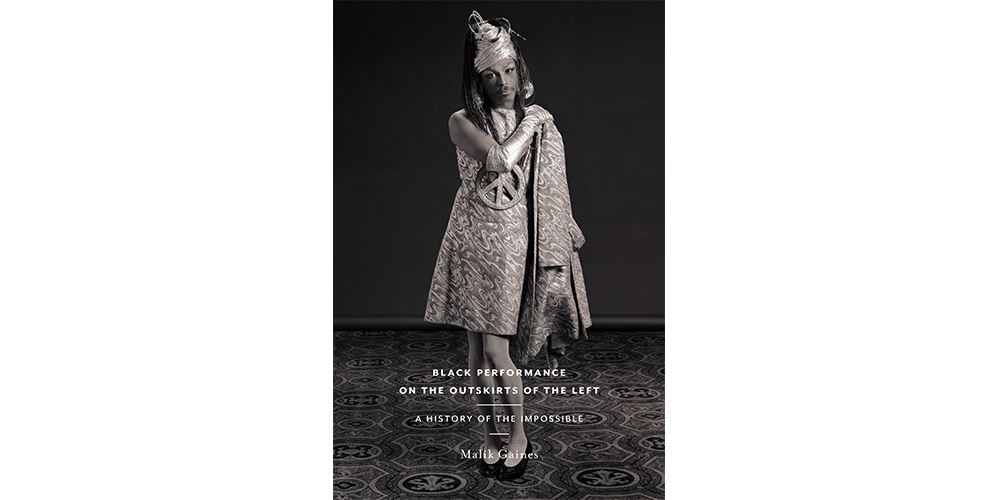 Trying to fit pianist/singer Nina Simone, Ghanaian playwrights Efua T. Sutherland and Christina Ama Ata Aidoo, German actor Günther Kaufmann, and Bay Area singer (not yet disco diva) Sylvester under one broad umbrella is a difficult task, especially because Gaines wants to slide iconic expats such as Josephine Baker and W.E.B. DuBois under it as well. “Decentered performances of racial and sexual difference suggest radical political outcomes,” Gaines writes, “but these potential outcomes are complicated by the expressive power of imagination, which in itself exceeds the rational containment of the body into legible, manageable, individual subject status. While such status had been conventionally denied to the marginalized, these performances of the sixties launch what would later be understood as a deconstructive critique of the center around which margins have been oriented.”

In reading Gaines’s deeply researched work, I’m not sure if he truly connected all the dots between the performers he’s chosen, but that in no way made the journey of Black Performance any less engaging. While Simone’s life and work has been the subject of a lot of attention the last few years due to a gritty documentary and a terrible feature film, the lesser-known artists Gaines focuses on are all fascinating. Sutherland and Aidoo are female playwrights at the dawn of Ghanaian independence who, spurred by the nation’s founding father Kwame Nkrumah, attempted to use theater to help forge a separate national identity at a time when the colonial legacy was still fresh, and the idea of disconnecting from African traditions had been hardwired into the population. The depictions of Sutherland’s Edufa, which recast a Greek myth into African reality, and Aidoo’s The Dilemma of a Ghost, in which an African man brings home an African-American wife, delve sensitively into the profound difficulties of merging divergent cultures in a highly charged political landscape. In using a Greek tragedy to communicate a Pan-African message, Sutherland used the master’s tools to attempt to build a new house, while Aidoo brought home the challenges of connecting the children of the diaspora (who were still seen as slaves by many Ghanaians) to the motherland.

Rainer Werner Fassbinder is a giant of postwar German cinema, a transgressive artist who mixed performance forms, working methods, and literary sources while building a troupe of performers he directed—and had sex with—in plays, television programs, and films. One of his key muses was the Black Bavarian actor Kaufmann. They met working on a television show, and Kaufmann became a regular in Fassbinder’s prolific work. “Kaufmann serves a particularly visible site of the collapsing of race, class, gender, and sexuality into a radicalized character,” Gaines writes. “In a series of Fassbinder’s early films and television productions, Kaufmann consistently problematizes the representation of national identity with his German Blackness, contributing bodily to those works’ ambivalence.” The discussion of Kaufmann’s many roles in Fassbinder’s work allows Gaines to mix film criticism, the history of performing arts styles, and German social history in some of the book’s best writing.

Sylvester is best known to most as the gay singer whose soaring vocals can be heard “You Make Me Feel (Mighty Real)” and other disco classics. As such, he was a campy symbol of disco decadence. But Gaines looks into Sylvester’s earlier career, when he was part of a radical drag Bay Area performing arts collective called the Cockettes who, between 1969 and 1972, “activated an empowering countercultural visibility through constructed dress, speech, and physical action. These tactics allowed the group to radically restage the notion of sexual and gender identity in campy performances, and their life as performance approach made everyday practices into radical anti-normative spectacles.” For example, the Cockettes made a film called Tricia’s Wedding in 1971 to ridicule the marriage of President Richard Nixon’s daughter, which had been broadcast on national television. There’s a great still in the book of Sylvester in full makeup from this satirical film. The tension of Sylvester’s time with the Cockettes is that his vocal ability and stage savvy were often at odds with the group’s typically unstructured hippie ethos. As the Black star of a white artistic community, Sylvester revealed the veiled racism just below the surface of the self-important, white, left-of-center group. If Black Performance on the Outskirts of the Left is not a totally coherent argument, it is a thoughtful, creatively designed look at complex and gifted artists at a crucial moment in history.