Art Resisting Ownership: Fugitivity as an Escape from Commerce 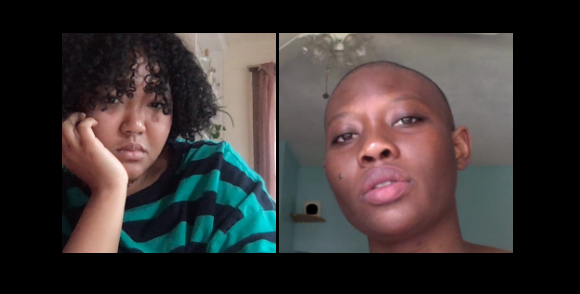 This two-part essay deals with the ownership and acquisition of artworks as they relate to the museum space. Giovannah Marveige provides an overview of the colonial history of ownership and describes how “fugitive art” has been able to escape such ownership, while Yume Murphy offers a more contemporary exploration of digital art, such as crypto art, and its relationship to ownership and the art market and institutions.

And God blessed them, and God said unto them, Be fruitful, and multiply, and replenish the earth, and subdue it: and have dominion over the fish of the sea, and over the fowl of the air, and over every living thing that moveth upon the earth.

Dating back to the fifteenth century, papal bulls are a form of official religious decrees that carry the full weight of the Pope’s ecclesiastical office. These decrees were often made to help expand the church’s dominion, often granting Western European Catholic nations the right of ownership over people in Africa, Asia, and the Americas and their lands. Through these kinds of legal and religious decrees, made with no consultation of Indigenous peoples, Western European countries could rationalize and indoctrinate entire colonial systems based on the right to own, to enslave people, and to decimate their lands. Today, this investment in a right to ownership has become integral to the underpinnings of Western ideology, namely capitalism and colonialism—both of which are fundamental to the founding of the United States. Whether it be Manifest Destiny, the United States’ concerted effort to land a man on the Moon, or copyright law, the logic that stems from a right to own has influenced all aspects of our lives. This includes art and the historical violences and violations committed globally against Black, Indigenous, and People of Color (BIPOC) nations through the acquisition practices of museums (pillaging, looting, and theft) that have consolidated such massive collections of BIPOC art, artifacts, and remains today.

Art is, and has always been, a political power supply…. Art can be recruited to shape and advertise culture identity, to create a history, real or artificial.

Within this social and political context, we must view museums as defenders of this logic, the right to own, a logic that, we might add, has solidified white supremacy, capitalism, and patriarchy. Many museums embody, reinforce, indoctrinate, and recapitulate the deep logic tied to the right to own, the privilege to possess, to an elite few. Whose art is worthy of ownership? Whose art is worthy of display? Art museums tell us whose culture is worthy of reverence and admiration. It is by no coincidence that the art collections of most museums feature predominately white male artists. It is also by no coincidence that the “artifacts” and skeletal remains housed by museums have been violently sourced from BIPOCs. The items that were paid for, white and male. The items that were stolen, Black, brown, and Indigenous. Where we spend our money tells us what we value. Where museums spend their money shows what they value.

Sad to say, with regard to race, art museums have for the most part behaved like many other businesses in this country—they have sought to preserve the narrow interests of their upper­-class patrons and clientele.

The right of ownership requires rigidity for success. It requires that everything or everybody be categorized for effective evaluation and monetary use. This is best exemplified by the creation of the modern concept of race. The “right of ownership” requires boundaries and labels and can only be countered by a force that is adaptive, improvisational, and ephemeral. “Fugitive art” is such a force.

“Fugitive art” is environmentally responsive, can exist in multiple spaces simultaneously, and is in a constant state of entanglement between communities, artists, and society. The beauty of “fugitive art” is that it moves too quickly to be captured; its evolution is always one step ahead of ownership.

Fugitivity and Fungibility in the Art World
Yume Murphy

Though participants within [NFT markets] may feel as though they are somehow beating the system, finally “winning” against all the ways capitalism exploits or works to extinguish human creativity (as well as winning over other artists already competing for dwindling cultural resources), in reality, NFTs have yielded the same outcomes of the already highly stratified conventional art market.

This year non-fungible tokens (NFTs) have become the focus of conversations surrounding the future of crypto art and the art market as we know it. The NFT—the non-fungible (or irreplaceable) unit of data stored on a digital ledger (called a blockchain) that certifies a digital asset to be unique and therefore not interchangeable—has led many to hypothesize about the democratic potential of such a cryptocurrency, with some seeing the NFT as an instrument of financial inclusion. In the context of the art market, this crypto-optimism idealizes NFTs, and imagines a future in which digital artists can more accessibly monetize their work and subsequently be included in a lucrative market. After all, the NFT more transparently “includes information about the ‘primary’ market—the creator, the first collector, and the sale price—as well as a record of the ‘secondary’ market.

Expensive fees to “mint” an NFT, and exclusive social networks required for the successive sale of such NFT-based art still stand as barriers for emerging digital artists and collectors who are not platformed, not wealthy, and overwhelmingly not white. The crypto art market has replicated many inequalities of its older corollary, with auction houses and galleries scrambling to take advantage of the millions to be made while private collectors now amass digital collections that have the potential to be traded. As the art market continues to cater to private collectors who are increasingly opening private museums and galleries, public museums must respond to increasingly privatized interests, often in opposition of who and what public art museums are intended to serve. Can museums present a diverse history of art while succumbing to histories of wealth and power?

The twenty-first-century museum no longer poses as a guardian of cultural traditions, but rather as an iconic, hip and innovative destination—as though designed to be featured in the media.

I debate whether art is becoming a form of fictitious capital that results in audiences’ loss of faith in the object’s intrinsic value (a form of ‘aesthetic atheism’). The increasing disappearance of artworks into financial products, freeports, and histories of capital has ... implications for the way in which art is encountered in museums and, indeed, for conceptions of the role of the museum in society.

Today, public museums are increasingly beholden to the financial support of dealers, private donors, and corporate patrons, as government funding for such institutions has dwindled globally. Museums work with auction houses, private collectors, and galleries to put on shows and perform sales, while privately funded museums are built to reflect the tastes of wealthy collectors in select cities across the globe. Museums intended to serve local publics, are dependent on private interests and have concurrently become globally branded entities. They sell logoed merch, replicas, and prints of exhibited artworks, and a semblance of what it means to consume artwork. It becomes not-so-surprising that art has become cryptocurrency, further commodified and hyper-consumable at the benefit of its owners in response to these changing relationships.

For work to be considered art (in the art market) it must be valued, accessioned, or held within the walls of a museum. Again, ownership is at the crux of this system. For museumgoers, the institutions’ role as a storefront for art is abundantly clear in who is allowed to touch such works, and in the museum labels that designate which estate, gallery, or fund these works were acquired through. The museum’s role is apparent in the commodification of art as a branded, at times luxury, experience. How was this exhibition marketed? How have successful artists become branded auteurs? What artwork is worthy of being owned? Worthy of being bought? These questions serve as broad reminders of the kind of art that gets excluded through these power dynamics. Art that is collectively owned, collectively created. Art that is incomplete, ephemeral, and illegible. Art that is made by Black, brown, and Indigenous artists has not been historically privileged through ownership. These works have resisted traditional forms of ownership. They have resisted being fixed.

Fugitivity is not only escape, “exit” as Paolo Virno might put it, or “exodus” in the terms offered by Hardt and Negri, fugitivity is being separate from settling. It is a being in motion that has learned that “organizations are obstacles to organizing ourselves” (The Invisible Committee in The Coming Insurrection) and that there are spaces and modalities that exist separate from the logical, logistical, the housed and the positioned.”

Memes have a long history of resisting ownership. In many ways, fugitive memes are characteristically poor in quality (low resolution), lowbrow or quotidian in content (or absurdist), and coded in meaning or language (identification with memes signals the viewer’s inclusion in a specific culture) so that they often resist legibility. Memes circulate widely online, unowned and constantly replicating and then mutating through numerous iterations created by the denizens of the internet, which enables these memes to survive through their virality rather than being bought or owned. For memes, the medium was and still is the message1.

Still, the NFT boom and the broader art market have1 continued to attempt to commodify such fugitive forms.

This month, Zoë Roth, the subject of an internet meme now known as “Disaster Girl,” has minted and sold the photograph of herself that the meme uses for 180 Ether—evaluated at more than $495,000 at the time of purchase. In April, an NFT of the Nyan Cat meme, a GIF of a flying cat with a Pop-Tart body leaving a rainbow trail, was sold for roughly $580,000. In 2018, KnowYourMeme, the internet’s Wikipedia for memes, curated its first exhibition, Two Decades of Memes, at the Museum of the Moving Image in Queens, New York, which showed the internet’s most prolific internet memes. It becomes clear that the increased entrance of memes into art spaces is indicative of their subsequent commodification and fixing.

Naturally, this is a pattern as old as time: Lowbrow art goes highbrow. But if more diverse and fugitive artworks’ entrance into the museum inevitably commodifies the artwork to meet the aims of private benefactors and institutional wealth, how is such inclusion liberatory or progressive? How is such an acquisition not an extension of colonial logic surrounding ownership? And most importantly, what does a museum space that doesn’t own work look like? Can it even exist?

1 Canadian communication theorist Marshall McLuhan believed that the medium itself, rather than the message it held, held more importance in communicating a message or meaning.