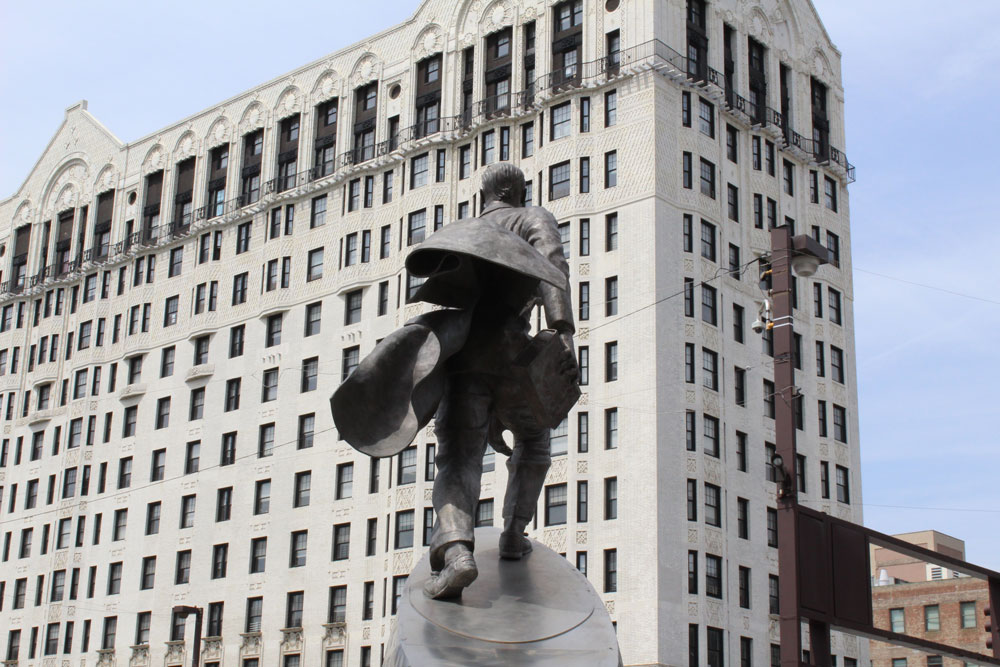 When I took this photo, I was thinking about something being “on deck.” The first thing—really the only thing—that caught my eye was the statue. I could have simply taken a picture of the statue itself, but that would not draw much attention, so I changed my position to behind the statue. One can see that he is running, but I wanted to depict exactly where he is running to: the Hotel Teresa. The picture came from my urge to answer to an unasked question: Where is he going in such a hurry? 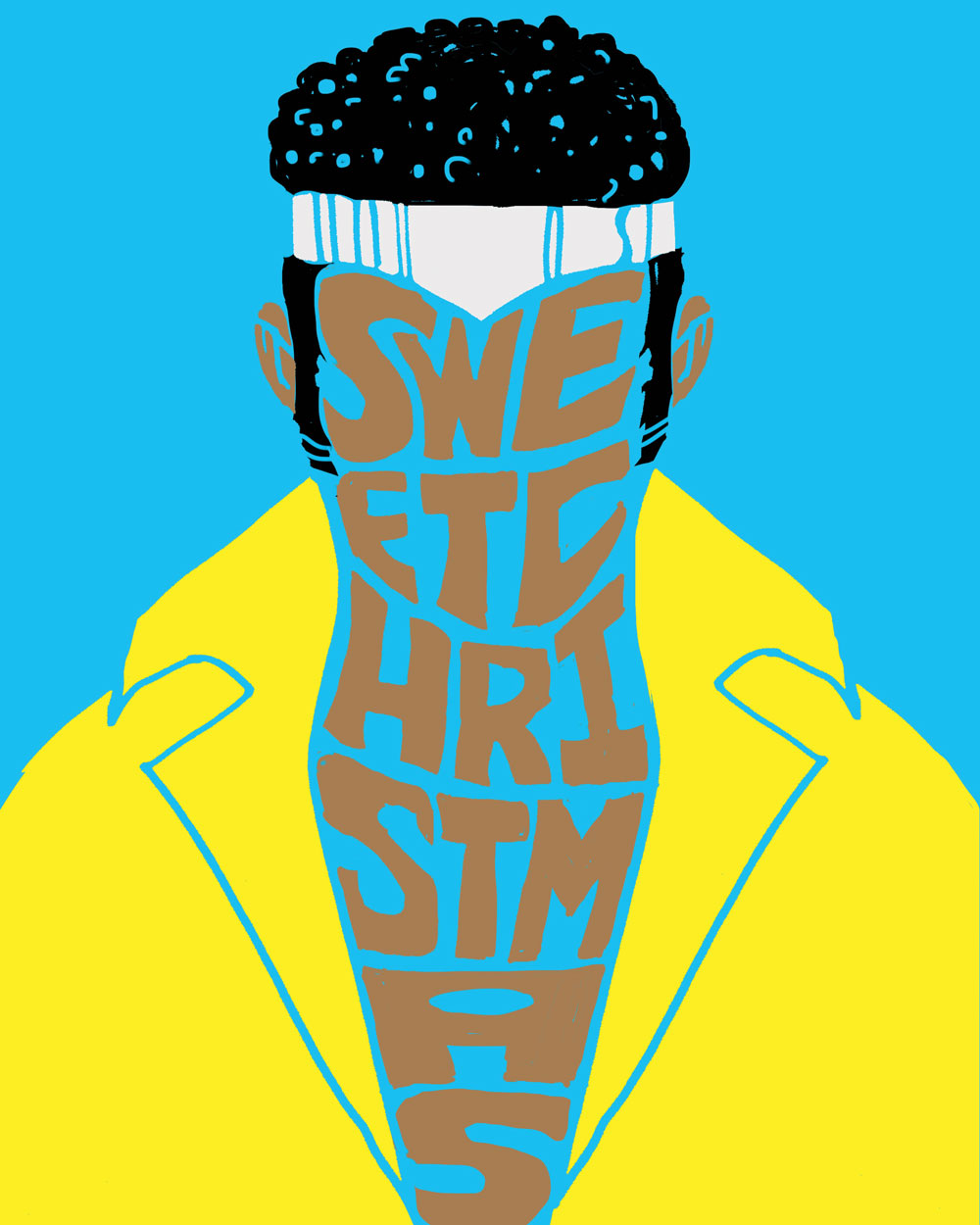 In some ways, Luke Cage is Harlem to me. In retrospect, he was written as a problematic jumble of stereotypes remixed with power fantasies, with “jive” talk that struggled to stand in for some kind of authenticity. To a young “blerd” (Black nerd) growing up in rural Mississippi, however, Luke Cage: Hero for Hire was one of the only representations of a Black protagonist in comics. His tagline, “Sweet Christmas!” is cringeworthy today, but it definitely struck fear in his enemies and provided young Black men a gateway—however skewed—into their own power. There are many Harlems and Cage is an index for a collection of dreams and signifiers that I never thought I would be able to experience firsthand. Decades later, I am one of the founders of the largest Afrocentric comic book convention in the nation. Yes. In the middle of Harlem. Dreams do come true. 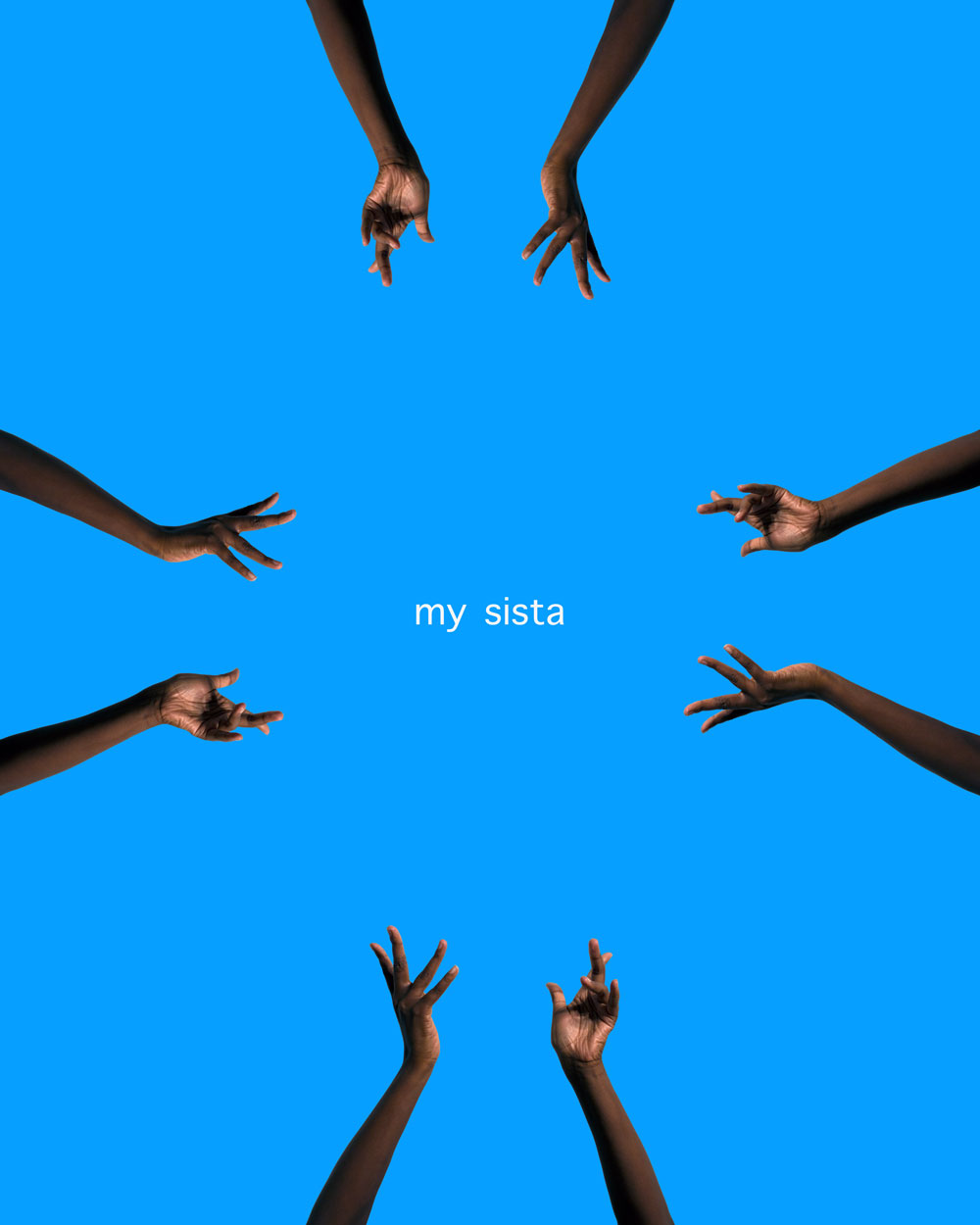 With this piece, I am thinking through the things folks say to me on the street as I move through the public spaces of Harlem; such phrases resist easy categorization and sometimes register as catcalls, sometimes as words of affirmation, sometimes as ambiguous, and sometimes as a conflation of different registers. I am interested in the way in which turning the aural into the visual can further open up new possibilities for meaning. 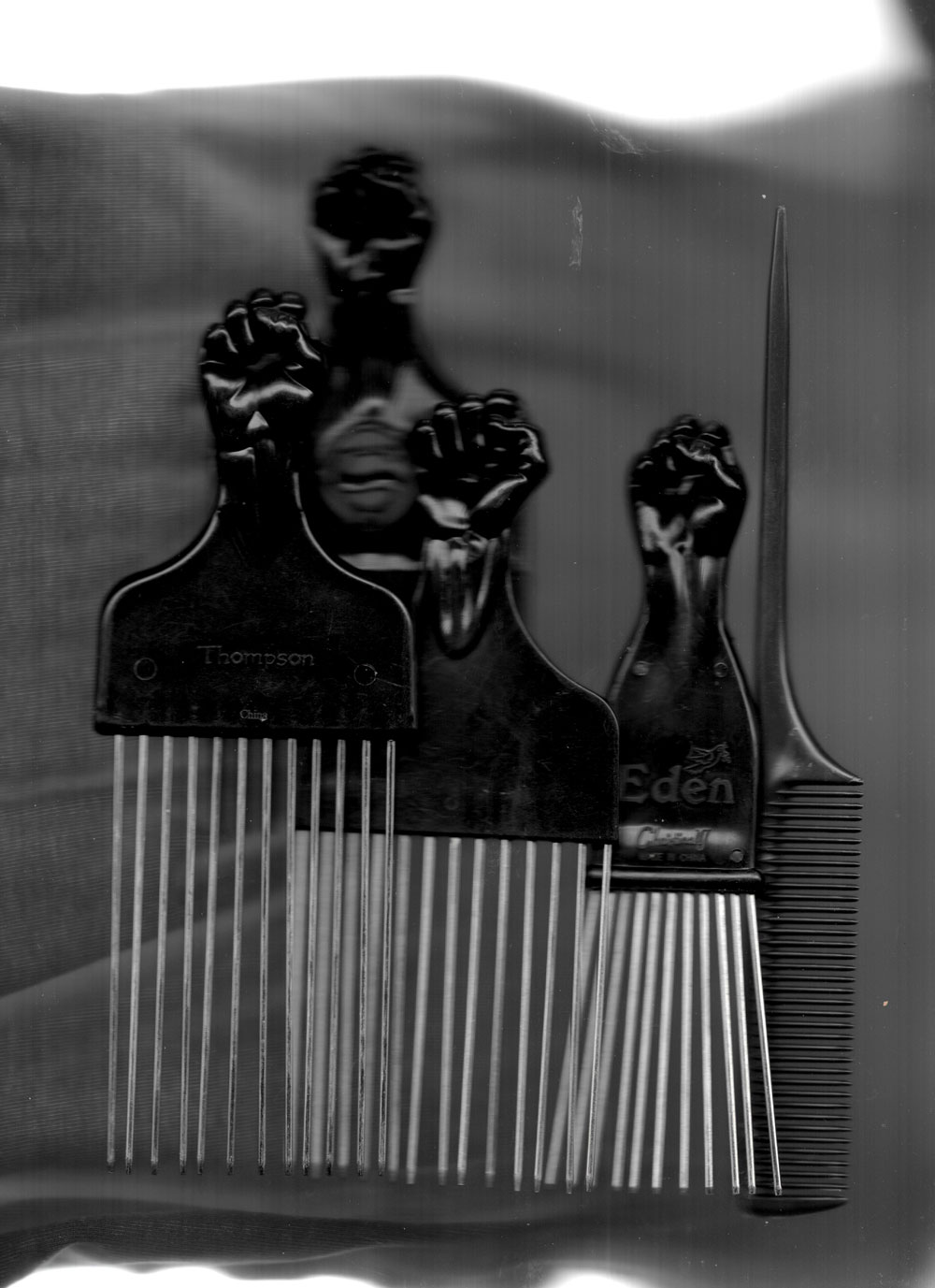 Time spent in Harlem continues to enrich my knowledge of the Black solidarity movements that brought together communities fighting for civil rights and independence from colonial powers and oppressive systems of governance. Though the triumphs of the civil rights movement and African liberation are marked in history, it is ironic that in present conversations we must still insist on a truth we have always known, that #Blacklivesmatter. Walking up and down 125th Street, I have often contemplated how BUY Black, Black POWER and Black IS BEAUTIFUL are still so potent today, as Black communities continue to find their homes, lives and dignity under threat.