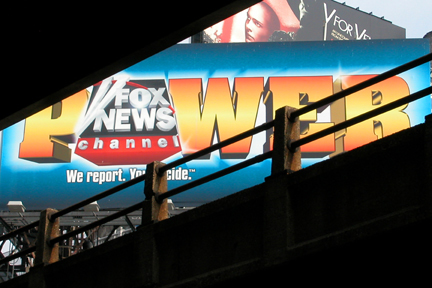 I first saw this billboard on the far western edge of Harlem as a distant reflection in the rearview mirror. As it soon vanished from sight, I thought I had exaggerated its audacity or imagined it altogether. Returning to the site a few weeks later, I found it as I had remembered it, though its message, which once seemed devastatingly clear, grew increasingly abstract the longer I looked at it. The sparkling block-gold letters stood in stark contrast to the cold Helvetica font of a Fox News billboard in New York’s financial district. What kind of identification with the aesthetic was being attempted here? What do they mean by power? Whose power, and to used to what end? To me, the perversity of the billboard lies in a kind of extreme irony that flaunts self-parody—self-mockery leveled back toward the viewer. But the way the media inform our consensual social order, the extremity of the billboard also functions as a cipher. As Jaques Rancière has warned, “The police order is not only a Big Brother, it is a kind of distribution of what is given to our experience, of what we can do. . . .” I think the same kind of partition between what is possible and impossible for us can be made by more sophisticated channels. It is wrong to focus on a horrible example like Fox News. The sophisticated media are also part of the police order, as a kind of distribution of what you are and are not able to do. 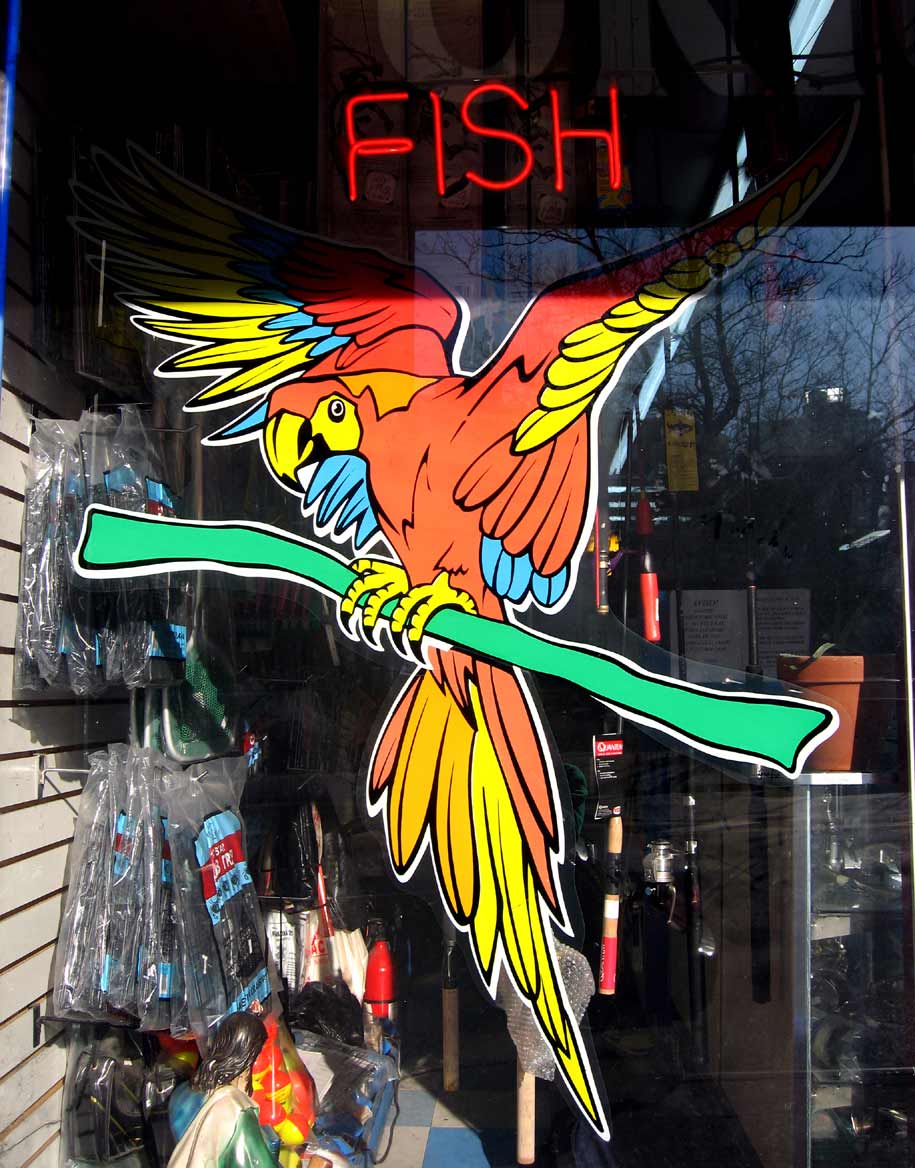 Managerial oversight, neighborhood joke or vortex to an alternate universe: this image sits somewhere between the accidental, the absurd and the meaningfully transformative. For me, this image implicates a concrete reality shift. 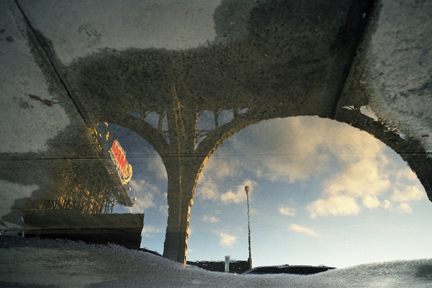 Reality and dreams lie so close together in Harlem that sometimes the transition is seamless, such as when potential wealth emerges from the shallows of squalor. 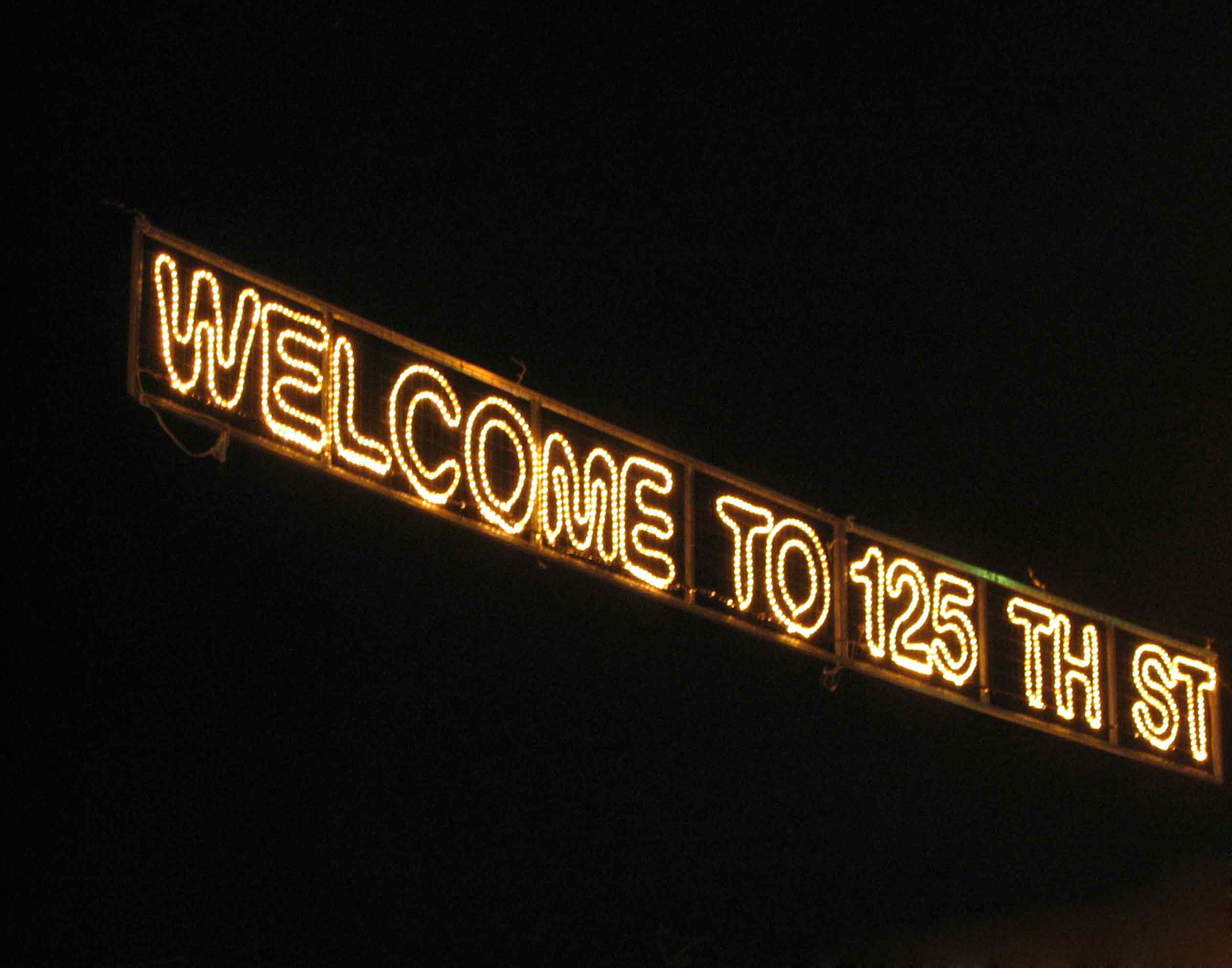 Every year a string of white lights illuminates a “Welcome to 125th Street” sign that hovers over the street. The sign lasts no longer than the holiday season before being turned off and neatly packed away for another year. Not wanting it to disappear too quickly, I was inspired to capture the coolness of the winter greeting. Its sentiments echo my interest in acknowledging a sense of place in the world—both real and imaginary. Harlem is a neighborhood I have become accustomed to calling home.