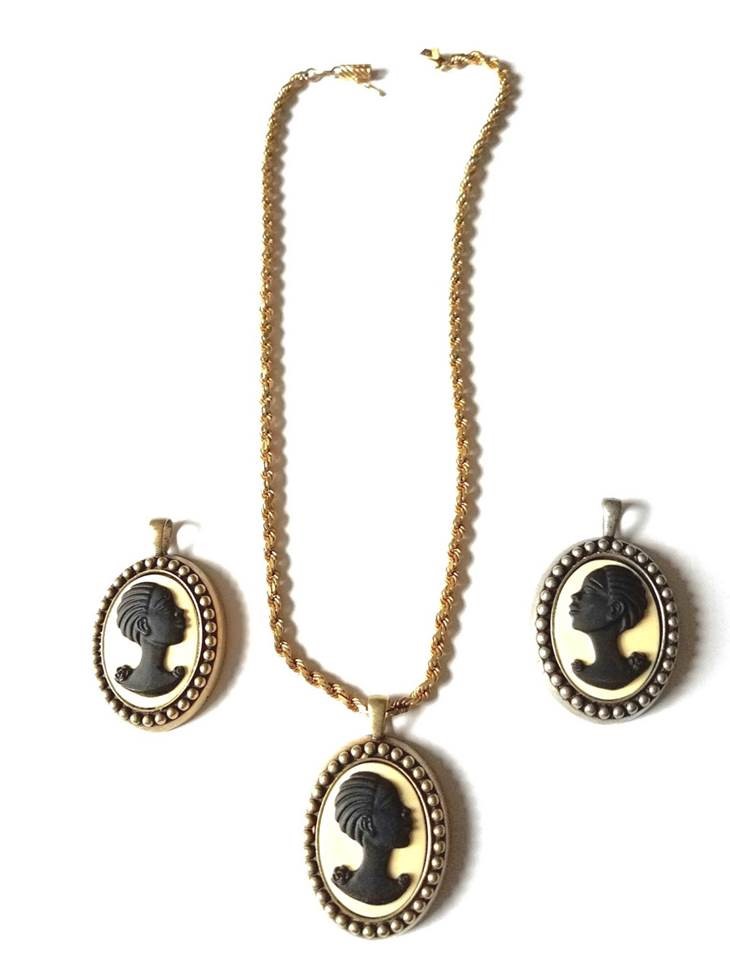 Join us in the Museum store for a unforgettable day of fun and shopping with Coreen Simpson, creator of The Black Cameo Collection.

In 1982, Coreen Simpson began designing and creating the kind of jewelry she desired, but could not find in stores. She experimented with unique combinations of stones, metal, and unusual materials, making what Vogue described as "Power Necklaces." In 1989, a client requested a cameo depicting a woman of color and Simpson was amazed that this item was conspicuously absent from the American marketplace. She was inspired to fill this void and in 1990 launched her signature jewelry piece The Black Cameo.