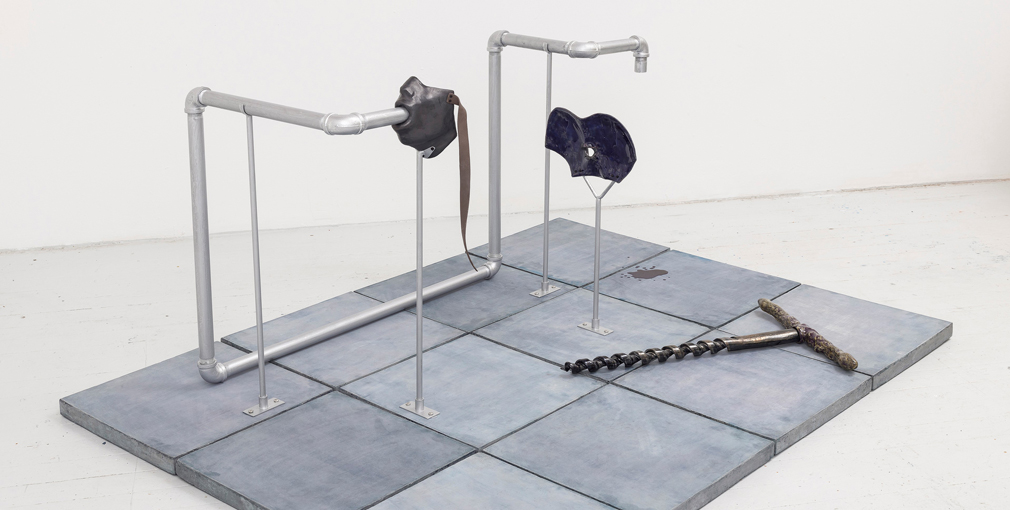 Join 2016–17 artist in residence Julia Phillips as she discusses her inspirations and source materials involved in the creation of works on view in We Go As They. This artist talk will offer insights into concept and material through explorations of film, music, and images as creative catalysts.

Julia Phillips was born 1985 in Hamburg, Germany and is a German, US-American interdisciplinary artist. Her most recent work is a series of ceramic and metal objects, `tools' and `apparatuses' which the artist invites the viewer to imagine a function for. The 'tools' incorporating partial body casts suggest subject-object relationships and question power dynamics, as underlined by titles like 'Regulator' or 'Objectifier'. Phillips intellectual interest are framed by psycho-analytical Black feminist thought and the body as a primary ground for experiences. She recently completed her participation in the Skowhegan School of Painting and Sculpture and the Whitney Museum Independent Study Program after having received her MFA from Columbia University and her BFA from the Academy of Fine Arts Hamburg (HFBK). Shortly after the residency at the Studio Museum, Phillips went to Brazil for one month as an artists in residence at the Goethe Institut in Salvador, Bahia. Her work has been shown internationally in Hamburg, Berlin, London, Vienna, Warsaw, Los Angeles, and New York and was featured in A Constellation, 2015, at the Studio Museum. Her next upcoming show will be the New Museum Triennial, opening February 2018.