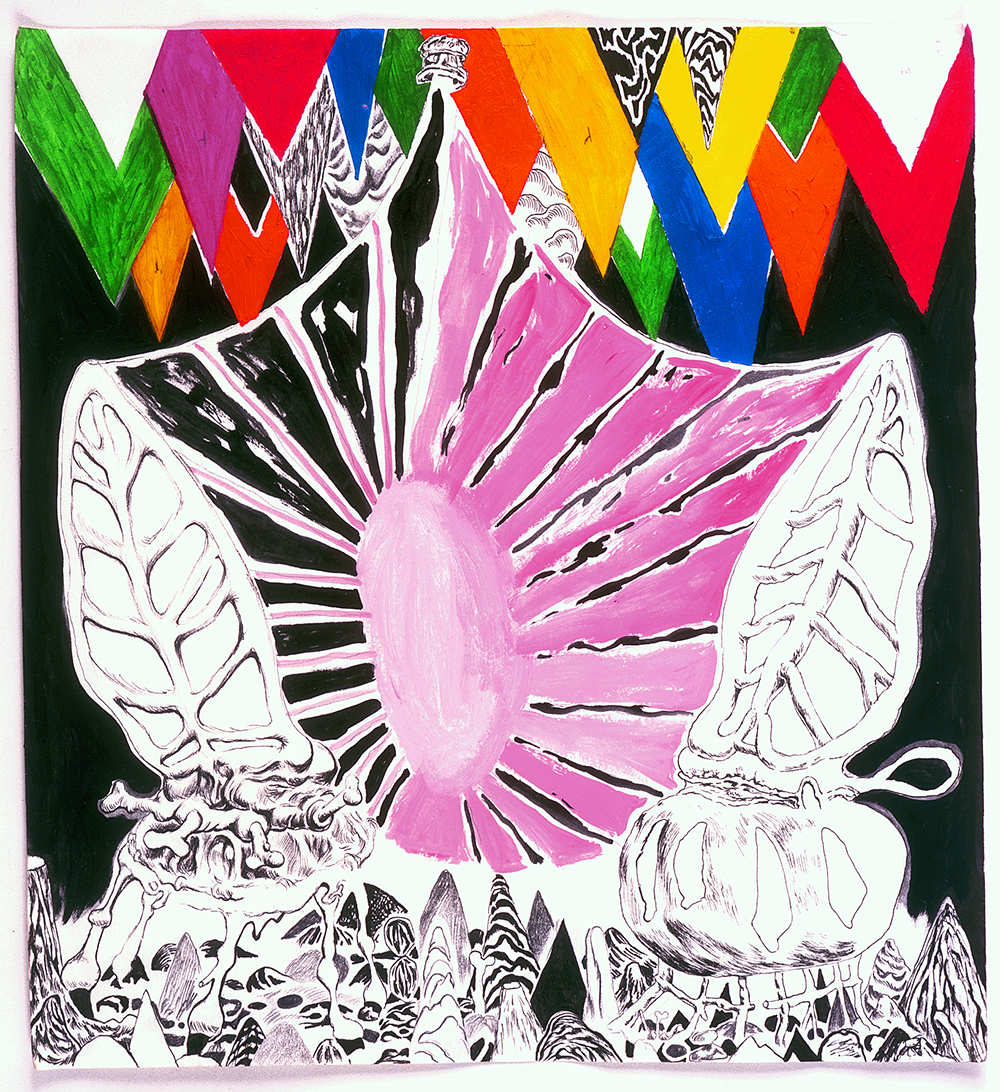 Graphite, ink, and acrylic on paper

In this edition of The Artist's Voice, Trenton Doyle Hancock and Stanley Whitney will discuss Hancock's drawings, collages and works on paper on view in Trenton Doyle Hancock: Skin and Bones, 20 Years of Drawing. Moderated by Lauren Haynes, Associate Curator, Permanent Collection, this conversation will explore the scope of this exhibition in relation to broader cultural concerns, and unpack the roles of performance, mythology and narrative in Hancock's practice. Following the discussion will be a question and answer segment.

This program is free with Museum admission, which is a suggested donation of $7 for adults and $3 for students and seniors.  RSVP to programs@studiomuseum.org to pre-register; however, all seating will be on a first-come, first-served basis.

Trenton Doyle Hancock was born in 1974 in Oklahoma City, Oklahoma, was raised in Paris, Texas, and currently lives and works in Houston. He earned his BFA from Texas A&M University, Commerce, and his MFA from the Tyler School of Art at Temple University in Philadelphia. In 2007, the Studio Museum awarded Hancock its prestigious Joyce Alexander Wein Artist Prize.

Stanley Whitney was born in 1946 in Philadelphia and currently lives and works in New York and Solignano, Italy. His works have been featured in numerous international exhibitions since the early seventies. His work was part of the 50th Venice Biennale (2003) in the project Utopia Station, and was also shown in the Dakar Biennal (2004). He is the recipient of the John Guggenheim Fellowship (1996) and Pollock-Krasner Fellowship (2002) as well as winner of the First Robert De Niro Sr. Prize in Painting (2011).