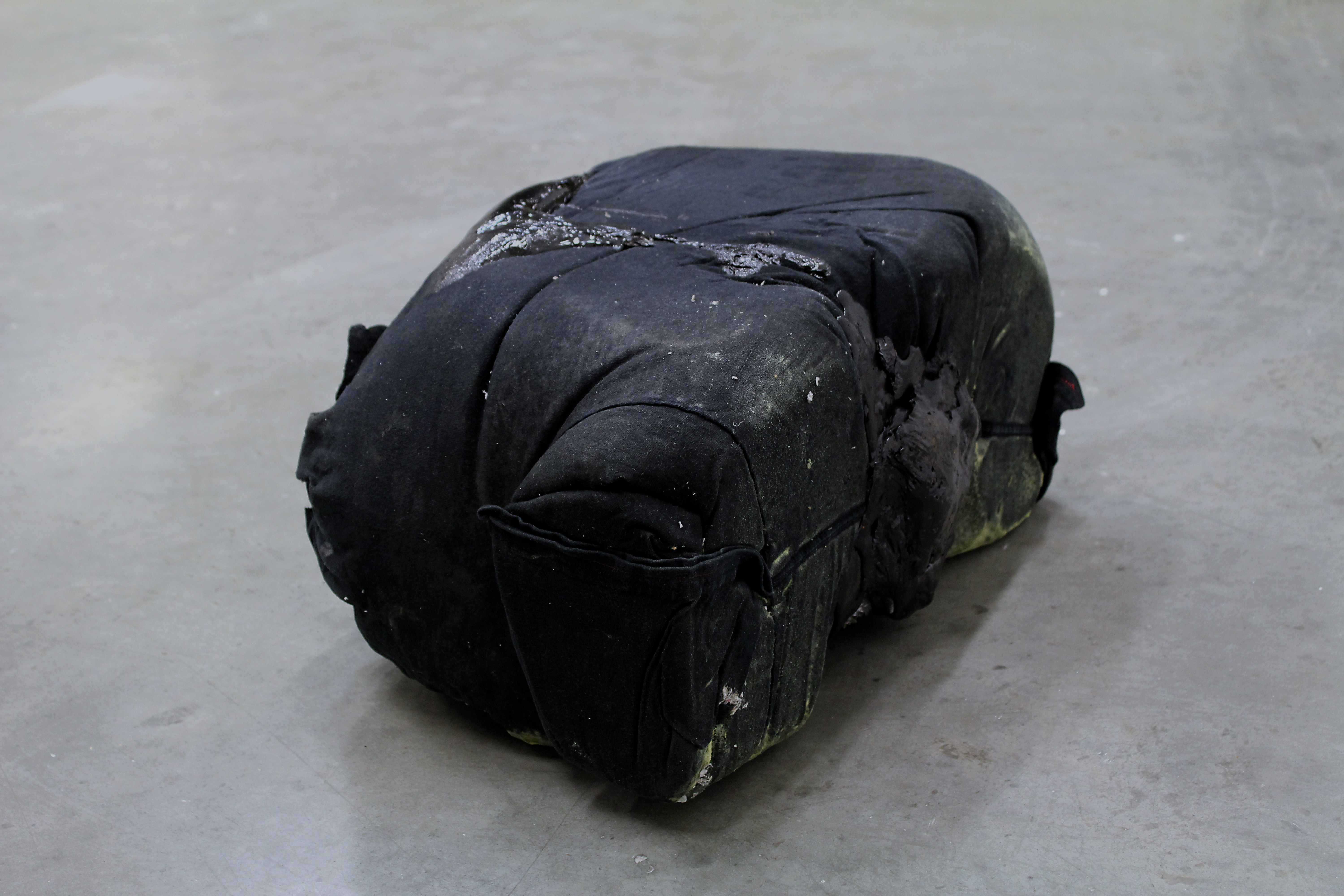 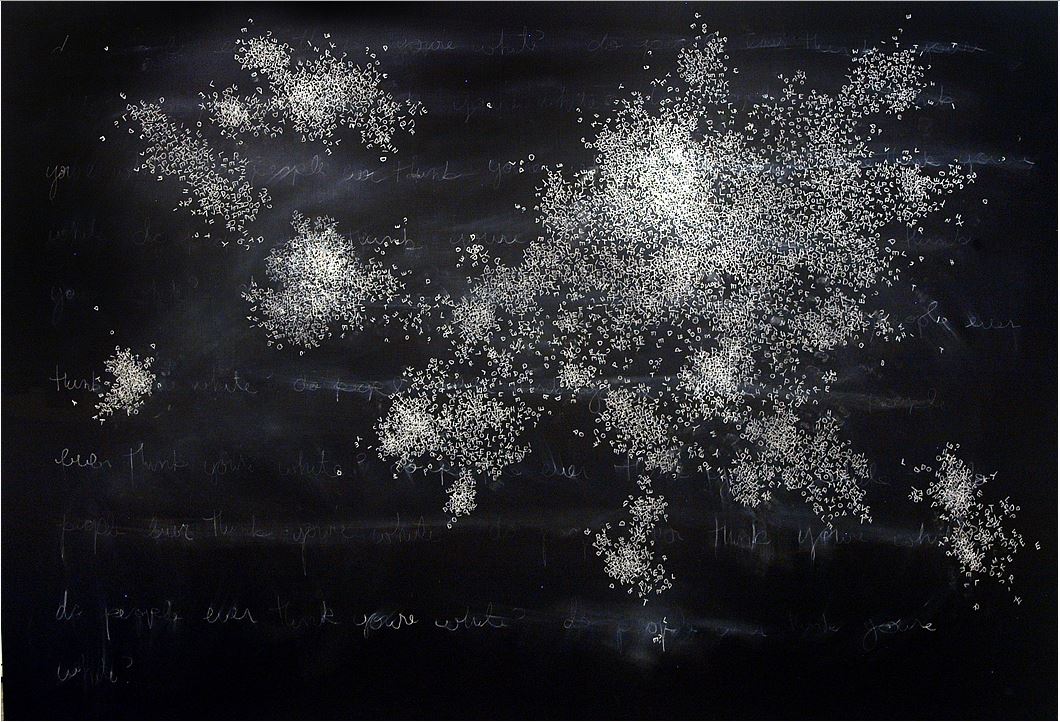 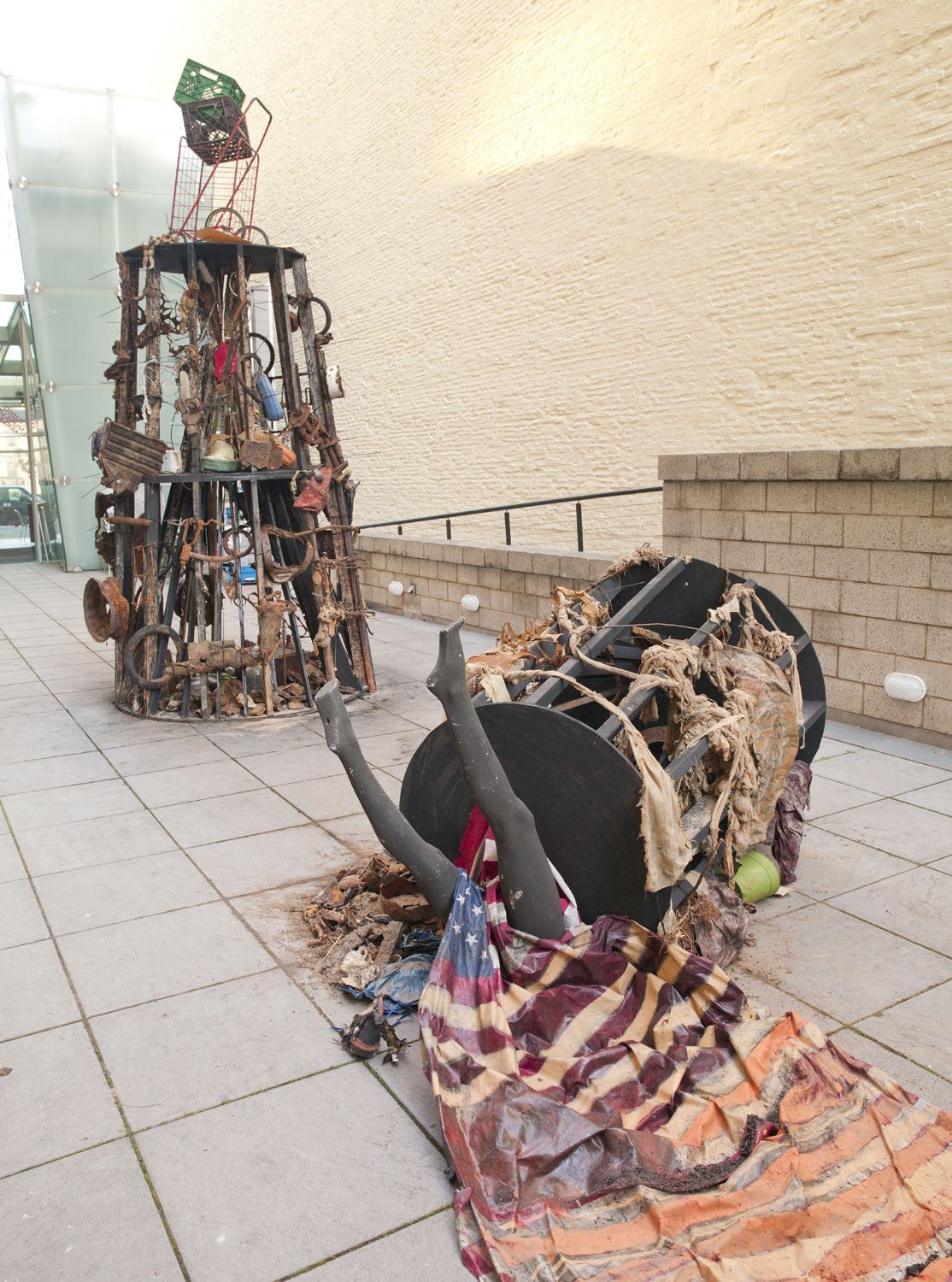 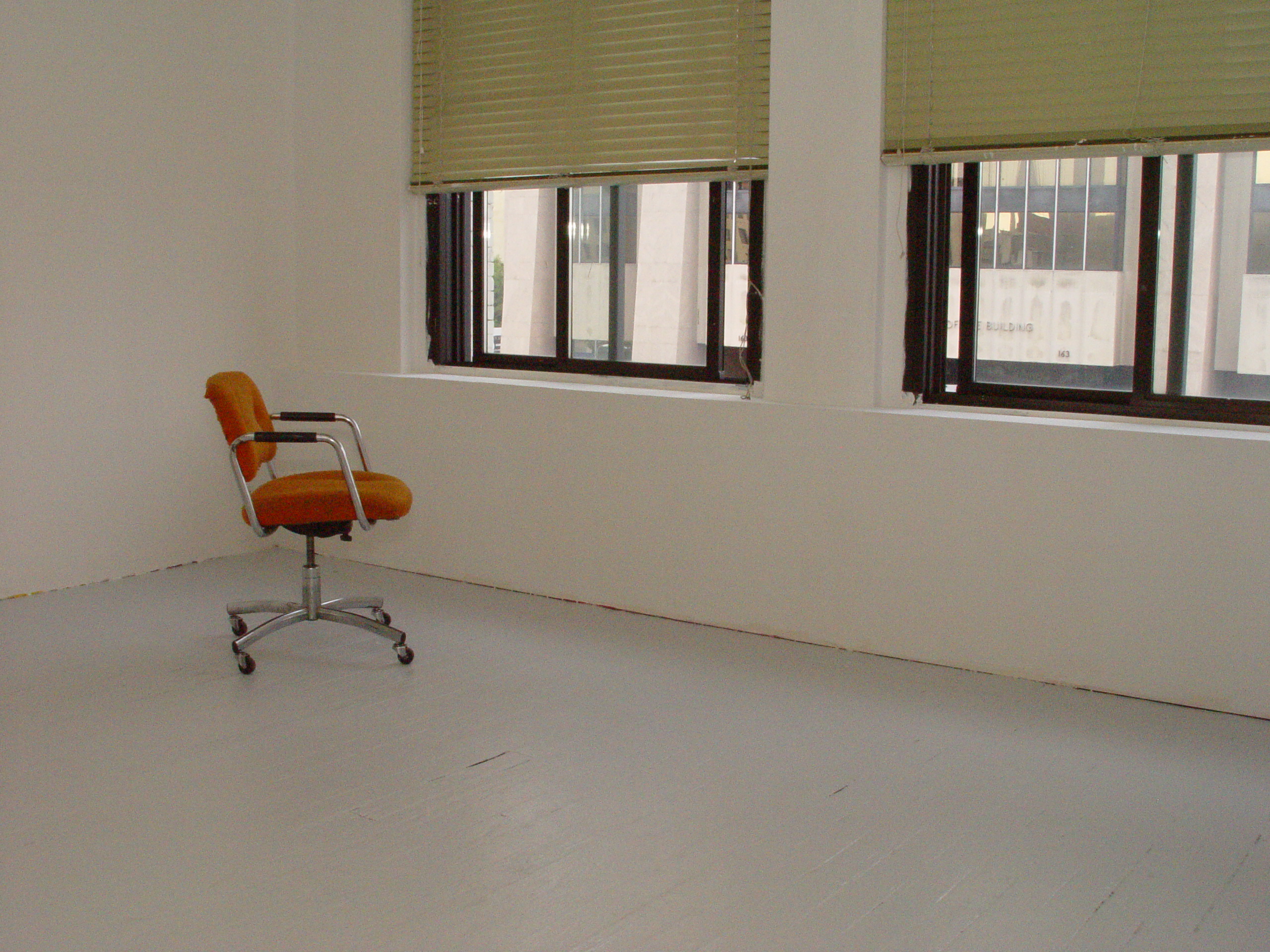 Bethany Collins
"Do People Ever Think You're White?" III, 2012
Courtesy the artist

Bethany Collins
"Do People Ever Think You're White?" III, 2012
Courtesy the artist

Guests are invited to visit the working studios of the new 2013–14 artists in residence during the 2013 Fall/Winter 2013–14 Open House on Sunday, November 17, 2013. The studios are located on the third floor of The Studio Museum in Harlem. All three artists will be present.

The Artist-in-Residence program was conceived at the Museum’s founding in 1968 and has supported more than one hundred graduates who have gone on to highly regarded careers. Every year, the Museum offers twelve-month studio residencies for three emerging artists. Each artist is granted a free studio space on the Museum’s third floor, a $20,000 fellowship and a $1,000 materials stipend. The program is designed to serve emerging artists of African and Latino descent, working across all media, locally, nationally, and internationally. At the end of the residency, an exhibition of the artists’ work is presented in the Museum’s galleries.

About the artists
Kevin Beasley was born in Lynchburg, Virginia, in 1985. He holds an MFA from Yale University (2012) and received a BFA from the College for Creative Studies in Detroit (2007). Beasley creates sculptural installations composed of found materials and refuse. He also creates works in sound that are similarly invested in physical presence. Beasley's works have been featured in recent exhibitions, including Fore at The Studio Museum in Harlem (2012–13), Some Sweet Day at the Museum of Modern Art (2012) and An All Day Event, The End at Danspace (2012).

Bethany Collins was born in Montgomery, Alabama, in 1984. She holds an MFA from Georgia State University (2012) and a BA in Studio Art and Visual Journalism from the University of Alabama (2007). Collins is a painter who focuses on dual perception and multiplicty in the seemingly binary. Her works have been exhibited in solo and group exhibitions at notable venues throughout the United States, including the Museum of Contemporary Art of Georgia and the Hammonds House Museum. Collins was recently accepted into the Viewing Program at The Drawing Center in New York.

Abigail DeVille was born in New York, New York in 1981. She holds an MFA from Yale University (2011), where she received the Alice Kimball Traveling Fellowship. DeVille received her BFA from the Fashion Institute of Technology in 2007 and recently completed a residency at the International Studio & Curatorial Program. Through bricolage, painting and sculpture, DeVille engages with material culture through found objects. Her work straddles two conceptual frames: the infinite expanse of the universe and the claustrophobic space of the urban environment. DeVille's work has been in exhibitions at the New Museum, Contemporary Arts Museum Houston, Bronx Museum of the Arts, and Institute of Contemporary Art in Philadelphia.