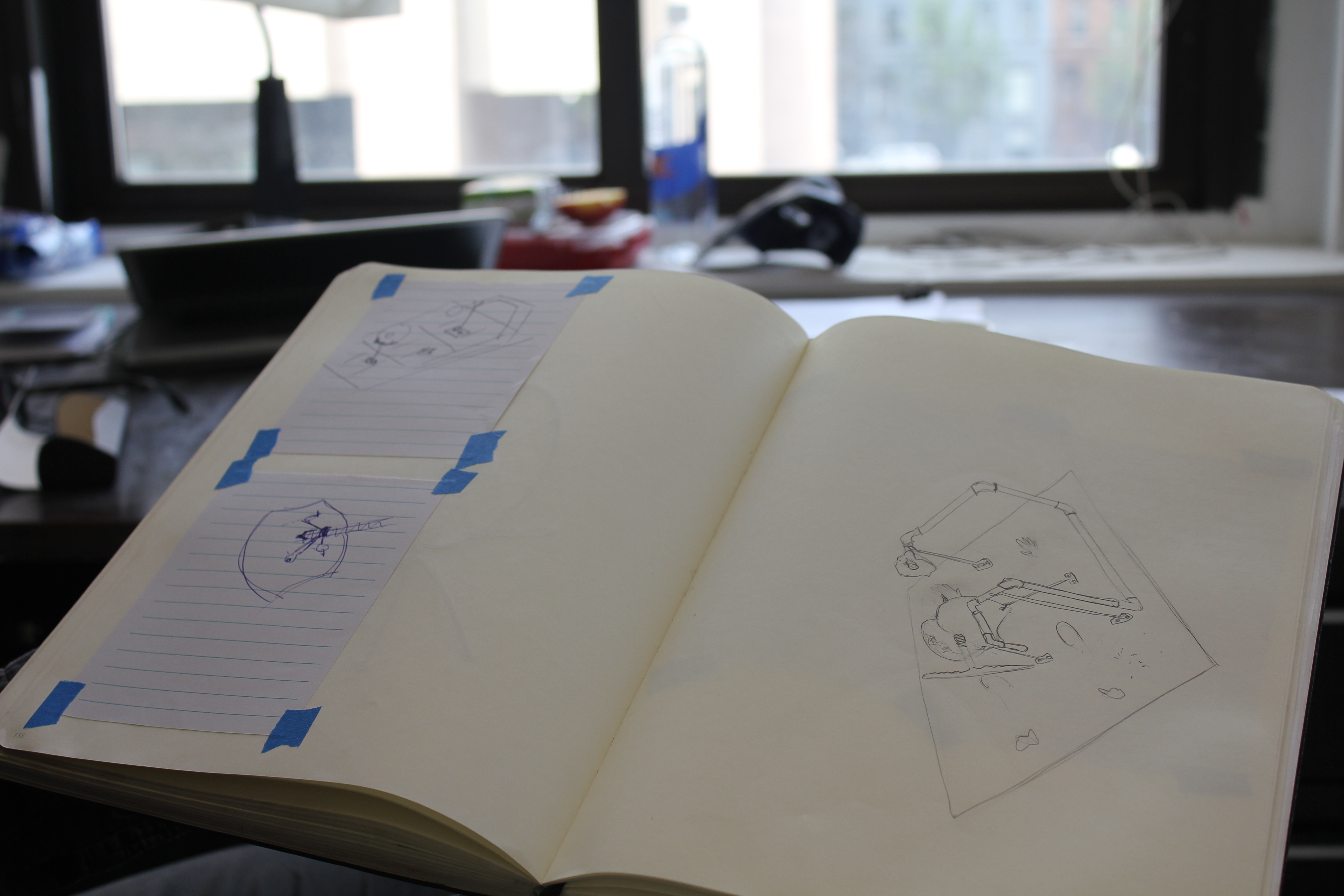 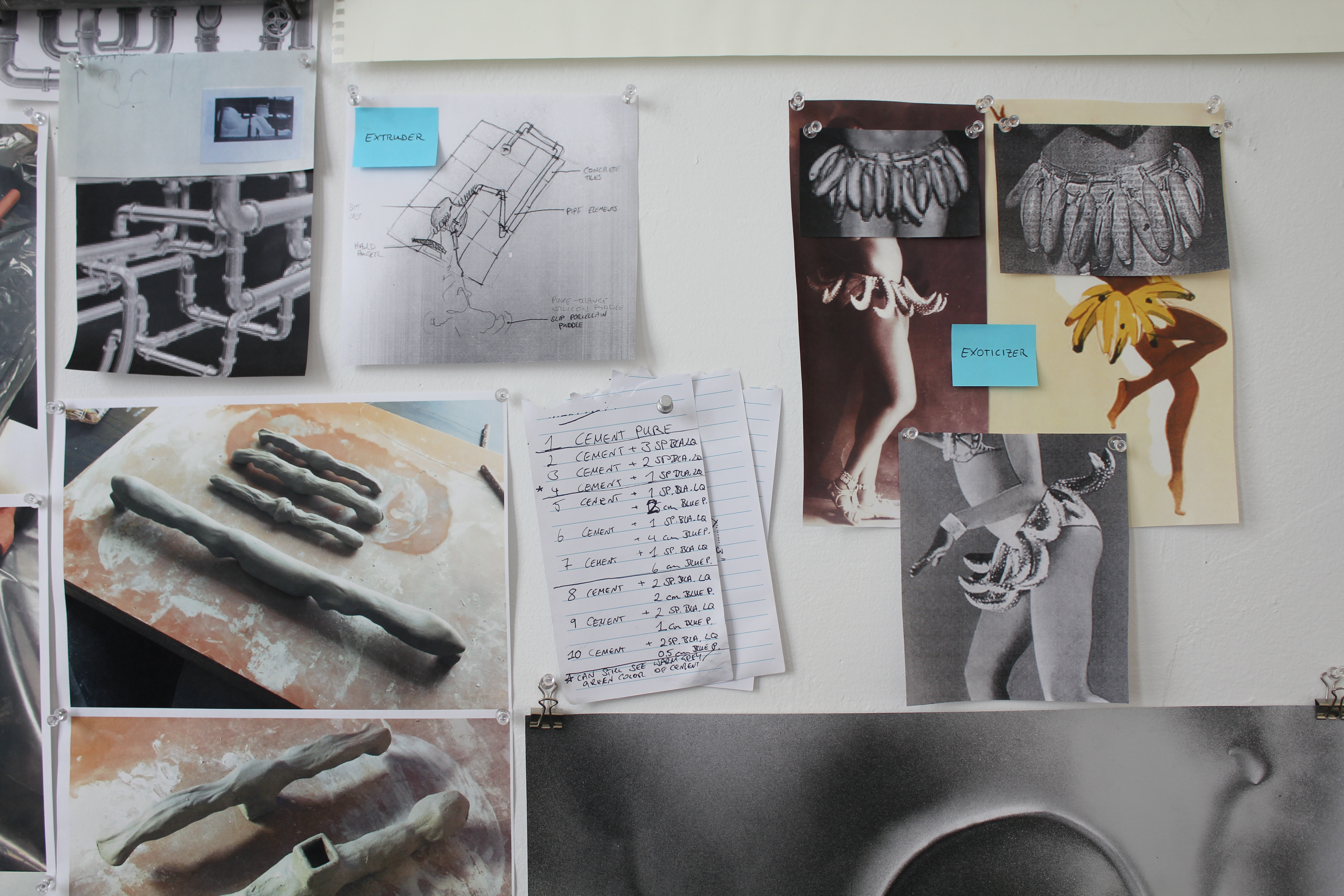 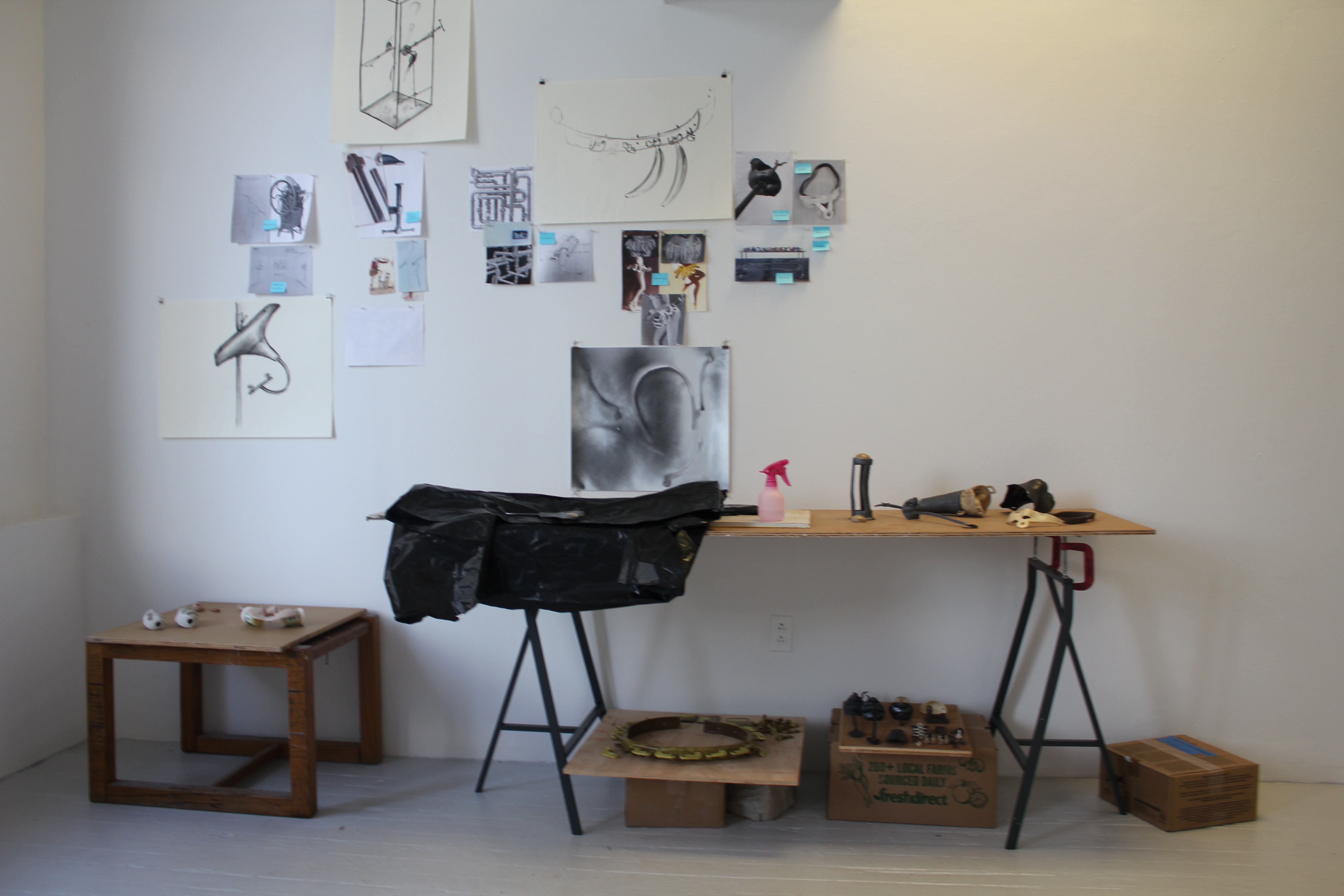 Julia Phillips’s practice draws from personal space, memory, and subconscious desire, from which she creates tools that relate to the body. Each of her sculptures is an imagined tool, with a title describing the function of the object as well as its potential user. Born in Germany, Phillips completed her MFA at Columbia University prior to her residency at The Studio Museum in Harlem. Before becoming an artist in residence, her work related to the body in a general sense. During her time at the Museum, however, she has shifted her practice to create works related to specific bodies with historical reference, like Saartje Baartman and Josephine Baker.

When asked about the spark for this change, Phillips points to the privilege of shared knowledge, specifically Black shared knowledge. “I don’t have to go into an explanation of who Saartje Baartman is or was, the same with Josephine Baker. I can comfortably assume the person who comes to my studio here would know these women and certain figures. I can emerge into higher discourses without having to explain the basics.” When she isn’t sculpting, Phillips spends her time delving into this higher discourse with Andy Robert and Autumn Knight, with whom she shares studio space. “I’ve realized this privilege partially because I have such good dialogues with them. We talk to each other quite a bit.”

Phillips describes herself as a “sculptor who draws.” Each three-dimensional tool she creates begins as a drawing in a large sketchbook gifted by her mother—she flips through the pages to show me a drawing from last July that came to mind while sitting under a tree, which still hasn’t left her sketchbook. From a sketch to research to completion or rejection, it can take up to a year to finish a work. A sculpture is only finished when it lives up to the original idea in her mind.

In her studio overlooking 125th Street, Phillips shows me a sculpture she glazed a few weeks prior. “I took it out of the kiln and it wasn’t at all what I’d expected to see. This piece I really could not stand, and I was convinced I had to make another version.” One of the many things she says she has learned from her friend, mentor, and former professor, Simone Leigh, is to sit with work for a while before rejecting it. Today Phillips smiles looking at the sculpture proudly, “Now it’s one of my favorites.”

Introducing the 2021–22 Artists in Residence